The week that was in NJPW World history [August 8-14]

As the hot summer wears on, the action has always been at its hottest in the cerulean blue. From baseball stadiums overseas to legendary venues in Japan, there’s a lot to break down this week! 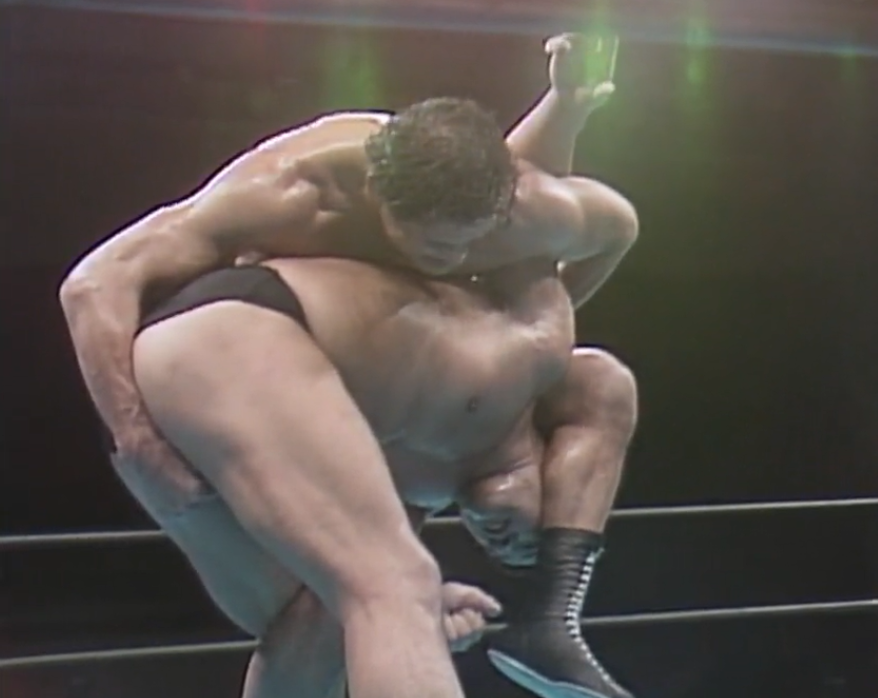 The Yokohama Cultural might be known by recent fans for a scintillating Shingo Takagi vs Tomohiro Ishii main event in 2019, or the performances of Yokohama native Minoru Suzuki. For the long time fans however, it’s known as the place Tatsumi Fujinami truly arrived at the top in NJPW. It was here that Super Monday in Yokohama saw he and Inoki go to a one hour draw over the IWGP Heavyweight Championship, in a match that truly saw the torch passed to the Dragon, and saw the beginning of the end of Inoki’s active in-ring career.

Inoki had won the 1987 IWGP League to become the first IWGP Heavyweight Champion to regularly defend his title (earlier IWGP league winners would receive a title belt that was defended once a year). He would hold the title for 325 days, with four successful defences, until an injury in May forced him to vacate his title. Fujinami would defeat Big Van Vader to fill the vacant spot, and even though his own injury issues would necessitate relinquishing the title for a brief period, he would win the IWGP title right back when he beat bitter rival Riki Choshu.

Fujinami was the man, but he still wasn’t The Man. Many assumed it would be a matter of time before Inoki would come to claim the title he never lost from the man who never beat him (one on one at least). On December 12 1985, Fujinami and partner Kengo Kimura became the first ever IWGP Tag Team Champions when Fujinami shockingly pinned Inoki in the middle of the ring. Could history repeat in this singles match?

Sunday August 9 1980: Shea in the Excitement 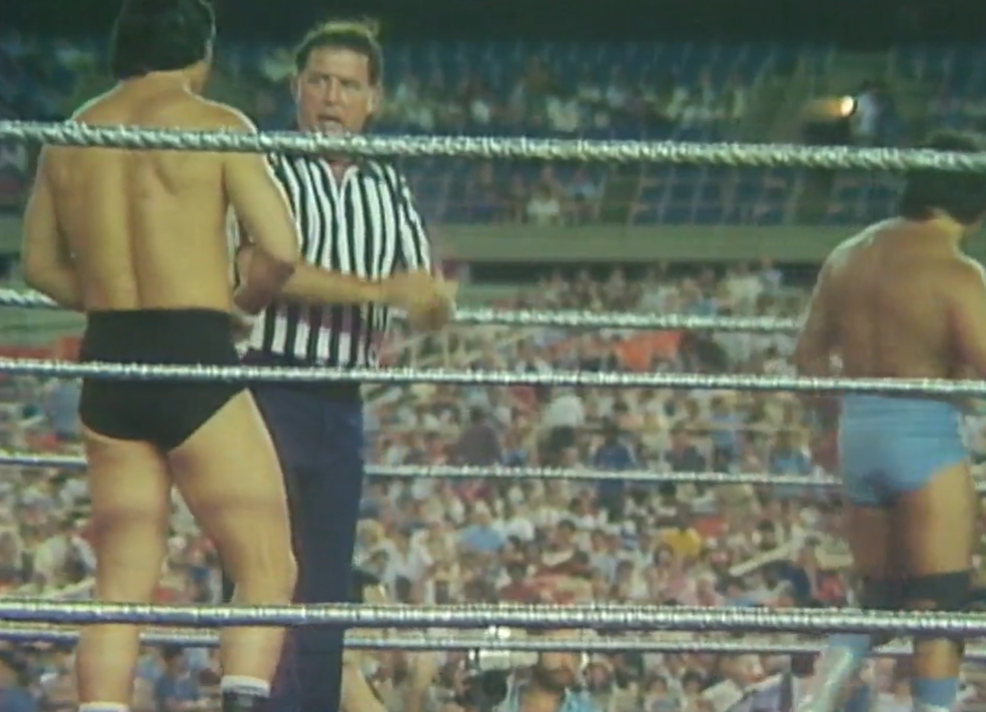 As Summer Struggle continues in Japan through the month of August, everything is leading to Jingu Stadium, where NJPW action returns to the open air baseball stadium for the first time in 21 years. There, IWGP Junior Heavyweight Champion Hiromu Takahashi will defend his title against Taiji Ishimori; a similar set of circumstances then to Tatsumi Fujinami 40 years earlier.

Then of course, it wasn’t Tokyo Japan, but New York in the USA that saw outdoor action. Shea Stadium would play host to Showdown at Shea, with both Fujinami and Inoki, eight years prior to their famous 60 minute draw, would be on the card, Fujinami defending his WWF Junior Heavyweight Championship for the 12th time (and only one day after his last defense on the other side of the country against Tom Pritchard). His opponent was a man who NJPW fans were familiar with in his tours of Japan in Chavo Guerrero, but The Dragon was not going to relinquish his title for a long while yet.

From the history entrenched in Yokohama and Shea to another legendary wrestling venue, the Nippon Budokan saw G1 finals action for the second consecutive year in 2019. The main event would see Kota Ibushi face Jay White in the tournament finals, but the biggest shock of the night was a new member of BULLET CLUB lending ‘moral support’ for the Switchblade’s entrance.

Earlier in the weekend, Tama tonga had made reference to a top caliber athlete coming BULLET CLUB’S way, but nobody could have guessed that figure would be KENTA. In the midst of tag team action that was supposed to see KENTA team with Tomohiro Ishii and YOSHI-HASHI, KENTA dropped off the apron rather than accept an Ishii tag, and then land a Busaiku Knee and Go2Sleep to the Stone Pitbull.

KENTA had indeed joined BULLET CLUB to the amazement of many, least of all the best friend who had stakes his reputation on bringing ‘Lil’K’ into NJPW just over a month prior. A furious Katsuyori Shibata would charge the ring and tear into KENTA as the Budokan crowd exploded, but Shibata was no longer an active wrestler, and the BULLET CLUB numbers game was too much. A PK later and in the ultimate display of mockery, KENTA sat cross legged on the Wrestler’s chest, a relationship in tatters.

Relive the moment on NJPW World! 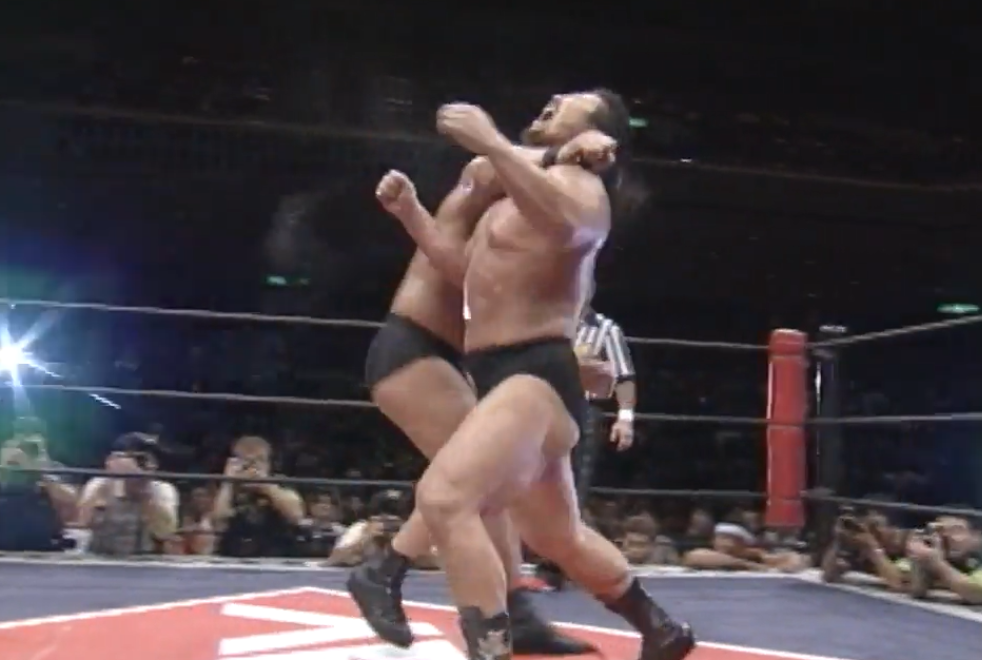 Earlier this week, the G1 Climax 30 schedule was announced. 30 years of the toughest tournament in all of professional wrestling is certainly something worth celebrating, and in 2000, the tenth ever G1 Climax was similarly celebrated, culminating in an eventful night for the finals in Ryogoku.

Earlier in the evening Masanobu Fuchi of All Japan Pro-Wrestling made a shocking appearance, declaring a desire for the long existing walls between AJPW and NJPW to be broken down. That desire would eventually lead to AJPW’s Toshiaki Kawada facing Kensuke Sasaki in the Tokyo Dome, but on this night, the IWGP Heavyweight Champion he had his hands full enough.

Opposite him in the final was 1999’s winner Manabu Nakanishi. Nakanishi had overcome a loss in his first match to Hiroyoshi Tenzan to eventually tie for the top of Block C with Tenzan, this being the one and only G1 in history to have four blocks of competitors. Nakanishi and Tenzan went to a playoff, the Yajin winning and looking to be the first back to back winner of the tournament since Masahiro Chono in 1991 and 1992. Sasaki was looking for his own second G1 victory, as well as to become the second reigning IWGP Heavyweight Champion to win the G1, after Keiji Muto in 1995.

With plenty at stake as a sea change could be felt within New Japan, Sasaki and Nakanishi tore into one another with exactly the kind of hard hits fans had come to expect from both men. 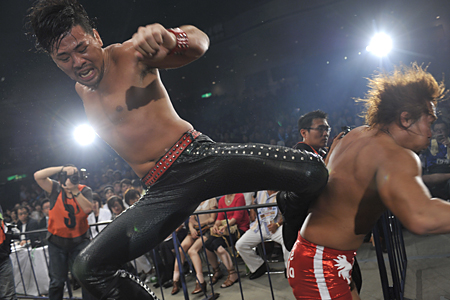 Fast forwarding 11 years, G1 Climax XXI would introduce the two block, 20 wrestler format that would become the standard in modern years from 2015 onward. The final saw two men in Shinsuke Nakamura and Tetsuya Naito both seeking the summer’s greatest prize in a bid to truly break through into the forefront of New Japan consciousness.

In Nakamura’s case that despite years at the top of NJPW and three IWGP Heavyweight Championship reigns. It wasn’t until recent years however, and taking the helm of CHAOS that the King of Strong Style truly arrived. G1 Climax XXI victory would be a mandate for the Shinsuke Swagger to really take form in New Japan, and when the IWGP Intercontinental Championship was added to Nakamura’s collection in 2012, a legend was truly born.

Tetsuya Naito would take a similarly long path to finally capturing the heats and minds of the NJPW faithful, but he was impressing many in 2011. Naito had, not long before, been wrestling under Nakamura in CHAOS, but everything started to change in 2010. Naito had significant success with partner Yujiro Takahashi in NO LIMIT, until his focus was taken by a competitive singles feud with Hiroshi Tanahashi that caught many an eye. Jealousy and a lack of tag team success would result in Yujiro and CHAOS kicking Naito out of the group, leaving the then Stardust genius driven by revenge over his former teammates in the G1.