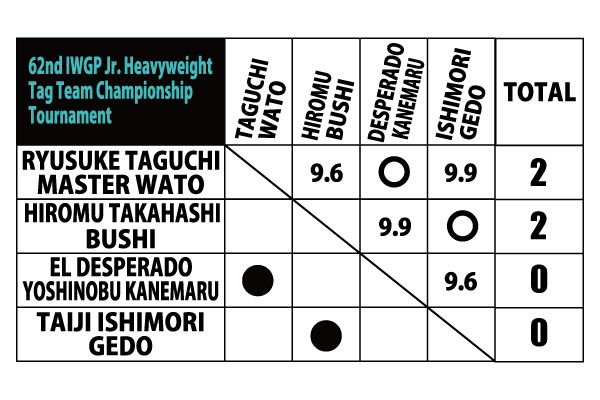 Yoshinobu Kanemaru and El Desperado brought a sizable edge in championship experience as a duo over their opponents in Chiba, the young Master Wato, and the master Coach, Ryusuke Taguchi. 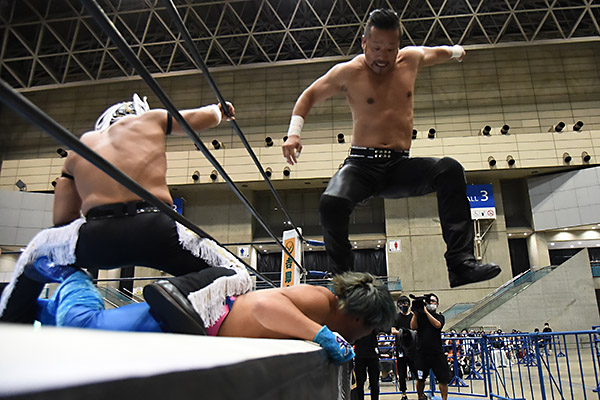 Wato was eager to get revenge early for a crushing loss to Kanemaru in Jingu last week, and flew at both opponents with lightning fast feet before Desperado prevented a springboard and yanked him off the apron. The Suzuki-Gun tandem took that opening and exploited it to its fullest, working over Wato with simple and brutally effective holds and slams.

A solebutt from Wato though, and Taguchi was in, raining B-Triggers to both opponents before taking to the sky with a plancha to Desperado. An Atomic Drop slowed the rearward advance from Taguchi, but the Coach persisted, attempting first an ankle lock and then Dodon before being cut off with a spear. 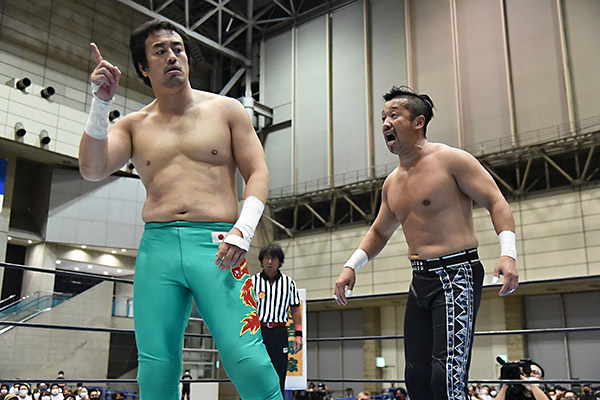 A spinning Hip Attack to Kanemaru brought Wato back in, but the young man’s pace was cut off with a British Fall. Kanemaru then hit Deep Impact for what would have been three, but the tag mastery of Coach Taguchi led to the pin being broken up. Wato would get free of a potential Touch Out attempt by Kanemaru, and a Bummer Ye by Taguchi would lead to a nearfall with Recientemente. Now with the momentum finally in his grasp, Wato would dive to Desperado, and follow a Taguchi Dodon on Kanemaru with RPP for the win. 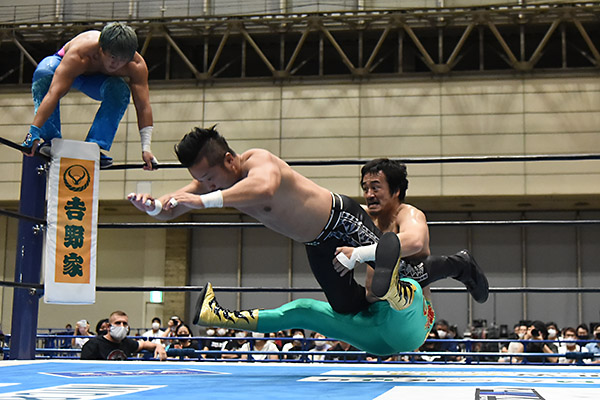 BUSHI and Hiromu Takahashi appeared with newly remixed music and matching masks for their entrance, and this was more than a mere cosmetic show of loyalty. The LIJ duo worked with speed and efficacy in the early stages, taking Ishimori out of the equation and isolating the beard of Gedo with some painful work on the facial follicles.

When Gedo was able to tag out however, things got a lot more serious for Hiromu, in the ring with the man who beat him for the IWGP Junior Heavyweight Championship just a week earlier. Ishimori continued his work on Hiromu’s left shoulder, and when he sent the Time Bomb outside the ring, Gedo was waiting with a leather belt. 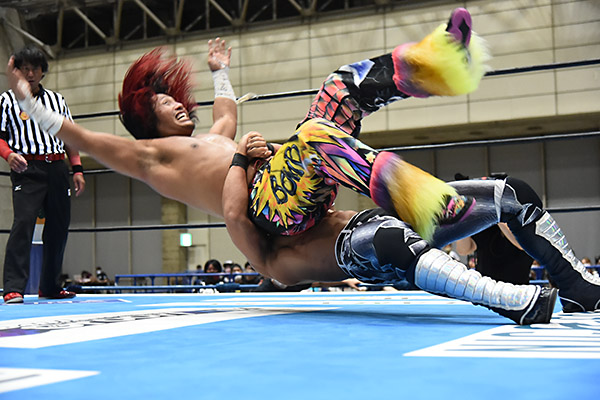 Punishment continued, with shots to an exposed BULLET CLUB turnbuckle, but a desperate Hiromu was finally able to create distance with a Dragon Screw. BUSHI came in hot off the tag with a double Frankensteiner to both his opponents, and a DDT to Gedo for two. BUSHI retained the pressure on Ishimori, resisting an attempt at the Bone Lock, and bringing Hiromu back in to fire off a shotgun dropkick. 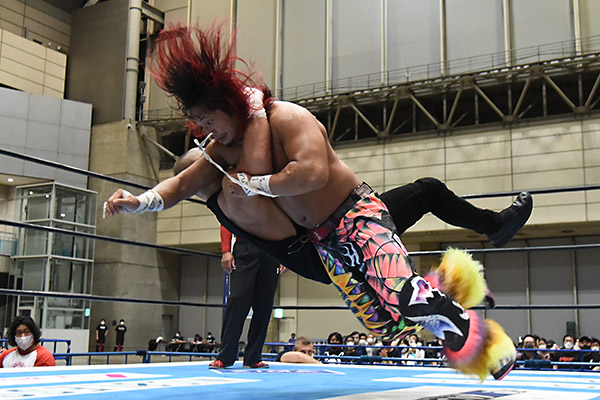 Ishimori proved he still had the former champion’s number however. A sliding German connected and Ishimori followed with an attempt at Bloody Cross, eventually landing a knockdown lariat when a series of counters saw both men throw their best shots at one another. A Jingu replay ensued, as Ishimori connected with La Mistica into the Bone Lock, but BUSHI was able to make the save. 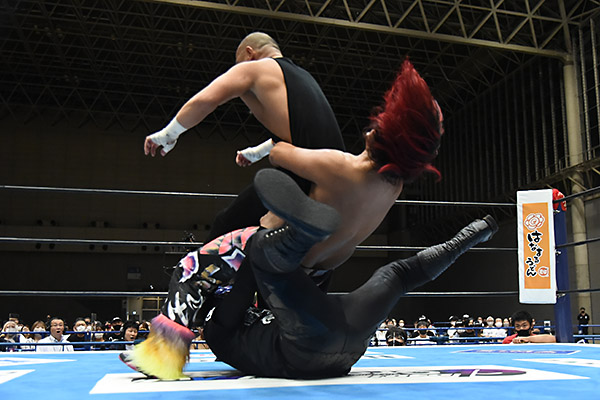 After an overhead belly to belly into the corner by Hriomu saw a tag both ends, BUSHI was able to fly at Gedo with a tope suicida, but a follow up MX saw Ishimori run in to counter with a Codebreaker. Hiromu scored his own powerbomb in retaliation, and Gedo followed with a Complete Shot as the match broke down. Seizing the opportunity, Gedo grabbed some brass knux, but was cut off by BUSHI; as Hiromu rejoined the fray in spectacular form, Gedo was left alone to take LAT for the LIJ victory. Tag league action continues tomorrow. 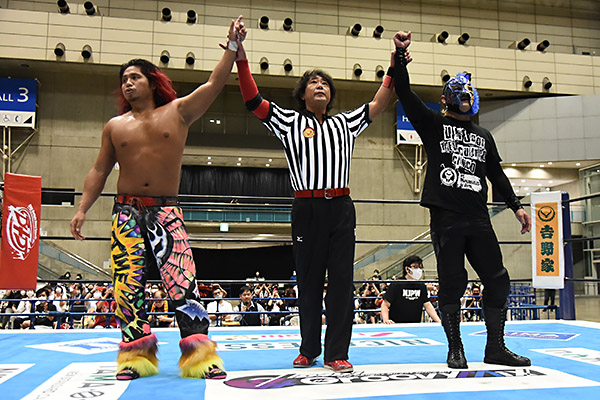