–Last time we talked a bit about your moveset as a Young Lion. Considering how muscular you were, you had impressive bridging ability.

Tanahashi: I did, yeah.

–You broke the stereotype of muscular guys that are relatively immobile.

Tanahashi: Well, I had to work at it. It was tough. Like, I would bridge for five minute intervals, just on the tips of my toes and my forehead. I had a lot of respect for the bodybuilding world, so I definitely wanted to shake that stereotype of the inflexible muscle guy. There is that thinking, that this is a physique driven business, but strength and muscularity go hand in hand. I worked hard on my body and I worked hard when it came to the in ring stuff, and that’s why I was able to do what I did. It was a conscious effort of working on mobility and strength and making sure nobody passed me by just on initial impressions alone.

–There did use to be the old school view of a little bit of fat helping guys take bumps.

Tanahashi: Right. But I think that was all a bunch of excuses. Like you had guys bringing up Ultimate Warrior in the WWF, and saying ‘oh, he looks the part, but he can’t have a decent match’ with a little bit of relief because they knew they themselves didn’t look the part at all.

–When you came back from your injury in April 2001, you instantly formed a tag team with Kenzo Suzuki, the King of the Hills. That came from you making a direct appeal to Riki Choshu, did it not?

Tanahashi: It was, I remember it well! I sat down with Kenzo and us agreeing to go straight to him. So one day when he was in the Dojo, we waited until he was finished training and was in the sitting area, and went right to him, saying ‘please let us tag together!’ Not exactly the usual pattern for a pitch. 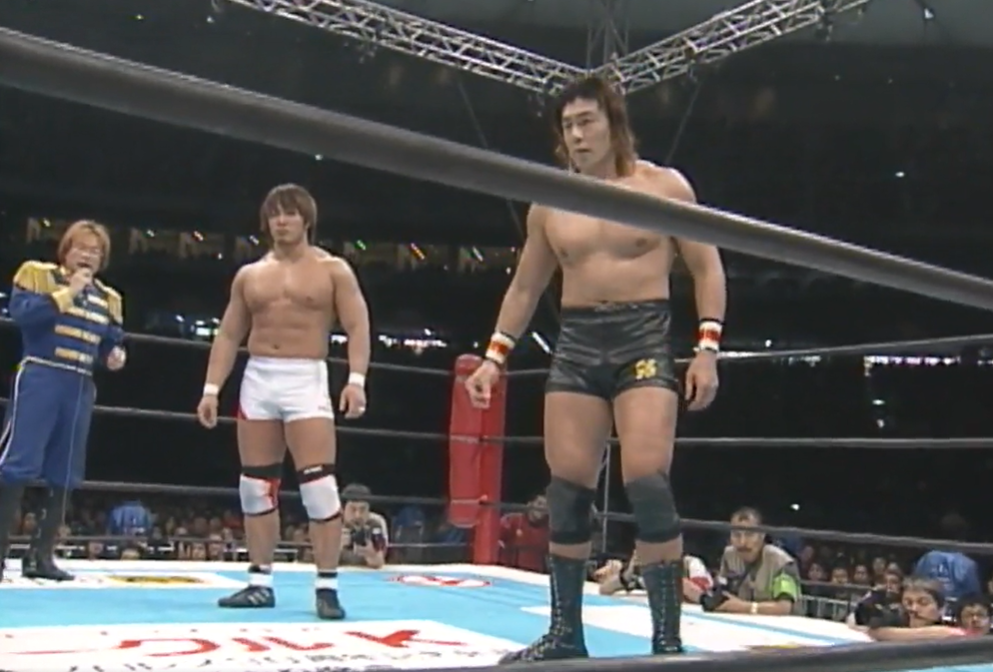 –And from two guys that had been in the business for less than two years.

Tanahashi: Choshu looks at us and goes ‘you two posers?’ He basically was saying we couldn’t do anything, and to be honest, that was the truth at the time.

–Be that as it may, you did end up tagging together. Was that all a plan for you to progress?

Tanahashi: Well, it was a chance to do something new, and we were both very ambitious, so this seemed like the quickest route to success. It was a good way to showcase the two of us as young heavyweights, and I did have that mindset that being put next to Kenzo with all the hype that he had, would only serve to make me look better.

–You certainly had a lot of female fans, you with the literal baby face and Kenzo with the more rugged look.

Tanahashi: Heheh, we did OK at the meet and greets (laughs).

–Where did the King of the Hills name come from? 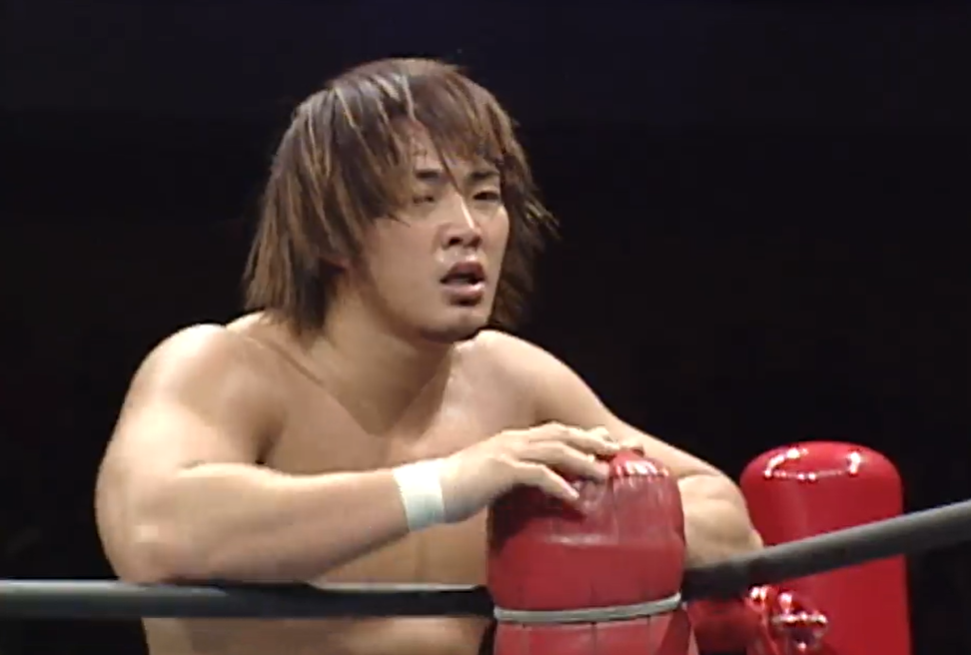 Tanahashi: It was Kenzo’s idea. The idea was to be this top of the mountain kind of image, and it turned out he was watching some American cartoon with a similar name. Probably in the end of it all it was a little bit ironic and self deprecating, but it didn’t really stick anyway.

–People preferred to call you TanaKen.

Tanahashi: Right, I think the nostalgic fans were thinking about Hiroshi Hase and Kensuke Sasaki, they’d be called HaseKen.

Tanahashi: I liked it. It worked out well to where I was the better bumper of the two of us, so I’d be taking the bulk of the heat, and he’d be the hot tag guy. It was a good learning experience, and while we were both still green, we were working at it. Every single match, even after house shows, we’d visit each other’s hotel rooms afterward and break down everything that happened in the match, think of things to work on, all that.