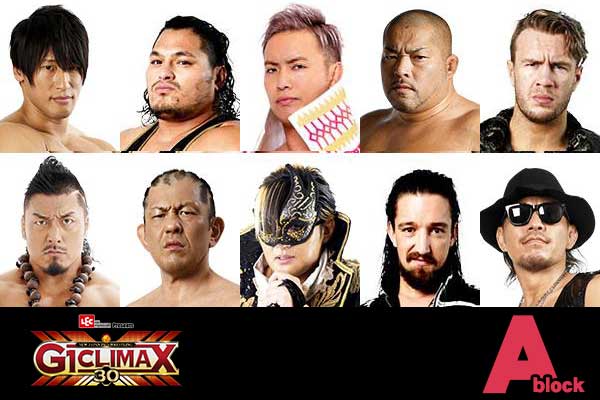 September 19 will see wrestling’s greatest tournament get started in Osaka. 20 of the world’s best heavyweights will do battle in 19 events in the coming month, all heading toward three days in Ryogoku Sumo Hall. Let’s look at the names involved. 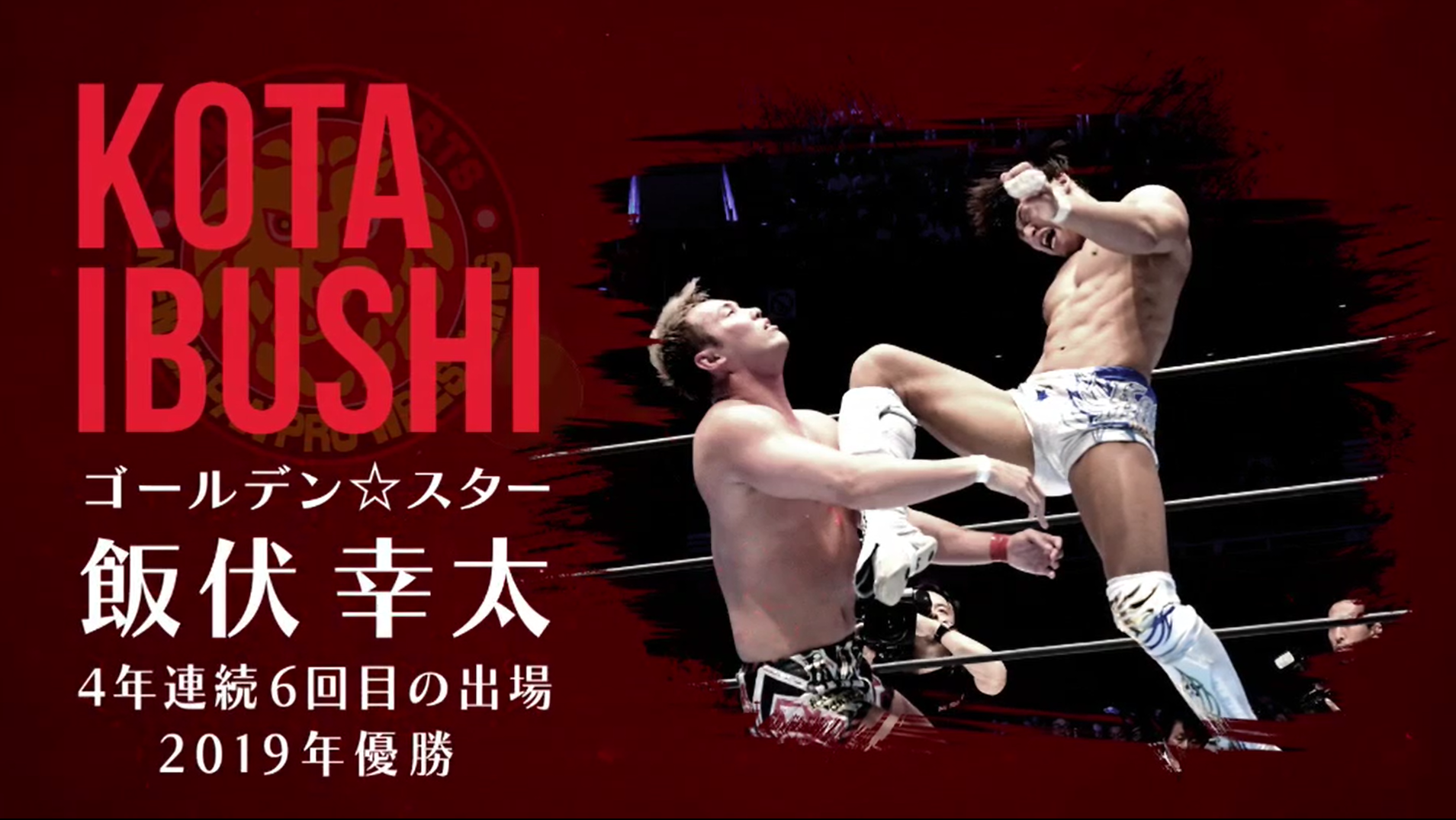 Kota Ibushi’s G1 Climax 29 campaign perfectly showed the triumph of resolve. After questions circled his dedication to NJPW in defeat to Hiroshi Tanahashi one year earlier, Ibushi signed a lifetime contract with New Japan, and entered the G1 with redoubled vigour, only for disaster to strike in his opening bout with KENTA. A severe ankle injury would be enough for most competitors to pull out, but Ibushi persevered, adapted his style and went on to triumph even with a stacked deck in the final against jay White and BULLET CLUB to win the tournament for the first time in his career.

Yet his 2020 has seen mixed results. Bringing the G1 Climax winner’s briefcase into the Double Gold Dash at Wrestle Kingdom, Ibushi lost two matches straight to Kazuchika Okada and then White, leaving him out in the cold when it came to IWGP Championship hopes. He refocused his attention to the Golden☆Ace team with Tanahashi, but after initial success, a poor record on return from lockdown put the team plans on the shelf. Can Ibushi rededicate himself to singles competition and join the ranks of Masahiro Chono and Hiroyoshi Tenzan as back to back G1 winner?

Last August, it was a victory over Switchblade Jay White that granted Ibushi ultimate G1 glory, but months later in the Tokyo Dome, it was a loss to White and a brutal steel chair assisted attack that ended his Wrestle Kingdom weekend in ignomany. In Sapporo, a chance for redemption from early in the year in what could well be a decisive match in the tournament. Who gets the upper hand in a violent rivalry? 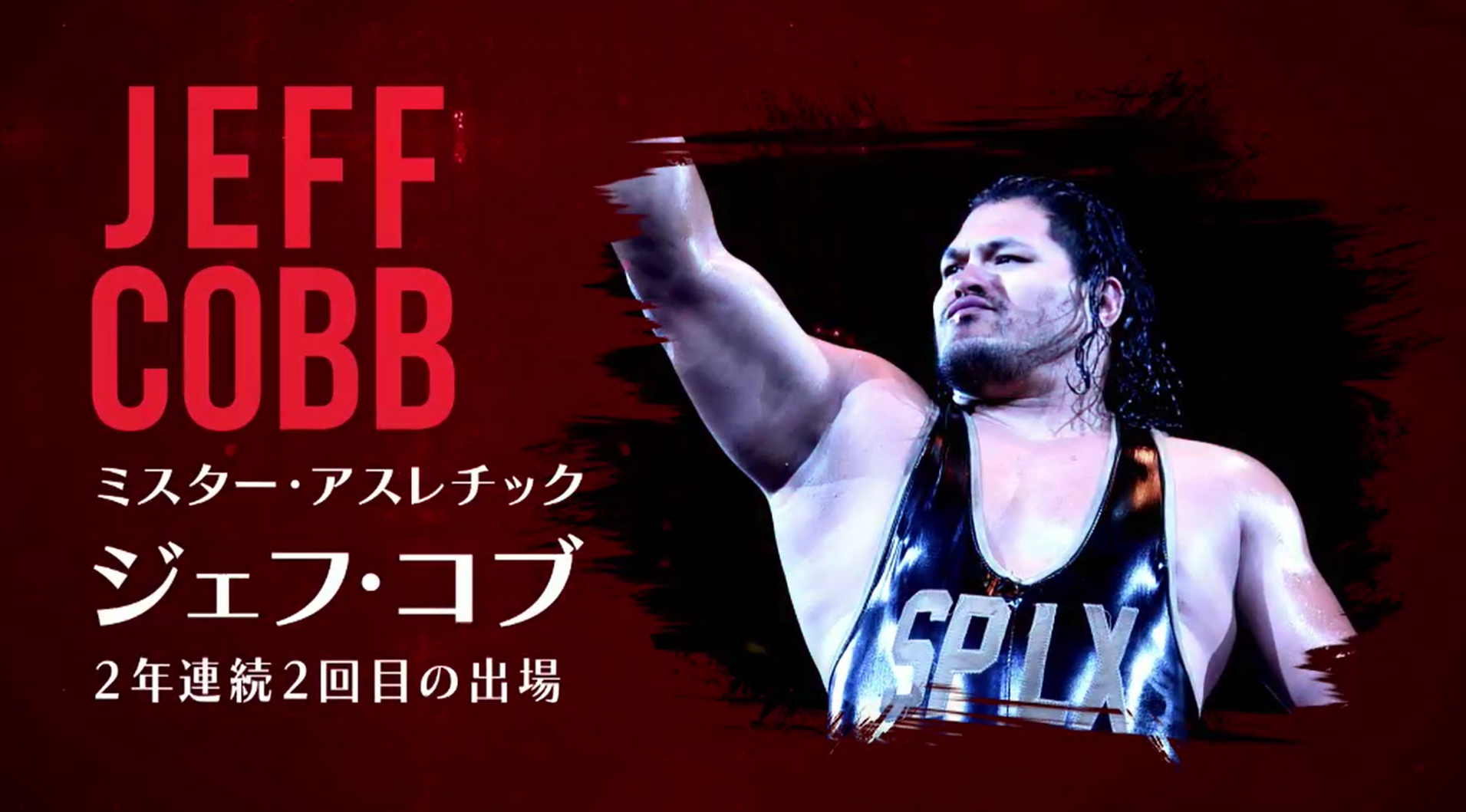 Jeff Cobb’s 4-5 record in last year’s G1 Climax wasn’t the positive win:loss record the Olympian wanted in his debut outing, but he nevertheless put in some impressive performances, including a spectacular win over Shingo Takagi. One of the most active wrestlers on NJPW of America’s roster, Cobb was itching to get back to action all the way through COVID enforced lockdown, getting right back into the swing of in-ring action on Lion’s Break Collision and then entering New Japan Cup USA. Cobb would crash out of the tournament, but only as a result of a low blow from KENTA after having a clear visual pinfall. It was a performance that helped re-establish Cobb’s reputation as a dangerous tournament wrestler, a reputation he seeks to build now back in Japan and in front of crowds for G1 Climax 30.

Much like Kota Ibushi, Cobb will have his sights set on Jay White in A Block competition. BULLET CLUB’s dominance Friday nights on NJPW STRONG is yet to be broken, and a win over the Switchblade will make a lot of difference when it comes to each man’s respective standing when back in the US. 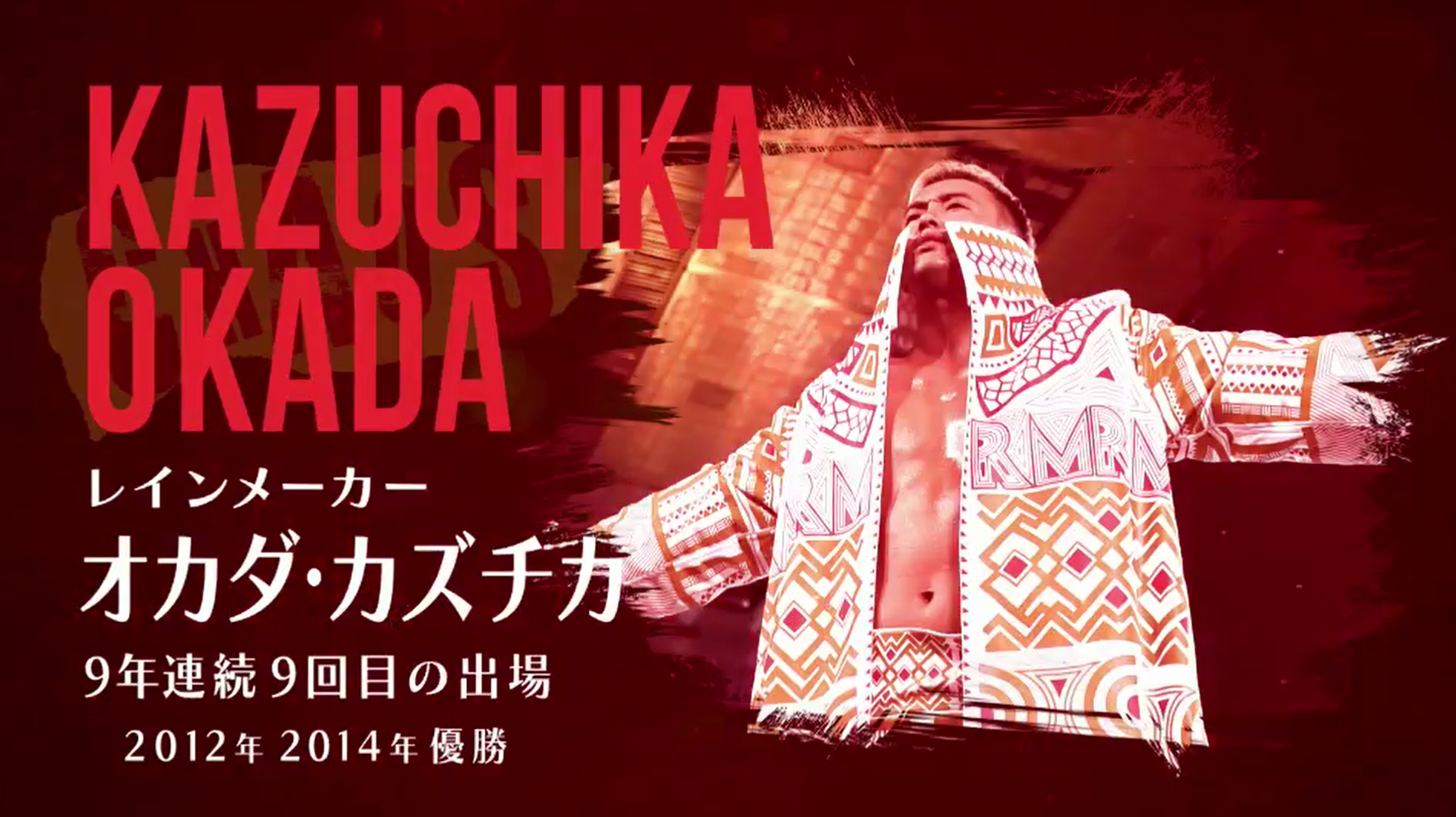 That Kazuchika Okada has not laid his hands on the G1 Climax trophy in six years belies the fact that he is one of the most dominant wrestlers in the field; we have yet to see a G1 Climax since his 2012 debut where the Rainmaker isn’t in contention in the final weekend, and one would expect him to be in the top flight come mid October.

Yet this has been a decidedly uncharacteristic year for Okada, a man who expressed, if anything, relief at losing the IWGP Heavyweight Championship to Tetsuya Naito on January 5 because of the creative possibilities that afforded him. Those possibilities changed in form as the global situation evolved in the ensuing months, and saw Okada back in the Heavyweight Championship hunt during New Japan Cup, a tournament he fell at the final hurdle in to EVIL. From there, matches with Yujiro Takahashi and the KOPW 2020 concept certainly showed Okada having fun, but away from the main event picture. Now he will change gears to rejoin the top flight; having competed for the IWGP Heavyweight Championship at Wrestle Kingdom for seven of the last eight years, Okada will want his ticket to that spot once more.

Kota Ibushi’s G1 Climax 29 win came at the expense of Okada, who lost a memorable A Block decider in the Nippon Budokan last year. Months later in the tokyo Dome, it would be Okada rederessing the balance on night one of the Double Gold Dash in the Tokyo Dome, but reflecting on a match that many will hold as the best of 2020 when the year is done, even Okada would admit that in a different spot and different venue, Ibushi might have had the upper hand. This contest will be the third in a modern trilogy for Ibushi and Okada, and could well end up deciding the entire block on the very opening night in Osaka. 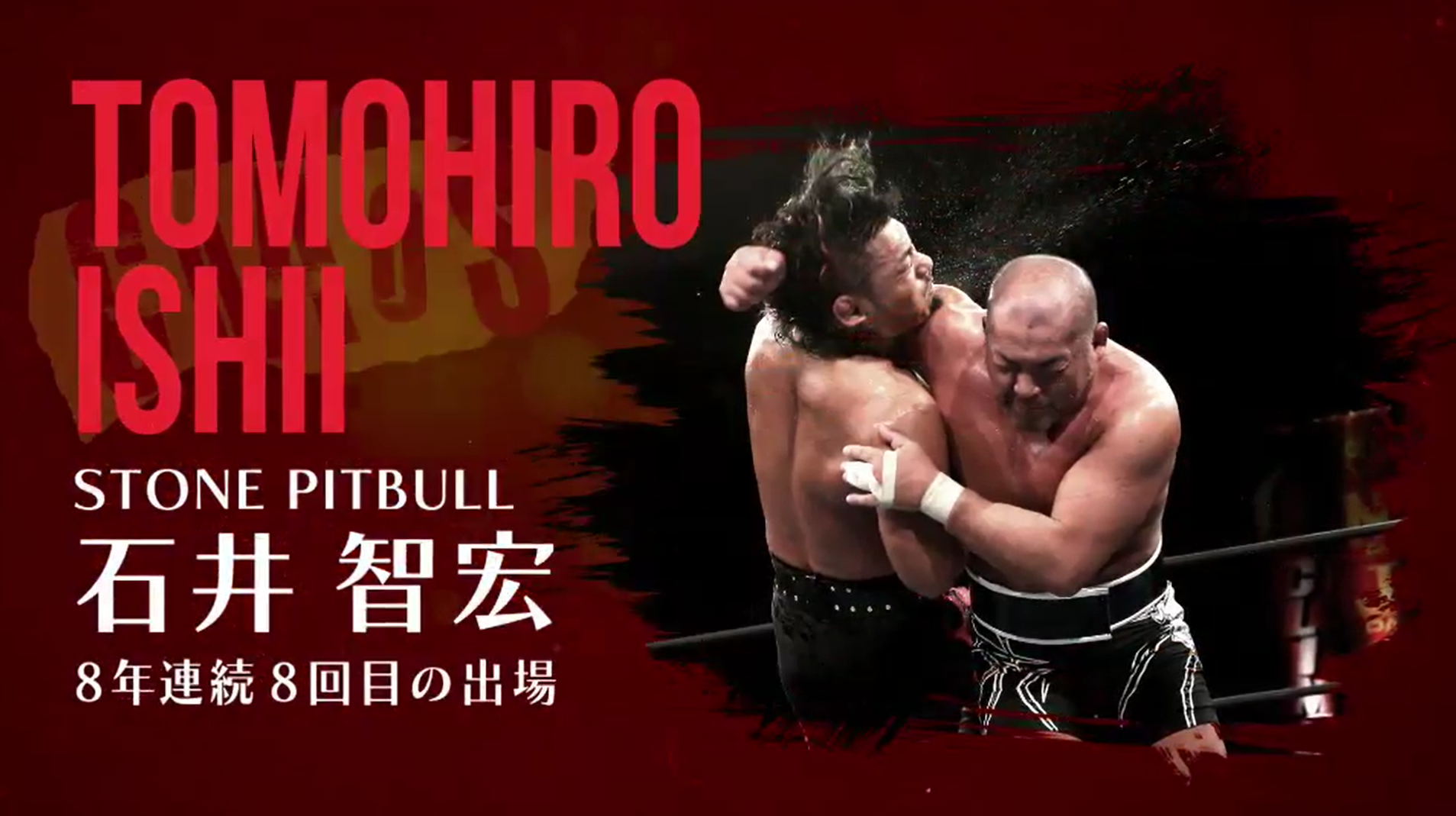 Tomohiro Ishii has always had difficulty breaking from the middle of the pack in his eight G1s, never having more than five victories in the block phase of the tournament. Yet the wins he dows pick up are often over the biggest names, and every single wrestler that comes into a G1 match with Ishii leaves with significant damage to contend with for the rest of their campaigns.

Ever since his debut year in 2013 and the wars he had with Katsuyori Shibata, Ishii has made himself famous with his G1 Climax performances, and this year should be no different. In the process, he could easily ruin any of the top contenders’ campaigns; or even become a dark horse contender to win the whole thing.

Takamatsu will see Taichi and Ishii wrestle one on one for the first time in over a year, and the first time they even shared the same match billing since the Tokyo Dome. Their B Block final night encounter in last year’s tournament ended in Taichi picking up a memorable victory, getting the last laugh of a 2019 trilogy in the process. It was in no small part thanks to Ishii that Taichi tapped into the tough competitor that had lain dormant within himself for many years; one year on, and Taichi has only gotten meaner and more brutal in his offense, making this match one not to be missed. 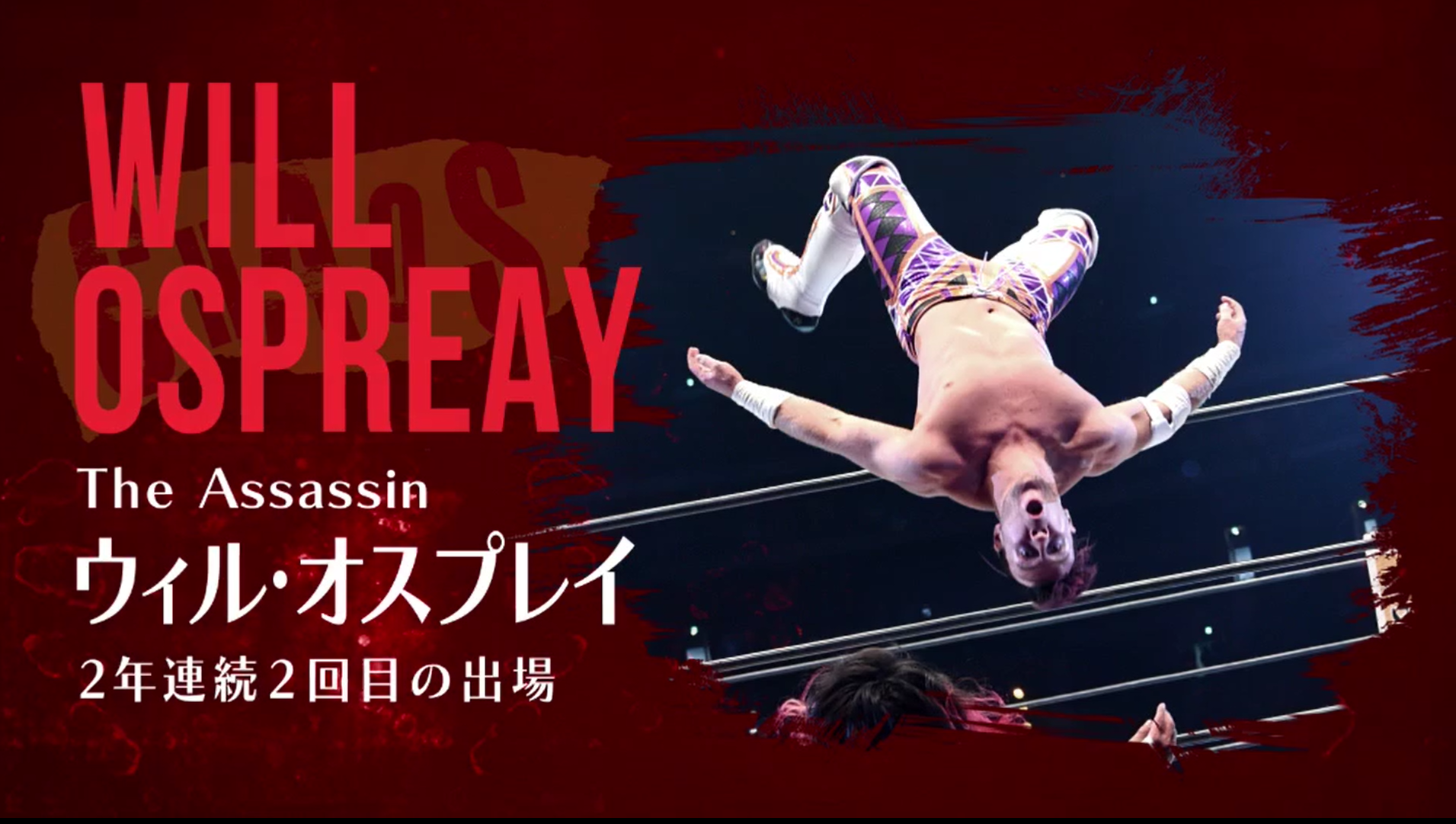 Will Ospreay’s 2019 G1 Climax debut campaign ended with a landmark victory over Hiroshi Tanahashi that seemed set to propel him to brand new heights. After losing the IWGP Junior Heavyweight Championship to Hiromu Takahashi in the Tokyo Dome, Ospreay formally transitioned to heavyweight on winning RPW’s British Heavyweight Championship, and in his time away from the ring during lockdown, has removed the ‘aerial’ aspect of his nickname, preferring to be known simply as ‘The Assassin’ Will Ospreay from here on out.

It’s a hint as to his possible style in the tournament, and his attitude to boot. No longer aiming to impress with acrobatic ability, Ospreay will be focused and driven to pick up results, and to be in the mix come Ryogoku.

Their Best of the Super Jr. 27 final confrontation was head and shoulders ahead in 2019 match of the year polls worldwide, making a sequel a dead certainty. It seemed as if that match would come in March in the first round of the New japan Cup, but when Coronavirus played haywire with match schedules, many wondered if the bout would ever come. Now Kobe will see a dream bout that will have serious implications on the end block results.