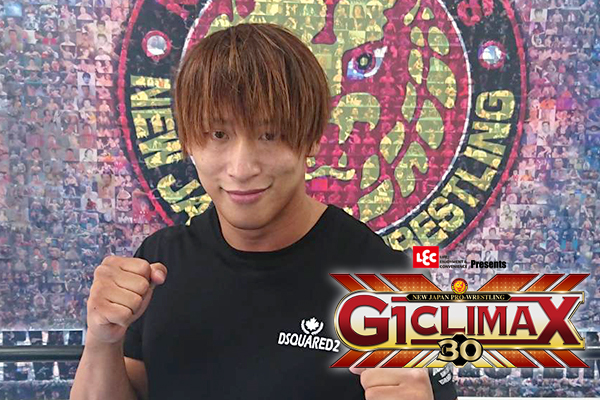 Last summer, Kota Ibushi stood on top of the world, capturing his first G1 Climax against seemingly insurmountable odds with an injured ankle and a stakced deck against Jay White and the BULLET CLUB. After crashing out of the Double Gold Dash at Wrestle Kingdom though, Ibushi refocused as a tag team wrestler, and captained Hiroshi Tanahashi, taking a new aura of responsibility and resolve. Now once again refocusing on singles competition, can Ibushi become only the third back to back G1 winner?

Last year was the toughest challenge of my career 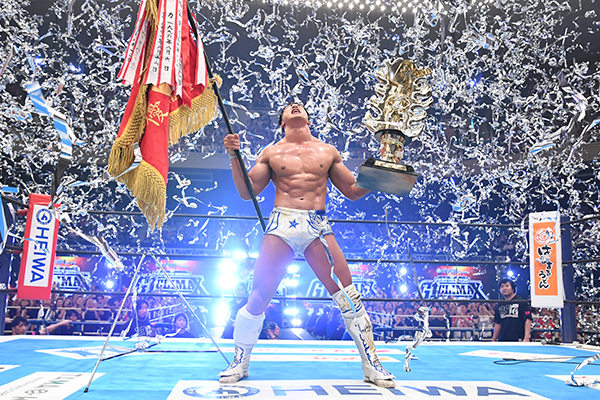 –So now we’re over a year removed, and G1 Climax is upon us again.

Ibushi: Right. Last year I was coming off just coming short in 2018, and I wasn’t sure that I could do it, but I won the whole thing last summer.

–You won on your fifth attempt last year.

Ibushi: That tag of the toughest league in wrestling, it really is justified. It meant so much to me to finally get the win last year. And one thing I realised, if I make the final this year, I’d be the first to do that three years in a row, right? Winning for the second year running like Tenzan and Chono did, and having that third final in a row under my belt as well, that’d be big.

–Of course, you’re not just looking for the final, you’re looking to win.

Ibushi: I mean, that’s the floor to me. I have to believe that, after I won last year. I’m always looking up, so to think of anything less than victory would be ridiculous. 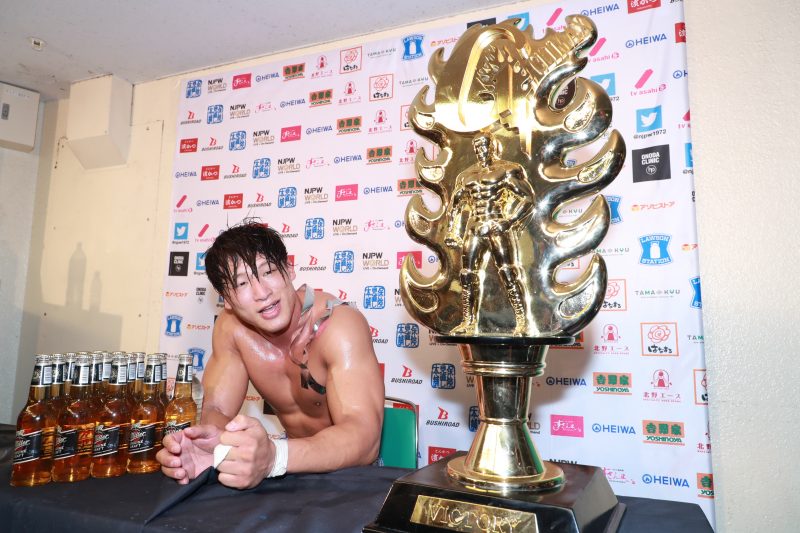 –Last year you won out even with that ankle injury.

Ibushi: Yep. No doubt, it was the toughest thing I’ve ever had to go through in my career. I’ve never cried out of pain and frustration like that in 16 years of doing this.

–It brought you to tears?

Ibushi: Right. After matches, I’d be overwhelmed with how difficult it was. It’s always tough, but you throw an injury on top and it’s something else. It nearly broke me, but I had to think ‘I can’t stop here’ and I had to keep picking myself up.

–It was touch and go for you, mentally and physically.

Ibushi: Oh yeah. I’ve won all these championships in my time, won New Japan Cup, Best of the Super Jr., but last year was the toughest thing I’ve done by far. 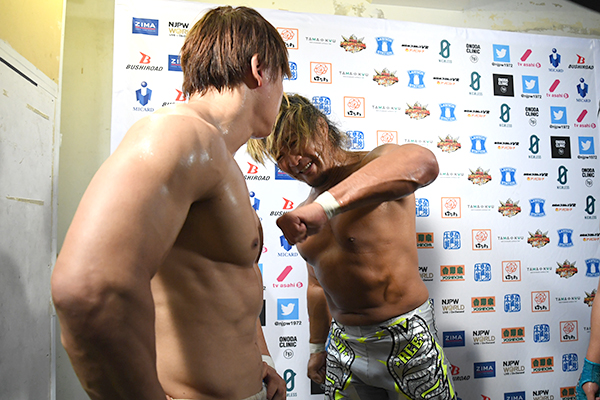 –The other day you posted a picture of Shinya Hashimoto with the IWGP title and commented that the dream you’ve had since fifth grade is within reach.

Ibushi: Right. What I’m really after is the IWGP Heavyweight Championship and the G1 is the way to get there. However you look at it, it’s the quickest way to a guaranteed title shot.

Ibushi: Hmm. Teaming with Tanahashi really changed a lot of things for me. I don’t know whether you’d call it passing the torch, but when he said to me ‘I want you to be the god now’ he wasn’t saying I would be taking over his role, or that I should be Hiroshi Tanahashi number two or anything like that. It was a case of ‘go be the god, be the guy that you made me out to be’ in my own way. That’s how I’m coming into the tournament.

–You also said online that you felt the A Block had more intrigue to it.

Ibushi: I’d stand by that. You know, both blocks are tough, no doubt. You come out either side and you’ve been through the toughest experience you can have. But I think in B lock you have more guys that use technique, that wrestle with their minds, and in A Block it’s more physical. But body and spirit are all interconnected; you break one and the other follows. I think this year it’s a little different to last year’s lineup.

Coming up at the same time with different backgrounds, I’ve always had my eye on Okada. 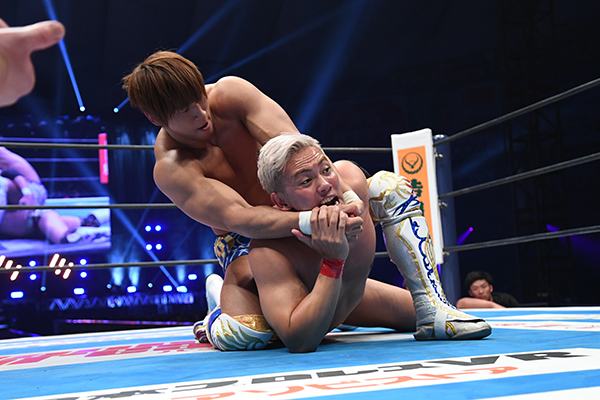 –So it all starts on September 19 against Kazuchika Okada.

Ibushi: Straight into the main event. That’s a real case of ‘boom, the G1’s here’.

Ibushi: You know, obviously I lost to him at the Tokyo Dome this year, and however you look at it, champion or not, he is still the face of New Japan Pro-Wrestling right now. I mean really, you could say that he’s the face of this entire business, certainly in Japan. So of course, he’s an important guy and an important match. We both debuted at the same time in 2004 as well.

–Right, although you’re older, you both broke in at the same time.

Ibushi: Yeah. And even though he might not want me saying this, we’re both not entirely products of New Japan.

–you came up in different companies originally.

Ibushi: i think that’s interesting, that we got our starts outside of NJPW.

–Obviously this being the first match in, you’re both coming in without any damage, and you both want that hot start.

Ibushi: You know I always talk about going as hard as I can and putting in everything I have. Recently I caught myself talking about pacing myself in other interviews. But then again as soon as these cards were announced it was like ‘woah, the main event of the block right off the bat’. So yeah, I guess I’ll go hard and give it everything I have after all (laughs).

–That’s certainly not a match where you can afford to think about pacing for the tournament.

Ibushi: Right. You think that way and you’ve lost. So yeah, I want to win, and I want to get revenge, and it’s also a case of if I can clear the toughest hurdle right off the bat or not. So in all sorts of ways this is a huge one.

I have to admit I was spinning my wheels 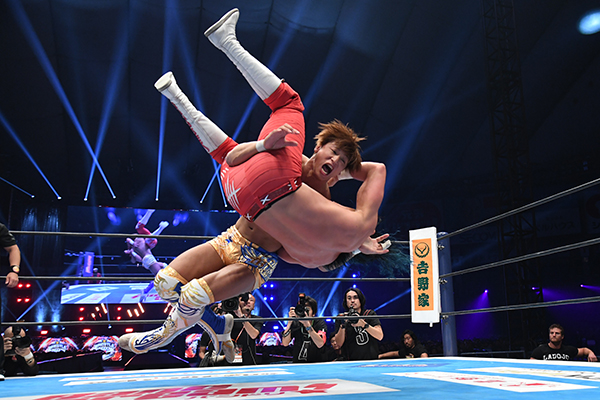 –Speaking of Tokyo Dome revenge, your second match in Hokkaido is against Jay White.

Ibushi: And in the same order as Wrestle Kingdom too… January 4 and 5, two losses. But then if you go back to last year’s G1, it was the same order with those two and I won them both.

–So this is the third time you’ve had this exact series of matches!

Ibushi: I’m on a twice a year schedule (laughs)

–But to be blunt, you haven’t had a good singles record this year, frankly.

Ibushi: You know, maybe the COVID pandemic has affected this, but I have to admit I’ve been spinning my wheels a bit. I got into the Double Gold Dash, this legendary couple of nights, and, well, somebody had to go 0-2. From there though just as I should have been working myself back up, this whole pandemic happened. So I’ve stalled out, I think and now I have to really build myself back up. 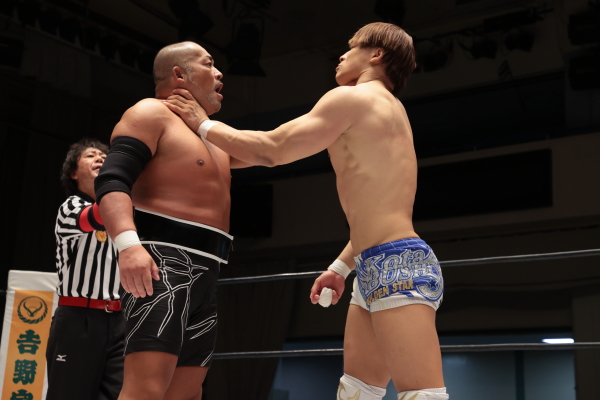 –September 27 in Kobe you face Tomohiro ishii, and that’s a match we haven’t seen for a while.

Ibushi: Right, it’ll be our first singles match in a couple of years. We tangled a little bit during that NEVER 6-Man tournament recently, and yeah. Ishii’s gonna Ishii (laughs). He never changes. It’s always Ishii style, and you have to bring that to him. If you try and dictate the pace, you’ll have that thrown completely in your face, so you just have to go at it his way.

–That’s something you’ve learned by experience.

Ibushi: Right. You have to go at it his way.

–Then you face Jeff Cobb in Korakuen. that’s a first time matchup. 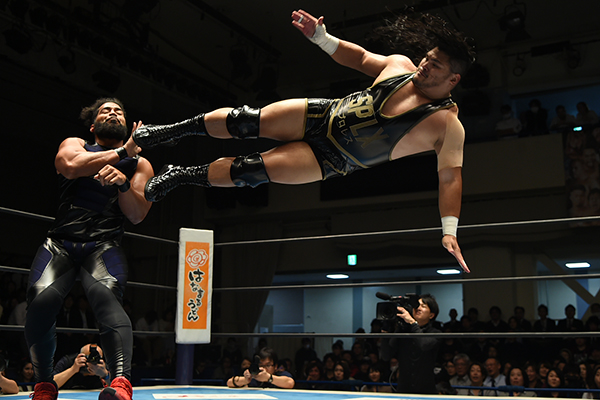 Ibushi: Completely fresh, yeah. We haven’t even tagged before.

Ibushi: You know, we’re actually the same age as well.

Ibushi: that’s right. And I always like wrestling guys with big athletic backgrounds. I’m really excited to try and compete with an Olympian.

–And for someone so big, Cobb is so athletic.

Ibushi: That moonsault, man… He defies physics, you know? As I’ve gotten bigger, I’ve been flying less, and changed my style to be more grounded, but he’s the opposite, flying at his size. And that’s something that he really did regularly when he started coming to Japan. That’s another thing; he’s growing and growing and changing and changing. I think I need to be more careful of him than anybody.

Ibushi: Yeah. I’m just preparing myself for a kind of power I’ve never experienced before.

Ospreay is me ten years ago. 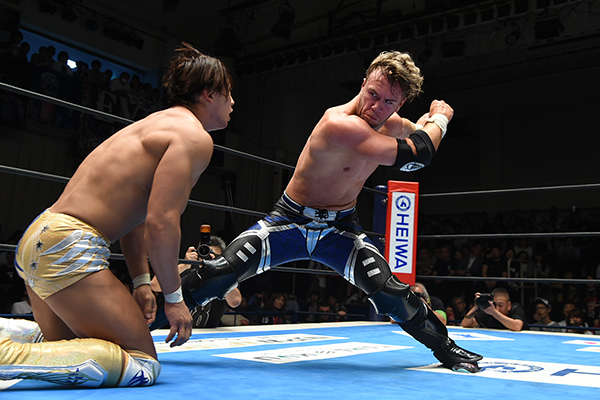 –At the halfway point you face Will Ospreay on October 5.

Ibushi: When we were set to face last year, I had just hurt my ankle and I really could barely move. I know the fans were looking forward to it so much, but…

–The image is that both of you are high fliers, but you’ve both gained a lot of mass in recent months.

Ibushi: Right. We’ve both gotten bigger, so I wonder how Ospreay’s style has changed. Or even if it has changed, and he’s still able to move like he has done even as a heavyweight. It’s a really hard one to read in advance. It could be a high flying battle, but it could just as likely be a power match.

–Both of you have had similar paths, so I’d wager Ospreay really has an eye on you.

More of Ibushi’s comments on the field in part two!