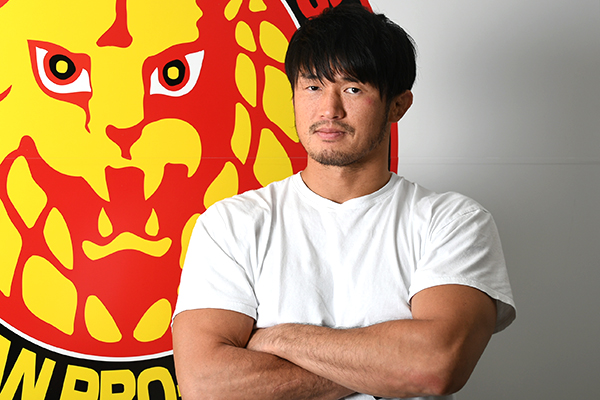 After the first part of his interview got such a big response, Katsuyori Shibata faces more questions from the NJPW audience!

Ryu Lee always shows a lot of respect to you. What have your interactions with him been like?

Shibata: The first time I met him was in Hokkaido in 2017. He came to me backstage and told me he’d forgotten his kickpads and wanted to borrow mine. I told him we’re different sizes and all I had was used ones, but I lent him them and he was very grateful. After his match he returned them and said ‘you’re my idol’.

–Quite the first meeting.

Shibata: To be honest, I really didn’t know much about him before that night, but I went and watched his matches and the things he can do, just incredible. I thought it was a bit weird that he would go as far as call me his idol, but then I think it wasn’t technique that appealed to him when it came to me.

–He respected your spirit.

Shibata: Yeah. I think that in-ring style is part of that, mind. Ever since that night, he was always happy to see me, and we’d take pictures together. I actually got kickpads made for him to give as a present, but we never had a chance to meet, so I was finally able to send them to him through our trainer, Nagano. A lot of overseas wrestlers seem to look up to me…

Do you have any tips for strengthening willpower?

–You know one thing in all your years wrestling, or afterward; I don’t remember ever hearing you complain about anything.

Shibata: I never do. As a wrestler, you take all those frustrations, swallow them and let all that energy out by training and fighting. That’s the thing about this line of work, you can let your frustrations out in your work and it’s all for the better.

–Convert that energy into something useful.

Shibata: I got told very early on how to release that anger in the ring. That’s the wild thing about wrestling; there’s not many jobs where going to work mad is to your advantage (laughs). Anger is energy for us. So as far as tips, I don’t know, but that’s the cycle I’ve always had and it’s what I could recommend; find a way to let out your frustration and make it work for you either in your work, or hobbies, or what have you. 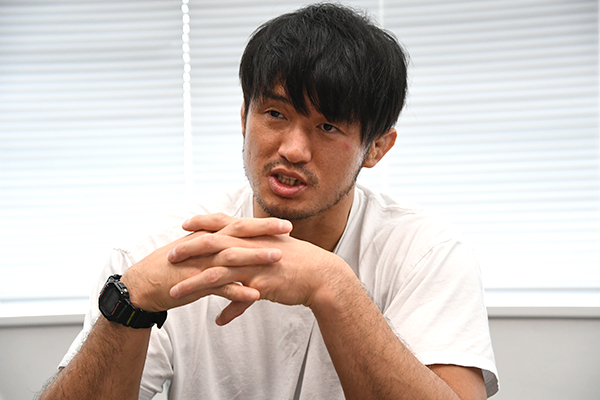 Is there any particular story that sticks out for you from your Young Lion days?

Shibata: I don’t know about specific stories, but the one thing that I feel nostalgia for… when I first came into the Dojo it was so mentally draining, so tough. But Norio Honaga used to take me to the public bath that was nearby. That place is gone now, but it was a real oasis for me.

Everything this year has changed as a result of COVID, including pro-wrestling obviously. What are your thoughts on how the pandemic has changed wrestling?

Shibata: Well, everything changes with the times. What we take for granted goes away, and completely new things show up. But with COVID, it’s not just shaken this business but all of society. We’ve had to deal with these negative affects to our lives. What was taken for granted isn’t anymore, and our normal way of thinking has gone out the window.

Shibata: What used to pass for common sense isn’t anymore, and we have to live within this new normal. It’s going to be some time before we can get back to where we were, of having jam packed sold out venues yelling their support. But I think we’ve come a long way since those first weeks of lockdown where we weren’t able to run at all.

–We took steps from the cancellations to having no fans present, and now where we are today.

Shibata: It’s a matter of perspective, right? We’ve come a long way in a short time, and at any rate, that whole idea of crawling your way up from rock bottom, that’s what pro-wrestling is all about. What I’ve always seen in wrestling, and what makes it appeal and draw an emotional connection right from the get go when you introduce someone to it is that sense of conviction in the face of struggle. Times change, but that’s always at the core of what I think pro-wrestling always should be.

If you were to have a KOPW2020 match, what rules would you bring?

Shibata: Hahaha! I have my ideas every now and then. I thought Yano’s two count rules deal was a good one.

Seeing you eat chanko in the LA Dojo documentary inspired me to take a trip from Tottori to Tokyo to eat Ryogoku chanko. What flavour do you like?

Shibata: I’m no connoisseur, but I only make kimchi or pork chanko, myself. 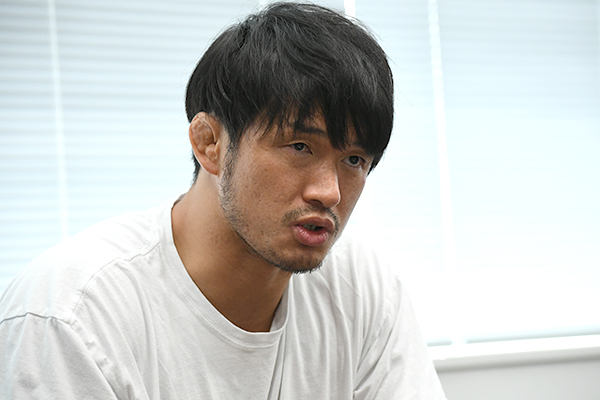 Your Tshirts are always really cool, and I like to wear them out and about. Are you very fashion conscious?

Shibata: Thank you, heh. I think my shirts work well for general wear. I tend to look for simple clothes that don’t stand out, so I wear a lot of plain black or white Tshirts.

Have you made any purchases recently you’re really happy with?

Shibata: My bicycle! I got one when lockdown started and made a lot of good use of it.

Do you ever plan on refereeing?

Shibata: Well, I’ve never thought of refereeing after my injury. It’s tough work in its own right, and I’m not sure I’d be up to that task. You know sumo referees traditionally carry a dagger in a belt around their waist? It’s because if they blow a call they were expected to take that sword and commit sepppuku, disembowel themselves. I’m not sure I could carry that responsibility.

Shibata: It’s not just a confidence thing, I have too much respect for that position. It’s not something I’m interested in and it isn’t a choice for me. I know my dad (Katsuhisa) made that move from wrestler to referee, but that was his life, not mine. I think we already have tremendous refs doing tremendous work here.

Is there something you always feel you have to eat whenever you come back to Japan?

Shibata: You know, you can actually get most stuff in LA, but when I come to Japan I usually go for sashimi. There are Sashimi places in LA too, but they’re nothing to write home about.

–Do you usually eat chanko in the LA Dojo?

Shibata: When we first started, we did chanko, Japanese style. But there would always be too much left over, and food would go to waste. So it’s become a case of everyone cooking for themselves a little more. The LA Dojo way is a little bit different.

–Well, thanks for taking the time today!

Shibata: My pleasure! I’m sure there are a lot more questions from the people, so how about we do this again in, oh, three years? 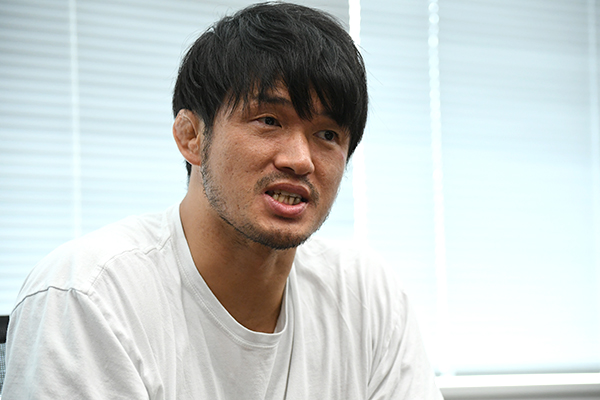