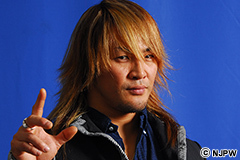 –Last time we talked about Keiji Muto’s departure in January 2002. On February 1 in Hokkaido there was a famous incident; the ‘Inoki Forum’, if you will.

–So this happened just after Keiji Muto had left, and there was a string sentiment against Antonio Inoki’s new vision for NJPW. Masahiro Chono was representing the wrestlers, and called Inoki out in front of the crowd. Yuji Nagata was there, Manabu Nakanishi, Kenzo Suzuki and yourself- Inoki asked each of you in turn whether you were mad (watch on NJPW World!).

Tanahashi: And I didn’t answer his question at all (laughs).

–All you said was ‘I’m going to wrestle in an NJPW ring!’

Tanahashi: At least in the end, I bore those words out, but I wasn’t really thinking much at the time. Yeah, I was pissed off. Really pissed off. 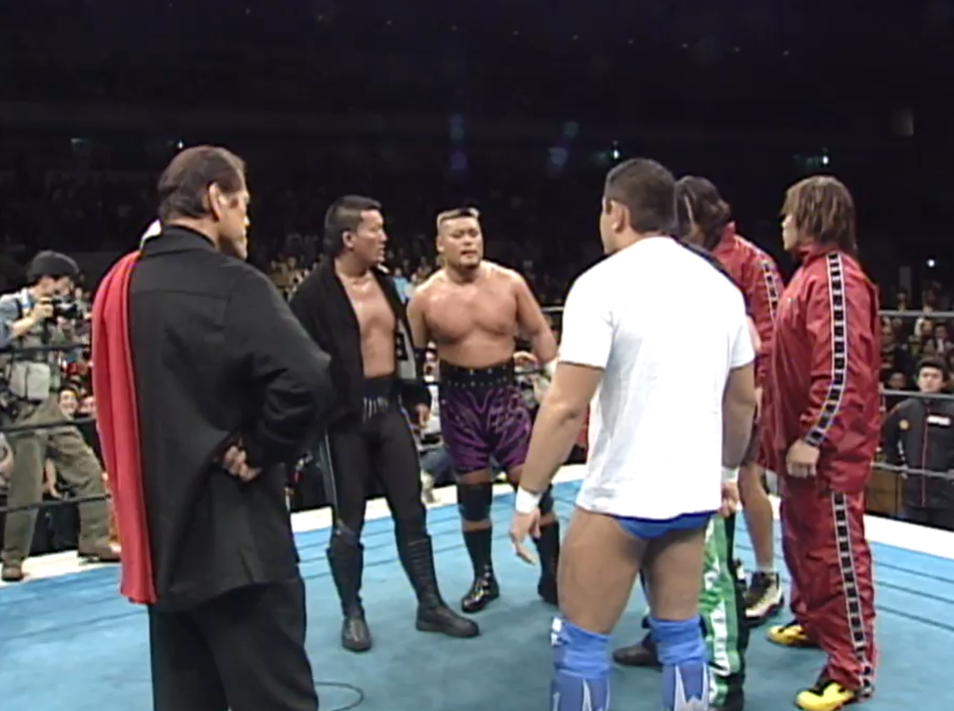 –You would have been a martyr to pro-wrestling. What do you really mean by everything being F-ed up?

Tanahashi: That’s what Inoki’s vision for NJPW was at the time.

–Inoki was working as an executive producer for PRIDE, and being involved with the MMA world. There was a lot of criticism of NJPW.

Tanahashi: I don’t want to speak all that ill about my own company, but… I think in the Inoki-ist mindset that was a way of bringing new support into NJPW, but in the end it only became a negative.

–If you were a fan of NJPW for what NJPW was…

Tanahashi: It was like our own boss was saying ‘don’t buy what we’re putting out, it’s s**t’. 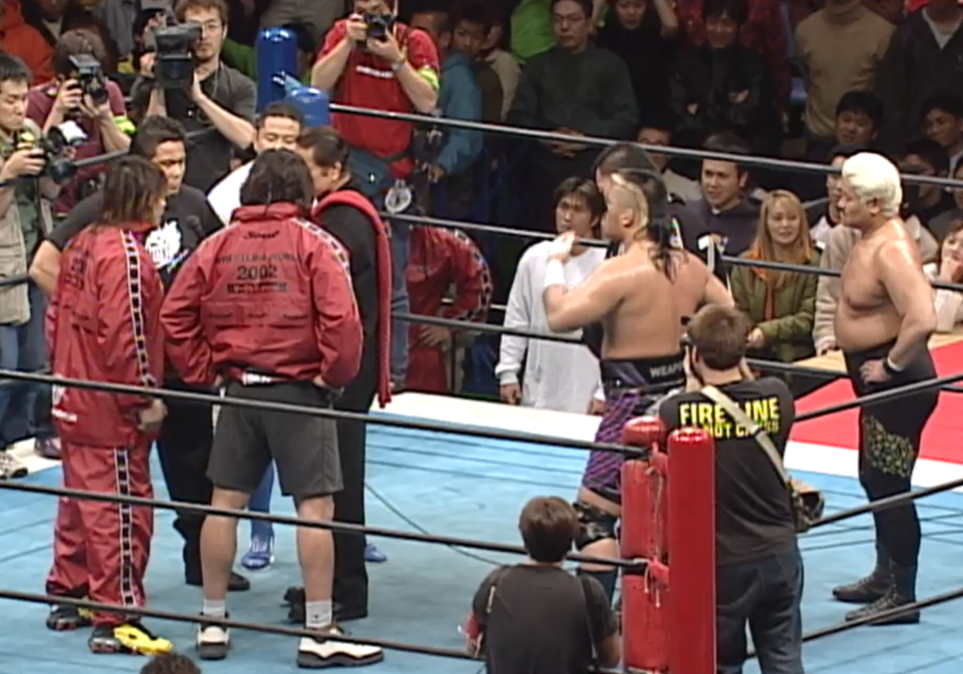 –Did a lot of the other wrestlers feel the same way as you?

Tanahashi: Hmm, I don’t know. At the end of the day, what he said went.

–During that forum, Nakanishi said he was mad at Muto for leaving, and got brushed off by Inoki. Kenzo said that he ‘didn’t see a bright future here’, and Inoki told him to ‘find one’. He didn’t seem interested in talking about the issues.

Tanahashi: Right. So as he went down the line, he was basically saying ‘why are you telling me this?’. By the time he got to me, asking who I was mad at, I figured actually answering the question would be a losing gambit, so I figured I’d just say what I wanted to do.

–All in all though, that moment was a bit of an epoch making one to NJPW.

Tanahashi: It was a turning point, yeah. We each took that Inoki slap and I gave him my best stare at the end.

–And you didn’t join with Inoki when he led everyone in his ‘1,2,3,daa!’ call either. What connection did you have with him, at any rate?

Tanahashi: None really. I mean I would say hello if I saw him, obviously. But he wasn’t around much. He never came to the Dojo, back then. Even he said it himself. He said he hated going. I don’t know why. 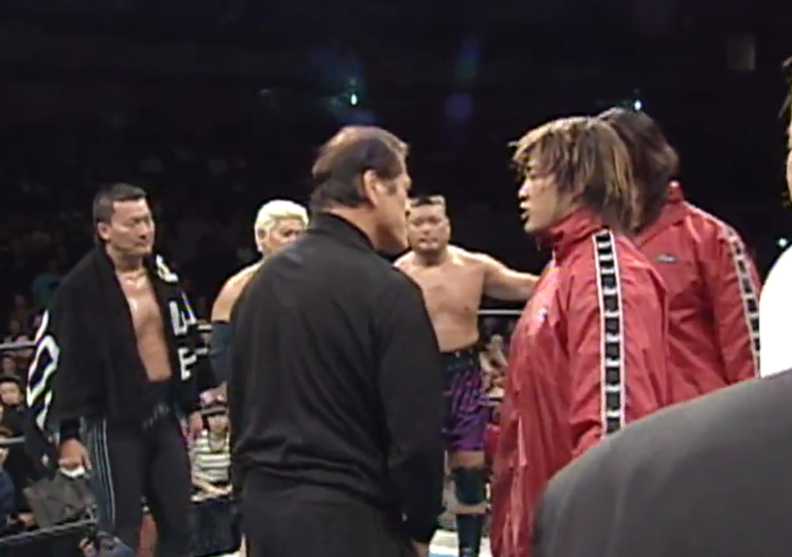 –Was that distance to him partly why you weren’t behind his way of thinking?

Tanahashi: I dunno, maybe…I used to be a huge fan though. His match with Vader in ’96, man. But when you actually get in the business, you lose that fan’s mindset.

–Inoki really pushed that concept of ‘Strong Style’. What did you understand Strong Style to be?

Tanahashi: I don’t think I ever really understood what it was. I think then, and now, I really just see it as just some words, branding. Marketing strategy really. A long way back, I did an interview with Inoki for Weekly Playboy magazine. I asked him just that same question, what Strong Style meant. He said ‘that? That’s just something everybody just started saying and it got carried away’ (laughs)

Tanahashi: But he was putting it out there, you know? I think if he really coined it, it would have been nice if he could take it with him when he left, really freed us from that spell of his.

–But as is there is still that idea of Strong Style still engrained within NJPW. I heard that you were the one who finally took everything to do with Inoki out of the Noge Dojo?

Tanahashi: Well, kinda, yeah. It was really (Dojo manager Kuniaki) Koabayashi-san’s call, but I was the one to say ‘It’s about time we got rid of this stuff, isn’t it?’