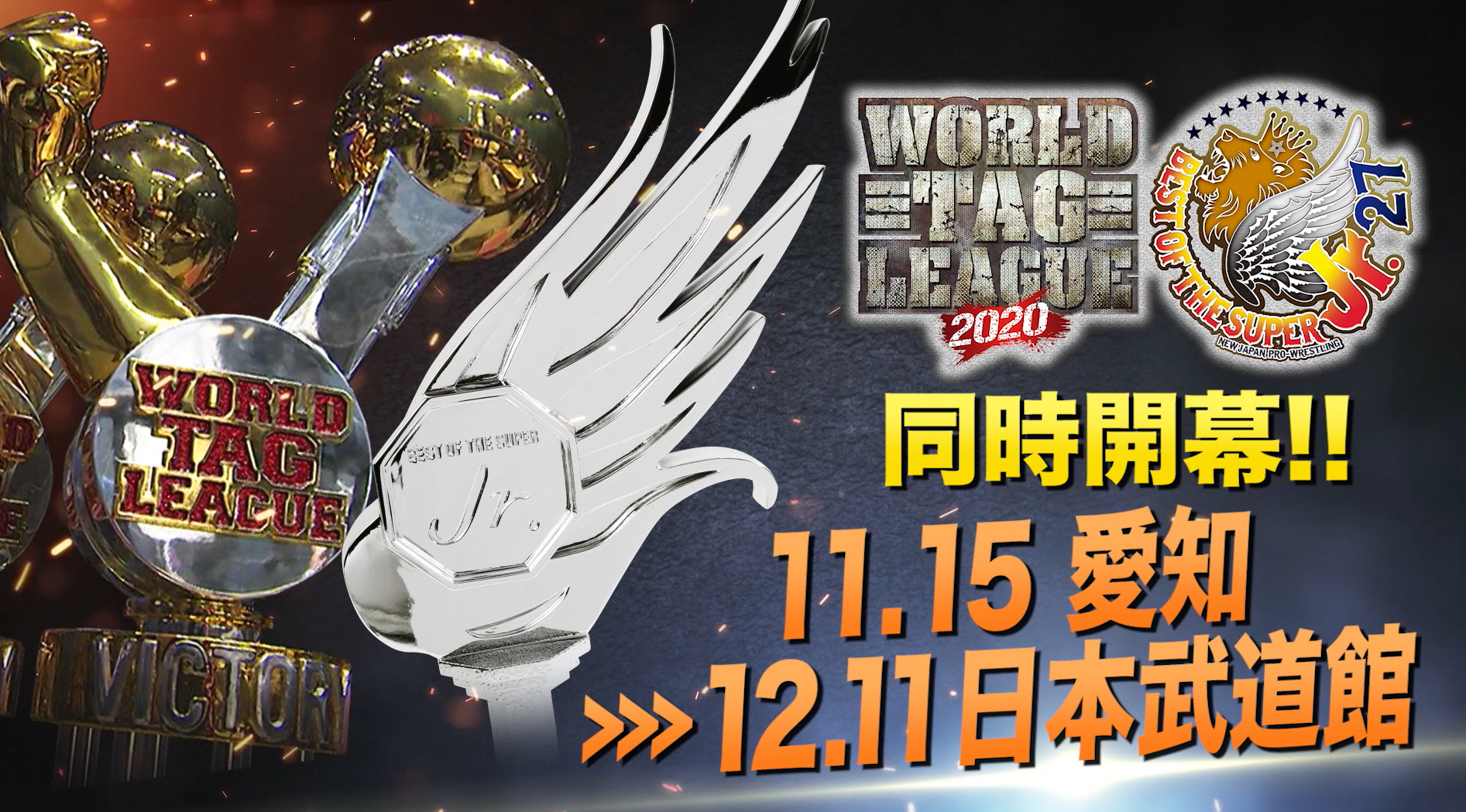 During the October 6 G1 Climax 30 card, fans caught a huge announcement about events in the last quarter of the year to come.

Already announced, Saturday November 7 will see Power Struggle emanate from Osaka’s EDION Arena. An event that always sets the table for Wrestle Kingdom to come, Power Struggle will be a night of huge drama and intense action.

Typically Power Struggle leads into World Tag League, where the best tag teams from around the global do battle for glory and a chance at IWGP Tag Team Championship gold in the Tokyo Dome the next January. This year will be no different, as World Tag League 2020 will start on November 15 in Aichi’s Dolphins Arena, with the last league matches taking place in Fukuoka on Sunday December 6.

That’s not all though, as for the first time in history, World Tag League will be taking place at the same time as Best of the Super Jr.! BoSJ 27 was previously scheduled to run in May of this year before being cancelled as a result of the global pandemic. From November 15 to December 6 however, the best junior heavyweights will do battle in a league of their own!

Plus! After finalists will be determined for both World Tag League and Best of the Super Jr., a special stage will be required for this one of a kind final. No stage could be better than the Nippon Budokan on Friday December 11! It all adds up to an unbelievable autumn in New Japan Pro-Wrestling!