Kota Ibushi discusses the back half of his campaign 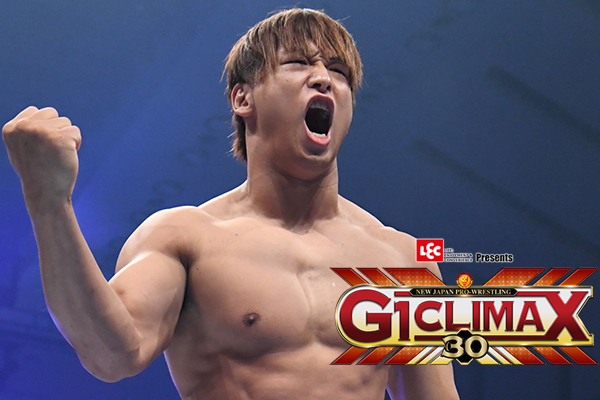 He has promised to ‘become capital G God’ during the G1 Climax 30. The first half of his campaign has backed that up for Kota Ibushi, a 4-1 record putting him at the top of the table in A Block with eight points to his name. As Ibushi embarks on his last four matches starting Thursday in Okayama, we spoke to Ibushi to get his thoughts on the final four matches and what may lie beyond. 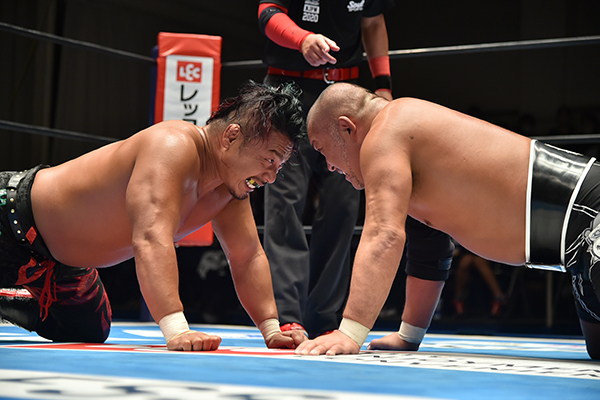 –So, let’s talk first about your sixth match of the tournament, October 7 in Hiroshima. You take on Shingo Takagi.

Ibushi: I’m really looking forward to this one. He’s a member of the 1982 Club like me, and we both came from different backgrounds into NJPW.

–Takagi from Dragon Gate, of course.

Ibushi: Right. And like Okada and myself, he debuted in 2004.

–From day one in NJPW, Shingo has talked about wanting to face you.

Ibushi: And the guy is just so fired up, so… animated all the time. It’s scary, the level he goes at.

–He doesn’t show any signs of slowing down.

Ibushi: Well, you know I have the same mindset, of staying strong forever. But forget slowing down, he isn’t settling down either. He has the same energy in his matches now as he did in his debut.

–Just as hungry as he was in his debut as well.

Ibushi: That’s exactly what makes him dangerous. And this is our first singles match…

–You see this as a turning point for you in the G1?

–Both these matches are main events as well.

Ibushi: That’s right. It’s a lot of physical and mental strain. Okada and I both have four main events each in all of this. I don’t know how many times I’ll be able to hold the mic in all this, but I plan for it to be all four.

There’ll be some heavy hits for sure. I’m a different man to the one he faced in 2013. 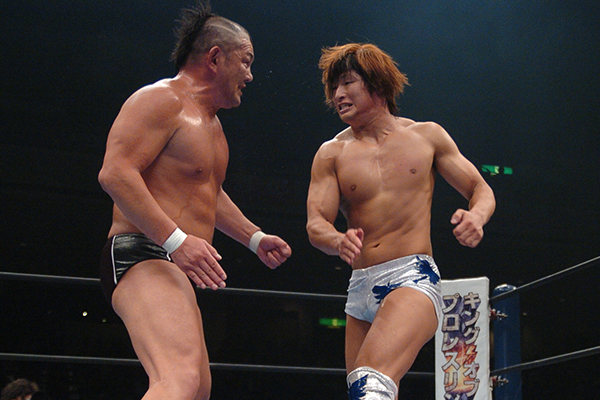 –On October 10 in Osaka, you face Minoru Suzuki. This will be your first singles match with Suzuki in seven years, correct?

–Certainly in that match the weight difference was quite clear.

Ibushi: I was visibly much smaller than him back then, but now, we’re about the same size, and my style has changed as well. I don’t think I’ll be flying this time. there’ll be a lot of heavy hits for sure. 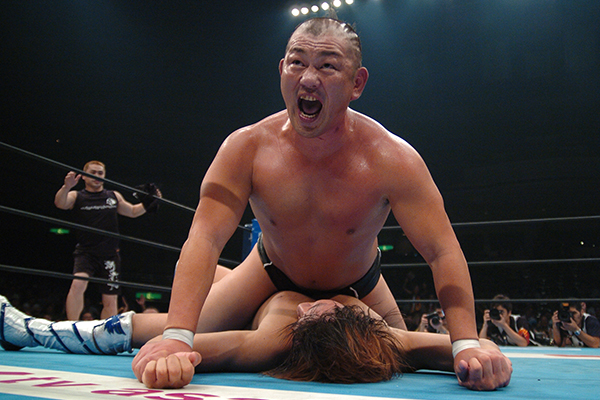 Ibushi: Oh yeah, he did. Seven years ago, but I remember it like it was yesterday.

–This match is really at a crucial stage of your campaign.

Ibushi: I can’t afford a loss. Mind you, there’s no days off at all on this tour.

–And Suzuki is in fine form since winning the NEVER Openweight Championship in Jingu on August 29.

Ibushi: However you look at Minoru Suzuki, the guy’s a beast. At his age, at this stage in his career, he trains hard, and he’s tough as hell. Obviously he’s smart too, he needs to be, so there’s no beating him in that regard.

Ibushi: I think there’ll be an MMA feel to it, perhaps. 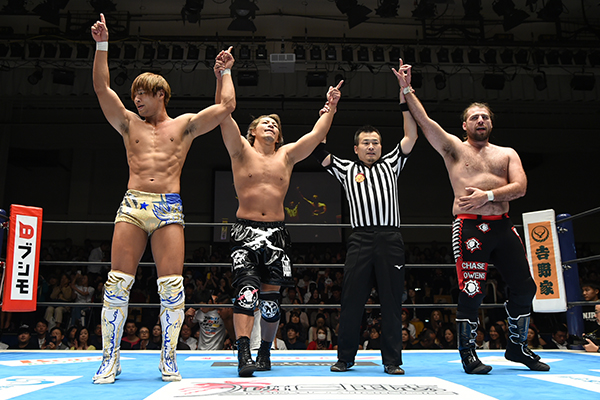 –On October 13 in Hamamatsu, you’ll be taking on Yujiro Takahashi. Another 2004 debutant.

Ibushi: There are so many in A Block!

–Your thoughts on Yujiro?

Ibushi: I don’t think many people remember I teamed with Yujiro quite a bit when the whole Elite thing was going on (laughs).

Ibushi: So I have a pretty good read on him. He’s one of those guys who will trip you up, pull the rug from under you.

–It’s a real trap game in your last two.

Ibushi: It’s an easy trap, to take your eye of the ball at this stage in the tour. He would absolutely be looking for that, and he’ll be ready to take advantage. If I can keep my wits about me to that point, then the finals are in sight. That’s about as far as I’ve researched (laughs).

Taichi is a master manipulator 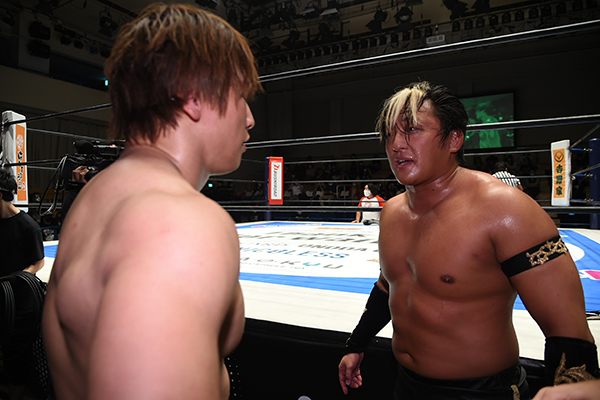 –Your last block match will be against Taichi in Ryogoku.

Ibushi: I want revenge in that one. There’s the losses we ate in the tag team matches through the summer, and he beat me in the New Japan Cup as well. That wasn’t a fair fight though.

–It was quite a chaotic match, and in the end the Iron Finger From Hell came into play before Black Mephisto. Taichi certainly likes to play a lot of head games as well.

Ibushi: He does. That’s a weak point for me.

–You let him get to you?

Ibushi: You never quite know what’s happening in Taichi’s head, and he’s very good at using that to his advantage. He’s a master manipulator. he likes you in the palm of his hand.

Ibushi: He’ll have you expecting one thing and then deliver another.

Ibushi: Right. They have different ways of doing it, but both will really try to trip you up. I can’t lose focus until the very end. 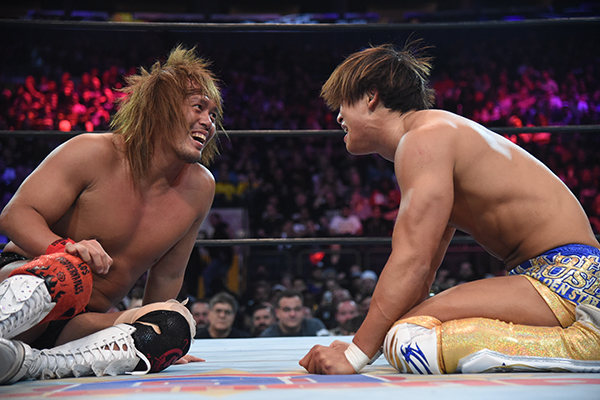 –Who would you like to see top B Block and face you in the final?

Ibushi: Ideally, I’d say Tanahashi. After Jingu, we had that conversation. We took a break from tagging, and I said to him let’s meet in the G1 final instead. I’ll win it and then we can go back to tagging. You know, as my tag partner I hope he took those words to heart and will come up to meet me in the final.

–Of course, current double IWGP Champion Tetsuya Naito is in the B Block. Your thoughts on him?

Ibushi: Well, after I won the G1 last year, and me, Jay White, Naito and Okada were all involved in the double gold dash, even though Okada just wanted the heavyweight title… I think when EVIL took those belts my interest in the double gold really fell off.

–You lost your interest? Was that because EVIL came into the situation from outside?

Ibushi: Right. The fact that he won, and the way he won… It really felt to me that it hurt the value of the double title.

–With the interference in the matches?

Ibushi: Yeah. To me there’s no inherent value in having both the titles. To me what’s important is the title I’ve never held. The title Shinya Hashimoto held, and that’s the IWGP Heavyweight title.

–Naito has been adamant that he wants to defend the two titles separately. That suits you?

Ibushi: It does. That’s what I’d like to see. But it depends on the champion, I think. Maybe Naito might say ‘ah for you I’ll only put the Intercontinental belt up’, but a true double champion would put the heavyweight on the line first and foremost.

–How do you assess Naito recently?

Ibushi: Hmm. After Madison Square Garden and Osaka Jo Hall last year, I said that maybe we could take a break from each other for five years, but then again…

Ibushi: Perhaps, heheh. He’s a hell of a lot of fun every time.

–So the plan is to win the G1 and challenge for the IWGP Heavyweight Championship?

Ibushi: That would be ideal. But then again, who knows? I don’t know what might happen with the usual contract defences this year, and whether there’s any fallout from that… First of all, let me focus on winning this G1! 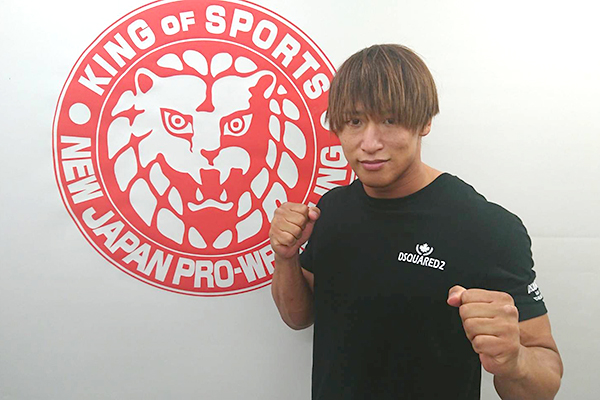