Kota Ibushi became the first ever individual to make three consecutive G1 Climax finals on October 16 in Ryogoku when he defeated Taichi, while Tomohiro Ishii beat Jay White in the main event to put the Switchblade out of the running, and Will Ospreay took unpredictable measures to get his first win over Kazuchika Okada. 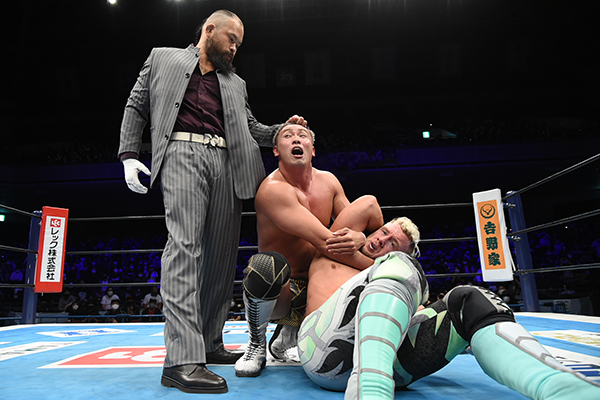 Ospreay and Okada was the first of the key group matches of the night. As Ospreay looked to get his first win over the Rainmaker, many expected the Assassin to pull out all the stops, and unbelievable offense was on display, but Okada still frustrated Ospreay and navigated his opponent several times into the Money Clip.

As the match reached its climax, Ospreay’s girlfriend Bea priestly made a surprising appearance in Ospreay’s corner, apparently lending moral support, before hopping onto the apron and drawing the referee. With the official unawares, a figure in a suit hit the ring and attack Okada.

Ospreay took advantage of the attack to hit Stormbreaker and score a stunning pin that eliminated Okada. As the suited figure revealed himself as the returning Great O-Kharn, Ospreay added further injury to Okada by delivering Hidden Blade. Ospreay, Priestly and O-Kharn returned backstage, where Ospreay declared that he was out of CHAOS, and preparing a whole new faction within NJPW. 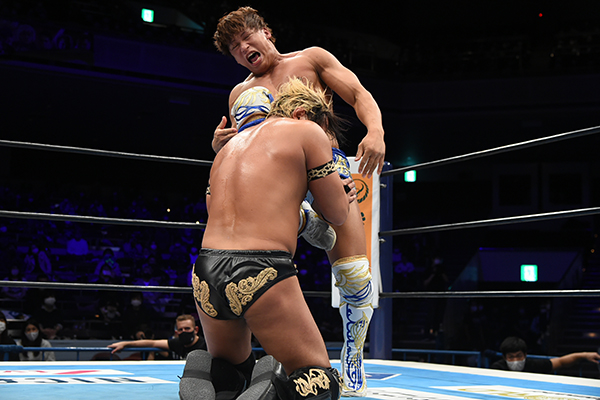 Kota Ibushi and Taichi were next up, Ibushi needing victory while wanting Ishii to win in the main event. From the outset, he and Taichi were eager to test wills and striking ability, leading to the most unique match in G1 Climax history. In over 17 minutes of action, Ibushi and Taichi only ever exchanged heavy kicks, to the legs and midsection of one another. Neither man would give in as strikes got harder and harder until Taichi finally crumbled for long enough to allow Ibushi to land Kamigoye. Ibushi had done all he had to do, but questions have to linger over the soundness of his heavily damaged legs heading into the final Sunday. 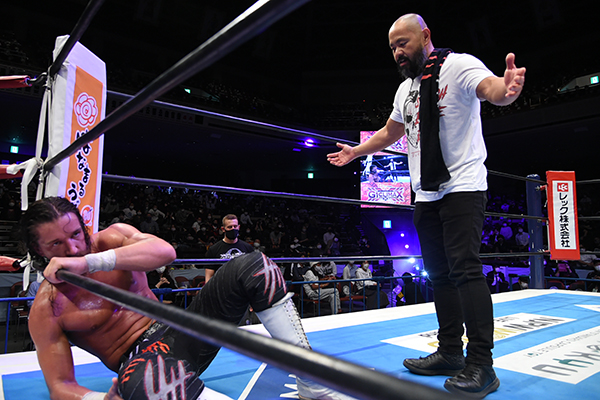 Ibushi’s route to the final was secured when Tomohiro Ishii defeated Jay White in the main event. White’s aggressive assault to the knee of Tomohiro Ishii seemed to all but eliminate the Stone Pitbull from contention, but time and again, Ishii was able to fire back against White. Gedo did all he good to swing the match in the favour of his charge White, but Ishii eventually landed a lariat to Gedo to take him out of the game and then land a Vertical Drop Brainbuster to White.

Gedo’s frustration at the result gave way to consolation of Jay White and anger at a ‘biased referee’, but the fact remained that with 14 points to White’s 12, he was out and Kota Ibushi was through to the finals. Who will he face Sunday?