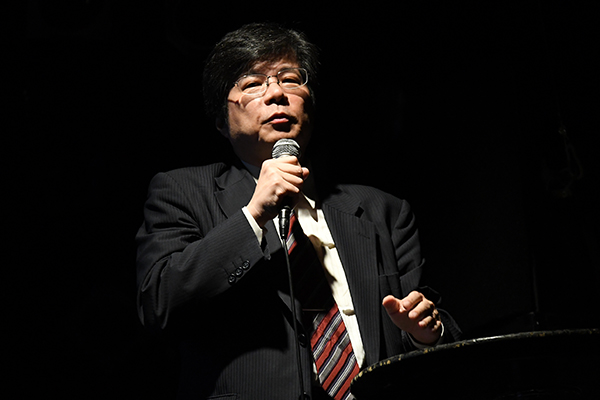 Kidani’s talk followed an announcement from New Japan’s medical staff about the injuries sustained by Katsuyori Shibata and Tomoaki Honma. In regards to the health and safety of NJPW talent, Kidani stated that he wanted to ‘closely re-examine everything’. 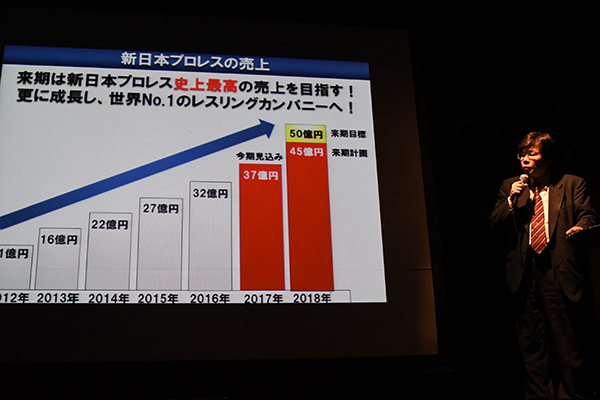 New Japan’s sales have consistently increased annually since 2012, and the trend is set to continue in 2017. NJPW is projecting sales of 3.7 billion Yen (roughly 32.6 million USD) for their 2017 reporting period. New Japan is projecting sales of 4.5 billion Yen for 2018, with a goal of 5 billion. Kidani hopes to ‘maximize the earning potential’ of each wrestler on the New Japan roster, while reducing their dates in order to conserve health.

As talk turned to America, Kidani touched on the differences in business between New Japan, and the market leader, WWE. In terms of merchandise sales, Kidani said that New Japan’s numbers are around ‘a fifth to a quarter’ of WWE’s, but that in the realm of digital goods and distribution, things are not even close. 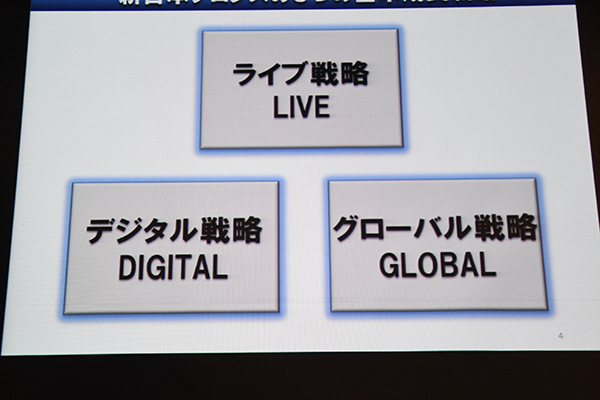 As a result, Kidani announced three major tentpoles of New Japan’s business in the near future. These consisted of: 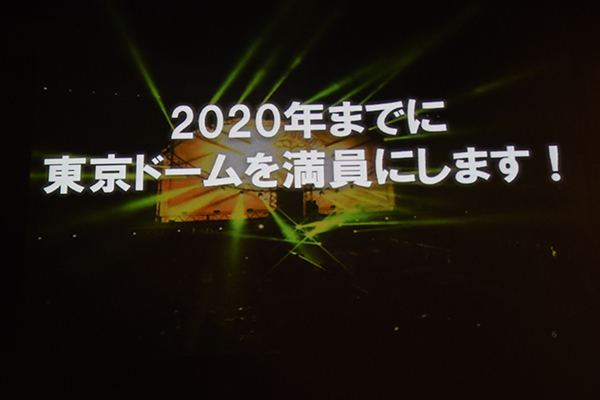 First, Kidani talked about the company’s live strategy, and announced a long term goal of a full house at the Tokyo Dome by 2020. He cited NJPW’s traditional January 4th Tokyo Dome show falling on a Saturday that year as a big opportunity. Said Kidani, ‘We want 40-45,000 tickets sold. A sold number of over 40,000 is something we can call a full house.’ Kidani also stated that due to increased media exposure and active promotion, live houses in venues across the country have improved. 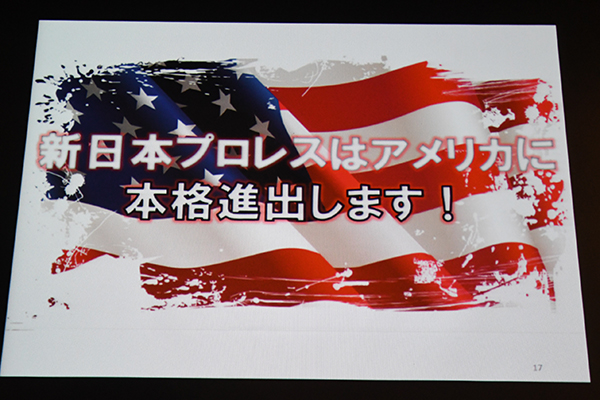 On a related note, Kidani commented on last year’s Buddyfight commercial starring Kazuchika Okada and Milla Jovovich. ‘Lots of people asked why I we did that- it was mainly out of frustration at a lot of our guys moving to America,’ he glibly remarked, before stating the commercial was a direct appeal to America in general and Hollywood in particular. 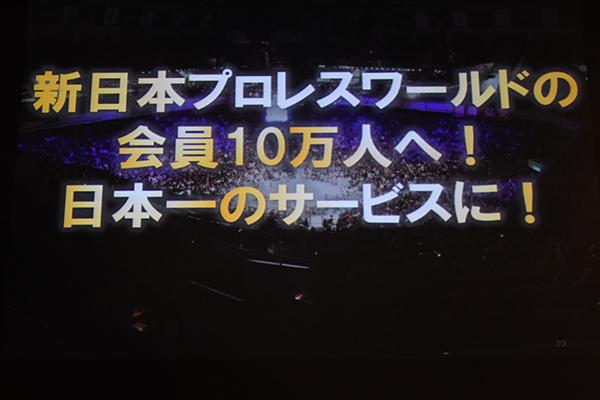 Next was discussion of a digital roadmap, and a goal of 100,000 subscribers to the NJPW World service, which would make it Japan’s largest streaming distribution service. Of the 50,000 current subscribers to NJPW World, 10,000 are outside Japan. This in addition to 200,000 weekly viewers of New Japan’s AXS TV show in the States.

New Japan World received a site update on May 16, and in the next few days, viewers will be more easily able to access NJPW World through Chromecast and Amazon Fire TV.

Kidani also declared an intention to increase live streamed shows, not just from New Japan itself, but global partners in the form of Ring of Honor, Revolution Pro, and CMLL. There is also a desire to increase the archive content on the World site, and Kidani would like feedback from fans on what kind of original programming they’d like to see on the service. Kidani also pointed to May 17th’s free airing of the Best of the Super Junior tournament opening show as a chance to appeal to new users.

The third tentpole was global strategy, and New Japan’s advance into America. Both Los Angeles G1 Special cards on July 1st and 2nd sold out in the span of two hours. Due to fan demand, extra seating was made available, and these tickets sold out in two minutes. To give an idea of the size of the Long Beach Convention Center to the Japanese media, Kidani likened it to the Ota Gymnasium, and surmised that ‘personally, I think we can run in buildings twice that size’. 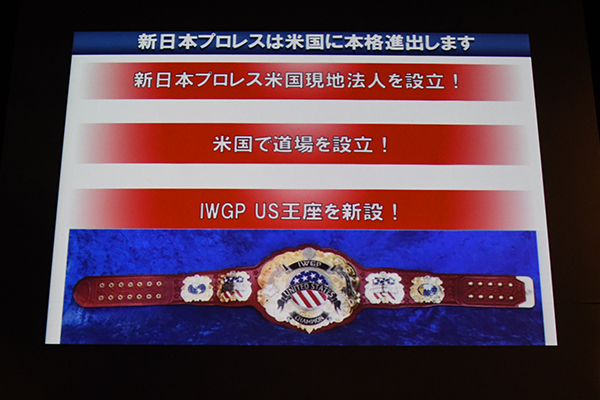 In terms of longer term strategy in the US, Kidani talked about plans to start a functioning US subsidiary next year, as well as a dojo based in America, and the IWGP US title announced at ROH’s War of the Worlds event this past weekend.

In analysing NJPW’s prospects in the US, Kidani stated that the company’s unique strengths are ‘presenting the best in ring wrestling in the world, a long history, and an original product not available anywhere else.’ Kidani also stated a desire to sell American cable networks on NJPW content.

With this mindset, Kidani stated he wanted the New Japan product to be presented ‘as is’ to American fans, giving them a unique experience. In regards to developing new stars, he said that we live in an era where ‘stars can be born in an instant’. With the goal of growing American business, Kidani talked about working with American promotions in order to nurture new talent, and bringing a Japanese style of touring promotion to a US territory.

In closing, Kidani said that it’s his goal to expose new, broader audiences to the joys of New Japan, while also taking greater care of the talent involved. It was a strong statement of intent for a company approaching a new stage in its 45 year history. 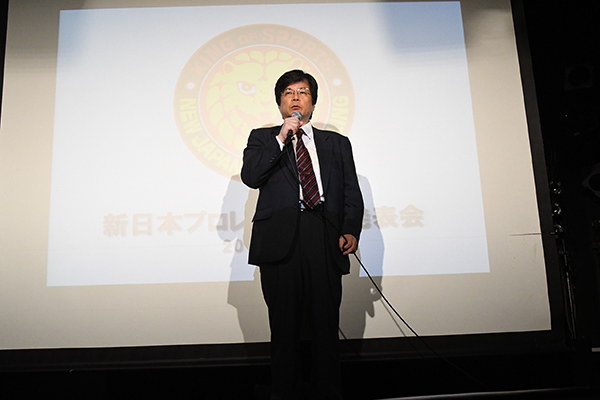