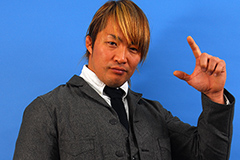 –Last time we talked about your first IWGP Tag Team Championship win. That was in the Nippon Budokan on June 13 2003. Now, in the main event of that card was a man not even a year into his career, Shinsuke Nakamura, challenging NWF Champion Yoshihiro Takayama. Was that something that impressed you? Were you jealous? How did you feel about it all?

Tanahashi: Honestly, I felt bad for him.

Tanahashi: Well, when you think about this business in particular, when a company decides to put absolutely all their muscle behind pushing a guy, it doesn’t get met with an overwhelmingly positive response, you know?

–The feeling he was pushed down people’s throats was there. And with him being elevated at such an early stage in his career, there was a portion of the fanbase that rejected it.

Tanahashi: Right. Of course I felt a little disappointed in myself, too. I mean to be in that position, main event in the Budokan just a year in, that’s unheard of. 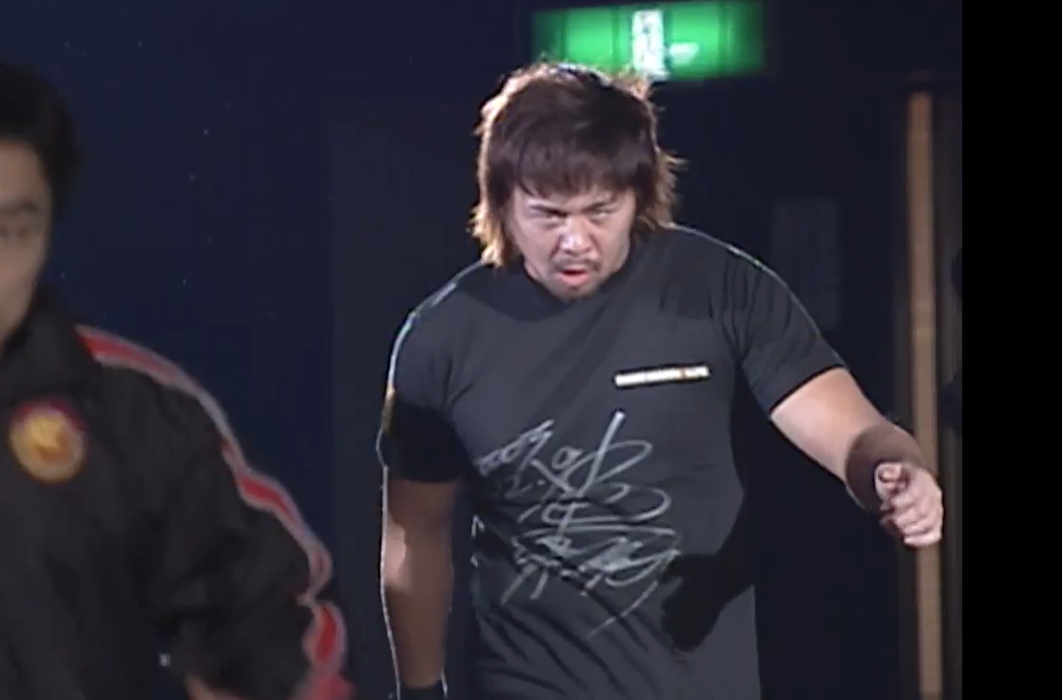 –Back then you said that with Shinsuke as a mixed martial artist and you as a pure professional wrestler you could both lead NJPW together.

Tanahashi: At the end of the day, we both wanted the IWGP Heavyweight Championship, right? We were both on the same mountain, but we were taking different routes on there. Pretty much opposite routes, actually. Not that I knew which would be tougher.

–It turned out both were pretty tough.

Tanahashi: Oh yeah. It’s a tall, tall mountain, and it’s tough going. Naito’s the champion now, but look at the rough journey he had to get there.

–The 2003 G1 was your second time in the tournament. You tied for fourth with a 2-3 record after beating Hiroyoshi Tenzan and Osamu Nishimura but losing to Jun Akiyama, Masahiro Chono and Manabu Nakanishi. Do you have any stand out memories from that tour?

Tanahashi: It’s got to be Sendai with Akiyama. The big deal that year was a top NOAH guy invading the G1, and it made these really hot crowds. After the match, Akiyama got on the mic and said he’d poach me for NOAH.

Tanahashi: Well, I think it was lip service more than anything, but to hear a top guy from another promotion give praise like that in front of a big crowd felt good, and I definitely benefitted from the rub, I think.

Tanahashi: They do, and that role of elevating people is important. I sometimes take that that now, of shifting the atmosphere in the crowd and directing the attention to someone else with potential.

–That’s another thing an Ace needs to do. How was it wrestling Akiyama though? A real wrestler’s wrestler, a fine attention to detail, but the NJPW and AJPW styles you came up in are very different.

Tanahashi: Hmm, I think that night there was such a gap in experience and ability levels he was just carrying me for the ride. But I never really agree much with the idea of AJPW and NJPW being all that fundamentally different.

Tanahashi: Heh. We talked before about ‘Strong Style’ being empty branding in my opinion. I think the same with King’s Road. In the end it’s all the same, fundamentally.

Tanahashi: Right. I think at that point in time it was more about good wrestlers being good wrestlers regardless of who they go their paycheck from. Some people might have thought that I was making light of Strong Style by saying that, but I wasn’t; I was saying the phrase doesn’t mean anything in the first place. There are lots of different types of pro-wrestling and good wrestling is good wrestling.

–After that G1, we fast forward to October 13 2003 and you were in the main event at the Tokyo Dome. It was an Elimination Tag match and you teamed with Tenzan, Nagata, Nakanishi and the Chairman of NJW at the time, Seiji Sakaguchi as the NJPW army.

–Nakamura was initially on the NJPW side, but then he moved over to the Inoki team as a representative of New Japan while you took Shinsuke’s place.

Tanahashi: Right, which tells you where me and Shinsuke were relative to one another at that point. I remember (former NJPW exectuvie) Uwai-san saying ‘I expect Tanahashi to hit the bulls-eye’.

More on this match next week!