Kota Ibushi gets on the road to Wrestle Kingdom 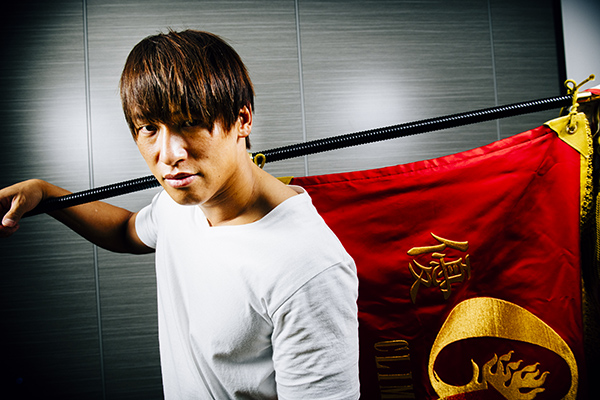 Saturday at Power Struggle, Kota Ibushi shockingly fell to Jay White in controversial form. The next day, double IWGP Champion Tetsuya Naito made a radical suggestion; determined to face the back to back G1 winner, he would defend against Ibushi on January 4 even if it put him in a weakened position the very next night against Jay White. Many questions no doubt linger as we get on the road to Wrestle Kingdom, but before the controversial events of last weekend, we got Ibushi’s thoughts on his historic back to back G1 win and what’s to come in the second part of our interview.

I ducked Shingo for 12 years. he’s a dangerous man 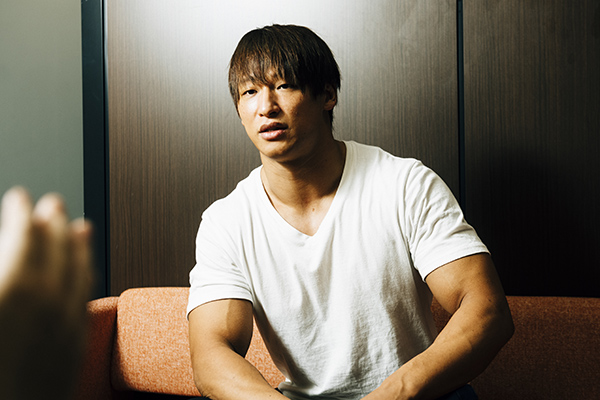 –When we look at your G1 campaign, you beat Kazuchika Okada in the opener, and then lost to Jay White in Hokkaido. From there you had a run of wins.

–But that run came to an end in your sixth match against Shingo Takagi. There was a lot of hype heading into that match; was it an important one to you?

Ibushi: We’ve talked about the ‘1982 Club’ of wrestlers before, and I’ve met with him at those parties, but I never got to wrestle him. It really didn’t seem like we would have the chance, and then we finally got that chance on the big stage in NJPW. I really didn’t want to lose.

–Takagi said that you’d been apart for 12 years, that even though you were in different companies, he always thought about you.

Ibushi: He was talking about when we met in 2007 in Dragon Gate. Since then, I’ll be honest… I’d been ducking him.

–You were ducking Shingo Takagi?

Ibushi: Yeah. For 12 years I ducked him. He’s a dangerous guy. Nobody knows this, but I actually got an offer to wrestle him six years ago, but I passed. And then it finally happened in New Japan.

–You ducked someone because you thought they were dangerous?

Ibushi: But he caught up to me. He’s a vindictive type.

–And did you feel that in the match? 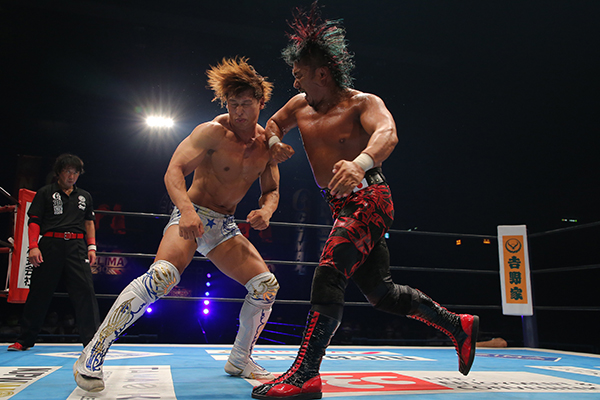 Ibushi: He gets fired up like nobody I’ve seen. I was fired up, but there’s no touching that heat. It can consume you. It was scary.

–There’s definitely a special fire Shingo brings to those wrestlers of your era. It was the same with Naito last year.

Ibushi: And that’s what won the match for him.

I wanted to obliterate him, and I think I did. 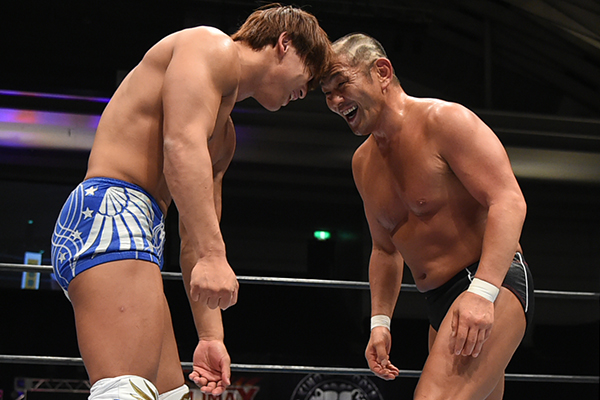 –Your match with Suzuki was a lot of people’s pick for match of the tournament.

Ibushi: Obviously with Suzuki you have to think MMA, and both of us have martial arts roots; albeit me with my kickboxing. I think that came through in the match. It was different to any of the other league matches. It stood out.

–Before the G1 you talked about being completely destroyed in your first match together seven years ago. This was a different story.

Ibushi: I came in thinking ‘I’m going to obliterate him’, and I think I did it.

–You were certainly motivated.

Ibushi: The match really played to my strengths, which are in striking. Before there was a clear pecking order that I was on the bottom of, and he controlled the pace. This time it was me leading the way.

It got to the point mid way where I thought ‘OK, let’s just do kicks’ 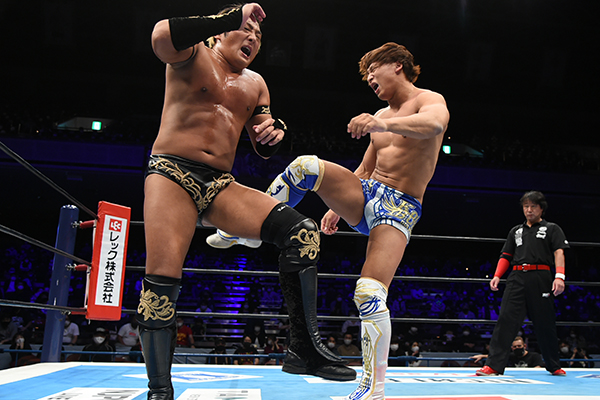 –And then your last league match with Taichi was the evolution of that to an extent. It was something none of us had ever seen before.

Ibushi: Heheh. My left leg was a mess.

–There was a lot going on that night even before your match.

Ibushi: The Ospreay thing, you mean? I caught a look as I was warming up.

–O-Khan had just made his appearance, you had this shocked atmosphere in the crowd; it must have been a difficult atmosphere to wrestle in.

Ibushi: I think Taichi felt the same way, and that’s probably why the match became what it became, to be completely different. I mean, there aren’t many guys in NJPW who kick a lot, right? So I figured ‘let’s build this thing around kicks’.

–Oh, so that was the plan from the outset?

Ibushi: Yeah, and then it seemed Taichi had the same idea. So I kicked, and he kicked back, and then it went from there. How many kicks were there?

Ibushi: So there was a point midway through where I just thought ‘OK, let’s just do kicks’. I mean I guess I cheated at the end with the knee, heh. But that’s kind of a kick, right?

–We’ll give you that. Leg based offense.

Ibushi: I had to go to my finish at the end. I wanted to win too bad.

–You had to win, with how everybody was lined up in the standings.

Ibushi: Right, of course I couldn’t afford to lose. I think we could have done the full 30 (minutes) with just kicks, it wouldn’t have ended. So I took my spot when it came.

–Certainly you’d used kicks with Taichi during your tag matches, but nobody expected the match would turn out the way it did.

Ibushi: It was probably the first match like that in the G1, right? Like, ever? In a good way, I think it’s the kind of match we were able to do because of the current situation, not in spite of.

–A unique match for a unique year. 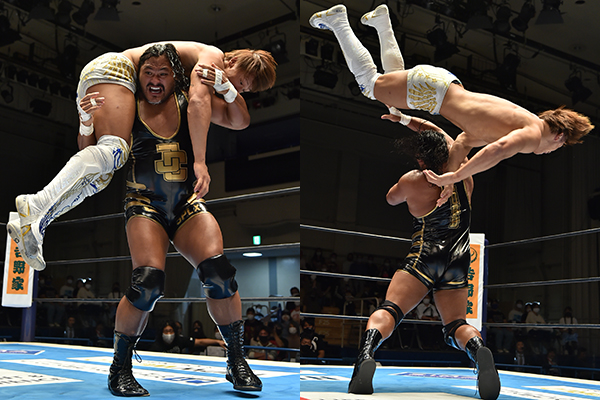 –What other matches stood out to you from the G1? The Korakuen match with Jeff Cobb was an exciting one.

Ibushi: That was insane! I’ve always been a fan of guys that came from Olympic competition. I mean to make the cut for the Olympics is super difficult, right? You have to be complete package to just make it, just to compete.

–That’s for sure. It’s the very elite.

Ibushi: Right, so for me, this was a chance to see what it was like to face an Olympian wrestler. See just how strong he was. I’d like to see how any Olympian would fare in a wrestling ring. How a track athlete would cope with running the ropes, say.

Ibushi: I’d love to see that! But it’s that curiosity that brought me to the Cobb match and he really was awesome.

–Cobb wrestled for Guam in the 2004 Olympics as a 85kg freestyle wrestler. I think we saw a side of Cobb we rarely see in that match with you.

Ibushi: Heheh. That was kinda by design.

–There were some quite extreme suplexes in that match.

Ibushi: I got spun around all over the place, thrown here and there. It was really like a rollercoaster. Almost fun at first until I realised how much I was hurting. All of a sudden, I was thinking ‘so, where am I, again?’ But I’d absolutely like to face Cobb again.

Naito went into the Dome with nothing and came out with everything. 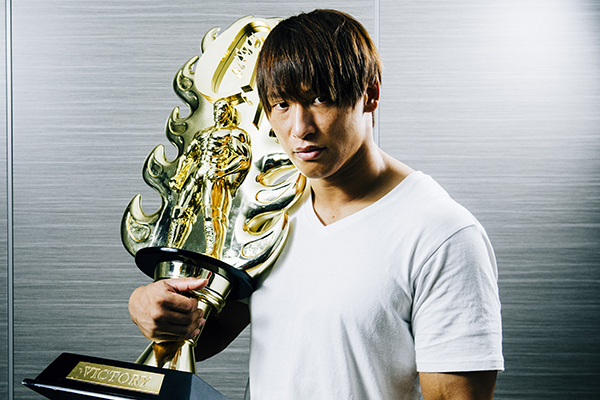 –You won back to back G1s, but now the next thing on your bucket list is that Double IWGP Championship.

Ibushi: You look at Naito, he came into the Tokyo Dome this year with nothing, but then he walked out with everything. And he still has those titles. When you take 2021 into account, I want to be the one leaving with everything in the end, and I have to take it from him. I’m still not giving up on my dream, and my dream is to not just win the titles, but win them from Naito. And then, well, then the next dream will be on the horizon.

–You said before the G1 that you wanted to face Hiroshi Tanahashi in the G1 finals. He lost out in the end, but had some great matches on the way. What are your thoughts on Tanahashi right now?

Ibushi: I said at Jingu that we would take a break from tagging and that we might team again if I win the G1 and we faced one another in the final. Well, I won the G1, but circumstances being what they are, I don’t think we’ll be teaming with one another for the time being. My stance was ‘if I win the G1, I call the shots’. Tanahashi is a bit beneath me right now, heh.

–But it’s a possibility in the future?

Ibushi: Oh, yeah, but I get to decide.

–Both your and Tanahashi’s fans would certainly like to see it again.

Ibushi: I watched his matches and they were great all through the G1. Maybe not in terms of movement in the ring, but he has a lot of things that I don’t. An ability to control the flow of the match, control the crowd…

–There’s nobody better at drawing attention.

Ibushi: Maybe we should team again after all? (laughs)

–You talked about becoming God, but maybe there’s more to be learned from your god.

Ibushi: Maybe, maybe. Just to learn a little more. But when I was talking about becoming God, I really meant God, not a god. Not like Tanahashi, not like Nakamura. Like this (below) 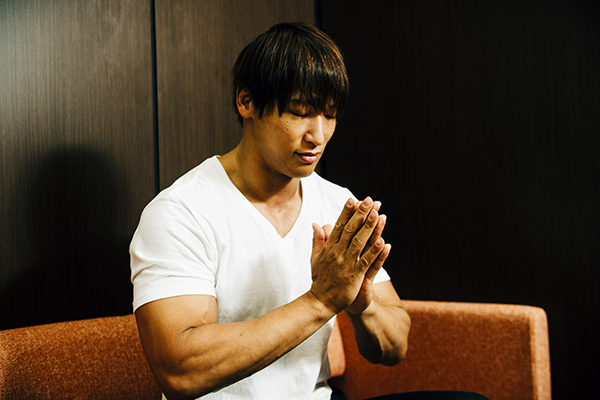 –You’re being literal. You want to be worshipped.

Ibushi: Yeah. Like, religiously. I call Tanahashi a god, but that’s a different kind. It’s easy to get mixed up.

–So to remove all doubt, you beat Naito and you beat Jay White at Wrestle Kingdom.

Ibushi: Right. Naito, then Jay, then I will become God for real. 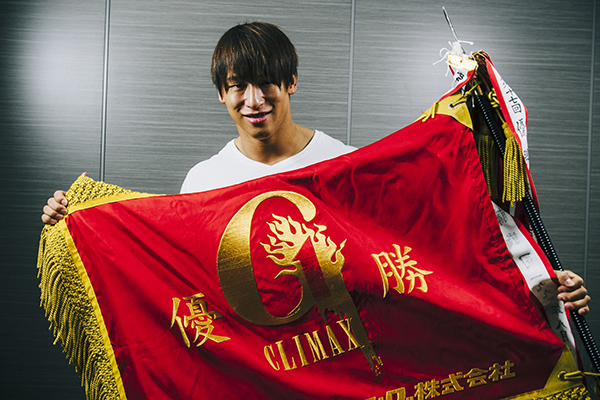