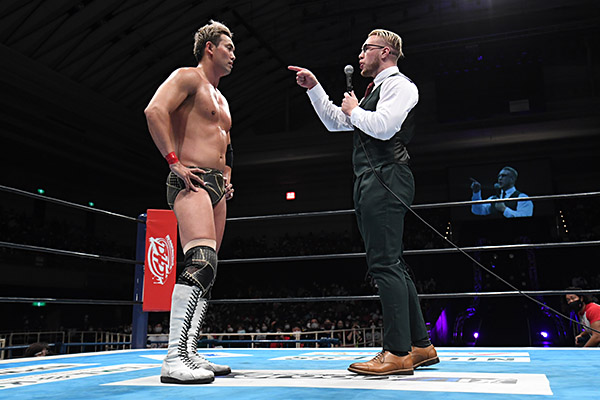 Kazuchika Okada defeated Great-O-Khan in EDION Arena at Power Struggle, but moments later had to readjust his focus to Will Ospreay, as The Assassin made a huge challenge for Wrestle Kingdom 15.

O-Khan headed to the ring to face Okada with an Ospreay who has adopted a very different attitude and appearance. Clad in an expensive suit and sipping fine champagne, Ospreay took a seat at ringside to see an O-Khan that impressed and pushed Okada hard but ultimately lost his first singles match in NJPW. 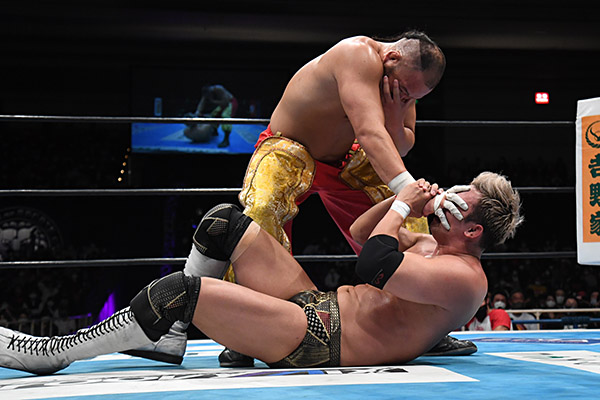 Okada did not have an easy road as O-Khan demonstrated his fearsome ability. Taking control of the Rainmaker, O-Khan frequently overpowered Okada and scored some big knock downs with karate styled kicks and Mongolian Chops. Yet as the Iron Claw broke out out of Okada’s Money Clip, the Eliminator slam could not connect. The perseverant Okada was able to finally sink the Money Clip in tight enough to drive his opponent into unconsciousness. 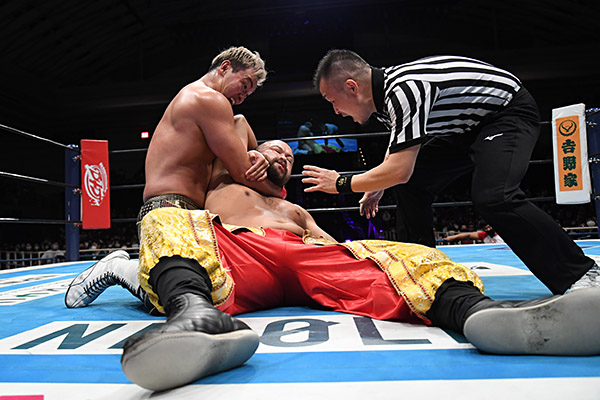 Post match Ospreay sarcastically congratulated Okada for beating ‘his test’, but went on to explain why he betrayed Okada to leave CHAOS. ‘I used you,’ Ospreay explained, to gain success and riches within New Japan ‘but the only way to top that success is by ending your career’. Ospreay made the challenge to Okada for Wrestle Kingdom, and Okada quickly accepted, with the promise to ‘crush you at the Tokyo Dome’. More news will follow if and when this match is made official.