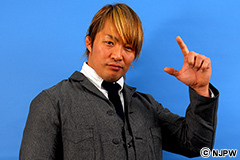 –So last time we spoke about your GHC Tag Team Championship win alongside Yuji Nagata against Kenta Kobashi and Tamon Honda. At that stand point in time in October 2003, you were IWGP Tag champion with Yutaka Yoshie and GHC champ with Nagata. Two tag titles, but very different partners.

–Haha! But because of how big a singles star you would become in the next few years, it’s a surprise to a lot of fans to hear that you were such a proficient tag wrestler.

Tanahashi: You’re right, back then I was really a tag guy.

–What makes an ideal tag team in your opinion?

Tanahashi: I think the most important thing to consider is what the fans think. In that way, I think that this situation with Yoshie and Nagata wasn’t exactly ideal. I did my best with both guys, but I think a tag wrestler really needs to adapt the qualities of his teammate in a way.

Tanahashi: Yeah. Whether you have the same costume, or you just have a similar colour scheme, or whatever. I think whether it was with Yoshie or Nagata, I didn’t look like their teammate at any given time.

–You seemed a little bit thrown together as pairings.

Tanahashi: So it didn’t seem as if we needed to be together, and in the end, neither team stuck anyway.

–With you and Kenzo Suzuki, there was more of an air of a common theme. You had a similar energy, similar hair styles…

Tanahashi: Right. We never won any belts together, but we had a fresh presentation and it looked as if we could go places.

–While you were GHC Tag Champion, the homegrown NOAH talent obviously were resistant to the idea. That put you in matches right at the top of the cards, and a tough schedule. December 6 2003, you faced Wild II, Takeshi Morishima and Takeshi Rikio in NOAH, and then three days later you were defending the U-30 Championship against Naomichi Marufuji. 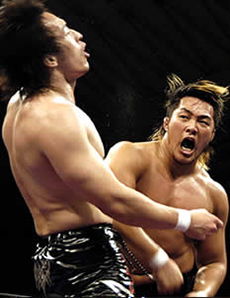 –After the Marufuji match you said that it was a very big win for you. You also said that you wanted to bring Marufuji over to NJPW.

Tanahashi: They were the same words (Jun) Akiyama had used toward me in the G1. To bring him over. I mean at that point everyone regarded Marufuji as a genius.

–People used that word for you as well.

Tanahashi: They did, and I hated it. They called me ‘the genius of the sun’. That’s a rough label to have!

–It comes with a lot of pressure.

Tanahashi: I kind of dug the ‘sun’ part. It’s bright, energetic, that’s fine. But ‘genius’, man. I was practically screaming ‘don’t call me that!’

–You thought that name was better suited to Marufuji?

Tanahashi: Marufuji was a genius. Is a genius, but especially back then. In the years since you had guys like Okada, like Ibushi that had that same smoothness and perfect execution, but back then there was nobody like Marufuji. That U-30 match was really something. 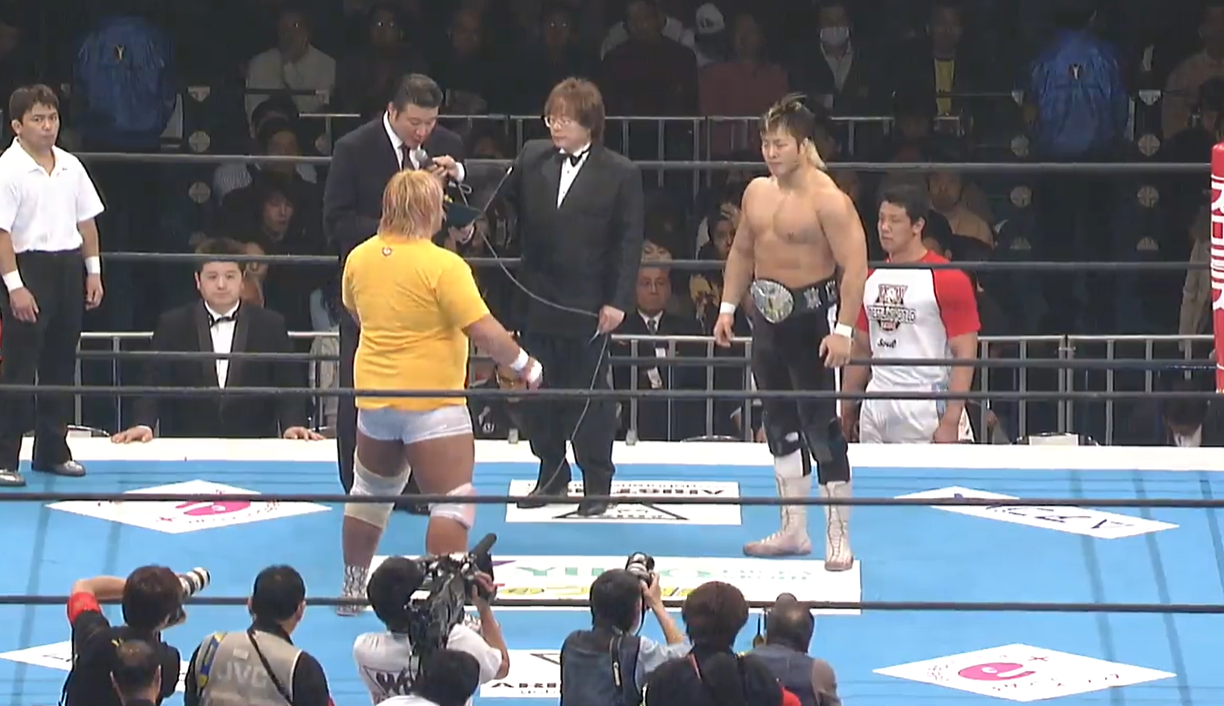 –On January 4 2004, you defended the U-30 title against Yoshie and then said that your next goal was ‘the young champion in the main event’. Obviously that could only be one man.

Tanahashi: Shinsuke Nakamura. This was the Dome where he beat Yoshihiro Takayama in the main event, even with the beaten up face after he fought Alexey Ignashov.