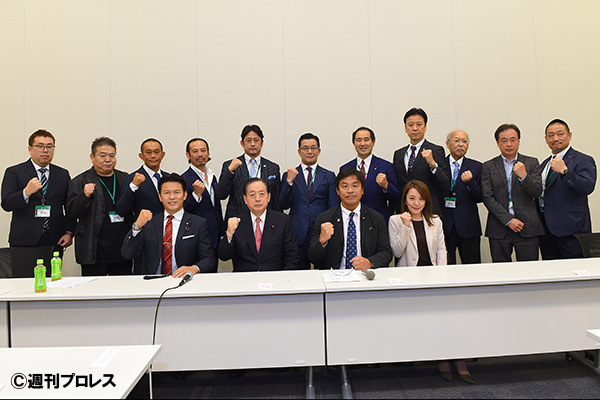 On November 19, 2020, New Japan Pro-Wrestling was part of a meeting in Japan’s lower house of representatives as part of a multipartisan meeting to discuss the promotion of professional wrestling and mixed martial arts. 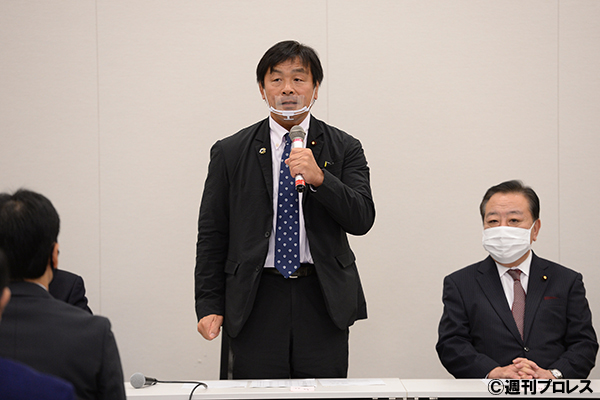 Starting the proceedings, Hase commented on the state of combat sports in the country at present. ‘There have been several event cancellations in the wake of the COVID pandemic, and I’ve received a lot of requests from promotions all the way down to freelance athletes asking what aid the government can give. I’ve also been asked about what can be done for foreign competitors looking to fight or wrestle in Japan’.

Hase went on to explain that multiple members in governmental positions have a ‘deep love of combat sports’ and can count on the worlds of martial arts and professional wrestling to ‘stamp out antisocial activity, and provide safe environments for fans and competitors,’ adding that ‘I summoned us all here to let everybody know that we are always open for discussion and advice’ 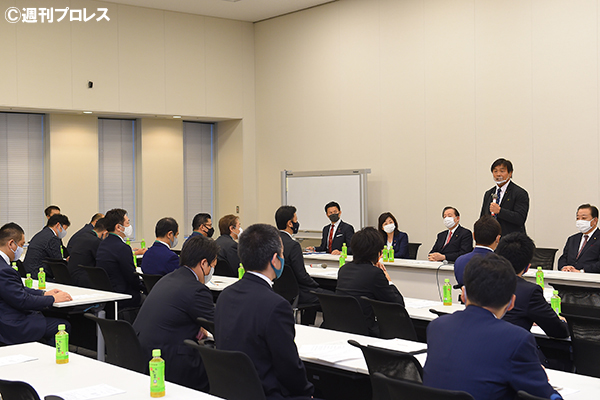 Hase also praised the efforts of the professional wrestling industry for their meeting with government officials back in April, applauding their ability to ‘not act separately, but to come together in unison in times of trouble,’ adding that the meeting boosted the public perception of the industry and provided a ‘role model’ for young people to ‘not just act as fans, but become part of the industry’. Hase concluded his opening statement by saying that the Japanese government has several fans who ‘are proud supporters of professional wrestling and martial arts,’ that are happy to support in any way they can.

Representing the professional wrestling world in the meeting was NJPW president and CEO Takami Ohbari, who made the following statement.

‘New Japan Pro-Wrestling is just one part of an entire professional wrestling industry that has been deeply affected (by the pandemic). Yet history has shown that professional wrestling has been able to unite the hearts of many and bring people together in the face of deep adversity. From the very early days in post-war Japan, wrestling has taught us to never give up and to keep fighting until the very end and the count of three. In the wake of the Coronavirus, wrestling is more important to society than ever.

That said, we are currently operating under limited capacity venues, and many fans are concerned about the health risks of events. While we have had no clusters or cases arising from events, these concerns have a deep effect on attendance, and sale of goods. As Mr. Hase has alluded to, along with the seven organizations that are present here today, we are preparing to form an industry wide committee that can properly work in solidarity with the government. For the time being, we are deeply grateful to have the strongest possible backing in this venture.’ 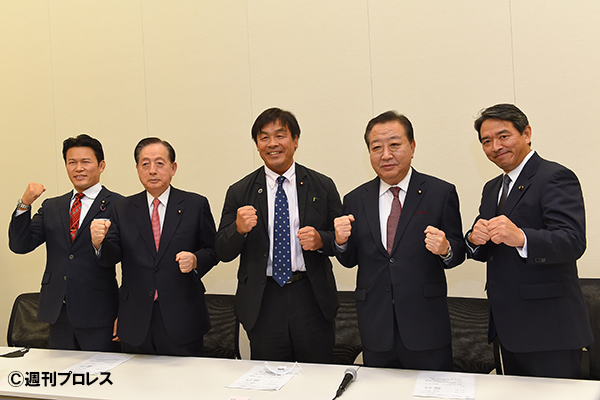 ‘I am extremely happy for this meeting to take place here today. Transcending mixed martial arts, we in combat sports, whether in a ring or a cage, represent a centuries old samurai spirit. As we move forward, I would like for this country to continue proudly bearing that spirit and culture we represent. Here we are taking a crucial step forward in not letting this pandemic ruin the proud traditions of martial arts and professional wrestling, but rather step forth against adversity in the same way our seniors did in post-war Japan. I want to continue pushing forward in this crisis together with the members here, so that even after this pandemic is behind us, we can further our culture and pass down these traditions to the next generation.’

‘As my colleague from New Japan Pro-Wrestling explained, even with half capacity venues, there are those who are afraid to attend events in person. Rather than force people into attending events despite these concerns, I hope that the government can assist in providing more ways for fans to watch events remotely, and help us provide new ways to enjoy both pro-wrestling and mixed martial arts.’

‘This is a mission that we will continue with even after COVID. Until we have distance from what is a pandemic that correctly causes deep concern and fear, I ask for this assistance in ensuring we pass this spirit to the generations to follow’.

After statements and questions, discussion took place about specific measures for the different organizations, including the ‘Go To Event’ scheme introduced by the Ministry of Economy, Tade and Industry. There was also explanations of measures for overseas fighters and wrestlers entering Japan, including the two week quarantining period currently being enforced.

Tsuyoki Fukuda (President and CEO of All Japan Pro-Wrestling)