Night four of Best of the Super Jr. 27 sees action come to Gunma. As the tournament enters its middle phase, who will emerge as a top runner?

Watch Best of the Super Jr. 27 live and English on demand with NJPW World! December 6 and 11 with LIVE English commentary! 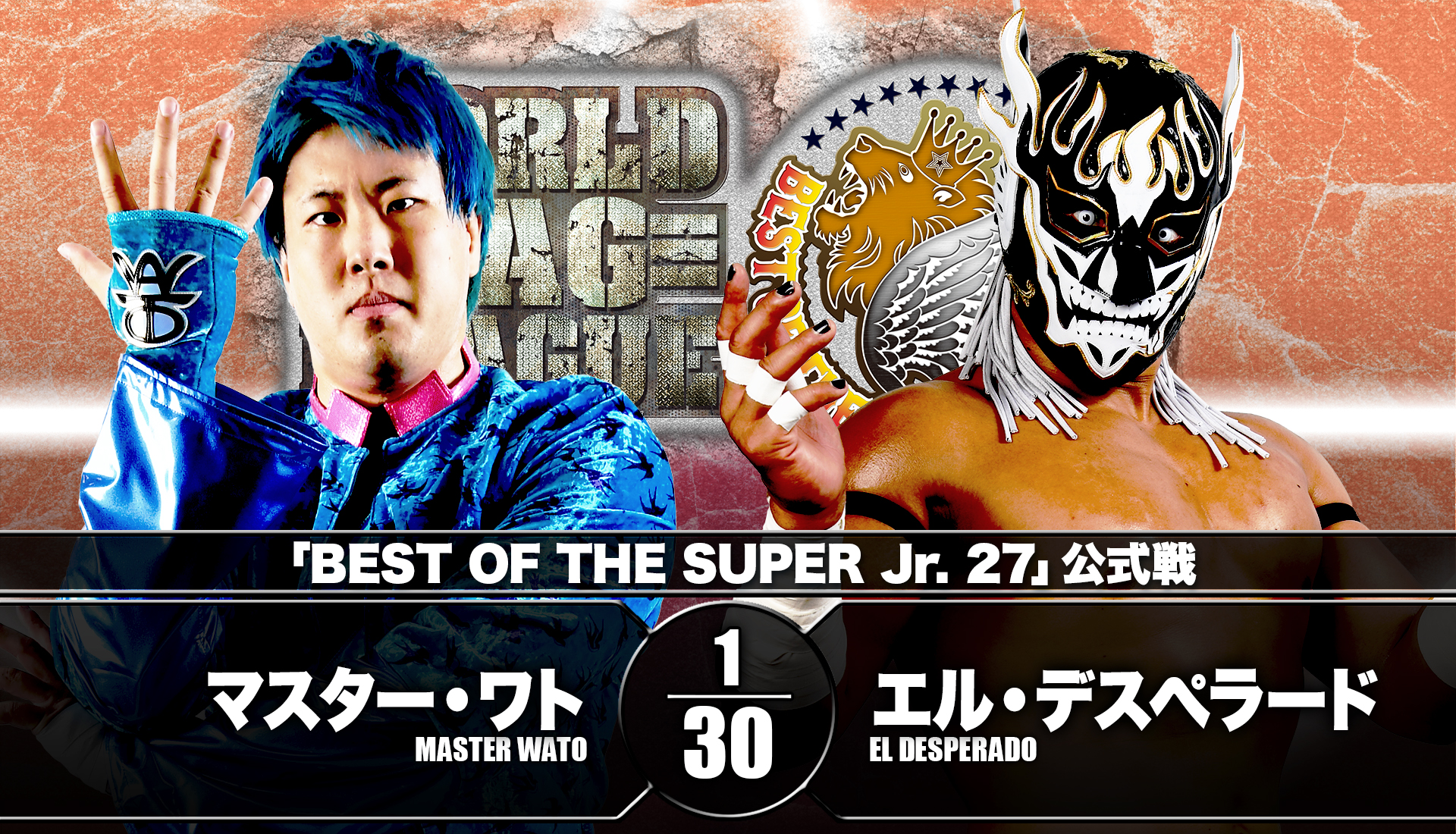 Master Wato sees the first singles main event of his career when he takes on El Desperado. With wins over Yuya Uemura and Robbie Eagles    only stopped by the rear end of Ryusuke Taguchi, Wato started in impressive form to stand at four points. On the other hand though, Desperado rallied from his own loss to Taguchi in the tour opener to brutally assault Hiromu Takahashi on the way to victory in Korakuen Hall, and move to four points against Uemura.

Now, Desperado will look to deliver a harsh lesson to the precocious Wato. His pre tournament interview saw Desperado lay into Wato with some cutting comments, and Desperado has to know that Wato will have read them. Will the young master be fired up enough to deliver a huge surprise? 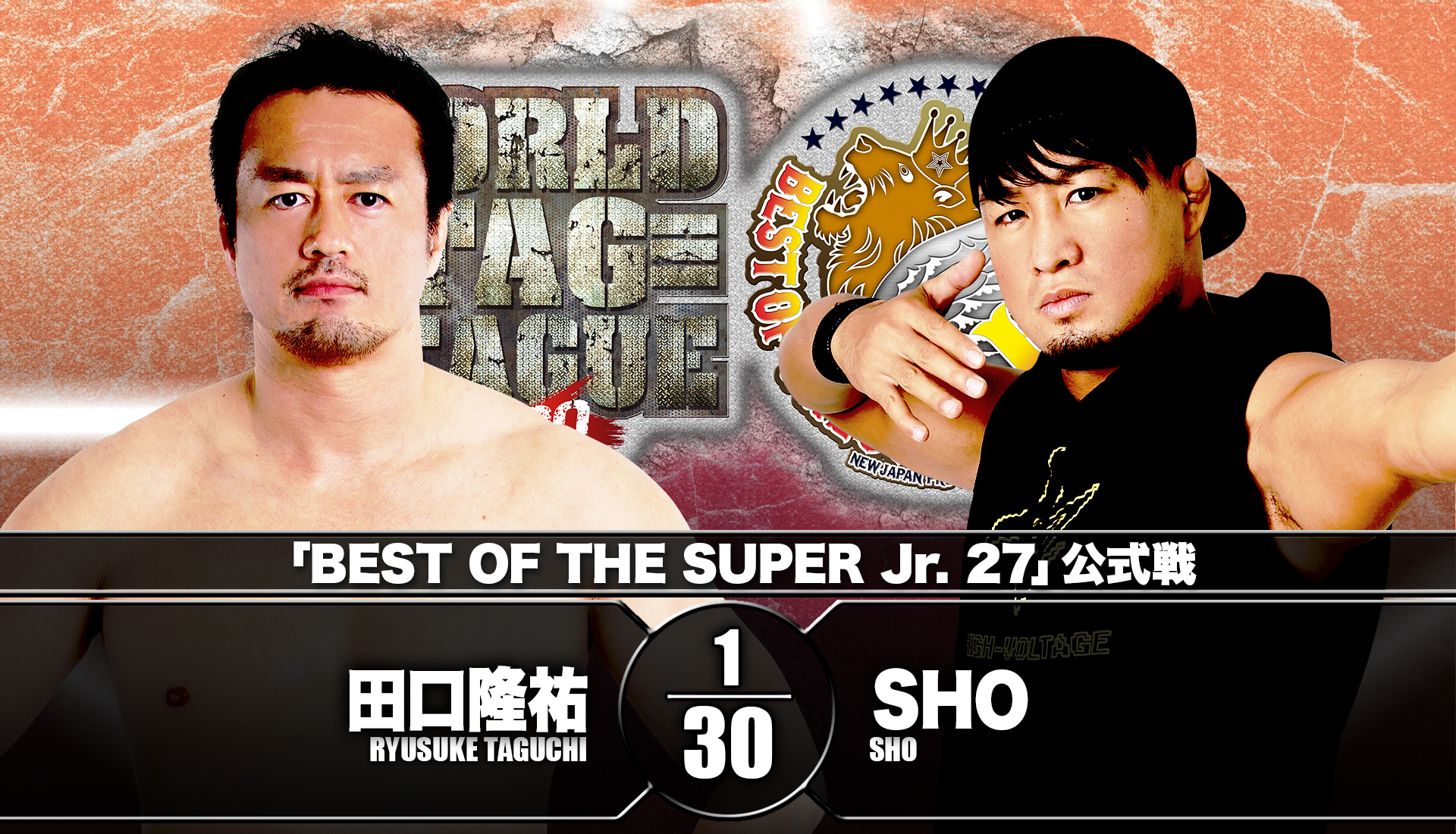 A 1-0 record for Taguchi in the Best of the Super Jr. series is one part of a story between The Coach and SHO that dates back to his debut as a Young Lion. Then, it was a series of matches SHO had with Taguchi that helped form him as a wrestler, and even since his return with YOH, Taguchi was there to comepete with Roppongi 3K, the battle with Mega Coaches Taguchi and Rocky Romero back in February being a highlight of SHO’s tag career.

Now, tied on points after Taguchi showed his rear to get past Master Wato, and SHO had to submit wants to right that 1-0 record in what needs to be a breakout tournament for him as a singles competitor. Can SHO get another two points, or will Big Match Taguch stay on top?

Fourth match of the card should be an exciting one indeed, as DOUKI seeks to follow up on the damage dealt to Hiromu Takahashi by Suzuki-Gun teammate El Desperado Thursday.

Having flown himself as a young man to Mexico, and worked from the ground up in that country, DOUKI has a deep seated resentment toward NJPW wrestlers who have spent time on excursion in Mexico and received full red carpet treatment as a result. Hiromu falls into that category on the face of things, but for the fact that the Time Bomb’s excursion to CMLL was a far longer one than many, and one of the most successful in memory as well. Hiromu’s track record in Mexico is not to be denied, but is that something DOUKI will respect, or find only deeper resentment for?

DOUKI’s zero point record belies a more intense attitude in this year’s tournament, and some intense and hard fought matchups in the first third of the campaign. Against Hiromu he has the opportunity to score the biggest win of his career, and leave the biggest impression. 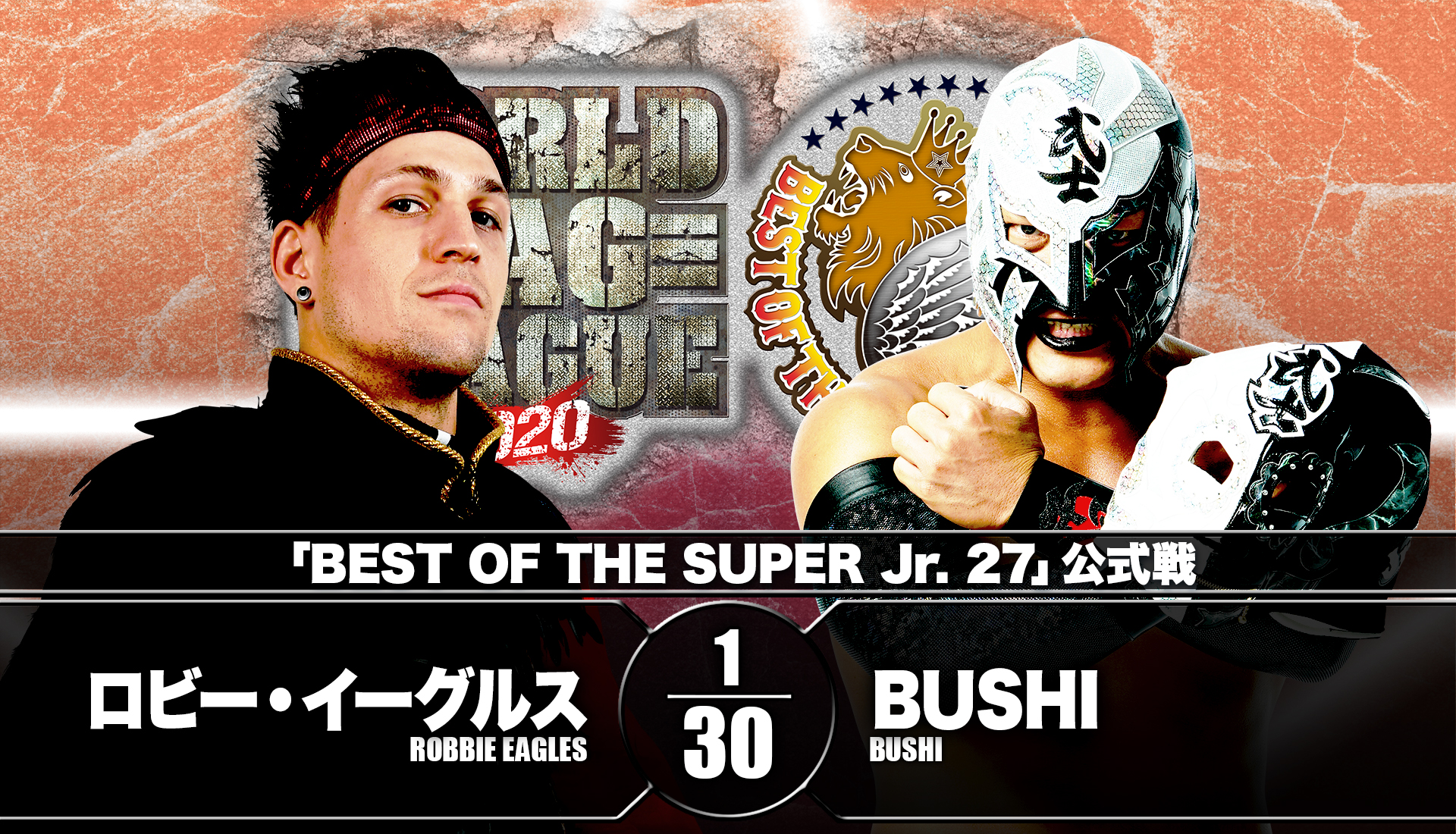 Robbie Eagles has had his date with BUSHI circled on the calendar since his appearance in Best of the Super Jr. 27 was confirmed. After losing to the masked man in last year’s tournament, he was then defeated again in February when a NEVER 6-Man Tag team Championship match ended with black mist to his face. Certainly the Australian wants to deliver a receipt tonight, and to follow up on the biggest win of his campaign so far over SHO in Korakuen.

For BUSHI though, chagrinned after a tremendous main event battle with partner Hiromu Takahashi that saw him just barely fall short of victory, the need to get back on track, and catch up after falling one win off the pace. Can he achieve that tonight in Gunma? 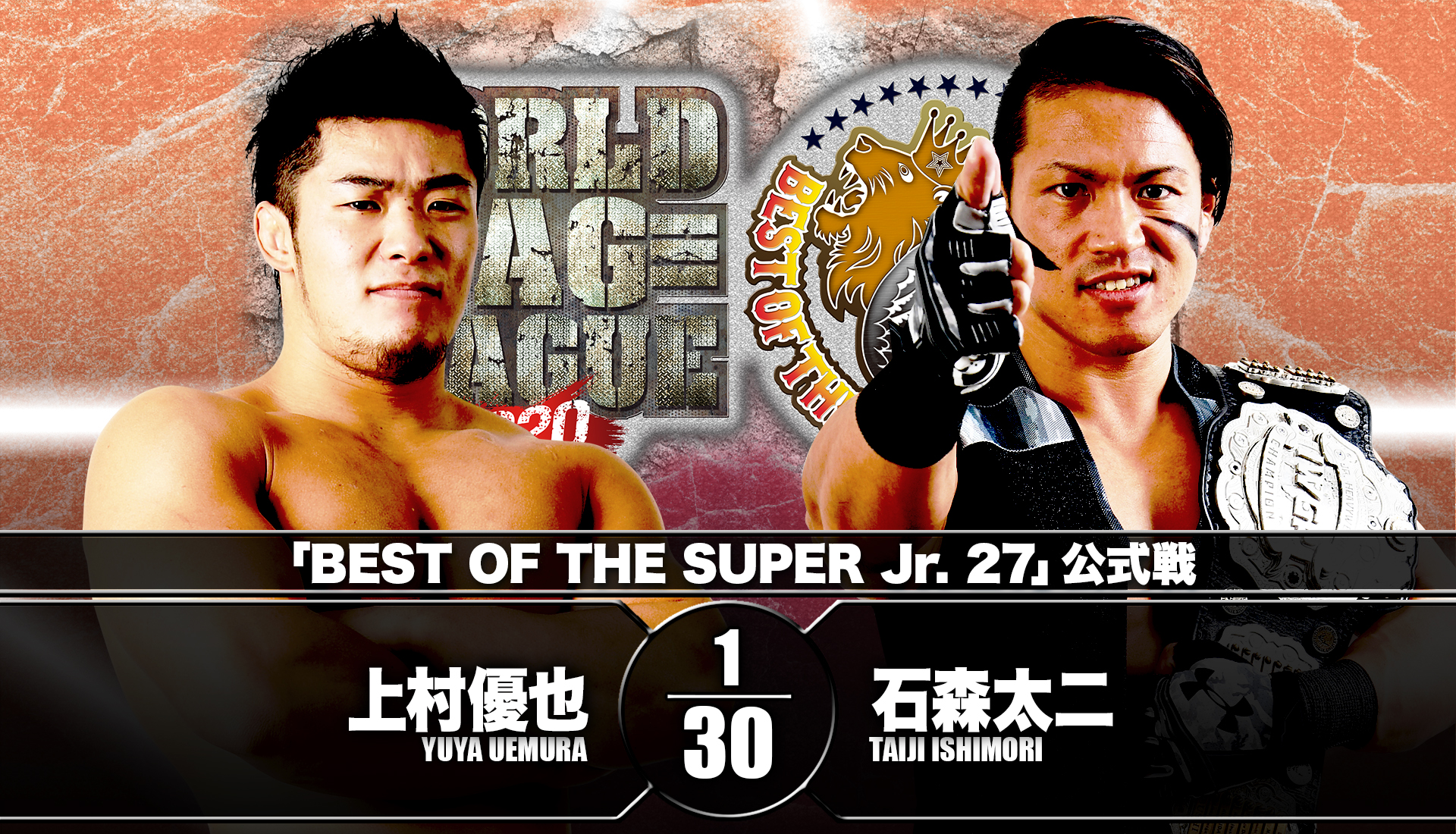 Yuya Uemura heads into his thrid match fo the tournament to face Taiji Ishimori for the fourth time this year. Starting in the New Beginning tour, Uemura has steadily eked more ring time out of Ishimori in each confrontation, with 8m13s back in August his record. After Ishimori had to work harder than he would have liked for victory over DOUKI Friday in Korakuen, will Uemura push the champion harder again tonight, or will the Bone Soldier quickly shut down the Young Lion? 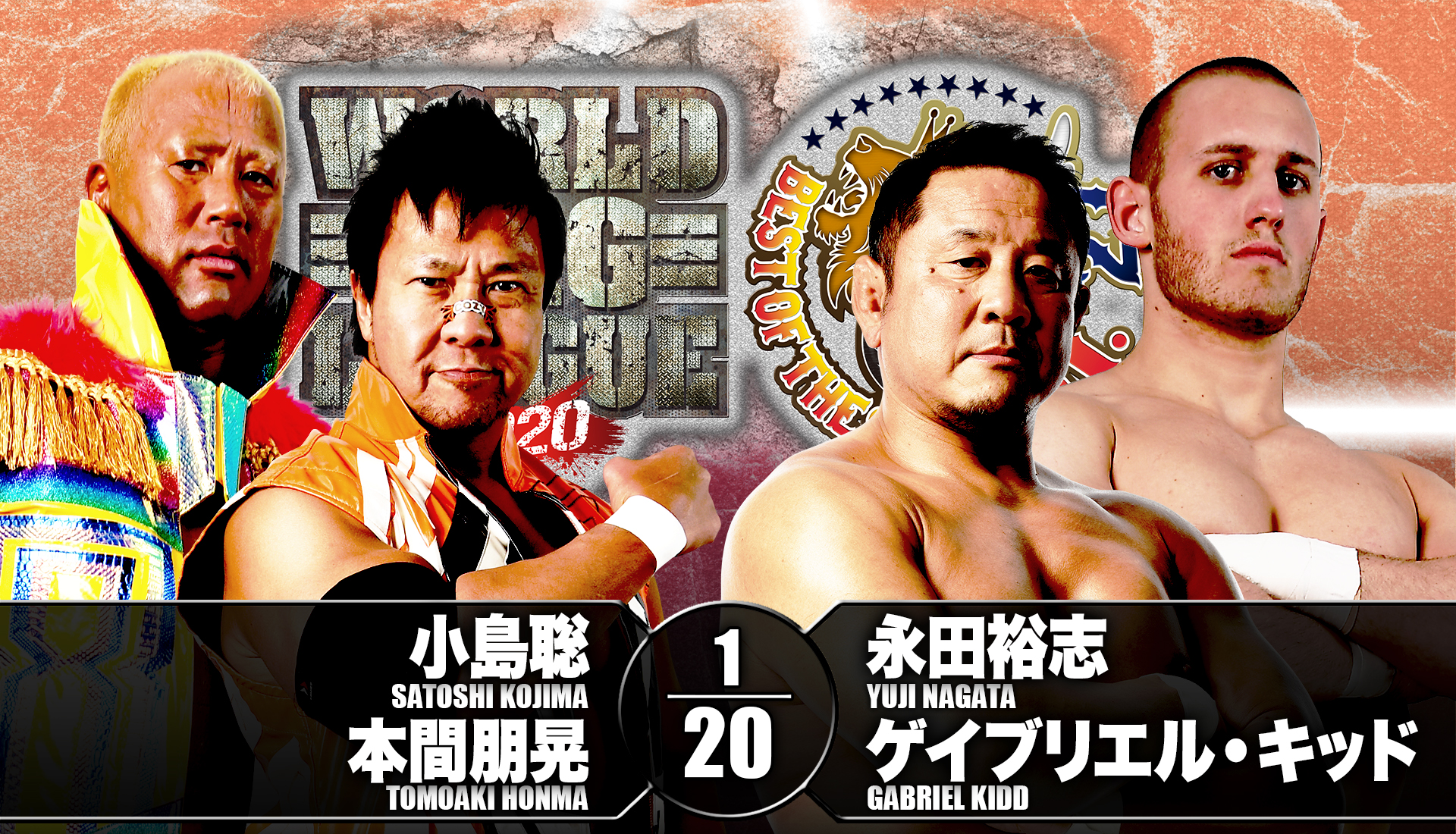 Tag team action will kick us off in Gunma. Friday in Korakuen, Gabriel Kidd countered one lariat from Satoshi Kojima, only to eat a second from the strongest arm. Will things be different in Gunma?