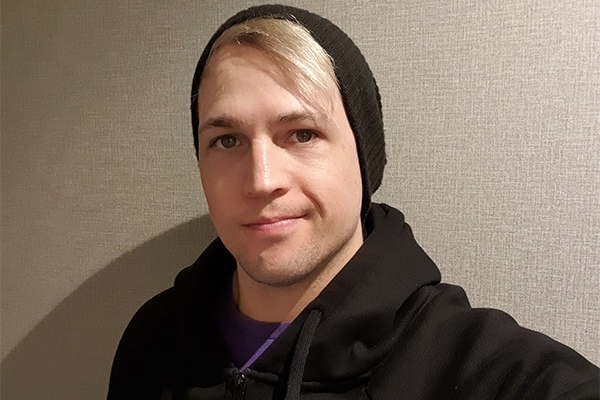 Robbie Eagles’ Best of the Super Jr. 27 campaign has passed its midway point, and although the negative 2-3 record is something he wants and needs to rectify, his string of incredible performances is undeniable, and he is still in the hunt for the overall victory. Before the tournament started, we sat down with Robbie to discuss competition with World Tag League and Super J-Cup, as well as the actions of his friend Will Ospreay in founding THE EMPIRE.

Watch Best of the Super Jr. 27 and World Tag League 2020 LIVE and in English on demand with NJPW World! LIVE English commentary December 6 & 11!

Being away? It’s been hard 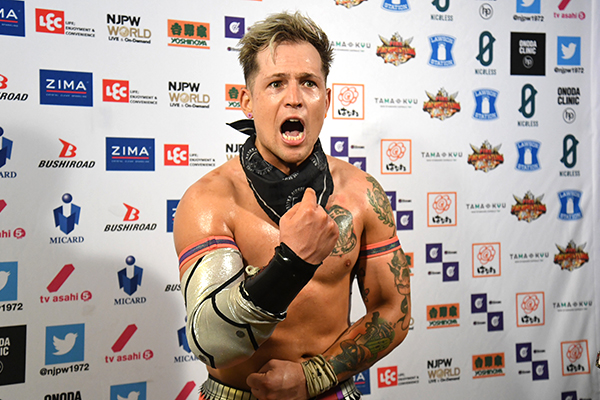 –So, Robbie, before you came over for Best of the Super Jr., we last spoke together around six months ago…

Robbie: Yeah, right in the middle of the pandemic, or maybe I should say the start…

–How are things in Australia right now?

–When we talked before it was just as the initial Best of the Super Jr. tour was cancelled. How have those intervening six months been for you?

Robbie: Hard. It’s been hard especially as there was really nothing to do at first. I had some equipment to stay in shape, but not in-ring shape because everything was shut down across the board. When things opened up a little bit more, that was great because I could train with other people again, but as far as NJPW was concerned…

–You didn’t think you’d be able to get out here again this year?

–But then there were rumours that maybe the tournament might take place after all.

Robbie: I was hearing whispers of ‘maybe, maybe not’ and I just kept my hopes up. When I got the call, I did everything I could right away. It’s not a figure of speech, I was literally waiting by the phone for that call and I immediately did all I had to do.

Hiromu wrestled heavyweights, and some heavyweights might move down. You have to be ready 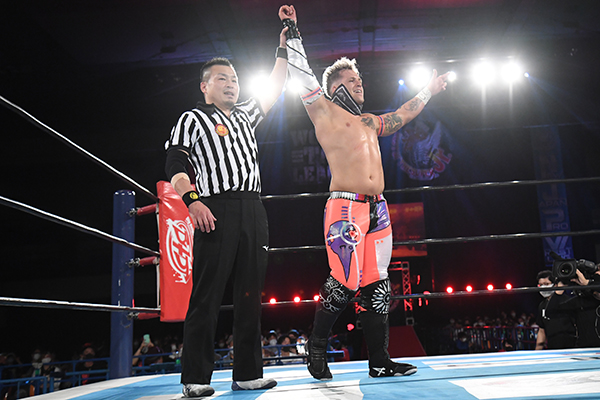 –The announcement of BoSJ 27 came right in the middle of the G1. Were you watching the G1 Climax this year, were you keeping up to speed?

Robbie: Absolutely. I watched everything that there was to watch on NJPW World. ‘Sniper of the Skies’ isn’t just a nickname for me.

–You really keep that tactical view of everything.

Robbie: Exactly. It’s all about seeing where people have their weaknesses and where they can create their opportunity.

–When NJPW returned from isolation, we saw a lot of junior heavyweight vs heavyweight matchups.

Robbie: Yeah. I wasn’t sure whether I would have to compete like that, like Hiromu did in the New Japan Cup. So I felt I had to be prepared in case that was the situation I faced. Plus you never know, some wrestlers like Shingo Takagi and Will Ospreay have moved up to heavyweight, but some might want to cut the weight and move down, so you have to be aware of everything across the board.

–Did you feel envious watching the G1?

Robbie: Oh yeah. I’ve only ever been in BOSJ once, and since then I’ve been tagging a lot, so I haven’t had as much of a chance to test myself as a singles wrestler in New Japan. I feel I’m mentally ready now, but BOSJ will be the true test.

Whether it’s me or not, the main event spotlight should be on the juniors 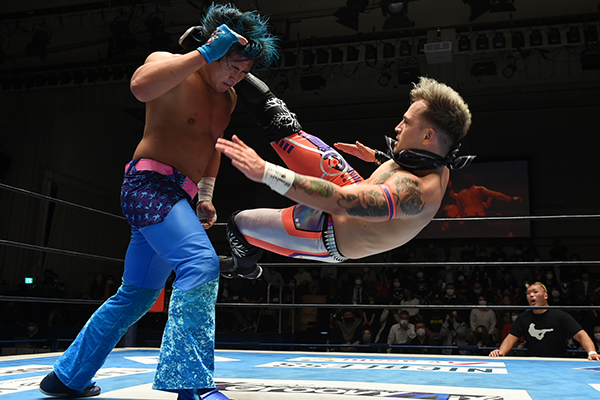 –Unlike other countries, we’ve been able to have fans in the venues in Japan, but they’ve been encouraged to clap and stamp their feet rather than chant because of Coronavirus precautions. Does that affect the junior heavyweights do you think? A lot of junior heavyweight wrestlers talk about the adrenaline they get from a crowd pop.

Robbie: Well it’s different, for sure, but the fans are still turning up, they’re still filing the arenas, and even though they can’t chant or yell, they’re making up for it. They’re clapping harder than they ever had before, and they’re clearly just as invested. The other juniors have the experience edge over me with these crowds, but I think doing it once gets you used to it. The passion will still be there.

–This year, BoSJ is alternating with World Tag League. Is there a sense of competition there?

Robbie: Oh, yeah, definitely. I feel the same way that someone like Hiromu does, as crazy as he is. I think the junior heavyweights deserve the spotlight in Nippon Budokan.

–And you see yourself in that main event?

–Last year, you were the first ever Australian in Best of the Super Jr.

–This year there’s another layer in that you’re the only non-Japanese participant in the field. Is that a position you’re conscious of?

Robbie: Once I realized that was my position, I realized I wasn’t just representing Australia, but everyone all over the world. I know you have Master Wato or DOUKI who have spent a lot of time in Mexico and have some international fans perhaps, but I definitely stick out, and I think it’ll make me a target, being the only non-Japanese guy.

SJC and BoSJ winners… The Tokyo Dome might be complicated 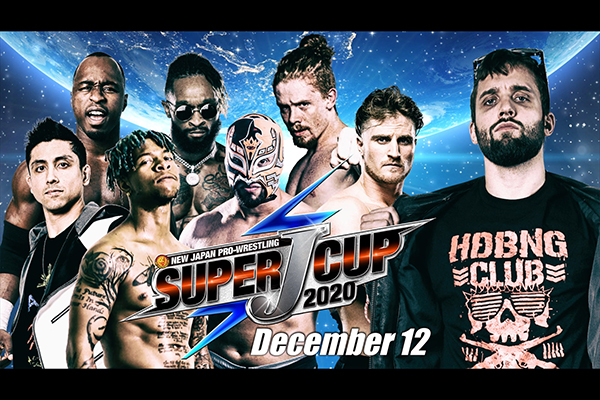 –There will be a lot of international eyes on Super J-Cup on December 12, right after the BoSJ finals on the 11th.

Robbie: I definitely want to blow everything that they do out of the water over there. Especially El Phantasmo (laughs).

–You still have issues with ELP.

Robbie: I know he’s going to talk about going back to back with the Super J-Cups, I know him too well. But I want to be doing stuff that those guys can’t even imagine, but that’s a tough task.

–It’s a very deep talent pool. Names like ACH, who’s been in BOSJ but not Super J-Cup, and then Chris Bey, Lio Rush…

Robbie: It’s a lot of guys you would never predict would get in a New Japan ring. I’m super interested, it’s exciting as a wrestler and it’s exciting for the fans to see two big junior heavyweight tournaments.

–If we only had Best of the Super Juniors this year, ending on December 11, it would seem fairly clear that the winner, if it was someone other than Taiji Ishimori, would have a strong challenge at the IWGP Junior Heavyweight Championship at the Tokyo Dome. But now there’s the Super J-Cup winner as well. How do you see that situation play out?

Robbie: It’s a complicated situation. Obviously we don’t quite know who might be able to make the trip to Japan, but certainly both winners would have a valid claim for the number one contendership. Maybe with two nights in the Tokyo Dome, you could have the BOSJ winner versus the SJC winner on January 4 to decide a title match on January 5.

–That would certainly be an exciting prospect.

Honestly, I understand why Will did what he did

–Last year your BoSJ campaign had two matches in particular that got a lot of attention. El Phantasmo saw the first seeds of you leaving BULLET CLUB, and then there was the match with Will Ospreay.

–After you wrestled Ospreay in Makuhari Messe, and then again in Melbourne, you left BULLET CLUB for CHAOS.

Robbie: But a lot has changed since then.

–Ospreay has united with Great-O-Khan and Bea Priestley and has formed THE EMPIRE. What are your thoughts on that scenario?

Robbie: Well, I’m not going to shy away from it; I do consider Will a friend.

–So have you spoken to him since?

Robbie: Not since it happened, no, but we had been speaking during the pandemic. It’s a strange time for me, but I want to make one thing very clear: I’m going into Best of the Super Jr. representing CHAOS.

–You aren’t following Ospreay into THE EMPIRE?

Robbie: That’s my team, that’s where my allegiance lies, and I have no reason to leave CHAOS at this point. But I will say that I think I understand where Will is coming from.

Robbie: Look, Ospreay has always believed that he is the best wrestler in the world. Okada never did anything wrong, but Will was sick of being second best in CHAOS, I think. That’s always eaten at him, I think.

–The match against Okada on the last day of the G1 was clearly a big career turning point for him. What Ospreay did was shocking but it’s not dissimilar to when you came into Japan. A lot of fans always expected you to join CHAOS as soon as you came into NJPW, but BULLET CLUB came along instead.

Robbie: I think that record against Okada was eating at him. He knew that it would be his last match in the G1 this year, and I think he made that decision to do everything that was necessary to beat Okada. I can understand doing all it took.

–You can understand recruiting Priestley and O-Khan?

Robbie: I wouldn’t do it myself at all. But I think that part was fair game to an extent. It was after the match that he took things in a different direction.

–The Hidden Blade to the back of Okada’s head, claiming that Okada had ‘held him back’.

Robbie: That’s where I draw the line. But in the end, he’s really frozen me out since everything happened. I hope I can speak to him now that I’m in Japan, get some idea of what’s going on in his head, and what he wants to do from here on out.