NJPW returns to the fabled Nippon Budokan this Friday December 11 for the first time since last summer’s G1 Climax finals, as we determine the winners of both World Tag League and Best of the Super Jr. 27. Two huge final matchups headline over a card that is sure to have several implications for the Tokyo Dome and Wrestle Kingdom 15 on January 4 & 5 2021.

Watch LIVE and IN ENGLISH from the Nippon Budokan Friday night on NJPW World! 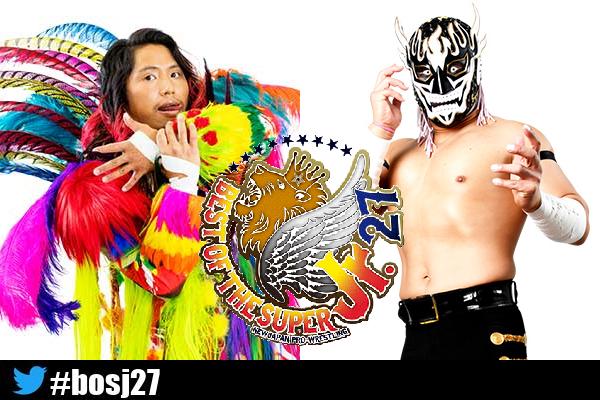 El Desperado and Hiromu Takahashi headline arguably the grandest Best of the Super Jr. final of all time as they go head to head inside the hallowed halls of the Nippon Budokan. El Desperado has long spoken of putting in the same performance whether wrestling in the Tokyo Dome or on mud floors in Mexican community festivals, but even the masked rudo will admit to the Budokan being a special place. For Hiromu meanwhile, another grand step is made in his career as he receives top billing in another world famous arena this Friday.

Hiromu and Desperado’s relationship has always been a love/hate one, and 0ne that is belied by the two men’s three singles outings. Hiromu has spoken of knowing the true man beneath the Desperado mask, a man that Desperado has shut away for years. That individual, argues Takahashi is one he used to despise, but those feelings of hate were replaced by respect when they met in Best of the Super Jr. and IWGP Junior Heavyweight competition twice in 2018.

Desperado’s feelings for Hiromu have been on admiration for his journey, accomplishments and phenomenal in ring style that borders on  love. He was driven to make good on his first defeat of Hiromu during BoSJ 25 to beat him again for the IWGP Jr. Heavyweight title weeks later; driven so much that he demasked for a brief period purely to dole more damage to the Time Bomb, only to eventually fall short. 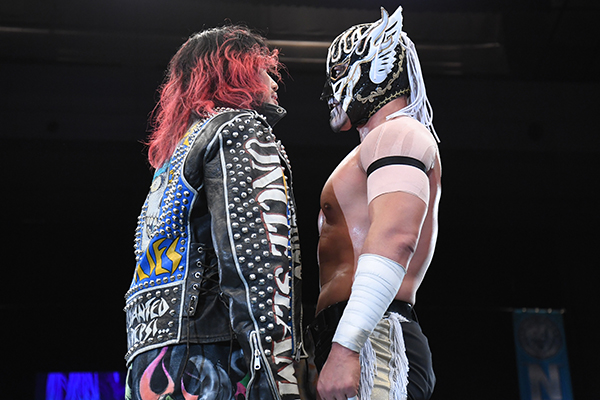 The burning passion that Desperado has for competing with Hiromu meant he felt snubbed by Takahashi ‘moving past’ his hate for the masked man. ‘After I told you I loved you, for you to say you don’t hate me anymore is as good as saying you don’t care,’ remarked Desperado after assaulting his opponent Friday with a steel chair in Korakuen, forcing Takahashi to verbally submit early in the league. The attack, Desperado would admit, was conducted with a downed referee even with match in hand to make sure Takahashi was not pinned, but rather verbally bowed to his opponent. ‘A pinfall and nobody will remember it tomorrow,’ Despe sneered, ‘but you having to say you give in to me is something that’ll stay with you a while’.

When the final was set on December 6 in Fukuoka, Hiromu helped make the match official by declaring ‘let’s show the world the history we have’. Another chapter in a long and winding story is written this Friday. 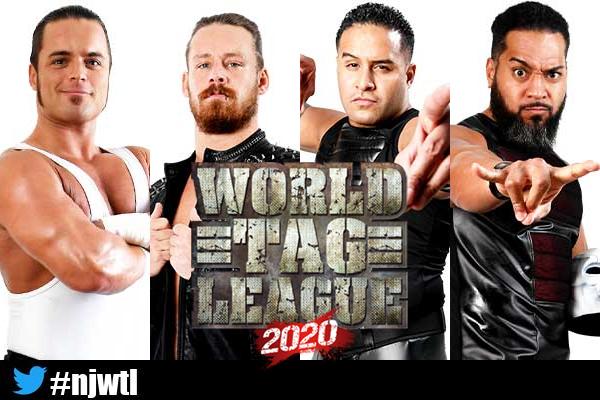 World Tag League 2020 will be determined Friday by another pair of rivals with a more simple, hate: hate relationship.

FinJuice and G.o.D will bookend tag team competition this year in NJPW after what would have been a year long rivalry was affected by the global pandemic. Last year’s World Tag League saw FinJuice bounce back from a loss to the Guerrillas in league action to eventually win the whole tournament, and the team went on to triumph over Tama Tonga and Tanga Loa in the Tokyo Dome on January 4 this year to become IWGP Tag Team Champions for the first time.

The reign was a brief one however, as New Beginning in USA saw G.o.D snatch the belts back in controversial form in David Finlay’s home town of Atlanta. Before FinJuice could get back in the title hunt, Hiroshi Tanahashi and Kota Ibushi won the belts from G.o.D in Korakuen Hall, and then Dangerous Tekkers hsot themselves to the front of the line; by the time the WTL winners could make it back to compete in Japan in the wake of COVID-19, they were in danger of being lost in the shuffle. 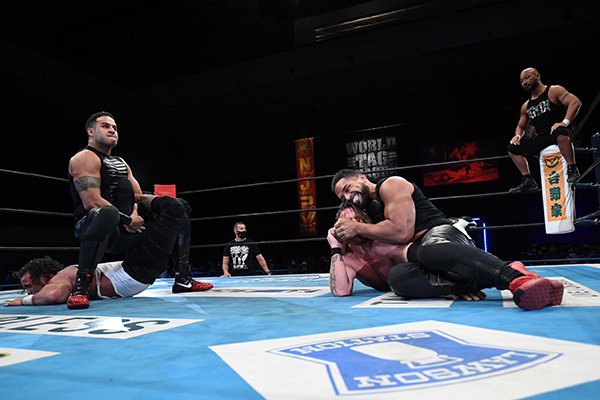 Yet they re-established themselves with a victory over G.o.D in the league, and a win in our main event in Fukuoka December 6 over Hirooki Goto and YOSHI-HASHI to cement their place at the top of the league standings. The Guerrillas, second place on a tie break over Dangerous Tekkers were lying in wait, however. With a shocking attack and Sharpshooter and OJK submissions applied to both their opponents Friday, the BULLET CLUB duo firmly stated that they will be using any means necessary to come out with the trophies Friday.

Three time finalists, G.o.D have never won World Tag League, nor have they won a match in the Tokyo Dome together. Those two black marks on what is otherwise, with six IWGP Tag Team Championship reigns, a certified franchise team resume, has eaten at Tama Tonga and Tanga Loa for years. To hear them tell it, it all changes Friday. 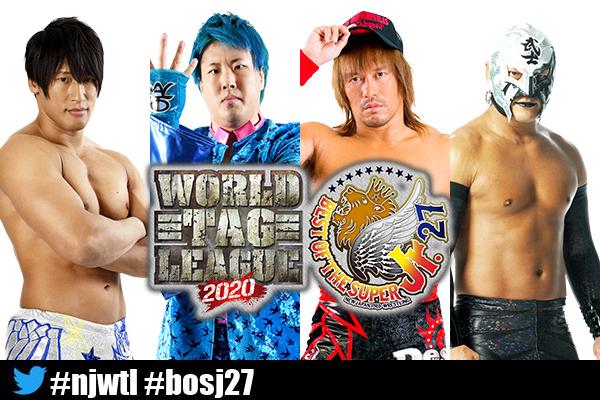 Main event opponents on January 4 collide in the fourth match of the evening as Kota Ibushi will target double IWGP Champion Tetsuya Naito in the same venue where last August he stood proudly with his first G1 Climax trophy.

Ibushi, still holding ill will for Jay White after losing his right to challenge briefcase in controversial form back at Power Struggle, was nonetheless granted his main event dream on January 4 2021 at the behest of Tetsuya Naito, who wants to continue a rivalry that has held thousands in awe, and put both men in grave danger on more than one occasion. ‘Playing with fire’ is how Ibushi describes his relationship with Tetsuya Naito, and Budokan could turn out to be the flashpoint for what is to come in just over three weeks time.

Meanwhile, with four educated feet between them, Ibushi and Master Wato will make for an intriguing tag team combination. Final night losses for both Wato and BUSHI ended their respective tournaments at eight points, but Wato wants to redress a loss to BUSHI early in the league, and with time running out before the Tokyo Dome, both men will be jockeying for position on the year end cards. 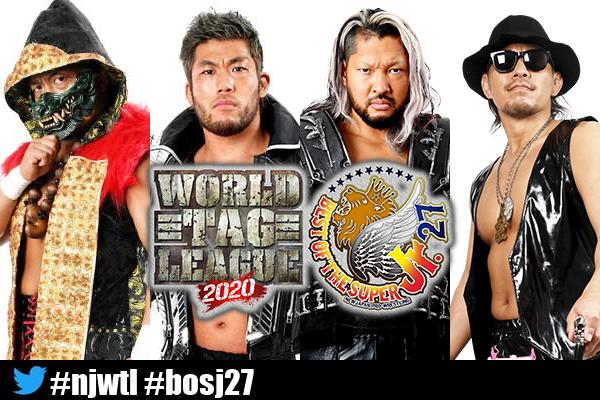 One year ago, EVIL and SANADA finished World Tag League in second place, after a hard fought main event loss gave FinJuice the trophies. For two years before, they were back to back winners. The two men’s tag fortunes couldn’t be any more different this year though, with new partners. With Shingo Takagi, SANADA was within reaching distance of tonight’s final, but a phenomenal performance by THE EMPIRE put them out of the running. EVIL and Yujiro meanwhile, struggled to a mere 3-6, six point record.

Are there thoughts of what was, or what might have been, for EVIL? Or, with no current path to a match at the Tokyo Dome on January 4 & 5, are his actions in joining bULLET CLUB this summer being regretted? Given EVIL’s emergence into the top flight this year, and his double IWGP Championship reign in the summer, it’s a difficult point to argue, but nevertheless, some emotional baggage may well still exist as EVIL faces SANADA tonight; if not, he will at least still bear a grudge for being eliminated from the G1 at Cold Skull’s hands, as well as his loss to SHing and SANADA early in the league. 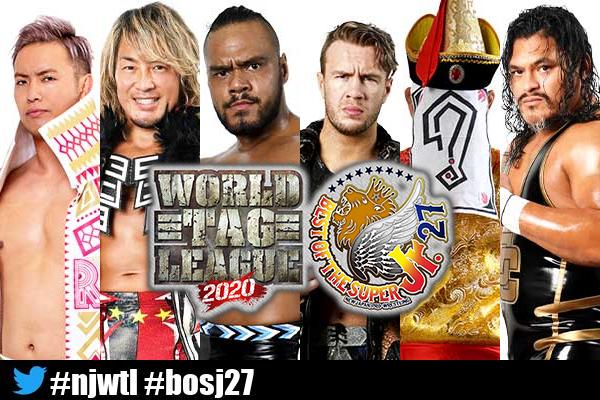 This World Tag League’s newest combination of Jeff Cobb and Great-O-Khan might not have made the finals, but it’s hard to describe their first campaign as anything other than a success. Pushing established teams to the brink, or to sheer oblivion, Cobb and O-Khan have made a world class combination. Now established in the NJPW fabric, THE EMPIRE’s next plans are for gold and glory.

For Cobb that may involve NEVER Openweight Champion Shingo Takagi after the events of Sunday night in Fukuoka, but for Will Ospreay, returning to action after over a month’s absence, his sights are on taking down a name entrenched in glory and dripping with money: Kazuchika Okada. On January 4, these two men will meet in a match, Ospreay vows, that will clearly prove to the world once and for all that he is a superior athlete to the Rainmaker, and the next man to carry NJPW forward.

As for Okada’s partners? HenarACE had a torrid World Tag League 2020, and where once the over eager and under experienced Toa Henare might have been the weak link in the team, this was the year that Hiroshi Tanahashi may have reached his physical limit. As Henare carried the team through the league, lingering knee issues for the Ace stopped him from playing a critical support role, and ended HenarACE’s night early on far too many occasions.

It was all a slippery slope of course that began on night one of the tournament back on November 15, where Tanahashi was absolutely dominated by Cobb and O-Khan. O-Khan made hints that night that THE EMPIRE may come back to finish the job that is Hiroshi Tanahashi, and they may do so Friday. 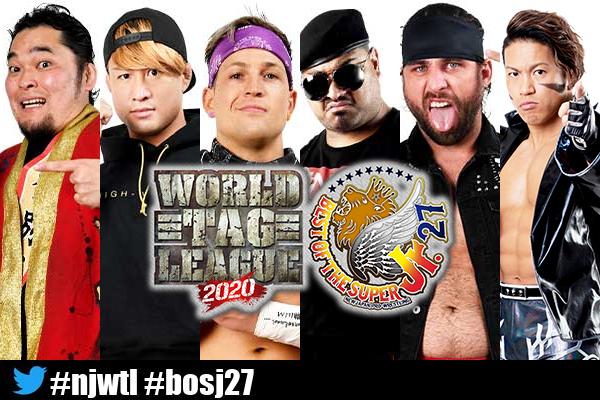 The night’s action kicks off with Robbie Eagles, SHO and Toru Yano meeting Taiji Ishimori, Chase Owens and Bad Luck Fale. Ishimori had some classic encounters with Eagles and SHO during Best of the Super Jr, eventually beating both men, but the CHAOS juniors will be looking to gain a measure of revenge tonight. Meanwhile, Bad Luck Fale and Chase Owens’ World Tag League campaign got off to a rough start four weeks ago when Yano’s antics caused both ment to be pinned at once. Fale and Owens want to show they aren’t to be messed with, and with time running out on Yano’s KOPW 2020 trophy before the calendar year ends, one or both might move to challenge.