December 23 sees the last NJPW action of 2020, with the last chance for NJPW’s best to make a statement before the lights are on bright at Wrestle Kingdom 15. Who gains the upper hand before the Tokyo Dome?

Watch Road to Tokyo Dome LIVE and in English on demand on NJPW World! 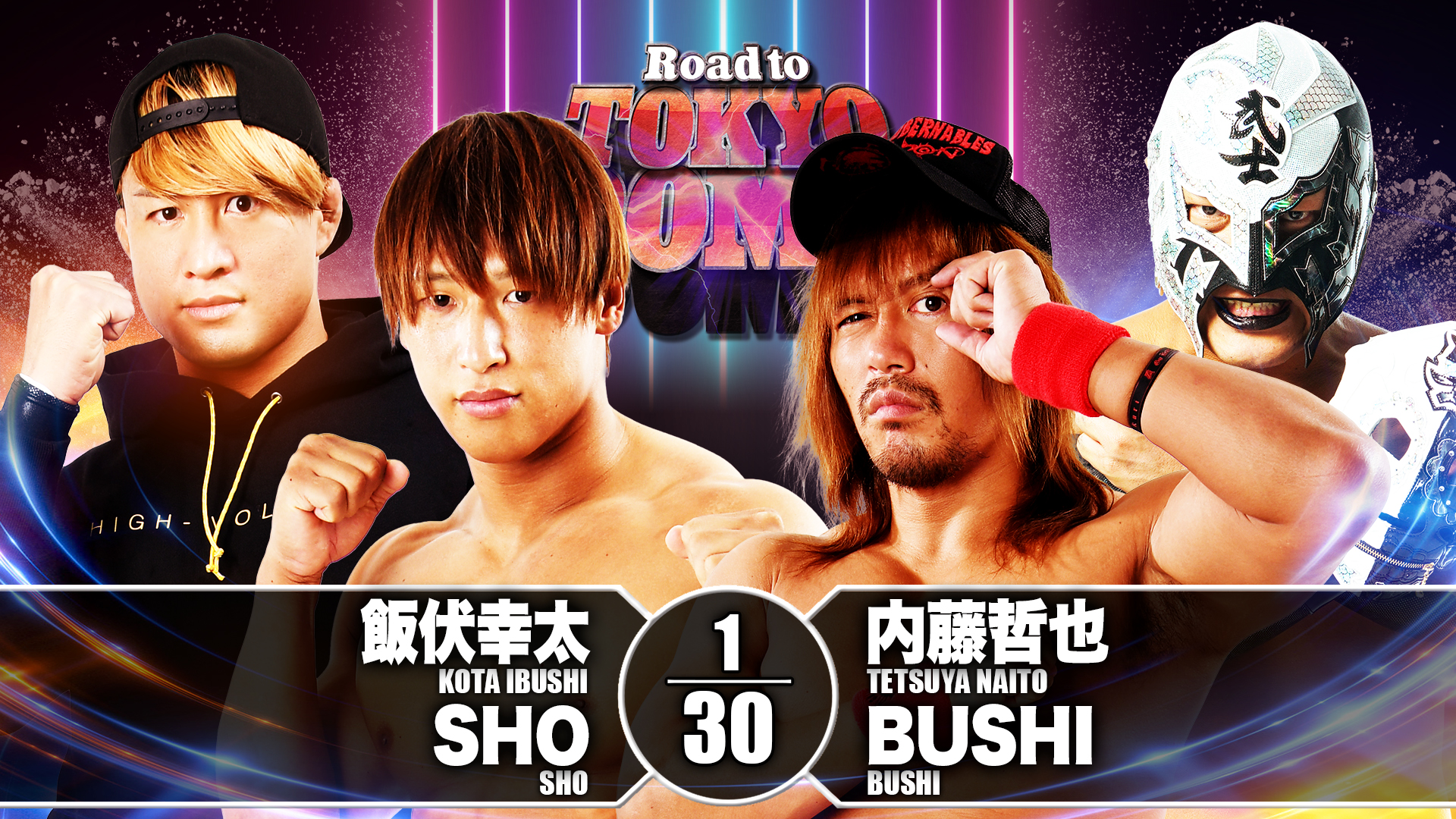 The main event at Korakuen Hall Wednesday will see SHO and BUSHI team up with the main event players on January 4 2021, Kota Ibushi and Tetsuya Naito in advance of a huge main event on night one of Wrestle Kingdom. A long, exciting and incredibly dangerous legacy builds at the Tokyo Dome on January 4, but before that match takes place, a tag team preview. Traditionally, the man standing tall as the Korakuen Hall snow falls has a mental edge heading into the Tokyo Dome; who will get their hand raised here tonight? 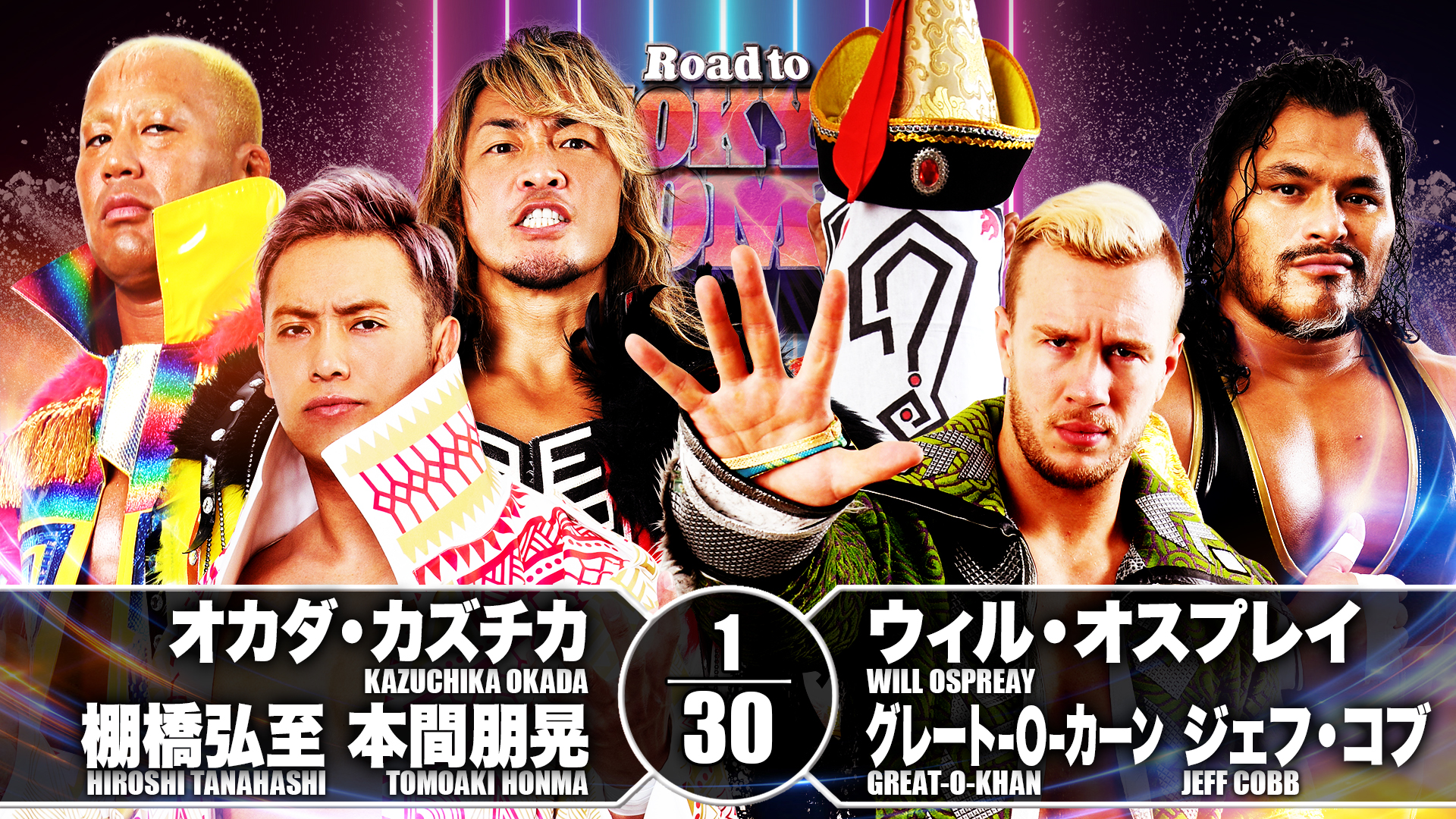 Days before they see themselves in three huge singles matches at Wrestle Kingdom, THE EMPIRE face two of their Tokyo Dome opponents, as Hiroshi Tanahashi and Kazuchika Okada team with Tomoaki Honma in Korakuen.

Through the whole Road to the Tokyo Dome tour, THE EMPIRE have been dominant, with Great-O-Khan viciously tearing apart Tanahashi’s knee on Monday night before Jeff Cobb took Shingo Takagi on a Tour of the Islands on Tuesday to stand victorious over the NEVER Openweight Champion.

Will Ospreay and Great-O-Khan will be looking to forge a new era in NJPW on the backs of the men that created the current age in Kazuchika Okada and Hiroshi Tanahashi. Will December 23 2020 truly see the last day of the current age in New Japan Pro-Wrestling, or will the icons of modern Japanese pro-wrestling prove that this time is still theirs? 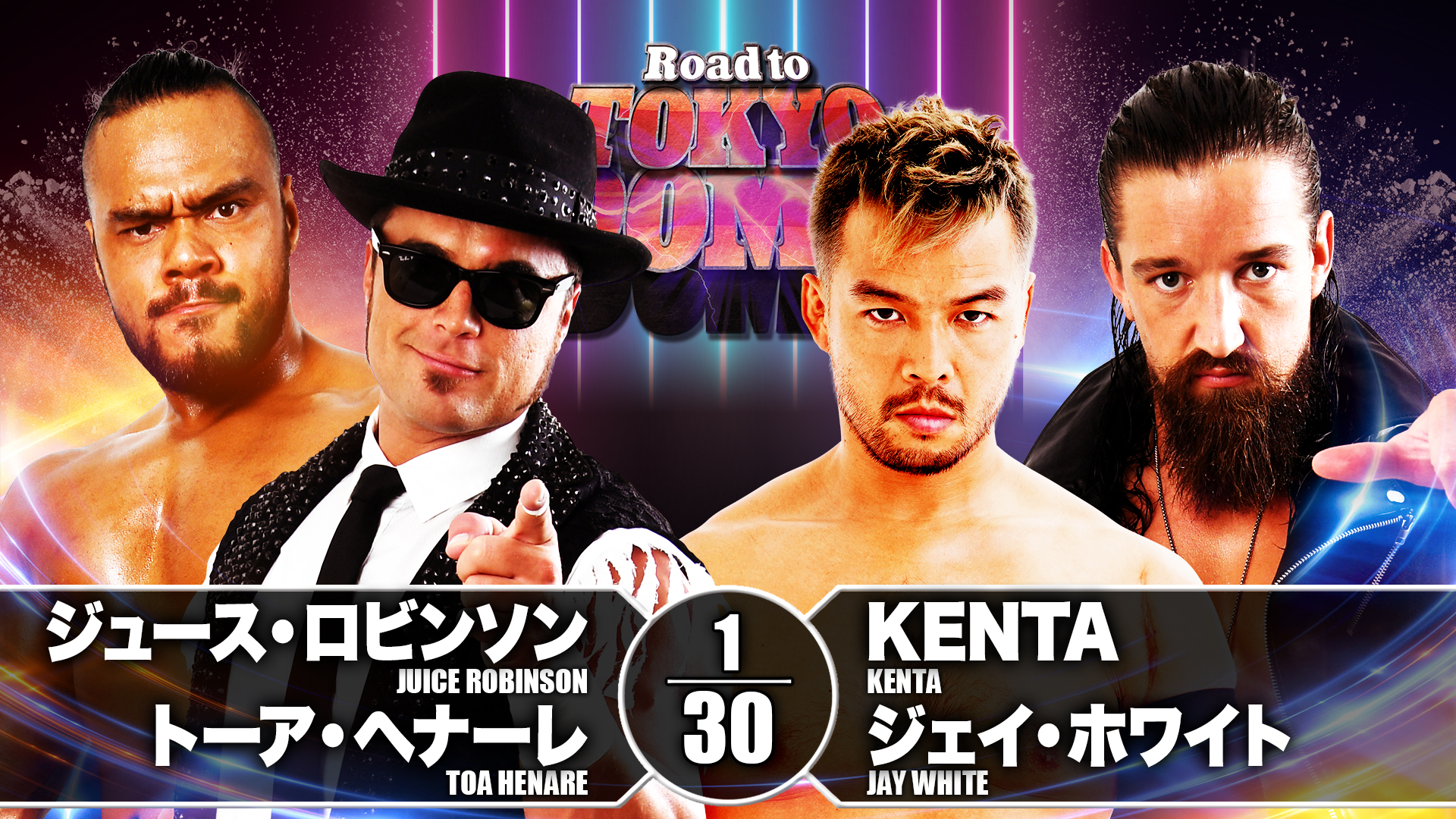 An imposing duo of BULLET CLUB’s briefcase club heads to the ring in the fourth match of the evening as KENTA and Jay White stand opposite Juice Robinson and Toa Henare. With Juice still demanding payback for KENTA costing he and David Finlay the World Tag League, the Flamboyant One will want to end his 2020 with an impact.

Tuesday night in Korakuen Hall, KENTA accepted Juice’s challenge for the US numer one contendership, but did so after flattening his challenger with the hardware. With Jay White riding high on consecutive wins over teams headed by both Tetsuya Naito and Kota Ibushi, BULLET CLUB are in firesome form.

Then there’s Toa Henare. After a 2020 that appeared to hold so much potential was waylaid by the global climate, Henare has one more chance to end on a high note tonight. Could that high note come with a strong performance against his countryman and the main eventer on January 5 against Tetsuya Naito or Kota Ibushi? 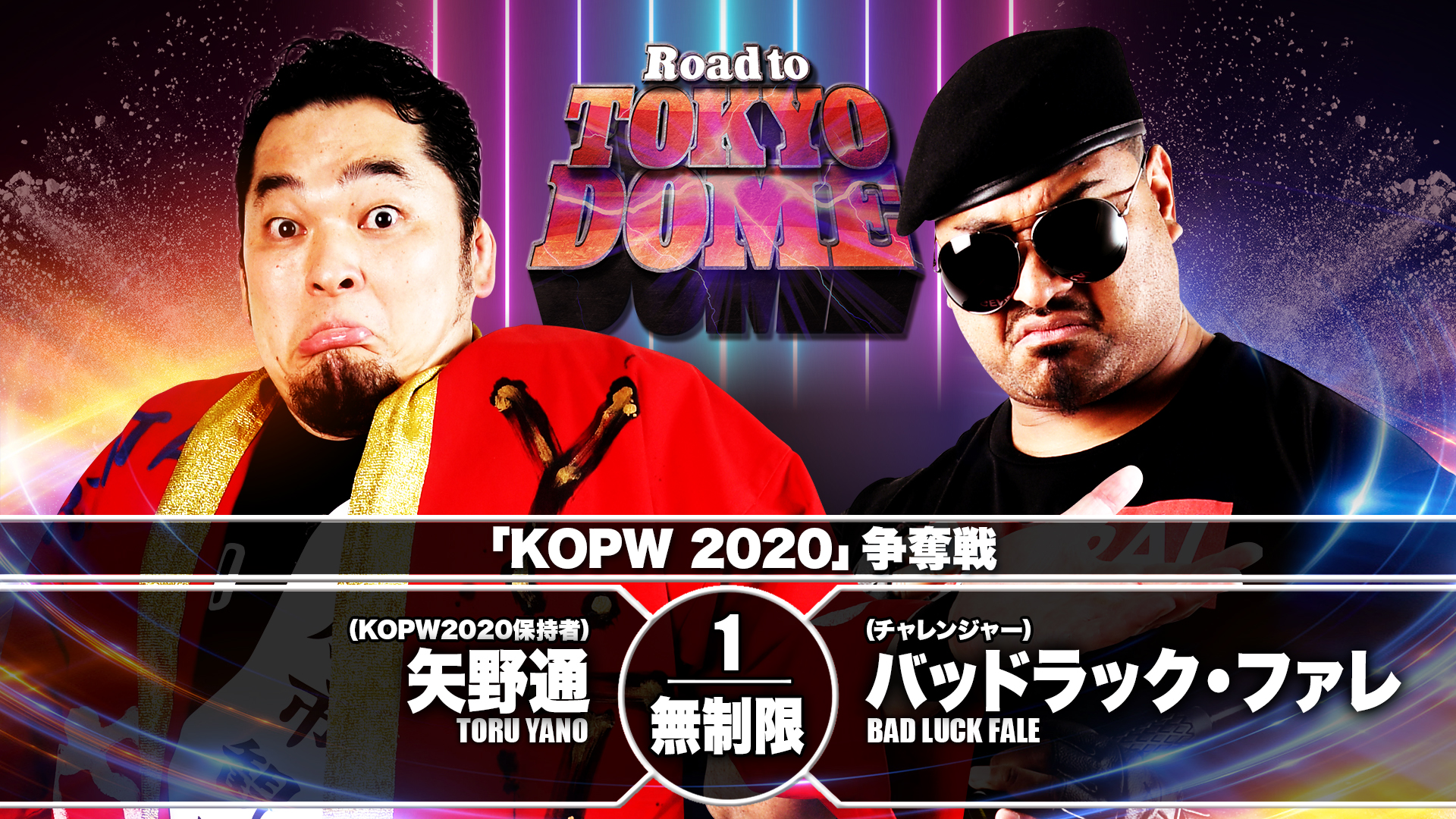 The third match of the evening will see the King of Pro-Wrestling for 2020 decided, as Bad Luck Fale challenges Toru Yano. At the Nippon Budokan, the ever confident Yano attempted to achieve beyond his physical abilities, trying repeatedly to bodyslam the huge Fale, to little avail. Post match, the Rogue General would destroy Yano’s trophy, and then issue a challenge to a bodyslam match; a challenge the somewhat humbled Yano made a counteroffer for.

Yano’s stipulation of bodyslam, or for the last of four cornerpads removed being what decides the match seems to present an intriguing test of both strength and speed. That proved to be the most popular among fans, as our fan poll determined the stipulation in a Yano landslide. Could success in the polls translate to success in the ring? Or can Fale emerge as the king of our sport for the year 2020? 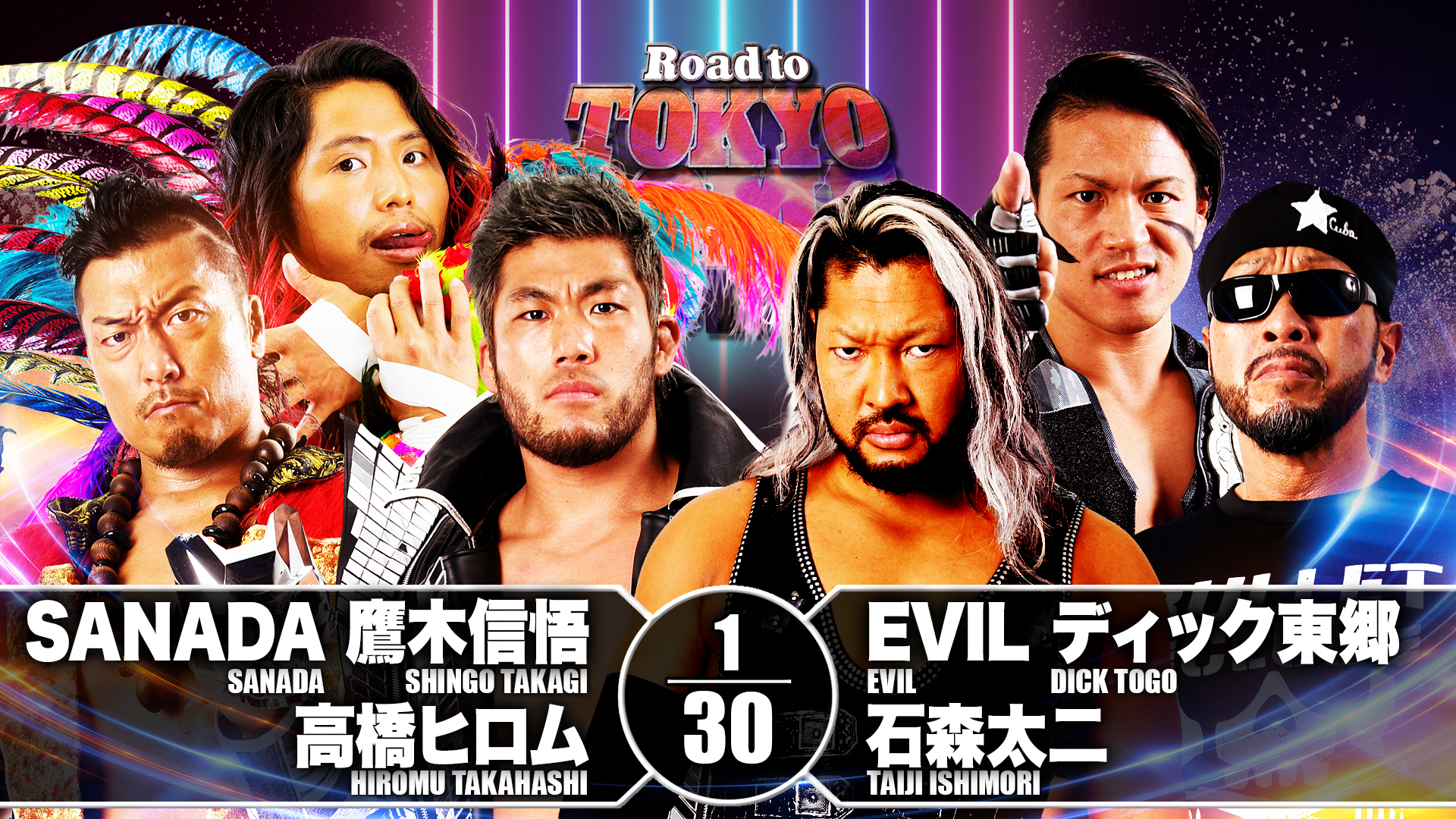 Second match into a stacked final card of the year will see LIJ and BULLET CLUB collide. EVIL and SANADA are less than two weeks away from locking horns in what should be a violent Tokyo brawl, while Hiromu Takahashi will be gunning for Taiji ishimori’s IWGP Junior Heavyweight Championship… If he can get past Super J-Cup winner El Phantasmo on night one January 4.

Last night in Korakuen Hall, SANADA’s offense took a dark turn against his former partner, as he used EVIL’s own finishing hold against him, before locking in Skull End and refusing to let go after the bell. With personal issues boiling over, this will be an intense final preview of the Dome. Meanwhile, Shingo Takagi will need eyes in the back of his head, as Jeff Cobb could easily seek to make an appearance before, during or after this bout in advance of their NEVER Openweight Championship bout on January 5. 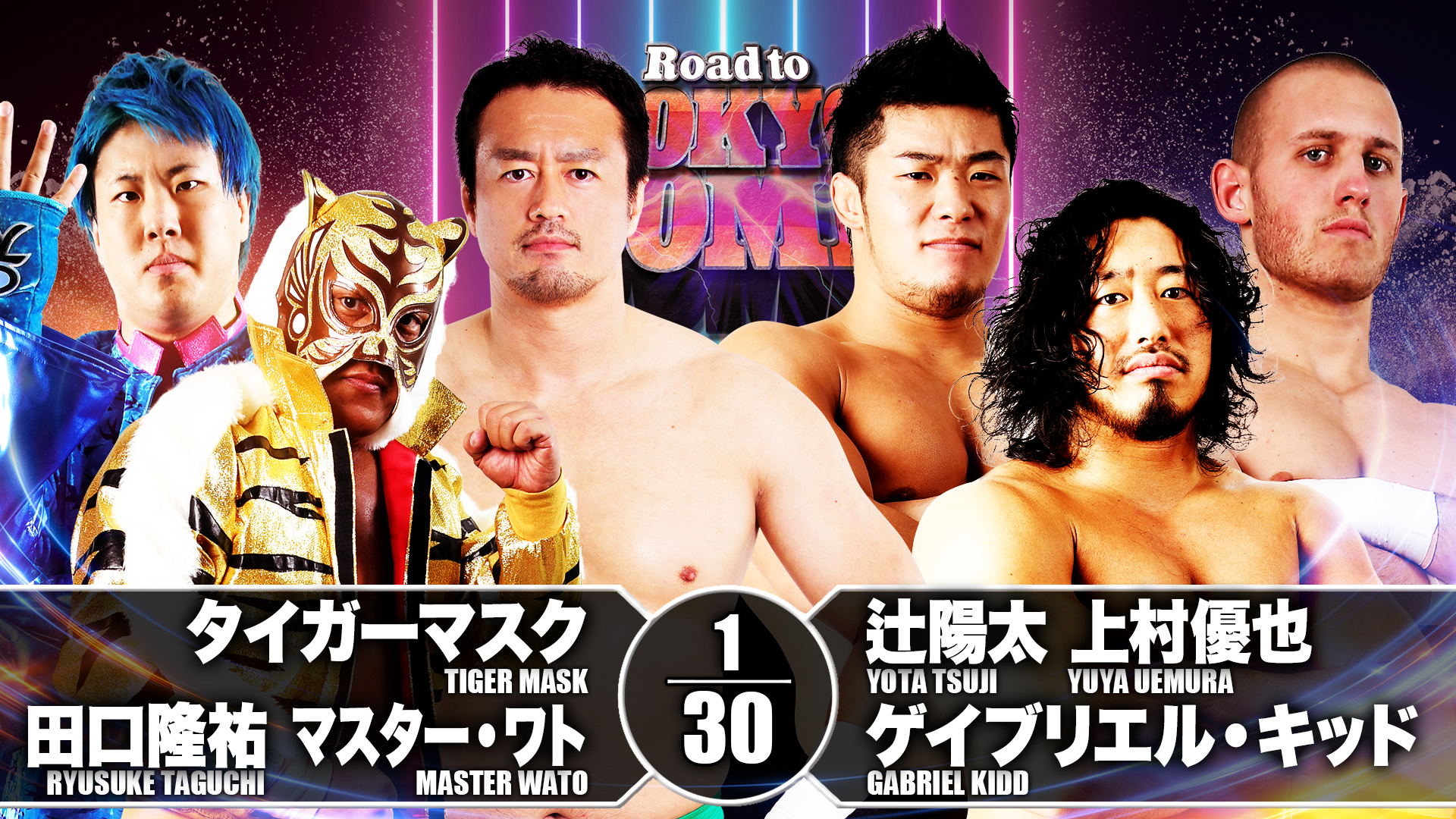 The last event in NJPW for 2020 starts with the Young Lions battling for Noge Dojo pride against tough masters in Tiger Mask and Ryusuke Taguchi, and the young Master Wato, who has undergone some stern coaching from his own two partners in the recent past. After Wato and Taguchi scored successive wins against El Desperado and Yoshinobu Kanemaru in the last two events, ‘Team 1 or 8’ are certainly in high spirits and setting themselves up for an IWGP Jr. heavyweight Tag Team Championship match. For now though, who ends their year with a bang and sets themselves up for a strong 2021?