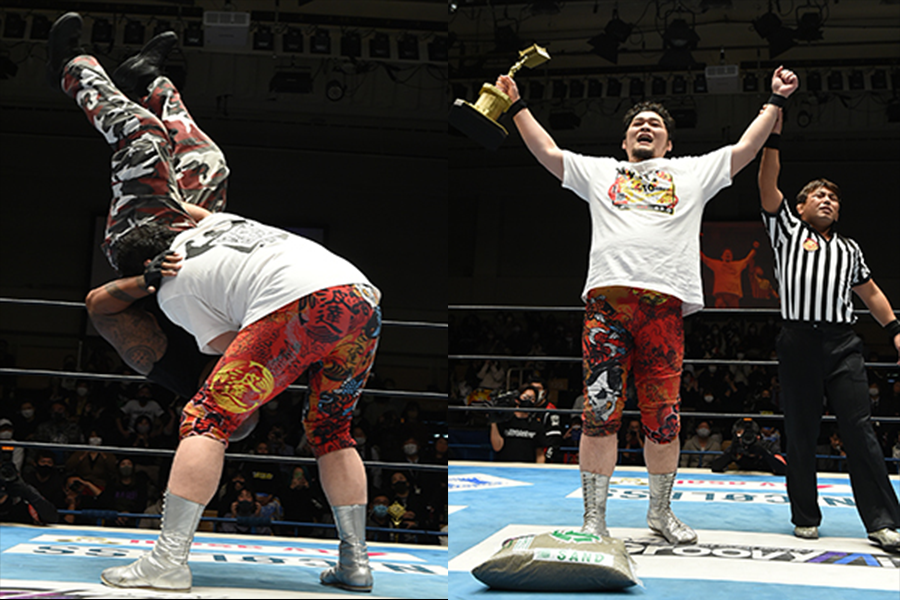 Heading into a Bodyslam or Last Cornerpad match for his last KOPW defence weighed down with a heavy backpack, preventing Fale from getting a quick bodyslam win after the Rogue General destroyed Yano’s trophy. Having been literally sandbagged by the Master Thief, Fale did not take kindly to Yano’s attempt to outpace the BULLET CLUB member, but as he went to beat Yano with a cornerpad, the referee intervened, allowing Yano to remove cornerpads two and three. 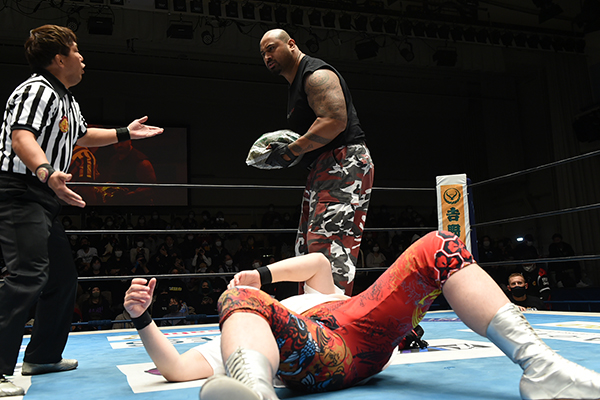 With Fale lacking Yano’s speed in taking the fourth corner off, Yano was able to direct his opponent into the exposed steel and had a clear path to victory, but Chase Owens at ringside cut the CHAOS member off, double tying the last pad and making work doubly tough for him. 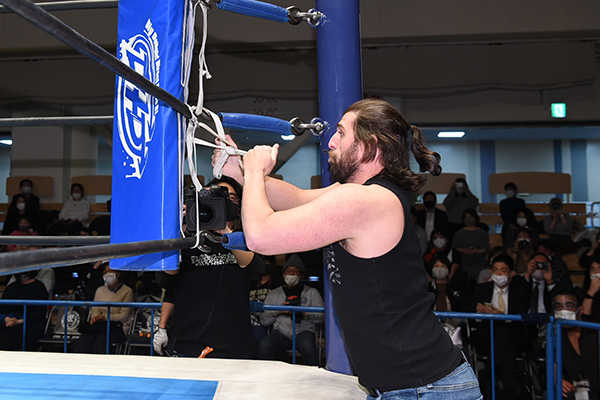 Caught in the melee, referee Marty Asami missed a visual slam by Fale, sending the General and Owens into a rage. Showing phenomenal wrestling (or sandbag swinging) acumen however, Yano was able to send Owens packing, and after a somewhat low blow, incredibly slammed Fale to become the official King of Pro-Wrestling for 2020. What will 2021 hold? 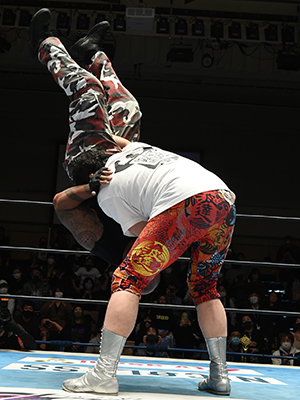