A Brit Abroad with Gabriel Kidd: The Doncaster Disaster (pt.2) 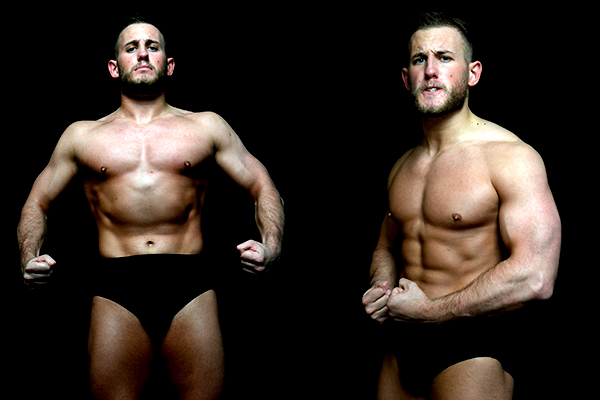 I’ve been putting off writing this diary for the past 2 weeks as it traumatised me writing the first part. It reminded me truly how stressful it was at the time, but I started it, so I can’t really leave it on a cliffhanger now.

Ok, so its 2am, on a lay by at the side of the M1 and it’s baltic. I also forgot to mention that Joe had a booking in France the next day and had to leave for the airport at 8am, 6 hours from that point, so as you can imagine he was getting pretty stressed out too.

The highway police look at their map and realise the next exit off the highway is less than a mile away. So they close off the left lane of the highway and escort us to this exit and to a hotel car park very close to the exit. They say they need to get back to work so they wish us good luck and off they go.

So here we are, in this hotel car park, still on hold to breakdown cover.

At this point we are just trying to make time pass. I’m on my phone and I see one of my best pals Craig is still awake (it’s around 2:30 now.)

I message him and explain the situation and ask if there’s anything he can do to help. He checks his car for this special screwdriver, nothing. He said he’d go to the local 24 hour supermarket and check if they’d have anything. He get’s there, nothing.

At this point he says that he has his work van parked outside his house and that he can check in there as a last ditch effort.

Gets back home, checks the van, BINGO.

He finds one in the work van.

He said he’s coming out to us with it now. We are parked around 45 minutes from where he lives, so he drives up the highway and comes to meet us. It’s late, we’ve been broke down for hours, on hold for hours, we are buzzing to get this tyre changed so we can go home and sleep.

We all get our phone flashlights on and huddle around this one tire. Craig gets the screwdriver, puts it on one of the bolts.. you are having a laugh John.

THE SCREWDRIVER IS THE WRONG SIZE. IT CAN’T TAKE OFF THE BOLT WE NEED TO CHANGE THE TYRE.

We were exhausted. Craig drove out to us and we all thought the tyre would be changed and wed be on the way home within 15/20 minutes.

Me and Craig go back to his car and try and figure out what to do.

We google local breakdown companies and ring their numbers in desperation. We call, explain the situation and ask them how much it will cost. All the people we called wouldn’t do it for less than 400 pounds (55,000 Yen.)

It’s now 5am. We are close to giving up. Joe doesn’t know if he will make his show in France. Craig and me don’t have a clue what to do.

We go back to Joe’s car and try to figure out a plan or if there is anyone else we can call.

As we are trying to form a plan.. Joe’s breakdown cover finally pick up the phone. 6 hours on hold. 6 HOURS.

They say they can be there in 45 minutes. I can’t put it into words, but I remember the looks on everyone’s faces. We were so happy that help was finally on the way and that we would be able to go home soon.

I had a match the next day and Craig had somewhere to be so we asked Joe if it would be ok to head home whilst he waits for the breakdown company to arrive. Obviously that isn’t ideal and we didn’t really want to, but he understood and was cool with it.

I asked Craig to drive to the local supermarket, got Joe some food and drink, dropped it off to him and said our goodbyes.

I said to him that one day we will laugh about this night and took a picture with him to remember it. I wish I still had that photo, but it’s on an old phone back in England.

I get back to my house at 6:30am. I thank Craig for everything, give him a hug and crawl up the stairs into bed.

And here I am, writing this story for the world to hear. I’ve spoken before about the journey of becoming a professional wrestler and how many good memories you make along the way, and this is definitely one of them.

Although I’ll be extremely happy if I never have to experience anything like that ever again!

No songs or pictures in this entry. But I have an idea of what I’m going to write about next time, so I’ll start on that soon. Thanks for reading!