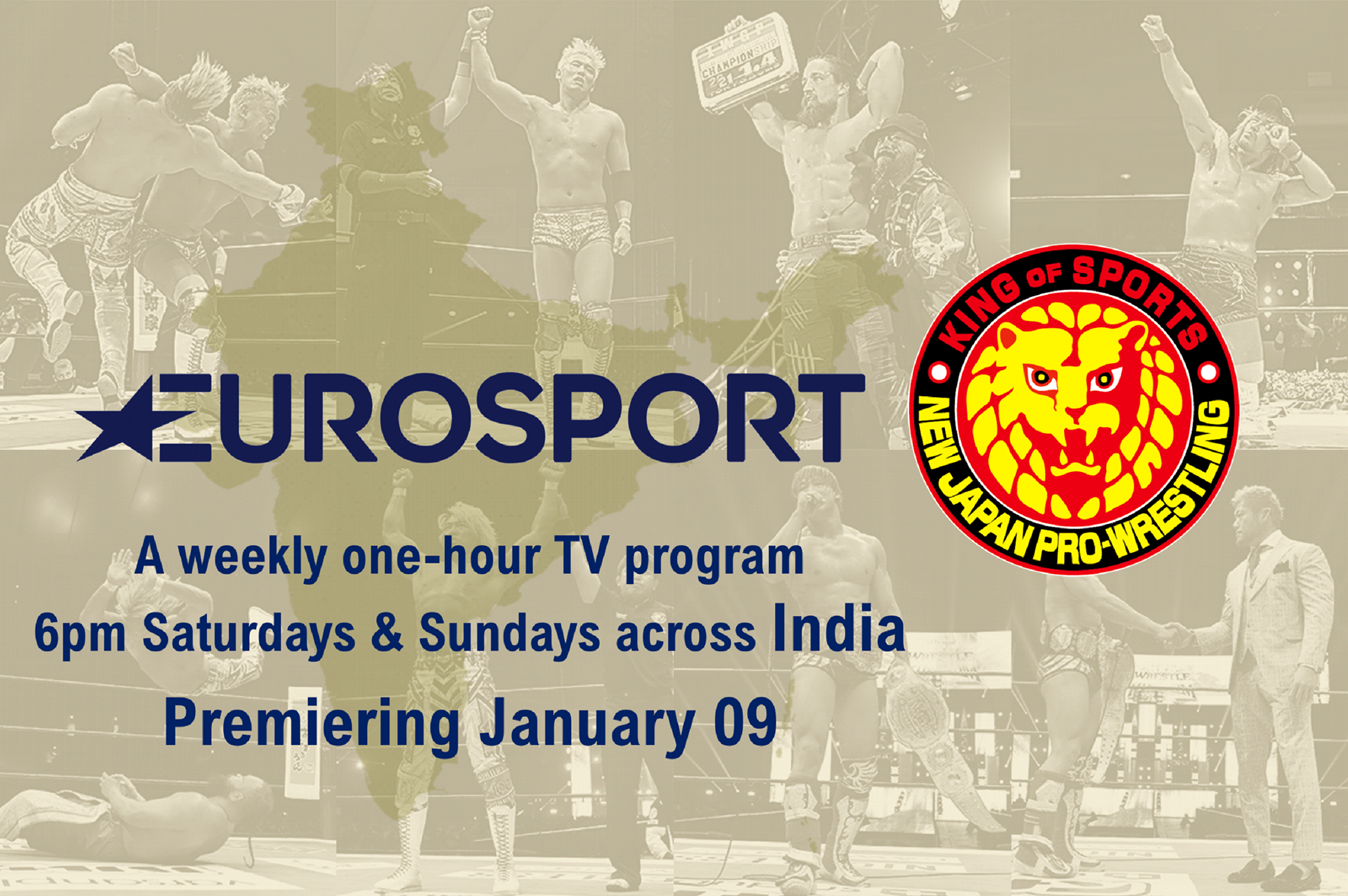 Mumbai, January 07, 2021: Eurosport and Eurosport HD India, the premium sports channels from the house of Discovery, are all set to captivate the Indian pro-wrestling fans with high octane action from Japan’s No.1 and World’s second largest pro-wrestling property – New Japan Pro-Wrestling (NJPW) with the dawn of the New Year. The addition of NJPW expands Eurosport’s portfolio of Pro-Wrestling offerings with the exclusive India broadcast slated to begin from January 09, 2021 from 6 PM IST with weekly episodes to be telecast every Saturday and Sunday from 6:00 PM IST onward.

Eurosport’s partnership with the 48-year-old pro-wrestling franchise for 2020-21 will include broadcast of all the marquee fixtures of the NJPW calendar for the year; namely Wrestle Kingdom, New Japan Cup, Best of Super Juniors and G1 Climax.

Vijay Rajput, Senior Vice President – Affiliate sales and Head of Sports Business, Discovery – South Asia said, “India has a potent fan base for pro-wrestling and with the addition of New Japan Pro-Wrestling, Eurosport- the only destination which connects passionate fans with greatest sports events in the world is taking a major step towards providing quality sports content to the Indian audiences.” He also added, “This partnership only adds to our commitment of building vertical ownership and gives our viewers the much-needed ingredient to get their adrenaline pumping while experiencing some of the world’s best pro-wrestlers in action.”

President and Representative Director, New Japan Pro-Wrestling, Takami Ohbari said, “New Japan Pro-Wrestling is very excited to partner with the best sporting network in the world to reach out to the Indian audience. India’s passion for professional wrestling is a known fact and with Eurosport we surely make the perfect tag-team to provide some of the best action from the world of pro-wrestling and fuel the desire of the Indian fans.”