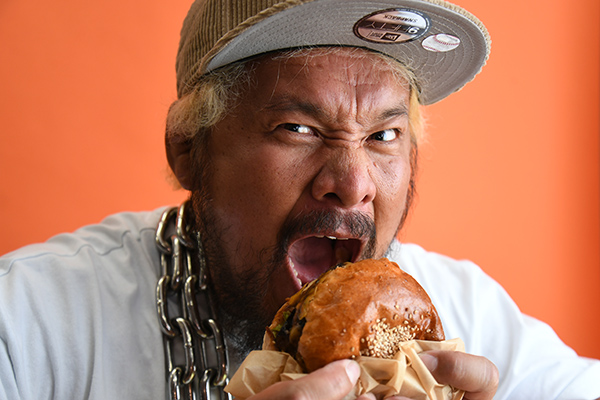 Kemuta Otsubo’s hit 2019 book ‘Wrestler Meshi’ collected a series of interviews with current and former wrestling stars about their relationship with food. Continuing his candid conversations with the best in the ring about their life and meals outside of it, Otsubo sat down with Togi Makabe about not just sweets, but meats.

I had no idea how good they could be. 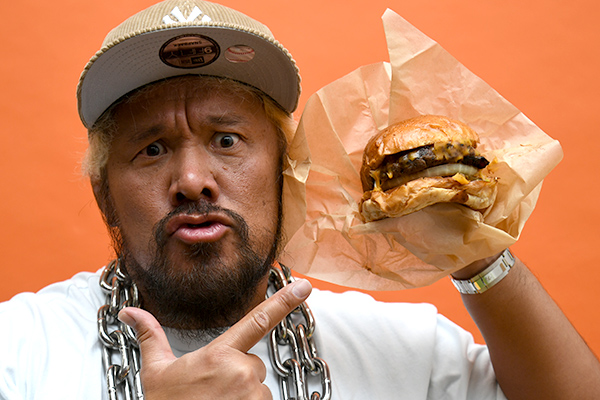 2012 saw Togi Makabe evolve from top flight professional wrestler to mainstream celebrity in Japan, in no small part due to his sweet tooth. The year that was 2020 though saw a great deal of upheaval everywhere, including in Makabe’s culinary leanings.

‘It was just before all this COVID stuff,’ Makabe explains. ‘I just thought I’d like to try something different, and that’s when I really got into hamburgers.’ Not just any chain hamburger though, but specialist restaurants with specialist burgers.

‘I looked at guides, and I thought at first, 1500-2000 Yen (15-20 USD) for a burger? You’ve gotta be kidding! But the more I dove in the more I got into the grilling, the juices, the crisp lettuce and the rich mayonnaise. I had no idea how good they could be.’

–And that’s what got you hooked.

Makabe: I found some amazing places in my home town area, around Kanagawa. Then I wound up doing ‘Ariyoshi’s Review Board’ (a TV variety talk show), and said ‘OK, I’m not the sweets guy anymore’ (laughs). 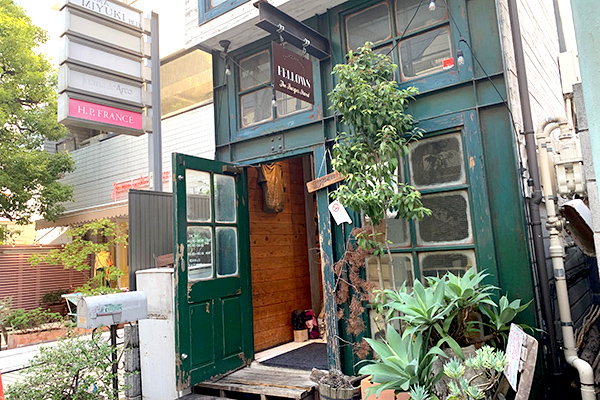 You say ‘good morning’, they ignore you. You don’t, and they beat you up.

–You’ve spoken at volume about your tough start in the wrestling business. There was a decidedly old school aura around NJPW at the time, where you were training with the likes of Yuji Nagata, Shinjiro Otani, Tatsuhito Takaiwa and Kazuyuki Fujita. To bring us to food, a key duty for Dojo trainees is in the kitchen.

Makabe: It was a real brutal atmosphere, the dorms then. Nobody would talk, everyone was rivals with one another. But being the new guy you have to do everything by the book, greet people properly, right? I’d say ‘good morning’ to everyone every day, but they’d ignore me. If you don’t say it, you got beaten up. Ridiculous.

–And these are the people judging your efforts in the kitchen.

Makabe: Ugh, it was tough! I started with Kazuyuki Fujita, but he left for a time to go be in the Olympics. So I was on my own for a long while. I had to do everything! I’d wake up, then go straight to work cleaning, the dorm room, the toilets, bathroom, living room, dining room and kitchen. That would take ’till 9:30, then practice at 10. Three and a half hours, hop in the shower exhausted, change and start cooking. Every day.

–That’s a lot of work for one person.

Makabe: Back then, (the late Takatsune) Futori was in charge of the cooking, and I was helping him, so it wasn’t too bad. But every now and then, he’d get wasted the day before, and he’d be out of commission. So then I’d do it all!

–You’d be hit with that every now and then! So you’d prepare the food, but was the eating all in strict hierarchical order?

Makabe: Oh, of course! So you know, we call that stew we eat chanko right? That word comes from the sumo world, and the hierarchy was definitely carried over from sumo. So (Riki) Choshu (Shinya) Hashimoto, (Keiji) Muto ate first. Then (Satoshi) Kojima, (Manabu) Nakanishi, (Yuji) Nagata. Then I would get what was left, even if it was just a little bit of soup left over.

–That’s hardly the best diet for a growing Young Lion.

Makabe: But sometimes Futori-san would come to me and say ‘I kept a little something back for you, so eat up’, and he’d get me some eggs, vegetables, fish and what have you.

–That’s good of him. When you did have to cook by yourself, what were you best at?

Makabe: Kimchee miso was my specialty! Nobody can touch me on kimchee miso! Futori-san’s kimchee miso chanko was amazing, but it inspired me to be even better at it. I did the research! I really think mine can’t be beat. Still on the Dojo menu! 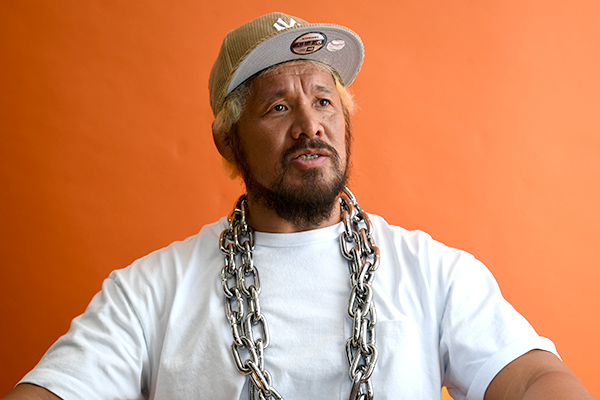 –Was there a lot of pressure on you from the other wrestlers to eat more, get bigger?

Makabe: They’d fill, like three of those big ramen bowls with rice and meat and make me eat the whole lot. Right after training as well. Then I’d have to drink protein on top of that. I wanted to say I couldn’t, but there’s no way I could actually say anything.

–You were really at the end of that era, of young guys being just forced to eat.

Makabe: I think so, yeah. This was the end of the (departed legend) Kotetsu Yamamoto era. He’d be cursing a blue streak the whole time during training ‘You stupid son of a b**ch, show some fire you f**k’.

–Wrestling and MMA legend Akira Maeda once said that everyone in the NJPW Dojo would be terrified at the sound of Yamamoto’s car driving up.

Makabe: He was a different guy by the time I broke in though. The angry demons had gone, he was much more serene. We’d have some nice talks, he’d tell some incredible stories about the old days. I really think if it wasn’t for his encouragement, I couldn’t have gotten through that hellish training. He really did save me, but he was strict when it came to making me eat. ‘Eat up you stupid mother f**ker! I had to eat a ton with Kantaro Hoshino!’ (laughs)

We went for ramen in the middle of the night 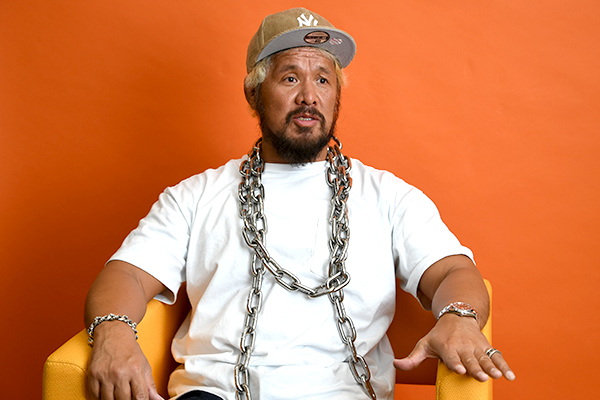 –It was important to learn to put a meal together as well as put your physique together.

Makabe: Futori was a good cook. But the more you’d eat of his stuff, eventually you wanted something different, y’know? So we’d go to this ramen place. Near Todoroki station. It’s shut now but it was a place a lot of the older guys went to going back to (late referee/Katsuyori Shibata’s father) Katsuhisa Shibata’s day. And the ramen there? Tasted like s**t (laughs)! First time I went there, (Jyushin Thunder) Liger goes ‘You can’t call that trash food!’ and I thought it was BS, but then I ate there, and… yeah. (laughs).

–No wonder it shut!

Makabe: Yeah, but they’d do a bacon stir fry that was alright, so I’d eat that. And I went with Fujita all the time! Sneaking out the Dojo (laughs)

Makabe: You weren’t allowed out of the Dojo at all until you made your debut. But we’d get stir crazy and go to that ramen joint in the middle of the night. Honestly if we’d have been caught, we’d have had the piss beaten out of us and fired. We’d go to this place ‘Tapas and Tapas’ and get loads of spaghetti, too. Great memories!

–The Dojo has been reformed since, and not just in appearance. You were a big part of that change.

Makabe: The training itself is the same as it ever was. But that strict system when we eat, that’s gone out the window. You have to loosen up somewhere, otherwise these guys’ spirits just break. The guys today, if they train well, then that’s enough. And it’s on the senior guys to recognize that. If they aren’t doing a good job, it’s on us to work harder and lead by example. That’s the only way it makes sense.

Makabe: But on the other hand, you don’t do anything half ass, and you never skip out. Never skip training, never miss a booking, never skip on promotional stuff. Carry yourself like a pro in every single area. For better or for worse, that’s something the people before me made very clear.

That was when Sweets Makabe was born! 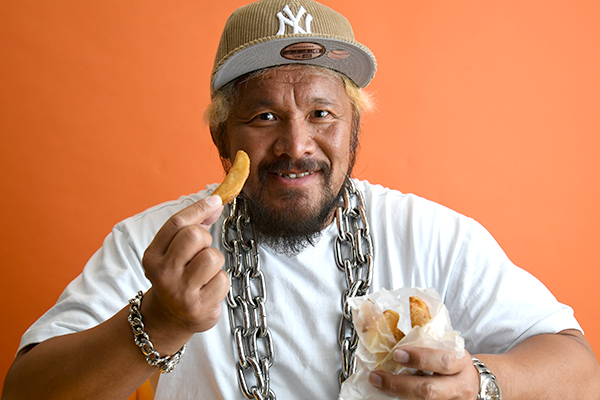 –So, Sweets Makabe. When did that really all begin?

Makabe: That was right around when I was the head of the Dojo dorms. There used to be a ton of sweet stuff around when I was coming up. The fans would send sweets and things to the boys and they didn’t want them, so they’d give ’em to me. Honestly, it was like being a kid at Christmas, or your birthday, just all these cakes and stuff every day!

–Who’d give you their sweets?

Makabe: Oh, man, a lot! Kojima, I think? Nagata never got any, hahaha! Anyway, I was in the mood one time. There was a convenience store across the street, we would have to go there to get vegetables and stuff. I figured, they have to have desserts there too, right? So I gave (Hiroshi) Tanahashi some cash and got him to buy as much as he could.

Makabe: Tanahashi wasn’t allowed out the Dojo back then, so he was happy to just be allowed down the street. He got a bit of a break, came back with all this stuff and we sat and dug in together. That was when Sweets Makabe was born!

Togi Makabe recently returned to in-ring action from filming a major movie. His convenience store dessert of choice is Lawson’s ANSAKU ‘It’s a perfect fusion of western style whipped cream and crunchy pastry with the Japanese sweet beans.’ Despite gaining a taste for hamburger, he does still like desserts.