NJPW partners with the Roku Channel in US, Canada, UK

Weekly New Japan Pro-Wrestling program to premiere February 11 on The Roku Channel, with a block of NJPW library content to be made available on-demand 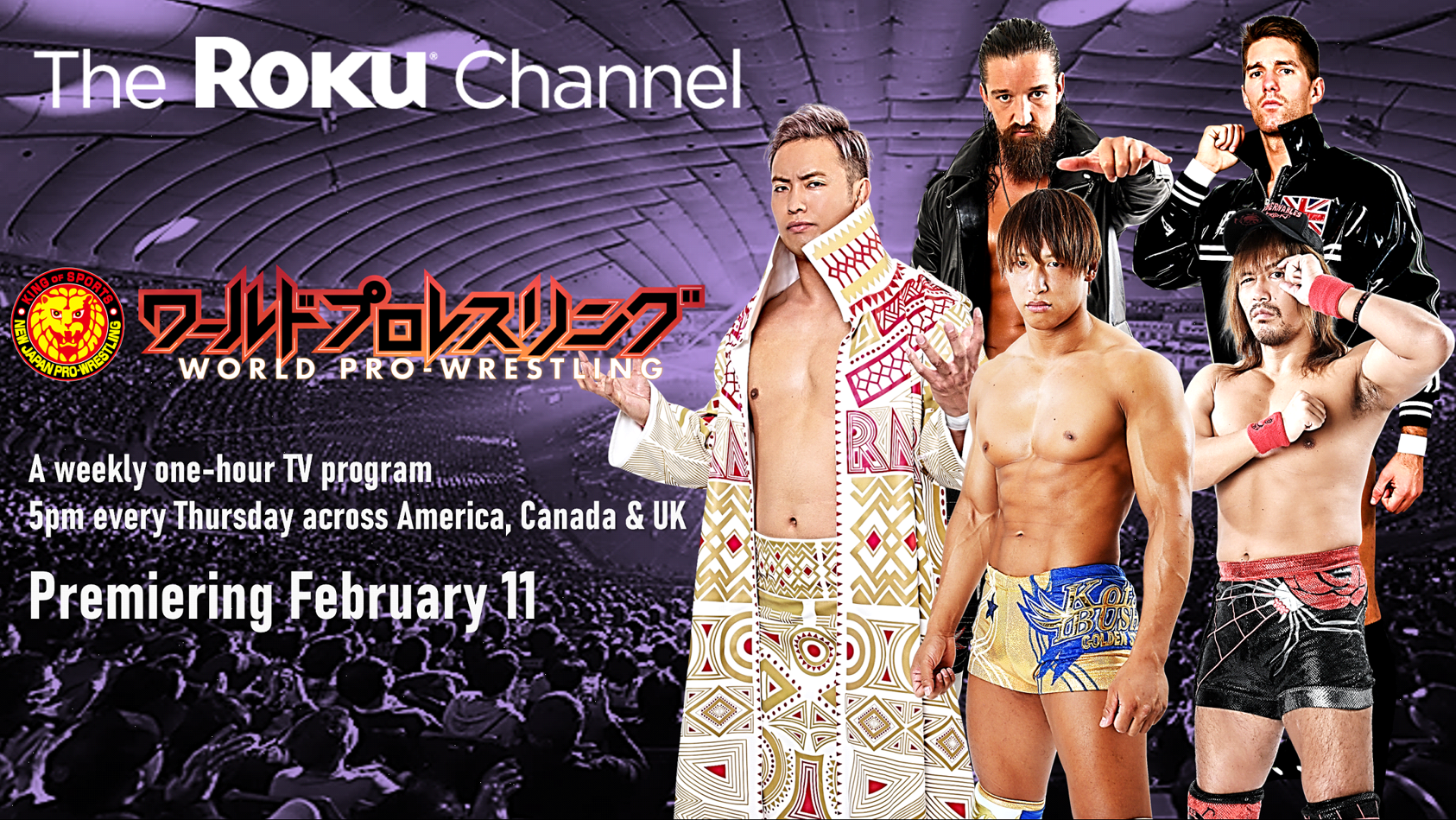 February 4, 2021 –New Japan Pro-Wrestling Co., Ltd. (NJPW) today announced a partnership with Roku, Inc. (NASDAQ: ROKU) to bring NJPW content to The Roku Channel in the United States, Canada and the United Kingdom. The eponymous New Japan Pro-Wrestling, a one-hour weekly series featuring the athletic action of the world’s preeminent pro-wrestling organization, will air episodes featuring top matches and events that have yet to air on television outside of Japan.

Premiering February 11, episodes of New Japan Pro-Wrestling will air every Thursday beginning at 5 pm on The Roku Channel, beginning with ten special episodes that will see the US, UK and Canadian television premiere of Wrestle Kingdom 14, available on-demand thereafter. Additionally, The Roku Channel will host a block of library content, featuring key highlights from the 2020 NJPW catalogue, with potential for the introduction of more historical content in the future.

Availability on The Roku Channel makes NJPW the first pro-wrestling company to call an AVOD service home. As pro-wrestling fans increasingly seek out new platforms to watch content, the partnership brings the Wrestling Observer Newsletter’s “Promotion of the Year” for the last eight consecutive years to North American and U.K. audiences at a major level for free.

“Expanding the breadth and quality of our programming has fueled The Roku Channel to one of the largest and fastest growing channels on our platform,” said Ashley Hovey, Director of AVOD Growth, Roku. “Sports programming continues to be an important category for our
users, and we are very excited to partner with NJPW to put the world of professional wrestling at
the fingertips of millions of engaged users on The Roku Channel.”

“Our fans in the United States, Canada and the United Kingdom are among our most loyal, and they have been very clear that they want NJPW’s content made available to them,” said Takami Ohbari, President of NJPW. “NJPW is unlike any other pro-wrestling in the world. It is the most athletic, sports-oriented pro-wrestling on the planet, and we are excited to bring our athletes and matches to these markets in such a major way. Thank you to The Roku Channel, and we look forward to a successful partnership that brings NJPW to millions of new fans around the world.”

The partnership comes on the heels of NJPW’s rapid growth in North America and the United Kingdom. The past two years have seen large-scale NJPW events in Los Angeles, Dallas, San Francisco and London, as well as a record-setting 15-minute sellout of Madison Square Garden in April 2019. This partnership will see NJPW increase its international foothold, bringing its content to new audiences for the first time.

Roku continues to be the number one TV streaming platform in the United States in terms of hours streamed, according to Kantar. The Roku Channel delivers thousands of titles, including free movies and TV episodes. In the fourth quarter of 2020, The Roku Channel reached United States households with an estimated 61.8 million people.

Roku is a registered trademark of Roku, Inc. in the U.S. and in other countries.