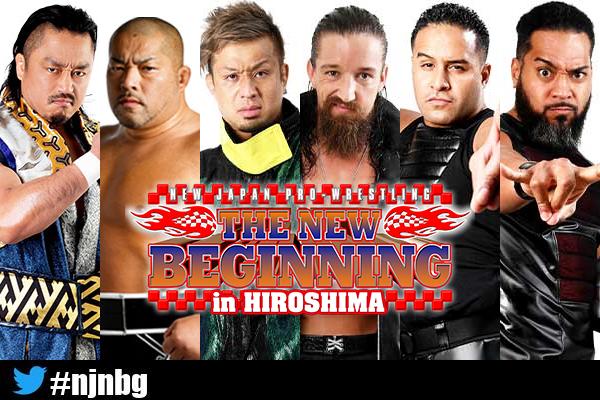 Jay White’s sudden appearance on February 1 in Korakuen Hall, followed by his violent actions Tuesday night in his in ring return, have seen cards for the rest of the Road to The New Beginning tour shuffled, with a title match on night two of The New Beginning in Hiroshima being the biggest result of the changes.

Last night in Korakuen, an elimination tag team main event saw YOSHI-HASHI the sole member of the CHAOS side against Jay White, Tama Tonga and Tanga Loa of BULLET CLUB. In a disgraceful display, the Headhunter was brutally beaten down by all three men while White refused to allow the match to end, eventually prompting Hirooki Goto to throw in the towel for his friend and teammate. Post match, White demanded that the NEVER Openweight 6-Man Championships be put on the line as soon as possible. 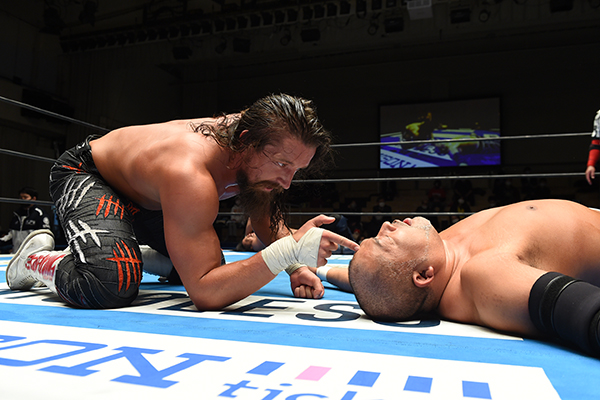 After Goto responded with fury backstage, the championship match has now been set for February 11. Jay White seeks to bring the NEVER titles to BULLET CLUB, while Guerrillas of Destiny could well end the two nights in Hiroshima double champions after their IWGP Tag Team Championship defense on night one February 10.

Meanwhile, White’s chase of the NEVER gold seems just one aspect of a bigger scheme to attack Tomohiro Ishii. After losing to Ishii on the last night of G1 Climax 30, and suffering defeat at the Stone Pitbull’s hands once more at New Year Dash while in a rare state of vulnerability, White is determined to eliminate what he deems to be a source of weakness. For the remainder of the Road to The New Beginning, card changes will see White put on BULLET CLUB’s side with Switchblade looking to deal further damage as Ishii seeks vengeance.