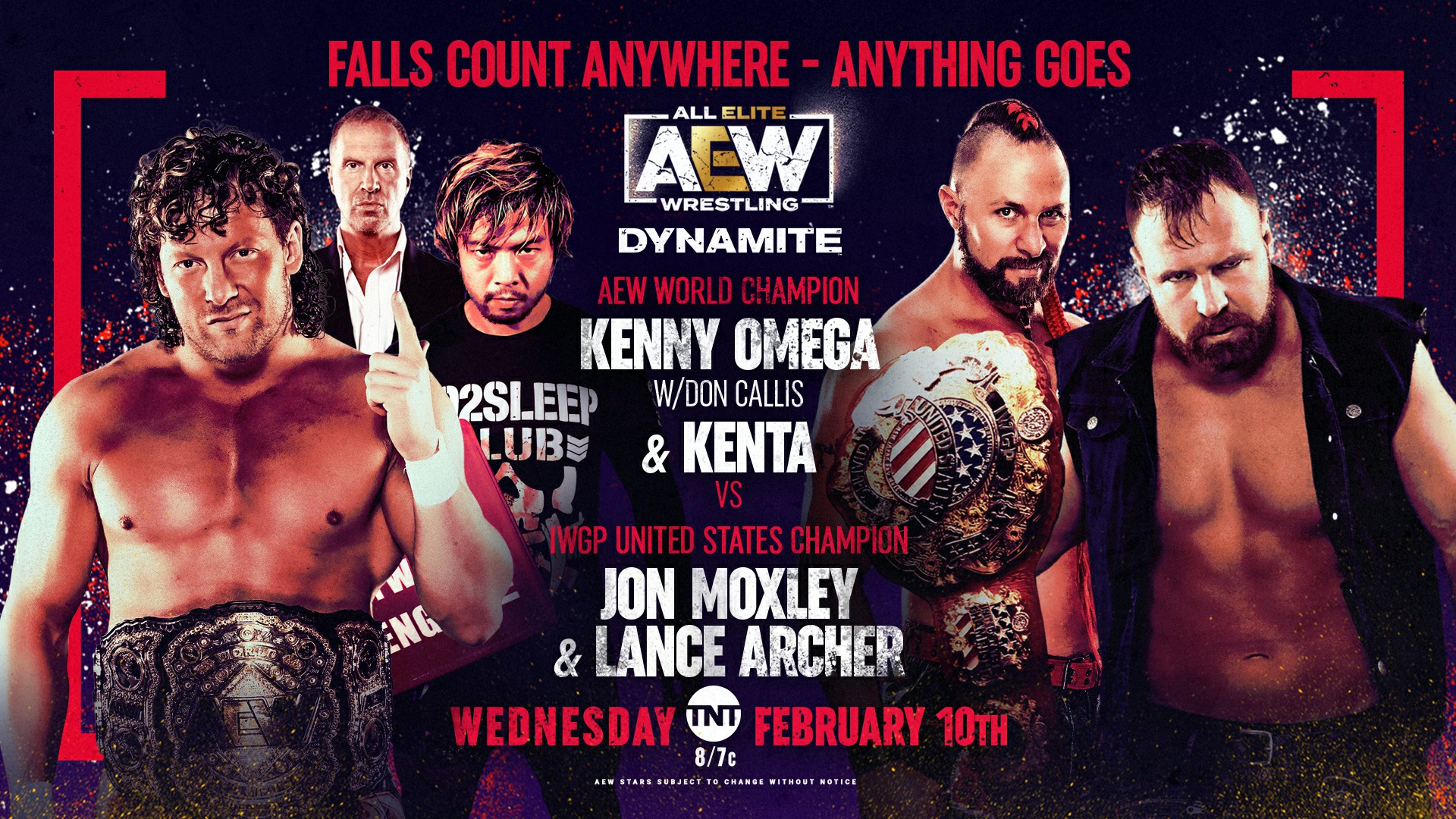 Friday night on NJPW STRONG, Jon Moxley made a shock appearance to assault KENTA, leading to the much anticipated Moxley vs KENTA IWGP US Heavyweight Championship match to be set for February 26. Moxley’s actions were not without reprisals however, and KENTA took matters into his own hands, as the number one contender appeared on AEW Dynamite’s Beach Blast Wednesday to hit Moxley with a Go2Sleep. 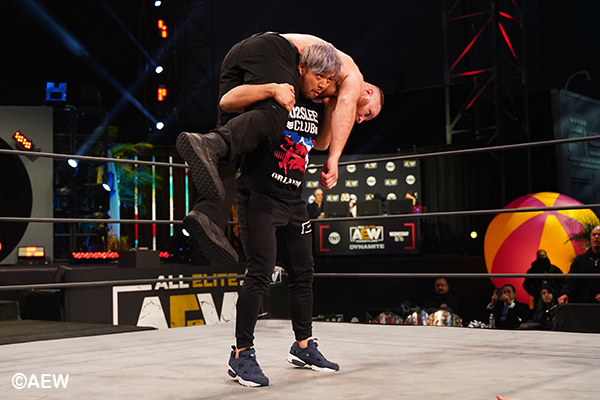 KENTA shares a common foe in Moxley with former IWGP Heavyweight Champion and current AEW World Champion Kenny Omega. Though KENTA was quick to assert that he is no ally of Omega’s, the chance for a preview of February 26’s title match was attractive enough for the two to team up in tag action February 10. KENTA and Kenny Omega will take on Moxley and Lance Archer, another former IWGP US Heavyweight Champion himself, and they’ll do so in an anything goes, falls count anywhere match! 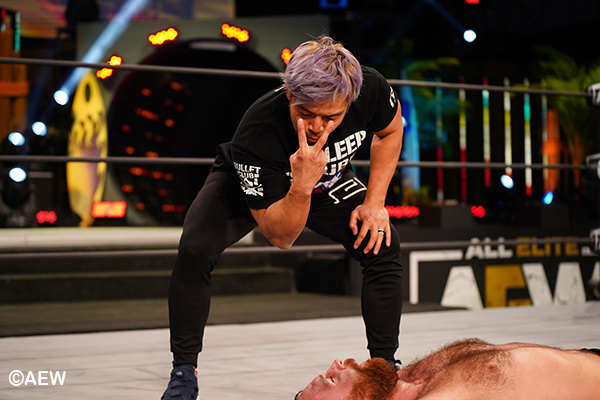 Will KENTA put Moxley to sleep again? Will Mox show violent actions have violent consequences? Find out on TNT at 8/7c Wednesday!