The third night on the Road to Castle Attack sees Korakuen Hall hit with more scores to settle we head to title fights and grudge matches in Osaka Jo Hall.

Watch Road to Castle Attack live and in English on demand on NJPW World! 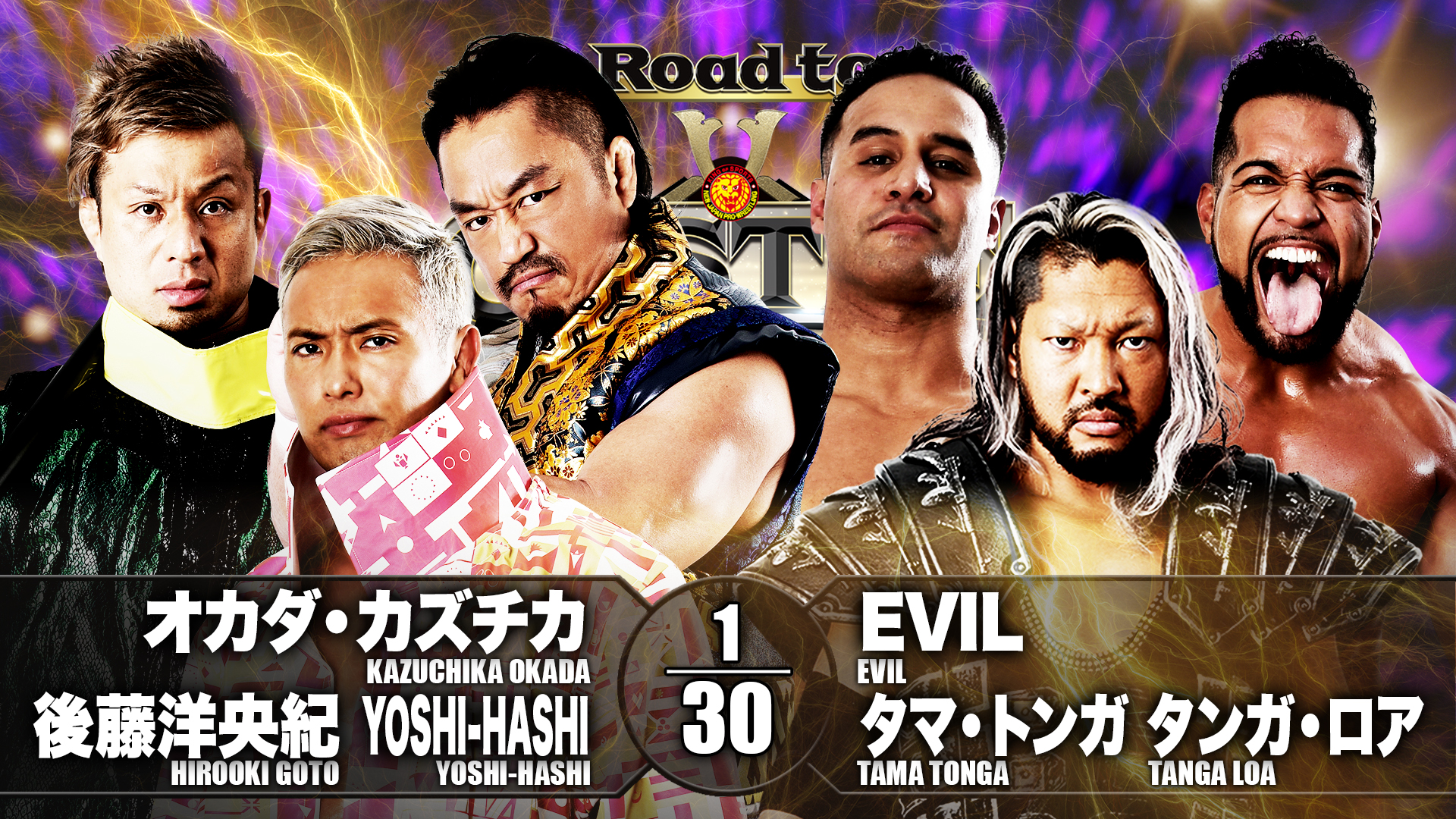 The main event tonight sees CHAOS continue a campaign against BULLET CLUB that has been in effect since the very beginning of 2021, and which could all come to a head in Osaka at the end of the month. There Kazuchika Okada has his long awaited singles match against EVIL, while YOSHI-HASHI and Hirooki Goto challenge the Guerrillas of Destiny for the IWGP Tag Team Championships. Yet once again, eyes may be drawn to the outside of the ring tonight, as EVIL’s pareja Dick Togo and G.o.D’s mentor Jado are sure to make their way to ringside. After non-stop interference from BULLET CLUB seconds for months, will these groups finally reach their breaking point tonight? Could the CHAOS members attempt to eliminate the secondary factors before their Osaka showdown? We’ll find out in our main event. 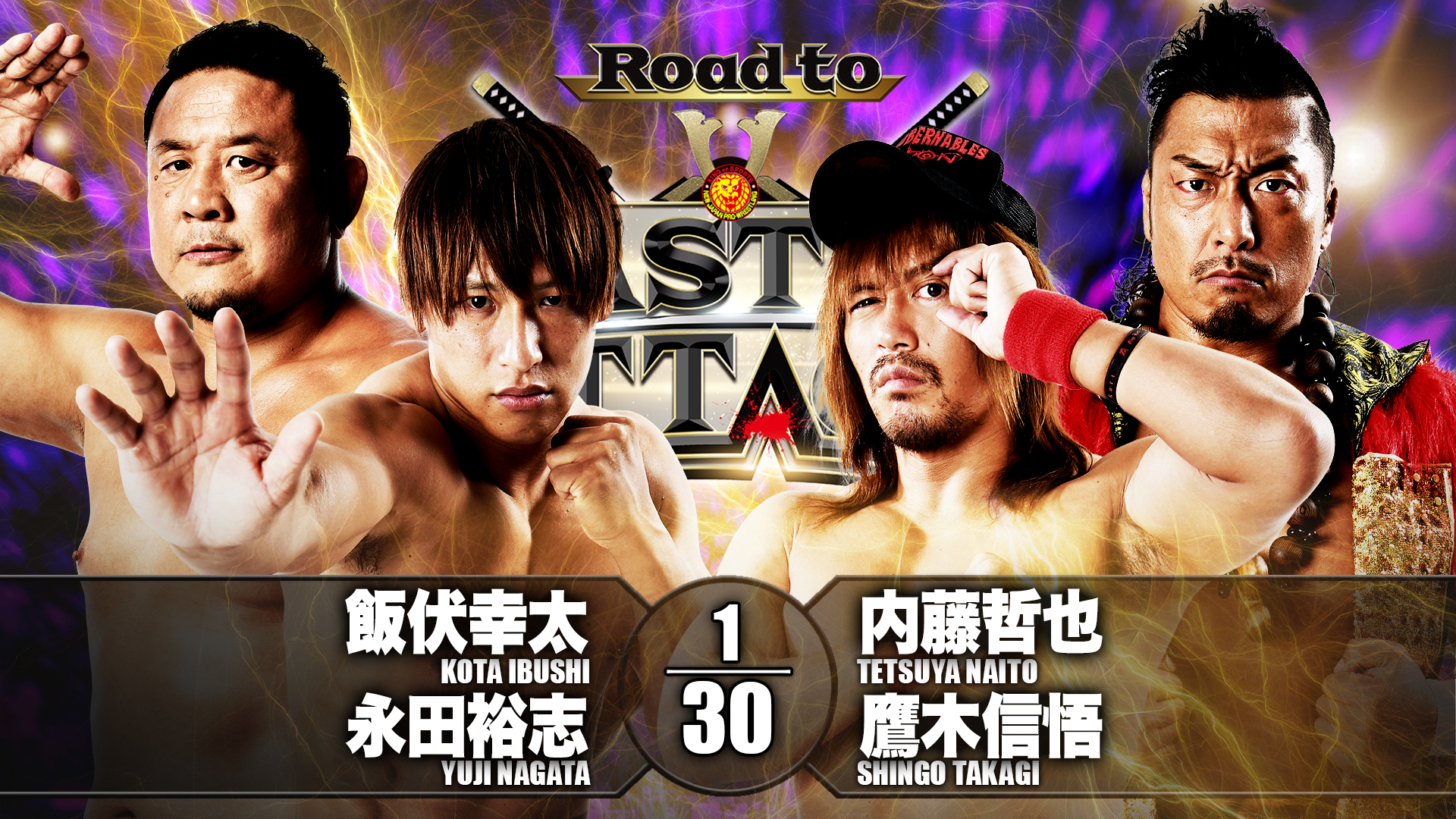 The night’s semi main event sees a rematch from Monday’s headline match as Kota Ibushi and Yuji Nagata tackle Tetsuya Naito and Shingo Takagi. After queries posed by Ibushi at the post New Beginning press conference, Tetsuya Naito opened up about just why he’s challenging for the IWGP Intercontinental Championship Sunday in Korakuen. If anybody will consign the Intercontinental title to the history books forever, Naito says, he wants to be the one to do it. Yet there’s a hard road before that should happen, and a hard road to Osaka Jo Hall before that. 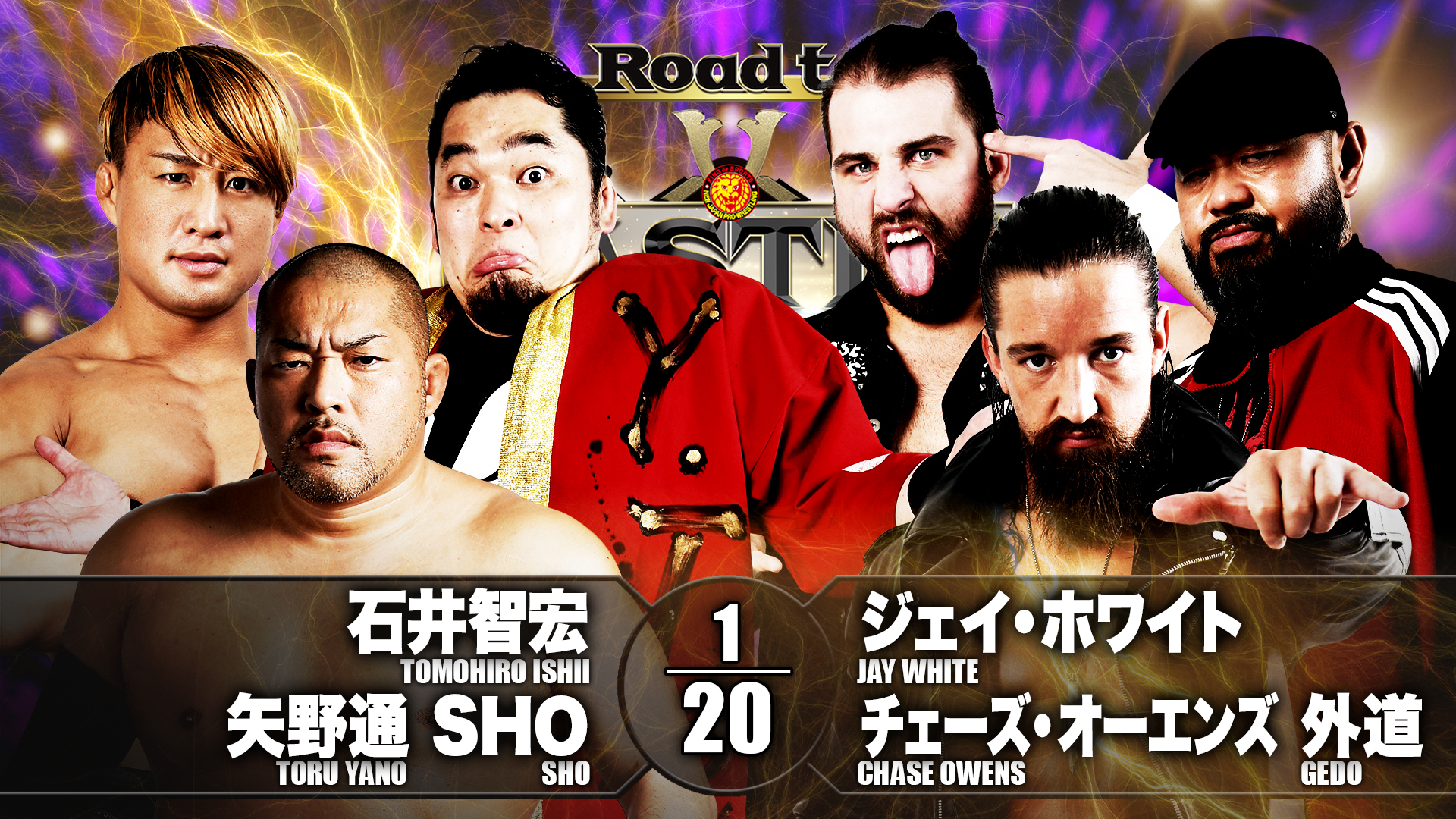 CHAOS and BULLET CLUB collide again in the third match of the night, as we see previews of both Tomohiro Ishii vs Jay White and Chase Owens vs Toru Yano before they meet in Osaka on February 27.

The weekend saw Chase Owens challenge Yano to a Texas Strap Match at Castle Attack for the KOPW 2021 trophy, but Toru Yano is yet to introduce his own set of rules. Will Yano have a stipulation in mind tonight? Or will he choose to forgo a fan vote to accept Owens’ Strap Match stip? 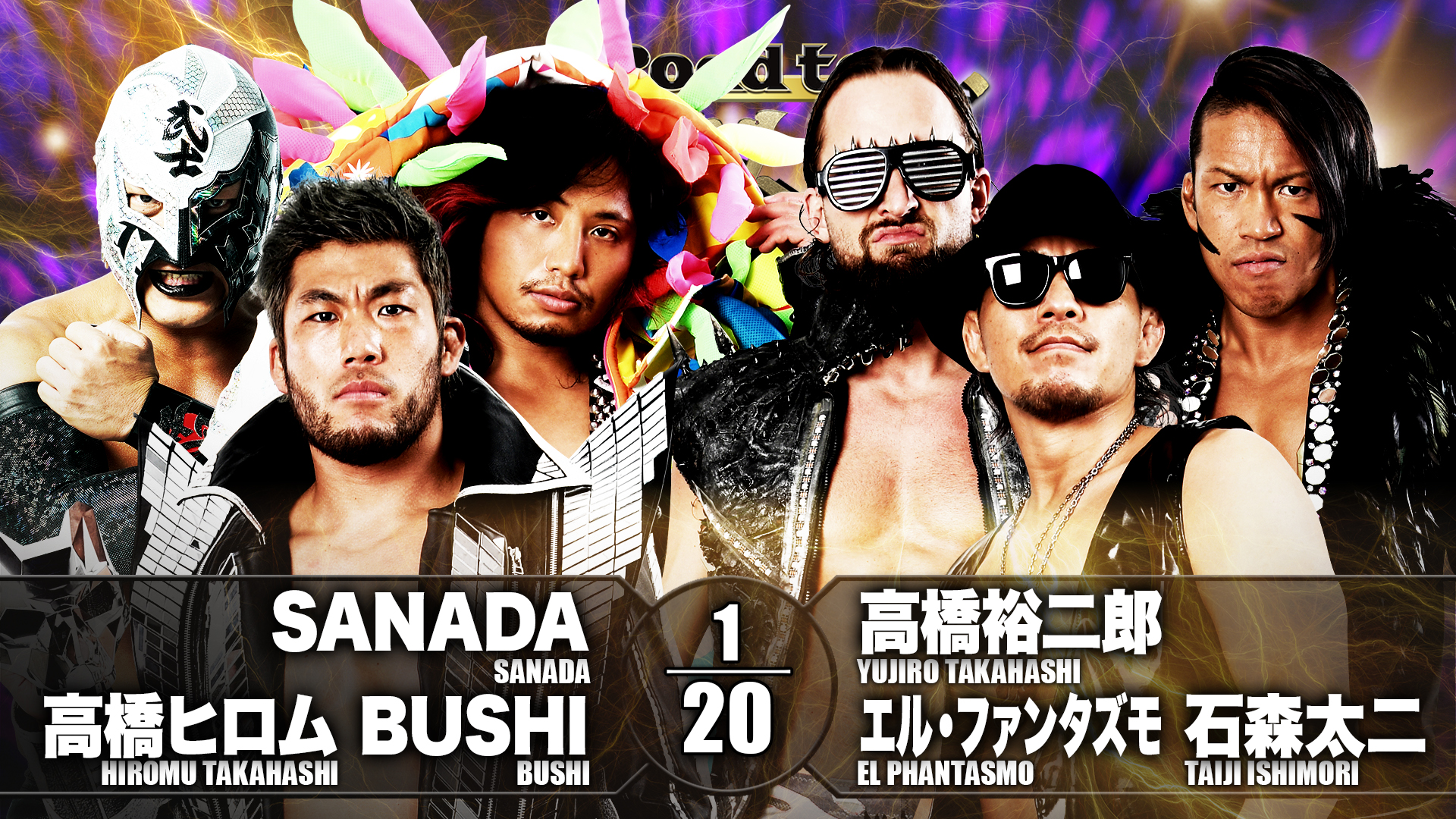 SANADA, Hiromu Takahashi and BUSHI form a formidable trio in the second match of the night to take on El Phantasmo, Taiji Ishimori and Yujiro Takahashi. BUSHI and Hiromu have staked a convincing claim to the IWGP Junior Heavyweight Tag Team Championships, but have yet to taste El Phantasmo’s Sudden Death. Will the steely superkick send a powerful message to the tag team challengers, and indeed the IWGP Junior Heavyweight Champion Hiromu tonight? 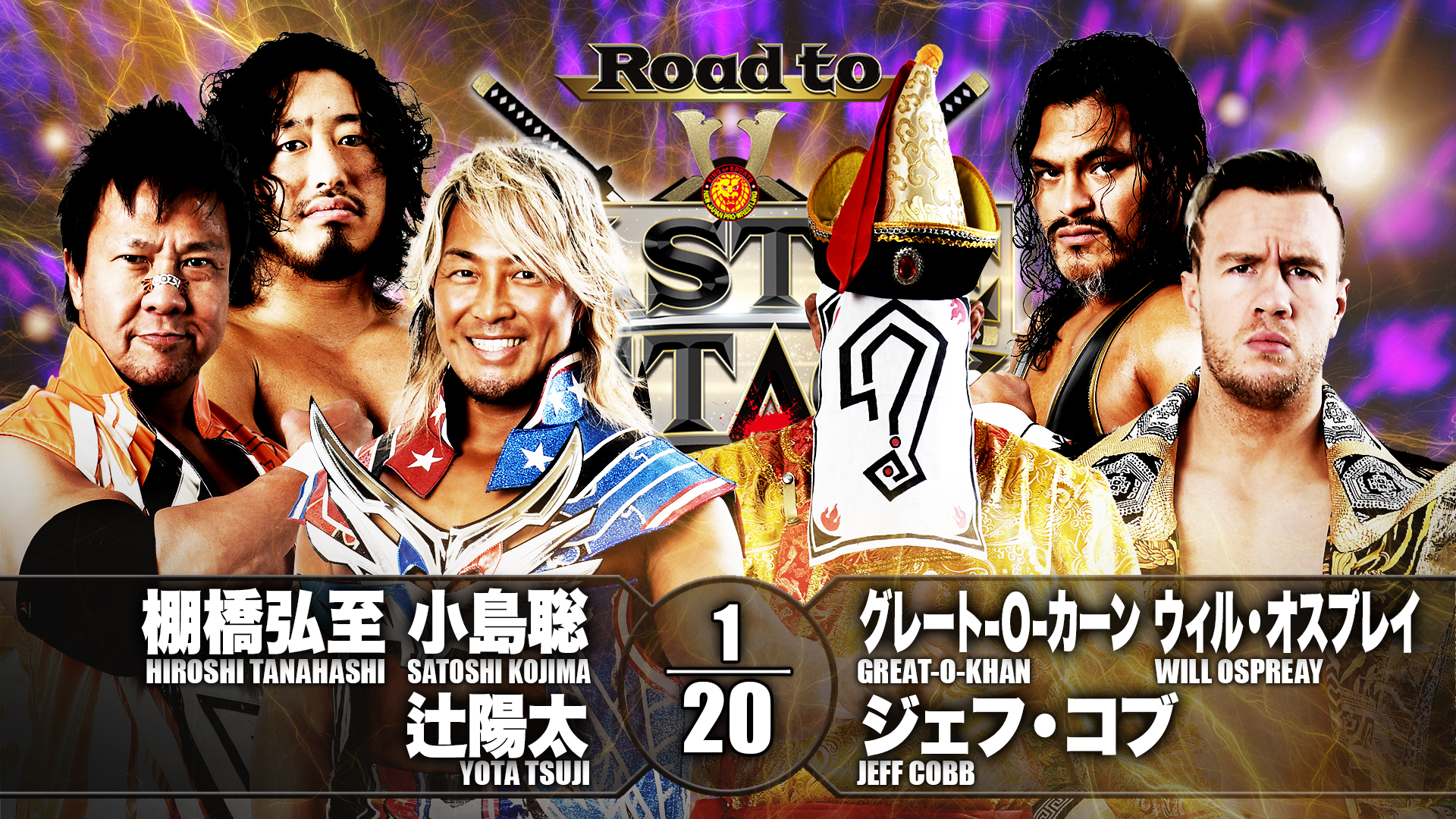 The night’s action sees Satoshi Kojima rejoin Hiroshi Tanahashi and Yota Tsuji to face the United Empire. After a disappointing slate of singles matches with three defeats at the Tokyo Dome, United Empire struck back with force in January, and now Ospreay and Cobb will be supporting O-Khan as he seeks to take the faction’s first title in the NEVER Openweight Championship on February 28. Will they continue to dominate in Korakuen tonight, or will Tanahashi put a stop to their momentum?