After three consecutive events in Korakuen Hall, the first leg of the Road to Castle Attack draws to a close Wednesday night before the tour heads on the road for live events to end the week. Plenty of action awaits, just ten days before an Osaka Jo Hall showdown!

Watch Road to Castle Attack live and in English on demand on NJPW World! 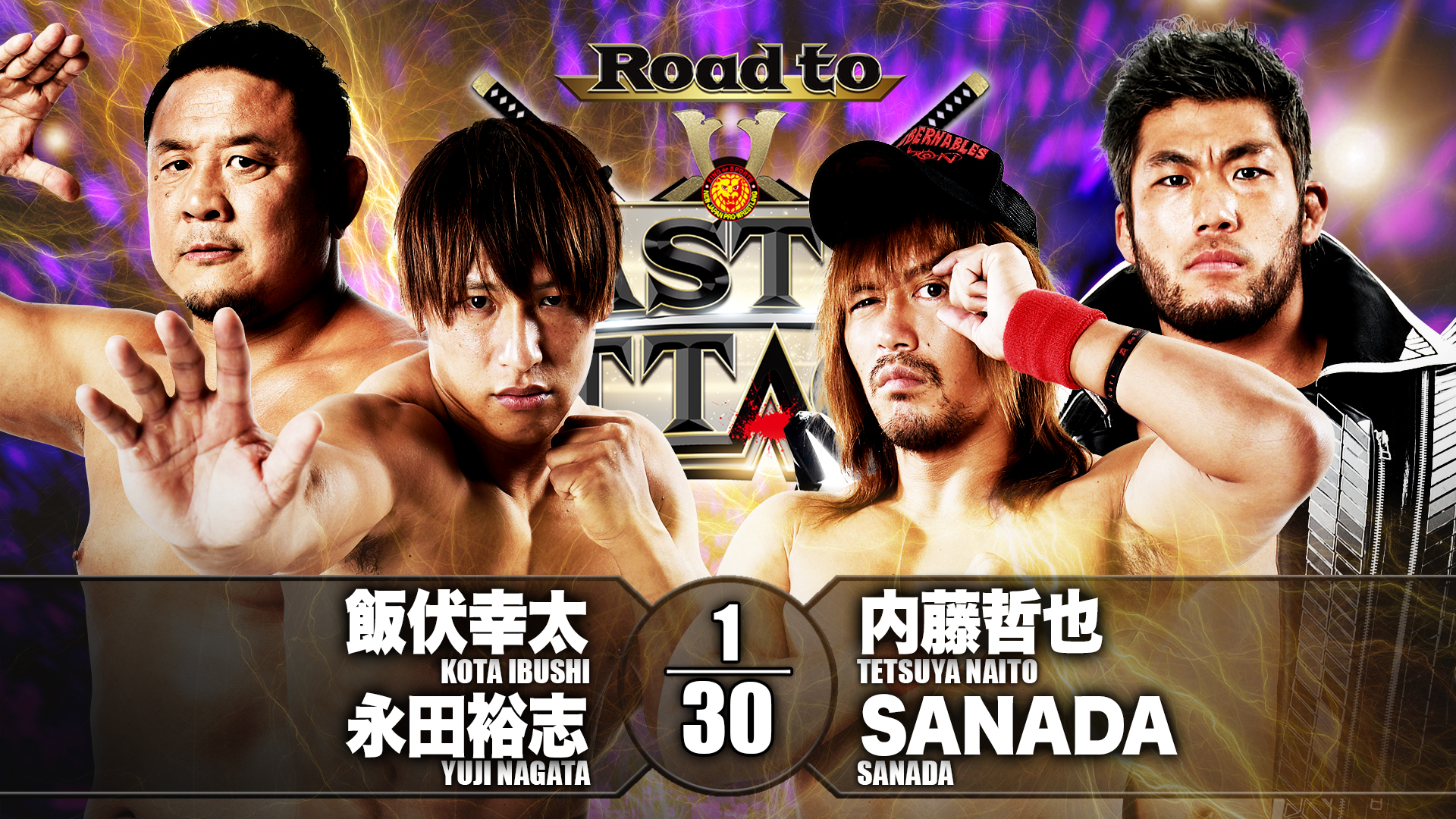 The main event of the evening sees Kota Ibushi continue his tag team campaign with Yuji Nagata en route to facing Tetsuya Naito in Osaka Jo Hall, who teams with SANADA tonight. Nagata and Ibushi have formed an impressive combination this tour, though the results have not been forthcoming for Nagata, who will take the fight tonight to SANADA especially. This should be a highly technical half of the contest to look forward to.

Highly technical is what a lot of Ibushi and Naito’s interactions have been thus far on the Road to Castle Attack, to the surprise of many who know how high risk their matches can be. As Naito has emerged with wins thus far on the tour, he’s also been very vocal backstage about his motivations for challenging the IWGP Intercontinental Champion, and just why he wants to put a stop to Ibushi’s plans to unify the Intercontinental and Heavyweight titles. Will he be a further impediment to Ibushi tonight, or will the Golden God stamp his authority on the road to Osaka? 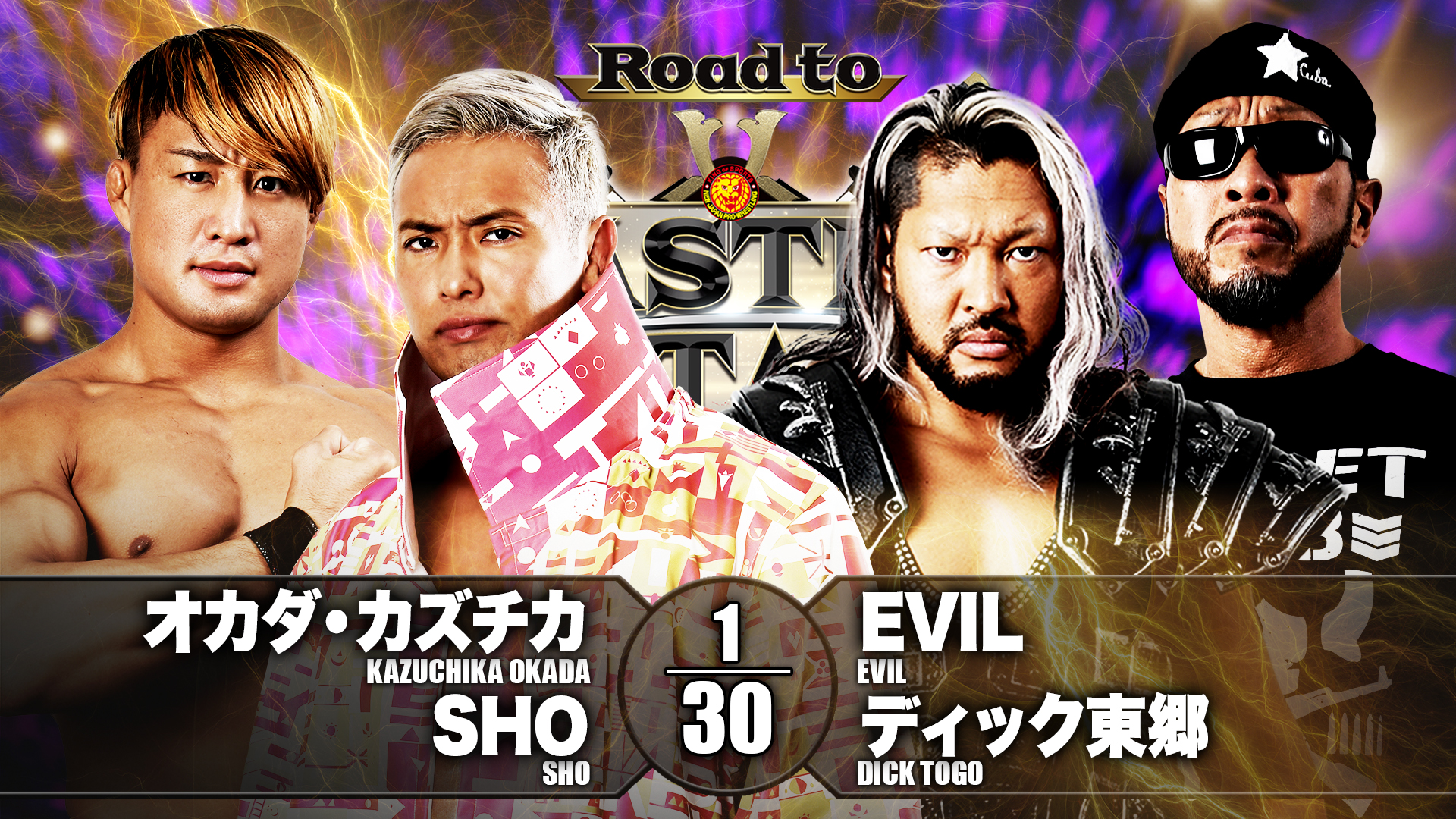 Kazuchika Okada and EVIL will finally meet in singles competition in the main event of Castle Attack night one. Since January 6, Okada has been campaigning for th ebout, and since January 6, he has been frustrated more often than not by BULLET CLUB’s numbers game. It’s hard to imagine that Dick Togo will not be a factor on February 27 either, but tonight at least it seems as if both sides of the scale are balanced. If anything, EVIL and Togo will be at a disadvantage tonight with Okada pairing with recent IWGP Junior Heavyweight Championship challenger SHO. Can the Rainmaker finally do something tonight to try and take Togo out of the equation and keep focus on the King of Darkness? 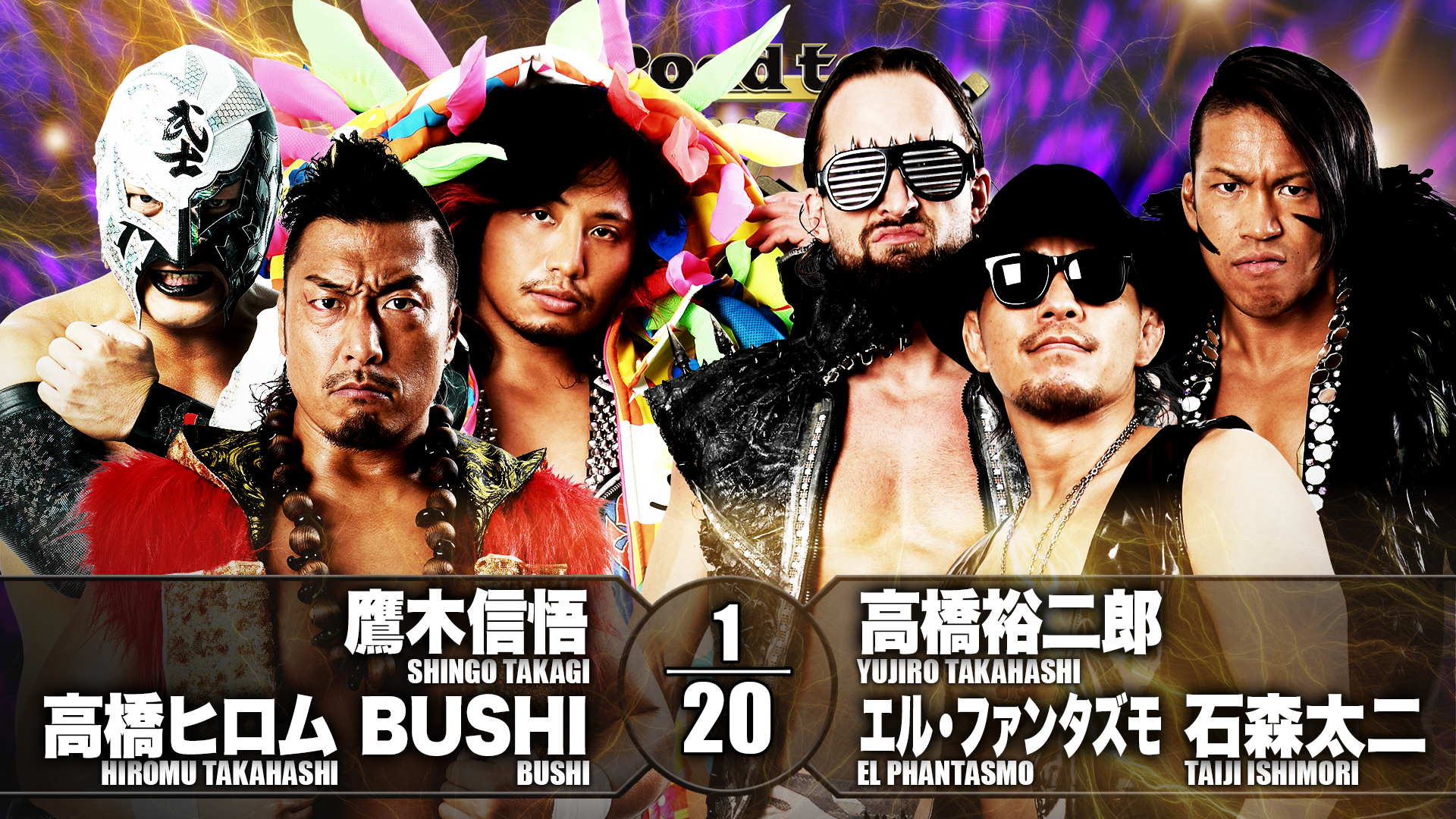 Eleven days before Hiromu Takahashi faces the challenge of El Phantasmo in Osaka, and eight days before Hiromu and BUSHI team up to challenge for the IWGP Junior Heavyweight Tag Team Championships, six man tag team action between LIJ and BULLET CLUB tonight. Who comes out with the upper hand as time ticks down to Castle Attack? 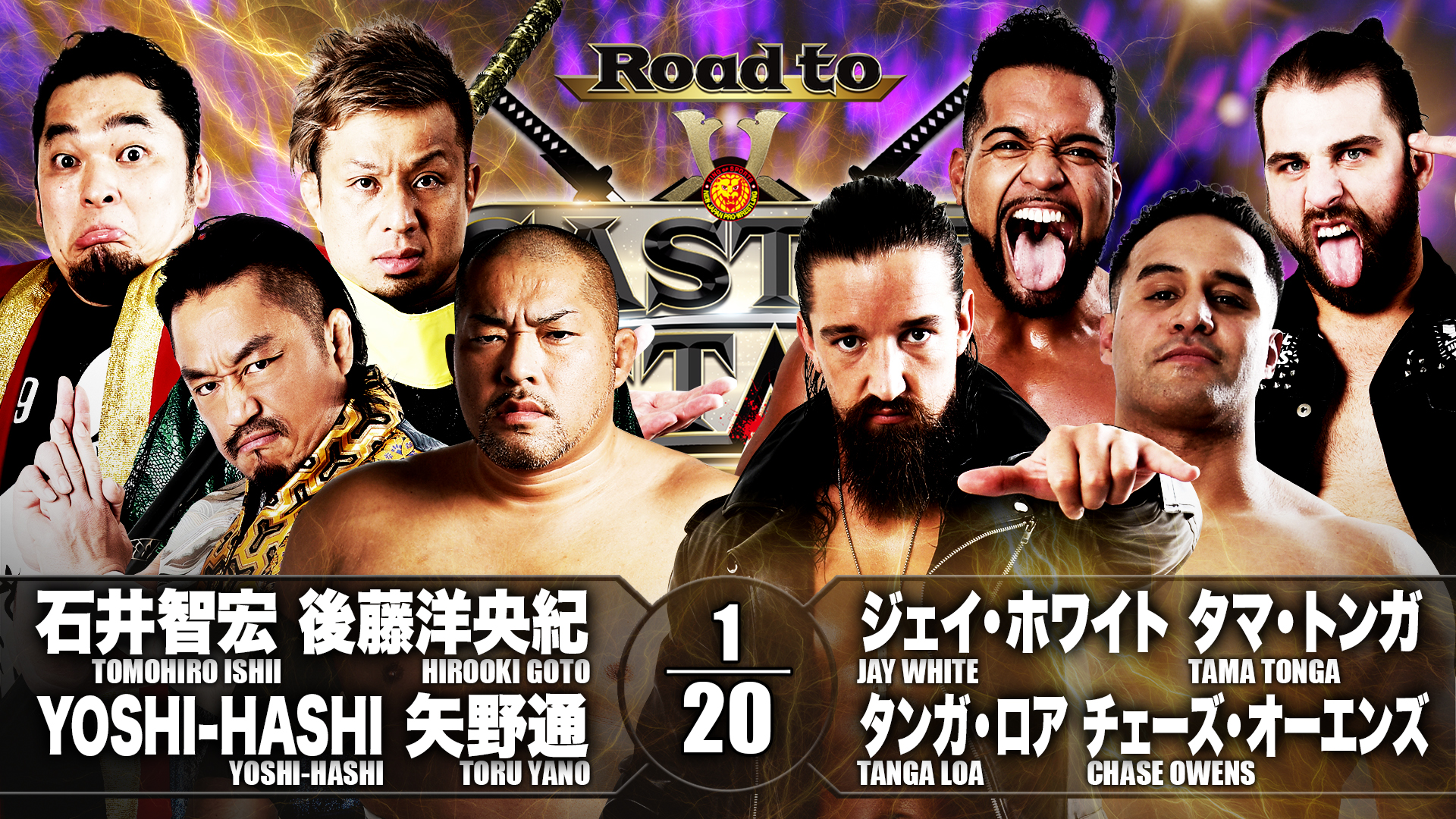 CHAOS and BULLET CLUB continue to clash in eight man action in the second match of the night. Toru Yano and Chase Owens have now both made their pitches for respective variations on the Texas Strap Match, and the voting is underway, but whoever is leading the polls, we can expect strap based carnage tonight. We can also expect Jay White and Tomohiro Ishii tearing into one another, after White and Gedo choked Ishii in a brutal post match attack Monday. With YOSHI-HASHI and Hirooki Goto coming for IWGP Tag Team Champions the Guerrillas of Destiny as well, this is going to be a busy tag bout. 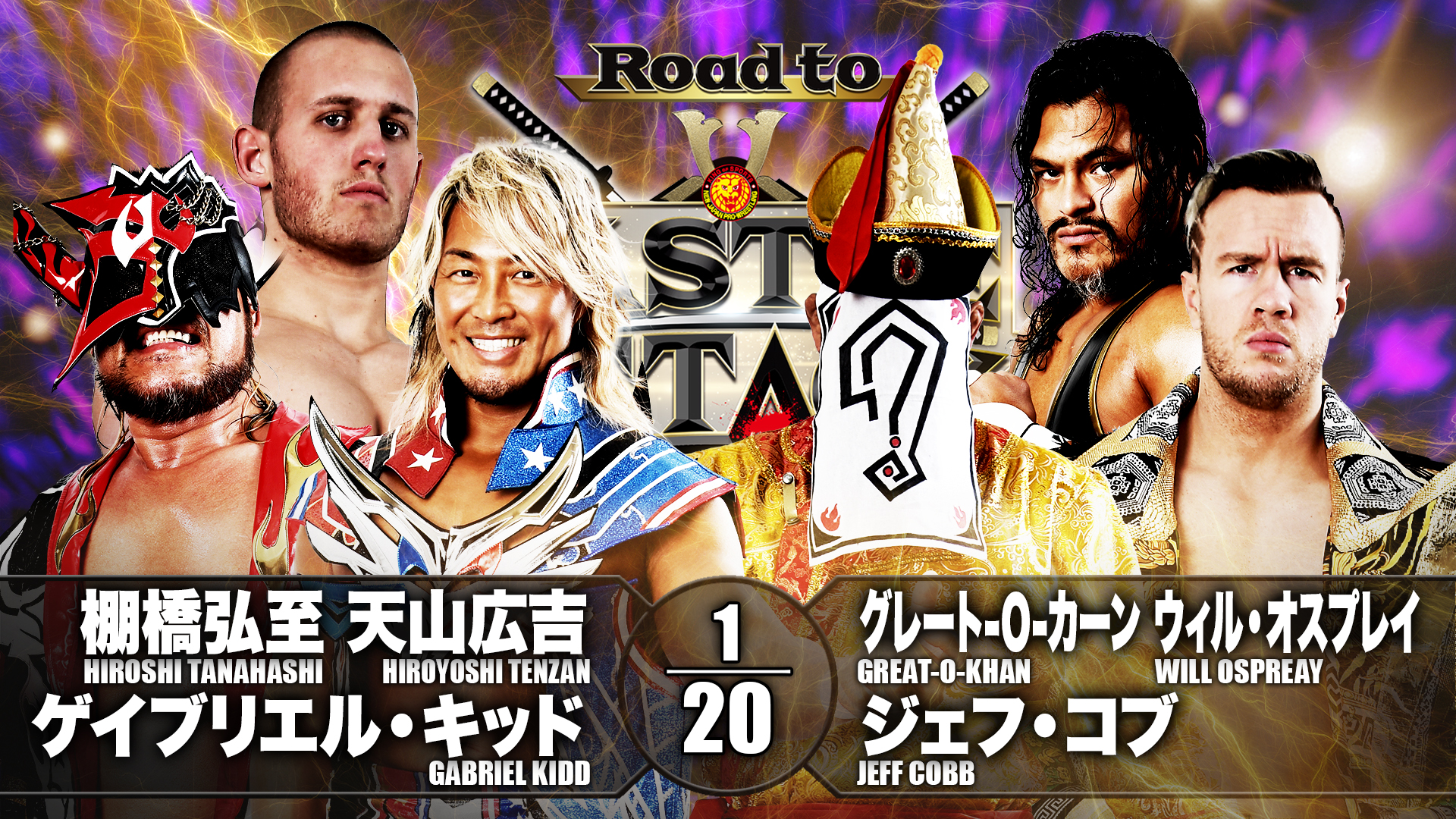 Another preview of February 28’s NEVER Openweight Championship match opens the night’s action as NEVER champ Hiroshi Tanahashi teams with Hiroyoshi Tenzan and Gabriel Kidd to take on the United Empire. Monday night, Great-O-Khan, Jeff Cobb and Will Ospreay each took turns in mocking Tenzan and the loss of his Mongolian Chop, something that may push the frustrated veteran to his violent brink tonight.