The last event on the intense Road to Castle Attack will end where it starts in Korakuen Hall. Atop a card full of previews of the action we’ll see in Osaka Jo Hall on February 27 and 28 will be a championship match that sees the IWGP Junior Heavyweight Tag Team titles on the line.

Watch Road to Castle Attack LIVE and in English on demand on NJPW World! 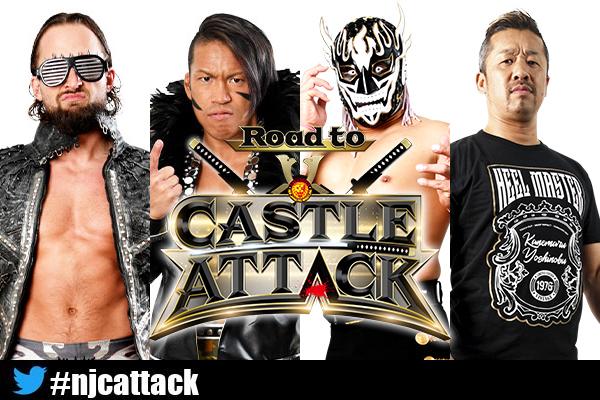 February 22 saw a shocking announcement relayed to fans in Korakuen Hall, as the world learned that Hiromu Takahashi, injured on February 19, will be out of action for approximately six months with a torn left pectoral muscle.

This will lead to changes to cards moving forward, with Hiromu scheduled for two championship matches in the coming days. The first of these was set to be Hiromu Takahashi and BUSHI challenging El Phantasmo and Yoshinobu Kanemaru for the IWGP Junior Heavyweight Tag Team Championships. Though Phantasmo had assumed he would be given the night off on Thursday, Desperado and Kanemaru were quick to assert themselves as replacement challengers.

The BULLET CLUB duo won the tag belts back on January 23, in a match full of controversy that ended with Sudden Death from Phantasmo. Now Desperado and Kanemaru are promising to take ‘their’ title belts back Thursday night in our main event! 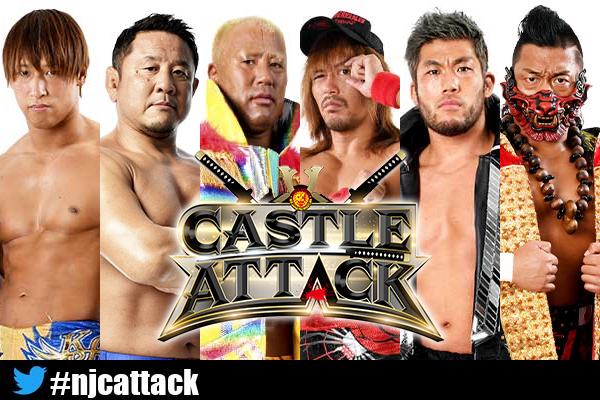 Three days away from his IWGP Intercontinental Championship match against Tetsuya Naito, Kota Ibushi leads veterans Yuji Nagata and Tomoaki Honma into battle against a Los Ingobernables De Japon trio tonight. The LIJ side has seen victories over Ibushi’s hontai teams throughout the tour, with SANADA recently victorious over Yuji Nagata one on one last week in Korakuen Hall, and over Honma this Monday. Yet with mere days separating him from the main event in Osaka Jo Hall, one has to wonder whether Tetsuya Naito might be cautious in ring tonight. A knee injury last Tuesday removed the Intercontinental challenger from cards for the remainder of last week, and this will certainly be a key narrative to this final ‘go home’ matchup. Will Naito go all out in order to prove he’s 100% for Sunday, or will he take a watching brief to conserve himself for the champion? We’ll have to wait and see. 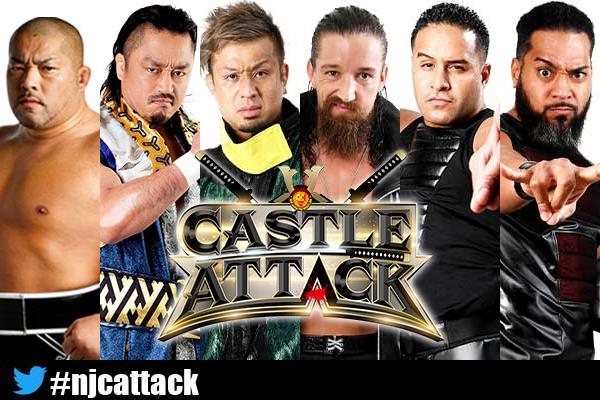 The third match of the evening will see the final previews before a brace of singles bouts on February 27 and February 28’s IWGP Tag Team Championship bout. White’s obsession with Ishii has only escalated in violence over the last week, with February 17’s tag bout ending in Ishii being brutally choked unconscious by Gedo and the Switchblade. With Hirooki Goto and YOSHI-HASHI’s feud with the Guerrillas of Destiny escalating at a similar pace and intensity, this six man tag team bout might be impossible to officiate. 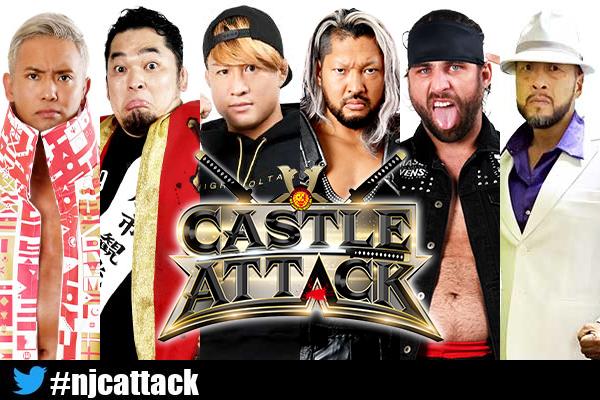 February 25 sees two clashes between CHAOS and BULLET CLUB as Kazuchika Okada, Toru Yano and SHO meet EVIL, Chase Owens & Dick Togo in the second match of the evening. Through the tour, Owens has been showing Yano that their KOPW 2021 match, regardless of who wins the rule polls, will be anything but fun and games. Vicious strap based assaults have been the theme since the tour opener, and Owens will continue to bring the aggression tonight; will Yano be able to counter the highly motivated Crown Jewel?

Meanwhile Wednesday saw Kazuchika Okada and SHO send an effective and powerful message to EVIL and Dick Togo. In a two on two environment with no additional factors, the duo earned a convincing victory in Korakuen Hall. Can that momentum keep coming for Okada before Saturday’s main event clash with EVIL? 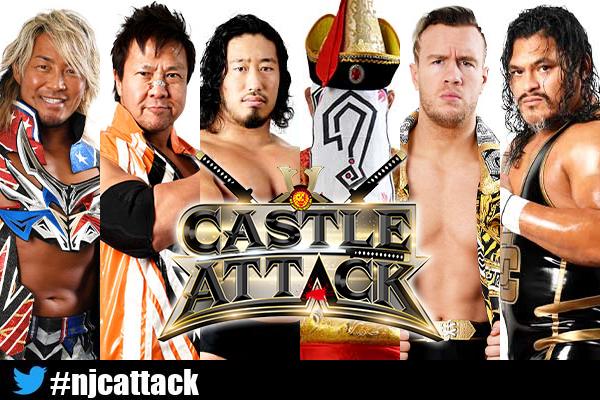 The night’s action begins with Hiroshi Tanahashi leading Satoshi Kojima and Yota Tsuji to the ring to take on the United Empire. Jeff Cobb, Will ospreay and Great-O-Khan have continued to be an unstoppable trio when together, as Cobb has racked up consistent pinfall victories throughout the tour. Can they get one more tonight; and more importantly, will O-Khan be able to secure the faction’s first singles win, and its first championship in the process Sunday against NEVER Openweight champ Tanahashi?