After over a year, Jon Moxley wrestles in an NJPW ring this Friday, and he puts the IWGP United States Heavyweight Championship on the line in the match the world has been waiting for, all this week on NJPW STRONG.

Sign up on NJPW World to win a limited edition T-shirt! 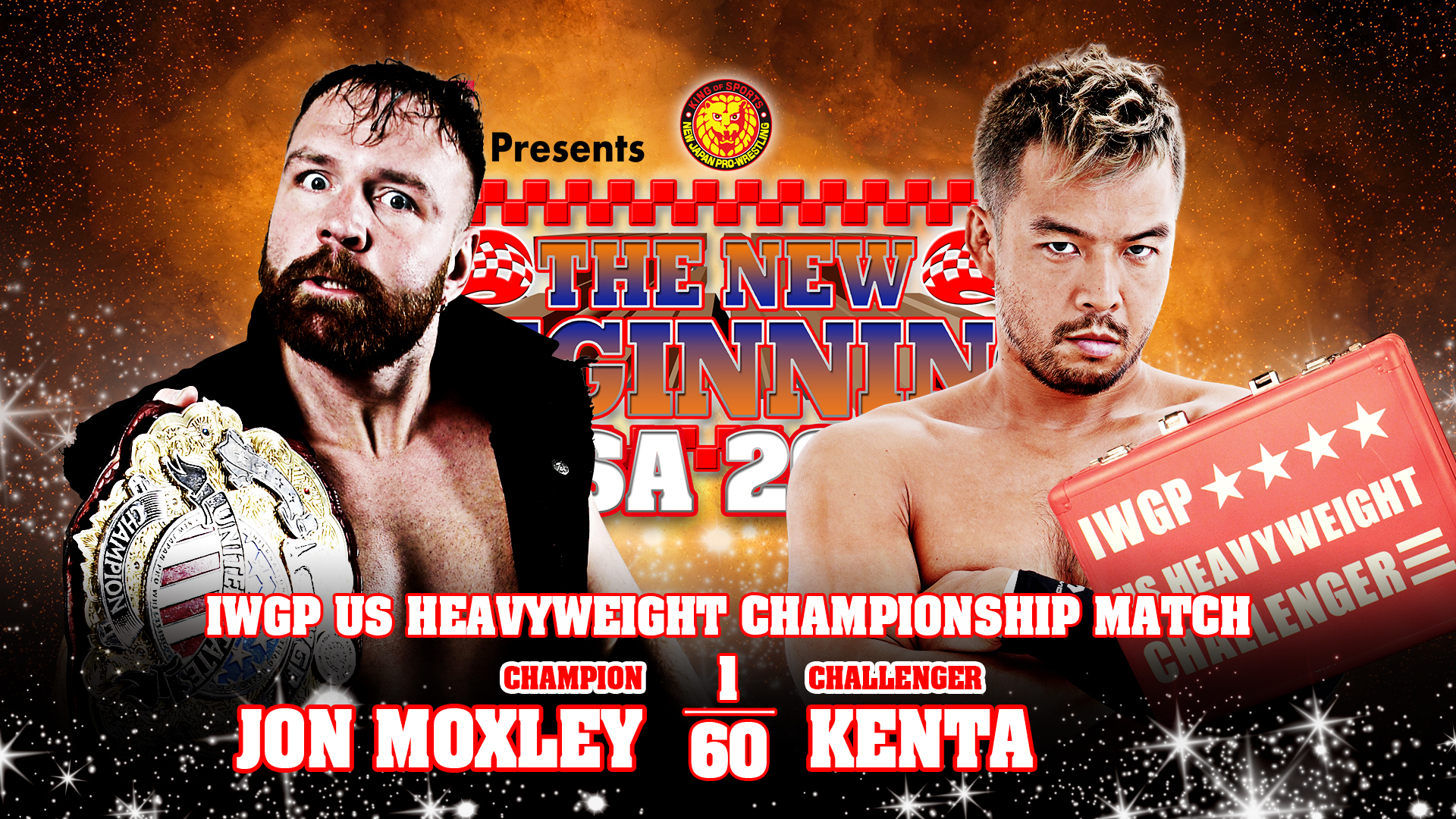 For the first time since February 9 2020 in Osaka Jo Hall, Jon Moxley defends the IWGP United States Heavyweight Championship in our main event tonight against KENTA.

For KENTA especially, this match has been a long time coming. In August, the BULLET CLUB member became the first ever winner of New Japan Cup USA, granting him a number one contender’s briefcase that, through fair means and foul, he defended in subsequent months against Jeff Cobb, Hiroshi Tanahashi, David Finlay, Brody King and Satoshi Kojima. His five defense record would make him the most successful IWGP US Heavyweight Champion of all time- if it were the gold he held and not the briefcase.

That’s a distinction that Moxley is keen to point out. The ‘boogeyman of NJPW’ had enough of waiting on January 29, and stormed through promotional and political lines to attack KENTA on NJPW STRONG. The next week, KENTA returned the favour on AEW Dynamite, and two Go2Sleeps in two weeks to the US Champion seems to grant the edge in momentum to the challenger.

On February 26 however, a long period of talking comes to a close, and all that’s left is competition for the red and gold. Who emerges as the champion? And in an apparently new era in all of professional wrestling in America, what vision might Friday’s main event victor have for the United States title? 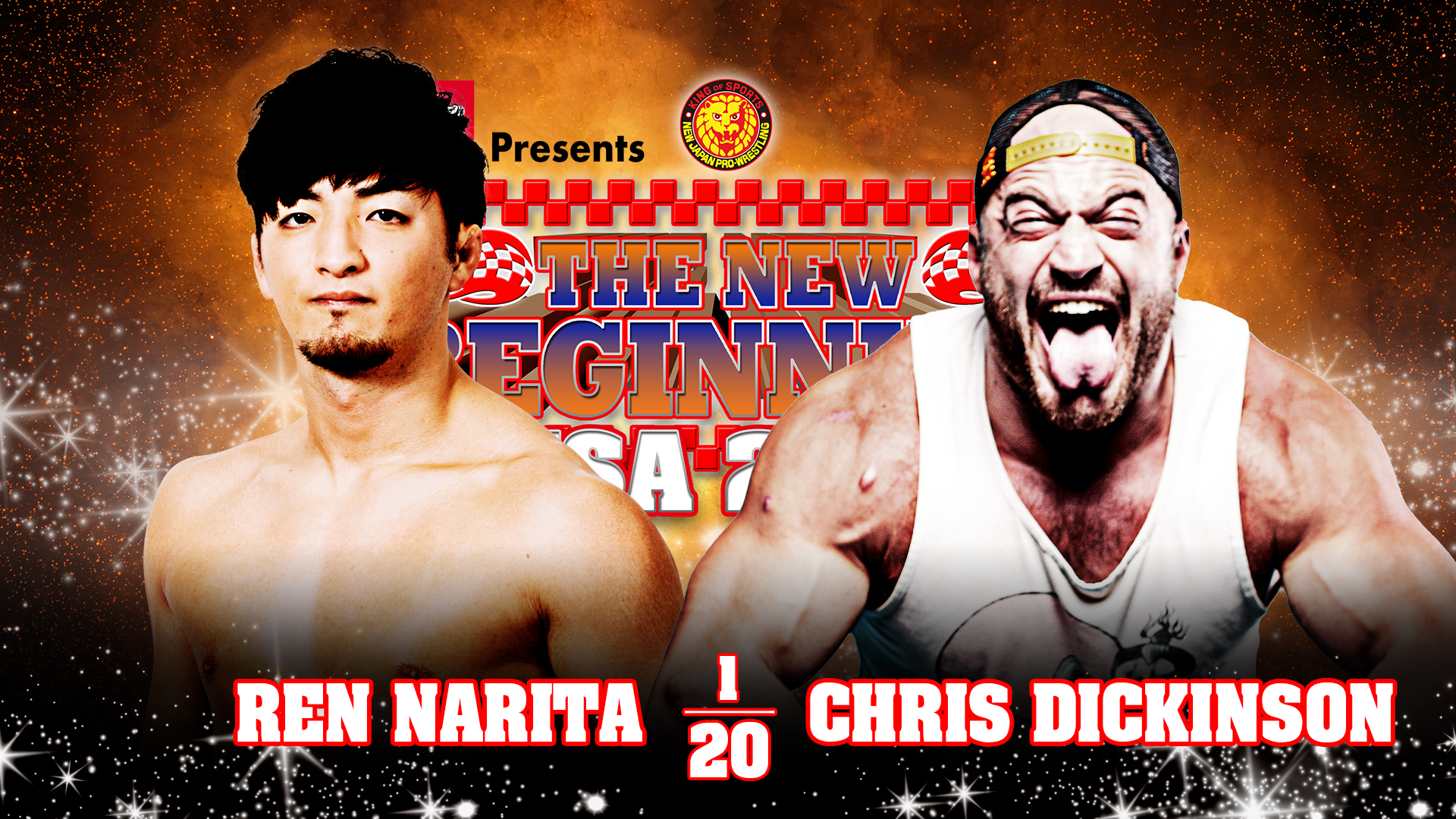 The second match of the night sees two men who have been on the rise on NJPW STRONG this year face off one on one.

Since appearing on the first NJPW STRONG of 2021, Chris Dickinson has yet to taste defeat. The Dirty Daddy has been working for his whole career to compete in the cerulean blue, and since his debut, has been eager to show the world why he belongs. Yet Narita too has a point to prove. The Noge Dojo graduate has high expectations of him on his American excursion, and made his own successful NJPW STRONG debut by defeating Bateman last month.

When Narita and Dickinson met in a tag team main event on the road to New Beginning, Narita was not giving an inch to Dickinson, and fired up against the Team Filthy member. Though Dickinson would win the match by submitting TJP, He wanted to press the point after the bell by getting in Narita’s space. When the former Young Lion refused to back down, a brawl broke out, and now this issue will be settled one on one. 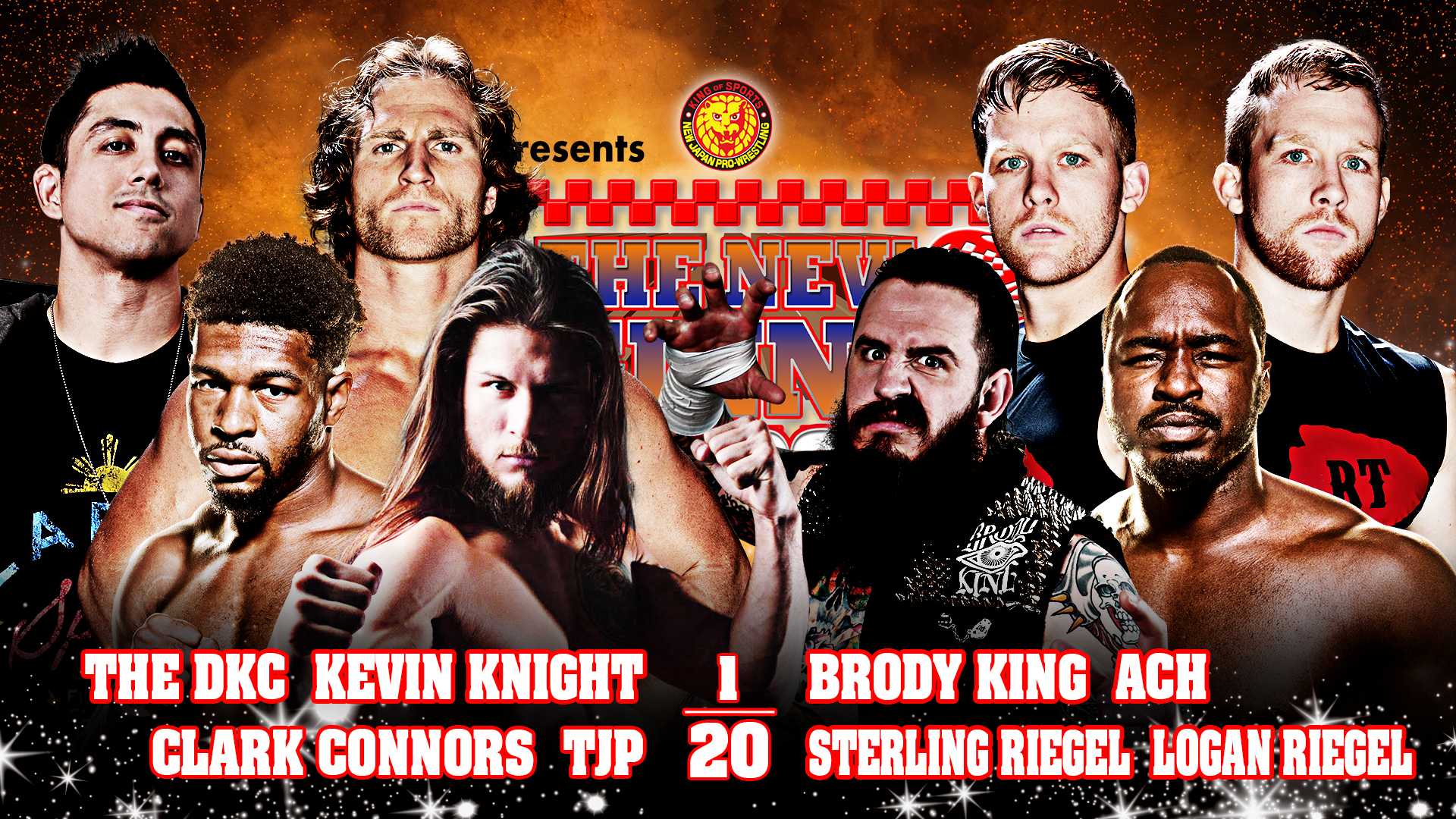 The night’s action will kick off with an eight man tag team match. Brody King has taken the Riegel Twins under his wing of late, though not always to success. When his side lost their last tag team bout, King declared that he had ‘an idea’ in mind to move himself and his teammates forward. Adding ACH to their number, will his team share a unified vision tonight?