Suzuki-Gun make moves as Hiromu goes on the shelf 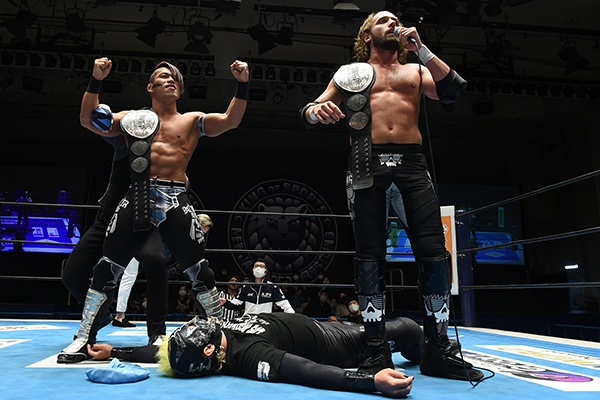 February 22 saw a change made to Korakuen Hall’s Road to Castle Attack card, with a planned preview of Hiromu Takahashi and BUSHI vs El Phantasmo and Taiji Ishimori for the IWGP Junior Heavyweight Tag Team Championships altered. Takahashi’s pectoral injury, sustained February 19 was, upon careful medical examination, revealed to be a left pectoral tear, and one that will keep the IWGP Junior Heavyweight Champion on the injured list for six months. 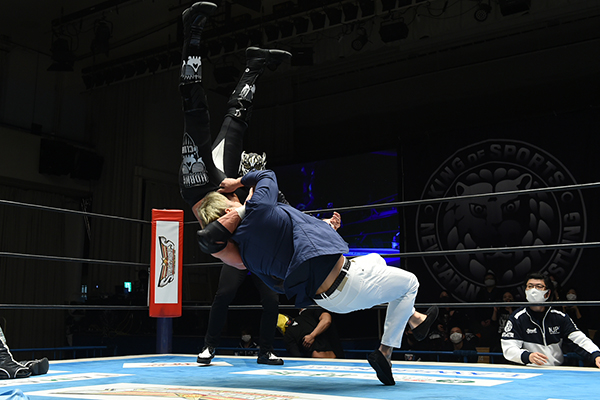 This, of course raised several questions about the scheduled IWGP Junior Heavyweight singles and tag team championship matches to come this week; questions ELP assumed would be settled by being granted a night off Thursday. As Phantasmo taunted BUSHI on the microphone after their tag bout however, stating ‘now we have no challengers’, those new challengers appeared. 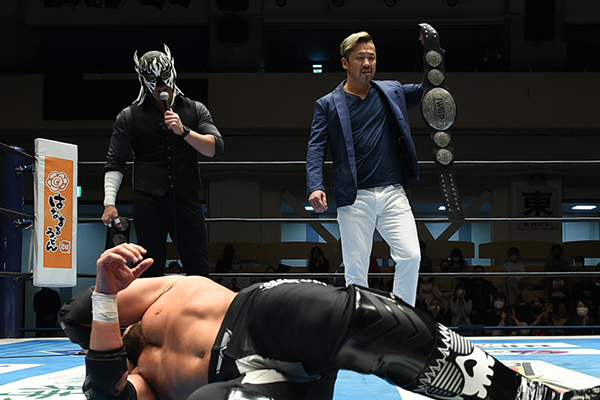 El Desperado and Yoshinobu Kanemaru hit the ring, with Desperado laying out Ishimori with a right fist as Kanemaru landed a brainbuster to Phantasmo. Desperado took to the mic and stated ‘No challengers? You have it backward. You’re the challengers. We’re taking our belts back’.

Will this impromptu match be put into effect? Stay tuned for more information as it becomes available.