Wrestle Grand Slam to hit Yokohama Stadium and the Tokyo Dome this May!【WGS】 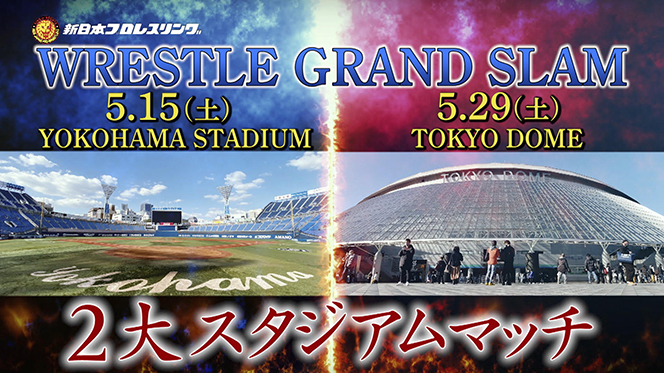 In a huge announcement during March 4’s Anniversary Event, it was revealed that NJPW action will hit Yokohama Stadium on May 15 and the Tokyo Dome on May 29 for Wrestle Grand Slam.

The announcement marks NJPW’s first Tokyo Dome event outside of January in 16 years, and the first time ever NJPW will come to Yokohama Stadium.

After the success of Summer Struggle in Jingu Stadium in 2020, New Japan Pro-Wrestling action will be in an open air baseball stadium once more for what is sure to be a historic event, and that before our return to the Tokyo Dome!

What major matches will be coming this May? Stay tuned for details!