One & Only: Kota Ibushi victorious as new era dawns on IWGP 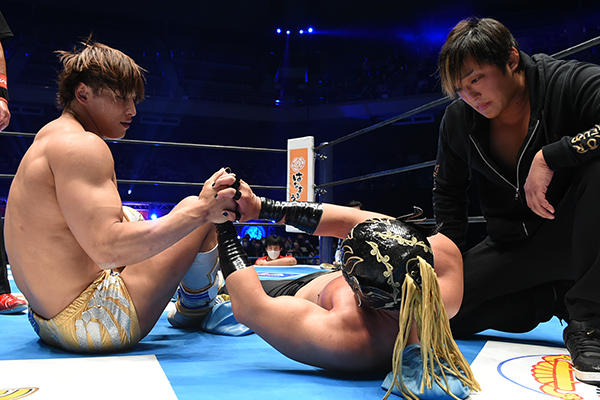 After salty comments delivered by Ibushi to Desperado before the match, the masked man wrestled with his pride early. Trying to out manoeuvre Ibushi on the mat, he was able to hang with the champion. Trying to outstrike his man, however Ibushi would show Despe the disparity in power between weight classes. 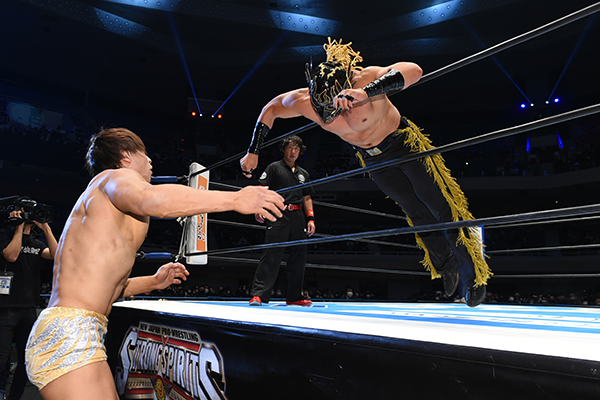 Ibushi would arrogantly talk down to Desperado in between blows, before the challenger began to wrestle with head and not heart. Sending Ibushi into the corner, Despe went downstairs and began to mount an assault of the left knee. While Ibushi was able to score with a powerslam, the weak base meant that a follow up moonsault was slow to come, and Desperado sent his opponent tumbling to the floor where he was met with a suicida con giro. Guitarra Del Angel got a near fall for the challenger, and it seemed as if the uphill struggle for Desperado was getting more achievable by the instant. 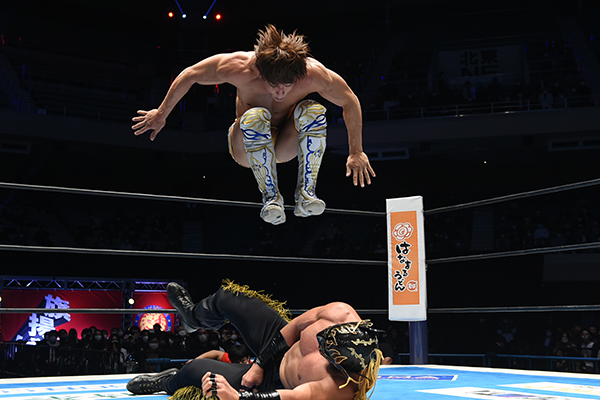 An attempt at a basement dropkick however, and Ibushi was able to get a momentary break, driving the air out of his challenger with a leaping double stomp. This time though, challenger used champion’s pride to trap Ibushi, baiting him into taking a swing, and countering with a roll-up into Numero Dos. 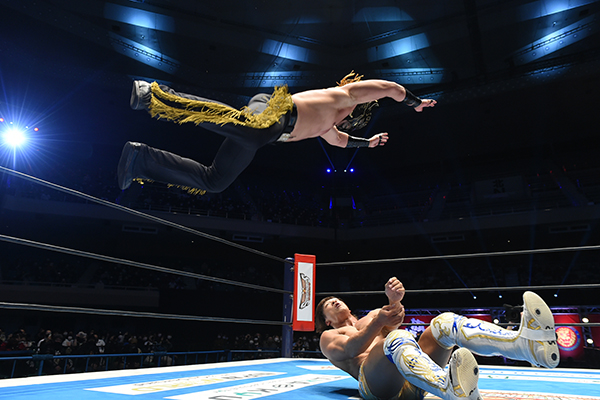 Moments later another flying stomp from Ibushi all but crushed the sternum of Desperado at the 15 minute mark, causing him to scream in pain and shifting the match firmly to Ibushi. A backdrop suplex and a Jun Kasai like mad splash to Ibushi would grant two to the challenger, but Pinche Loco wouldn’t come. Instead a series of brutal strikes from Ibushi ended when Desperado used his knockout right fist to punch Ibushi’s incoming knee. 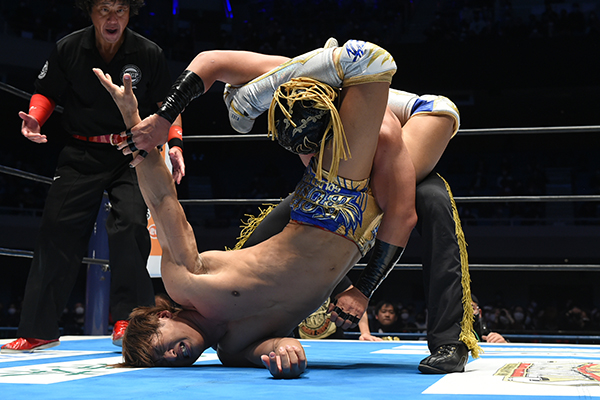 As both men reset, Ibushi landed a wild lariat and a Sit Out Last Ride for two, before looking for Kamigoye. Twice Desperado countered, into El Es Clero and then Numero Dos, but Ibushi would not be denied, hitting the move twice to score victory in the last ever double IWGP Championship match.
As Ibushi officially became enshrined as the IWGP World Heavyweight Champion, he would implore Hiroshi Tanahashi at ringside to watch as he made good on his promise to broaden the world of professional wrestling with a new vision of the IWGP, of NJPW and of professional wrestling at large. While controversy no doubt still remains, there remained no doubt tonight of a fantastic performance by both competitors.
NEXT：Filthy at the Fore...