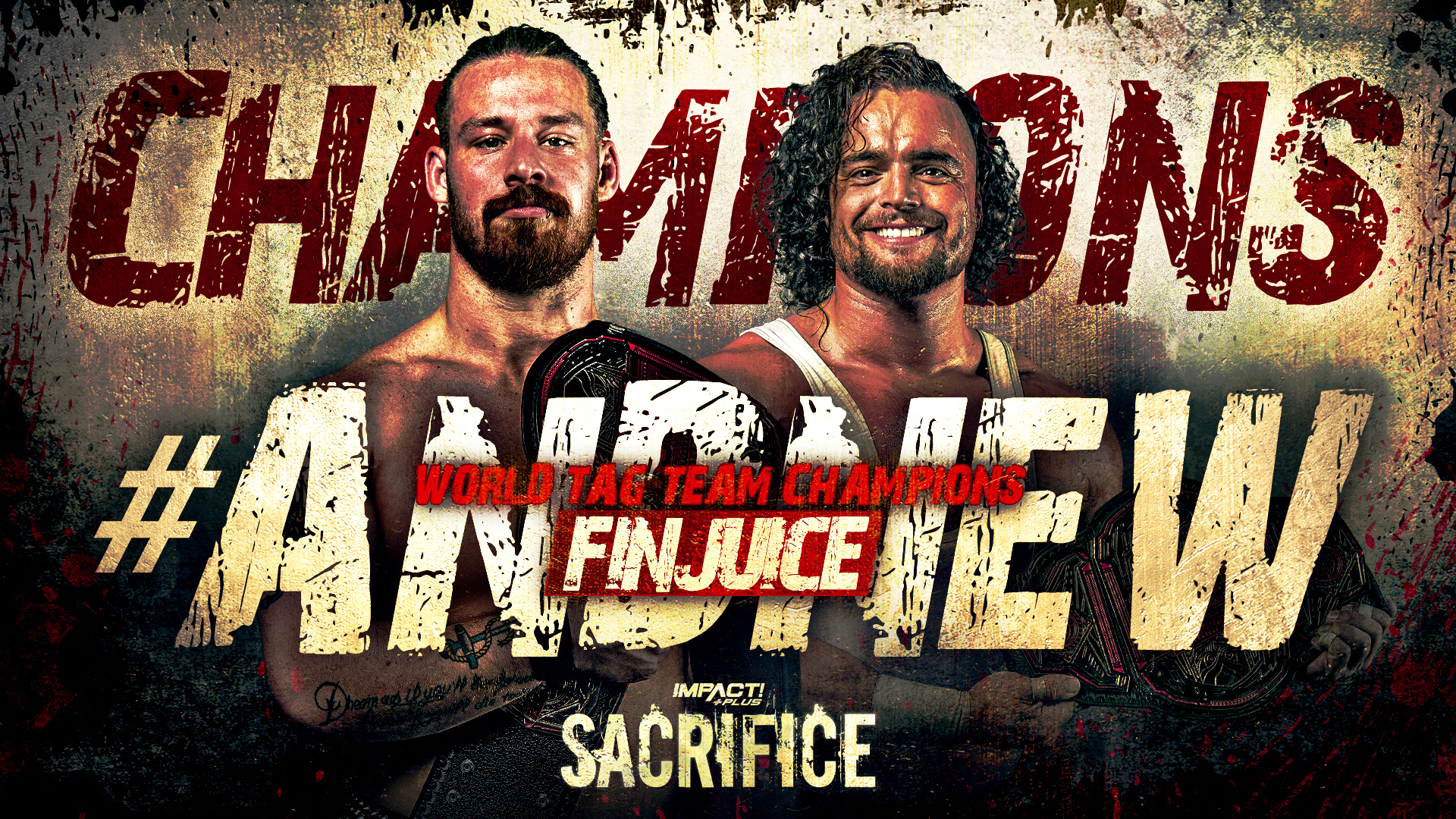 Finlay would start the match off with Karl Anderson, the Machine Gun with an early edge before being cut down by a dropkick that brought Juice inside for some tandem offense. Anderson would find his feet however, and drove Robinson into the corner, where the hulking Gallows was waiting. 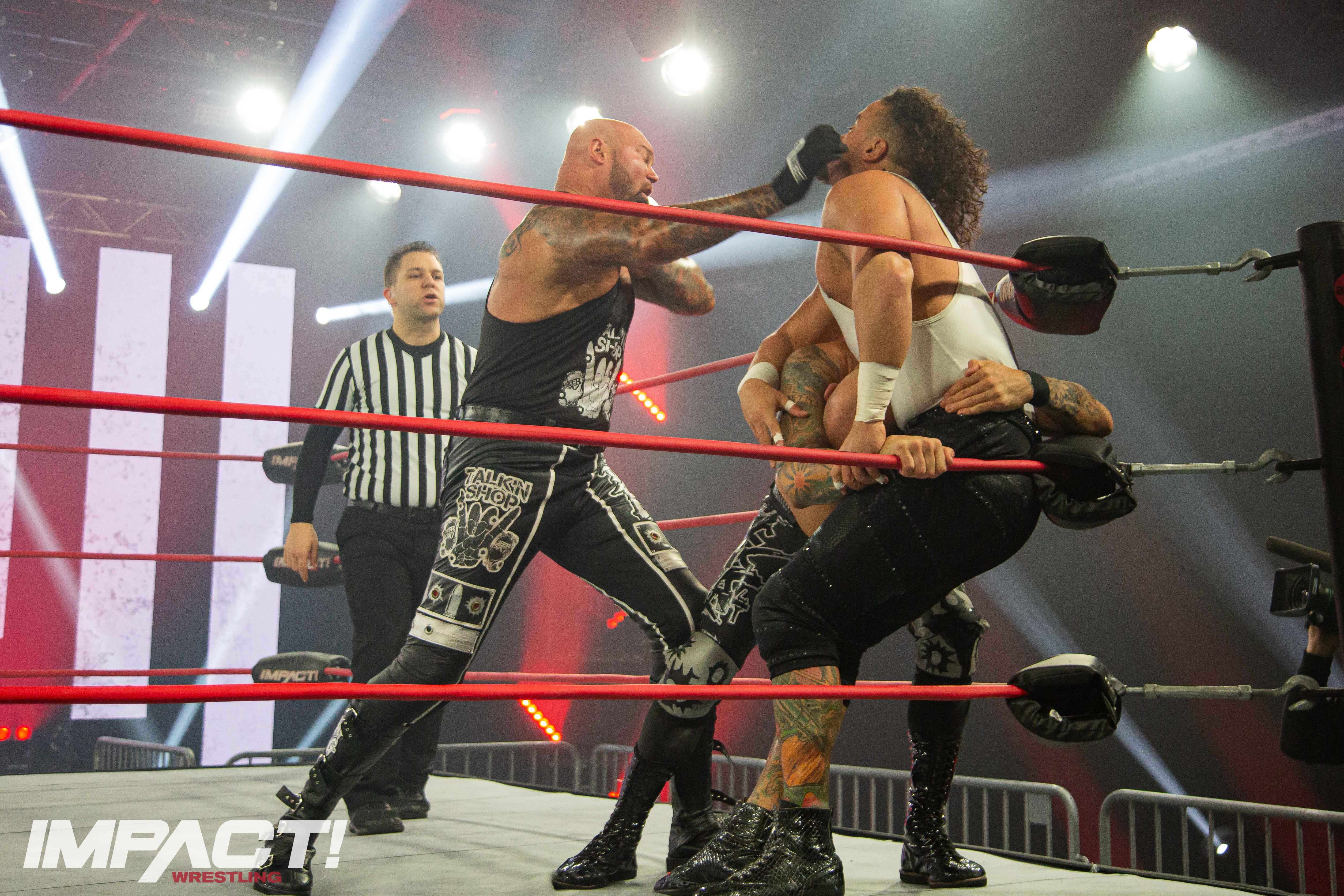 A big lariat from Gallows would drop Juice and bring control of the bout to the champions. When Juice made the tag, FinJuice were able to quicken the pace, but a trip to the top rope for Finlay proved to be a grave error. Anderson would pick Finlay’s ankle and drop the challenger over the top turnbuckle; Gallows following with heavy shots while Anderson would add insult to injury from the apron. 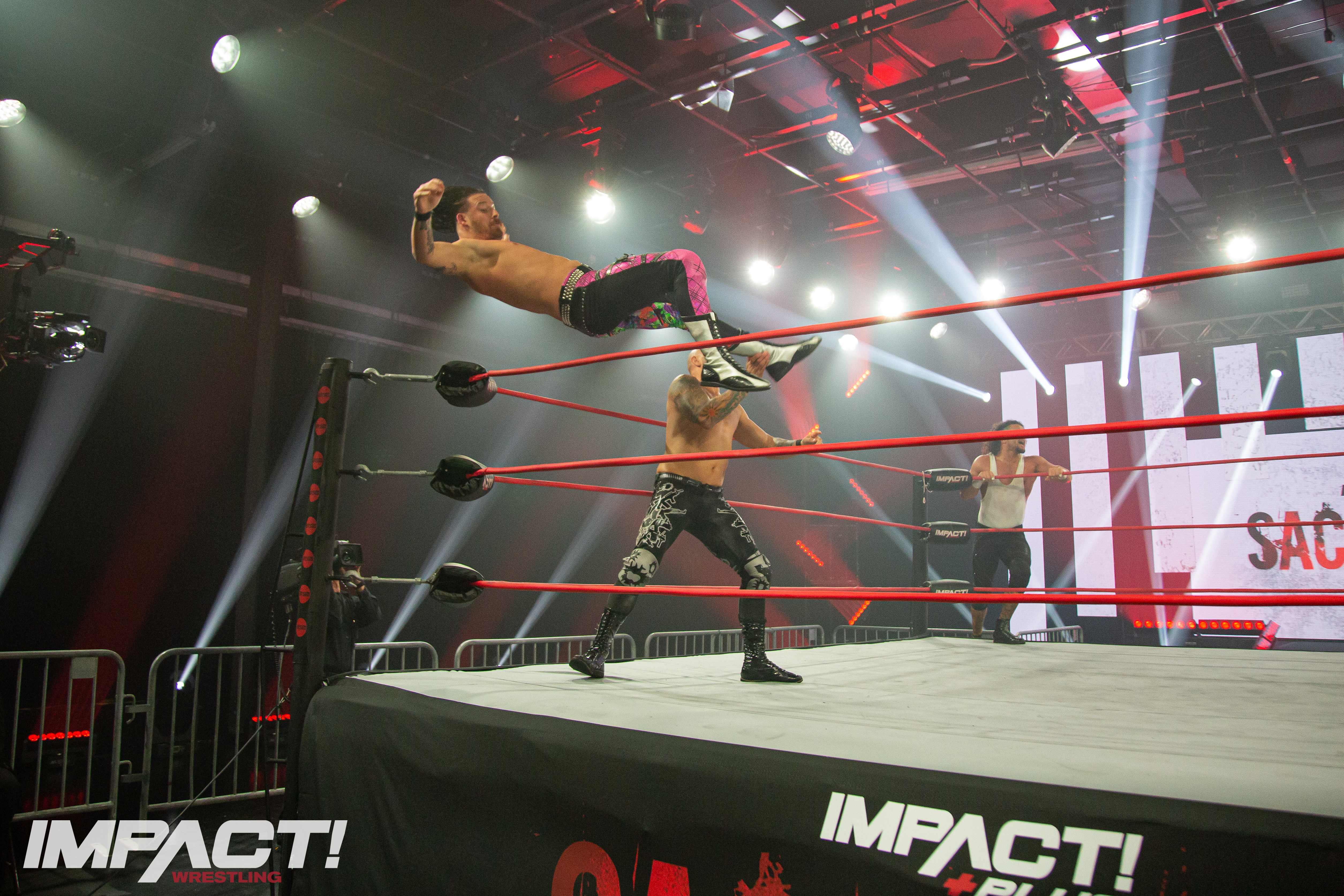 The Good Brothers effectively isolated Finlay, showing why they’ve earned their championship status as they refused to allow the tag to Robinson. A jawbreaker created some distance for Finlay; evading Anderson in the corner and sending the Machine Gun to get crotched on the second rope made more, and enough to bring Robinson. Flying in on Anderson, Juice jabbed away, and a full Nelson slam would give the challenging team two. 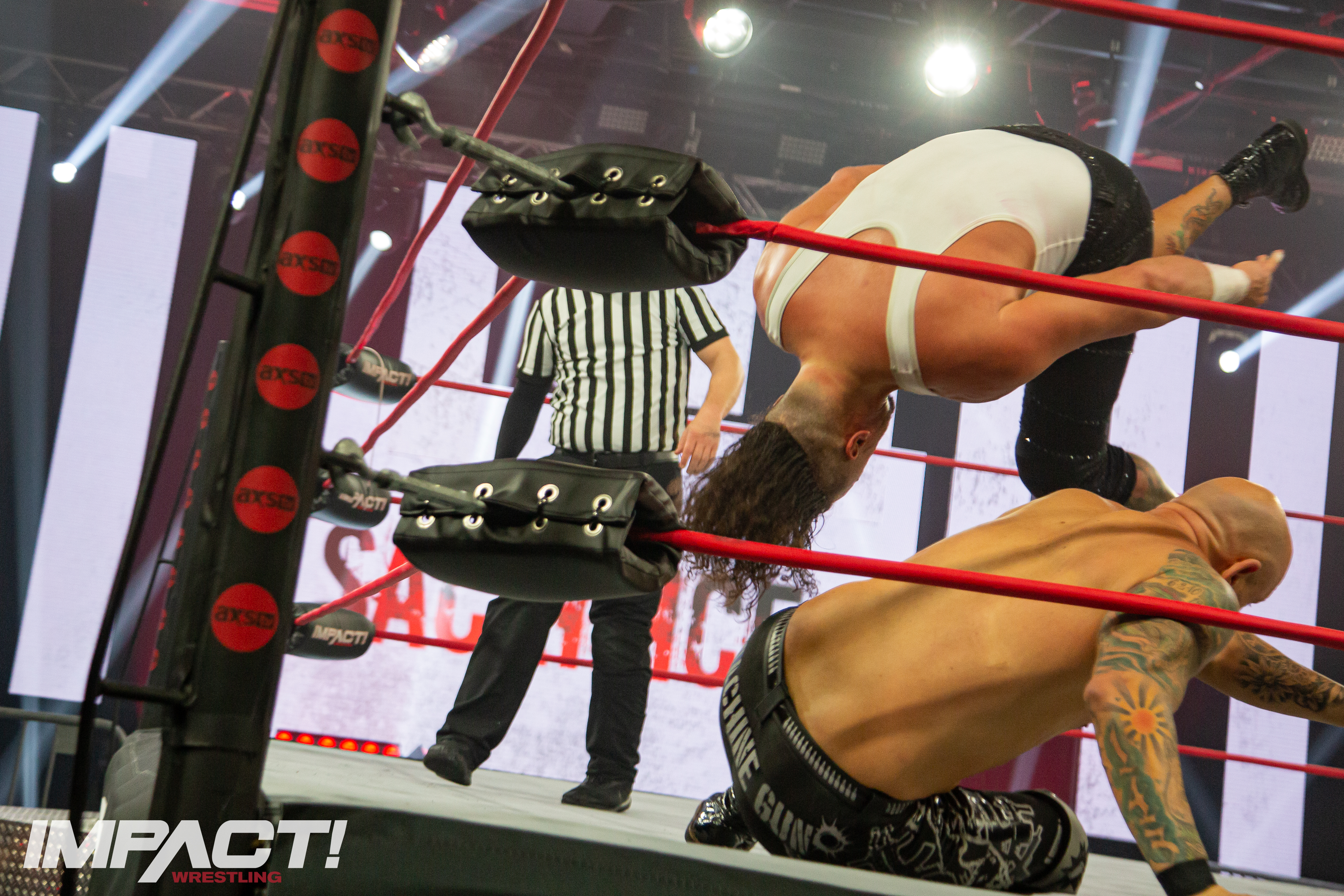 Robinson created distance for the cannonball, but Anderson would escape, bringing in Gallows to finish the job. A crushing roundhouse kick only led to a nearfall, but the Brothers would crush Robinson in the corner, with a back suplex and neckbreaker combination almost ending the match before Finlay made the save. 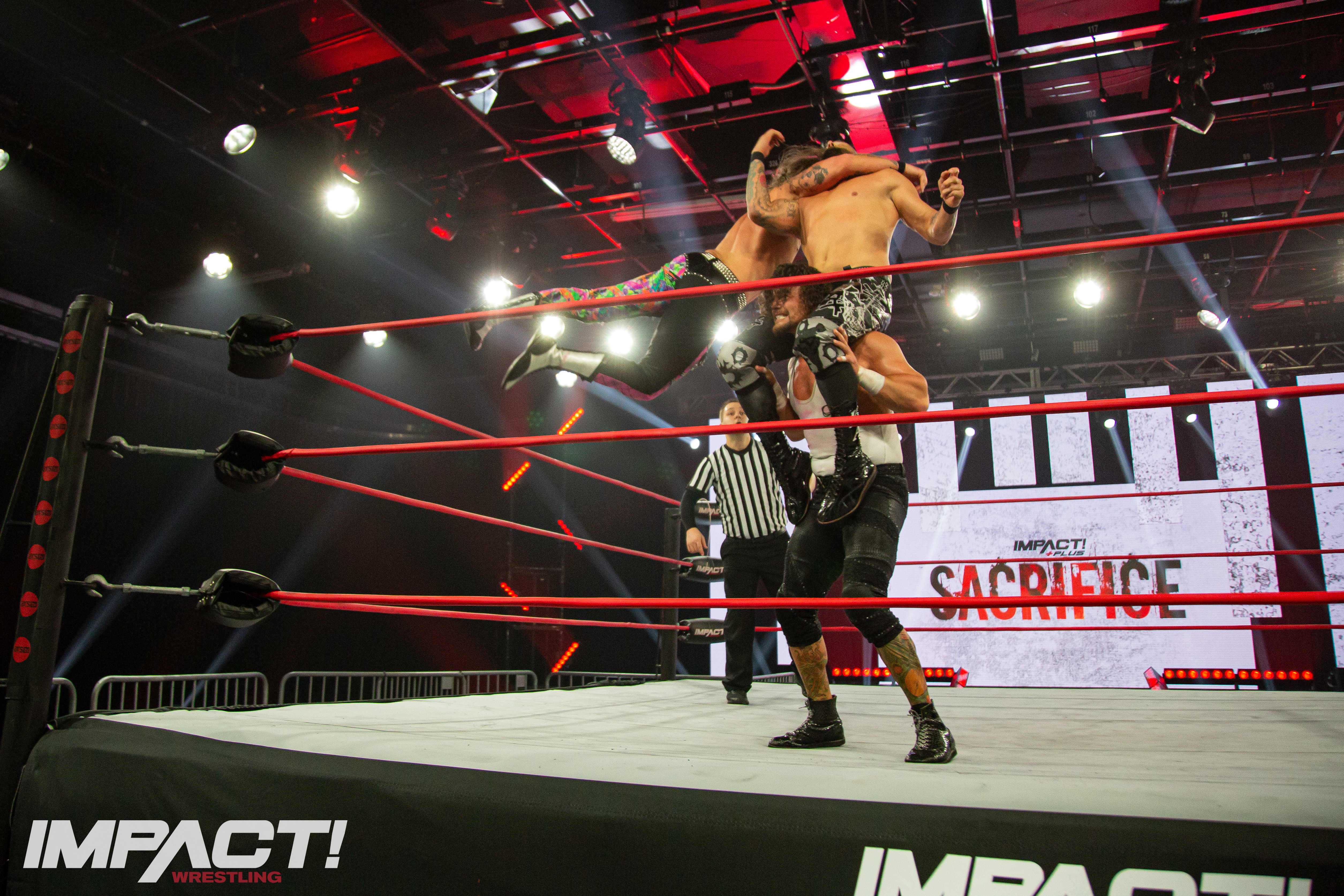 Finlay again would provide the assist to prevent a Magic Killer, and allow Robinson to rattle off a left hand to Gallows, but Juice would then eat an Anderson spinebuster. A follow up Gunstun would be countered into a backslide and then another left hand to bring in Finlay, and the challengers went for some double team classics. A Hart Foundation style elbow gave FinJuice two; moments later, the Doomsday Device would give them three.

David Finlay will hope to follow tag team success with singles victory as well, as he faces YOSHI-HASHI in round two of the New Japan Cup Monday. 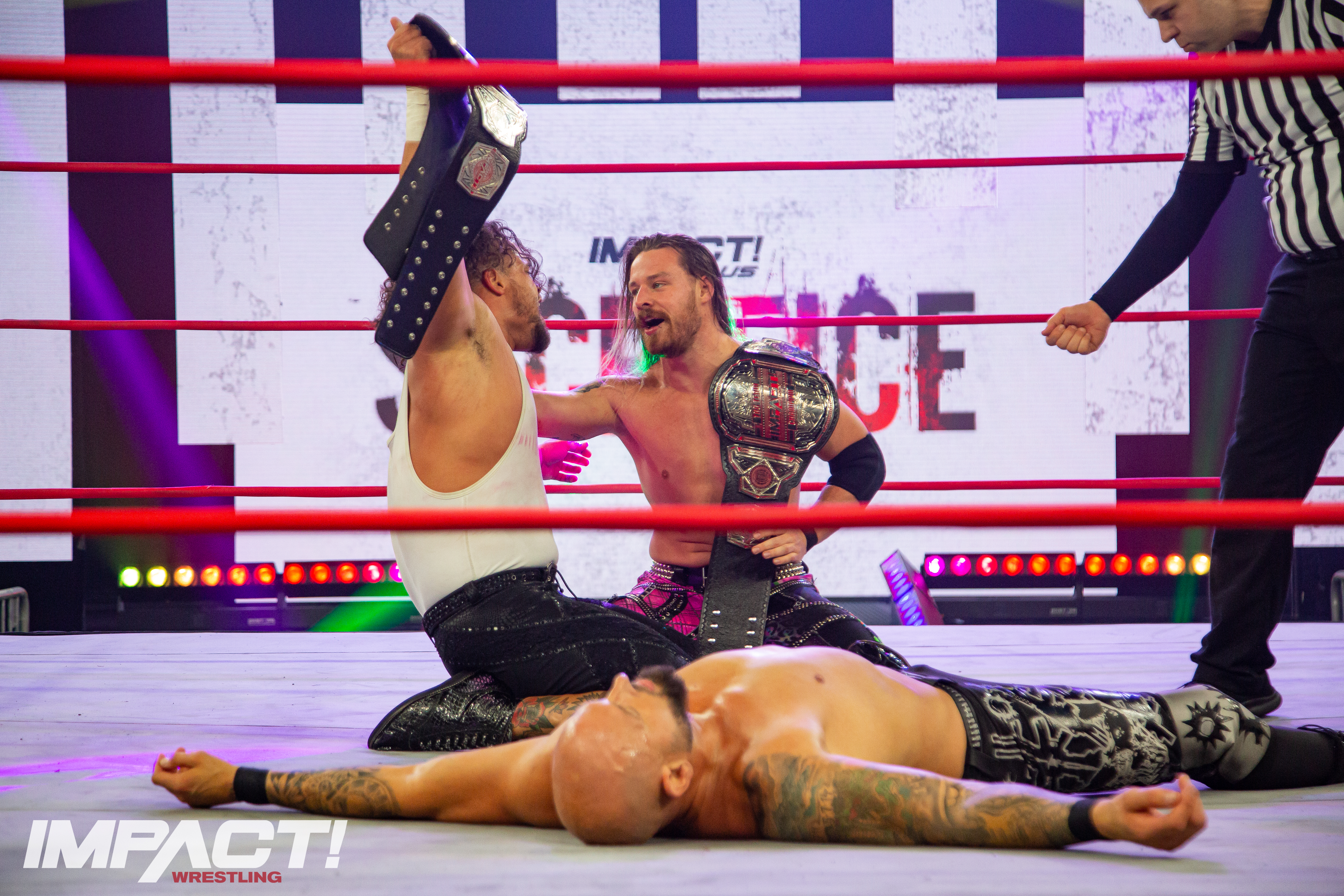 This match will be broadcast on NJPW World on a later date!