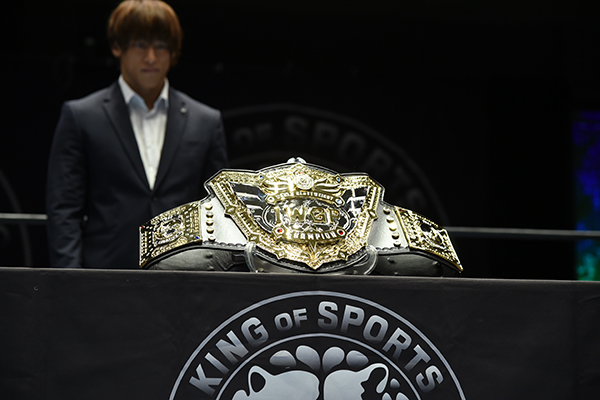 Tuesday, March 30 saw the IWGP World Heavyweight Championship revealed to a worldwide audience for the very first time. With a design that evokes every step of IWGP history, the new richest prize will be on the line Sunday at Sakura Genesis, as Kota Ibushi defends against New Japan Cup winner Will Ospreay.

The reveal ceremony saw each individual aspect of the new championship’s design explained. The key tenets behind the design are reflecting the history of both the IWGP Heavyweight and Intercontinental Championship, as well as taking flight in the world on the wings of Fighting Spirit. 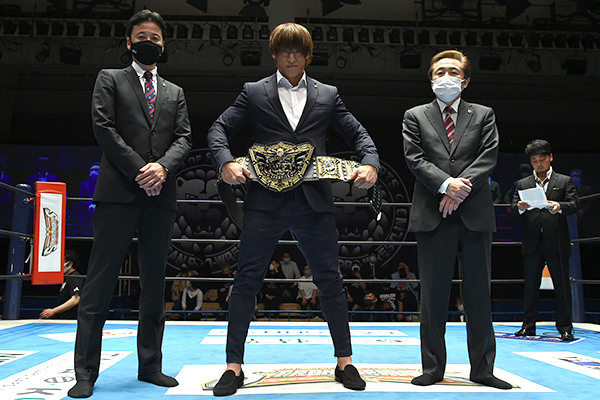 On the plate itself, we see a pair of wings which represent those on the third generation title belt, while the central Lion Mark brings to mind that on the fourth generation Heavyweight belt. Meanwhile, the title’s side plates evoke the IWGP Intercontinental Championship design.

Going into more detail on the center plate we see the concept of flight into the world at large. The Lion Mark in the upper center represents the sun above the Earth below. Flames emanating from the sun are those of the Fighting Spirit, which is also represented by a sword piercing the world below from top to bottom. Five gems around the central globe represent the continents, as well as NJPW’s five decades of history. Each gem is set in a fang like position, bringing to mind a lion gripping the world in its teeth, while wings emanating from the globe represent taking flight into the world. 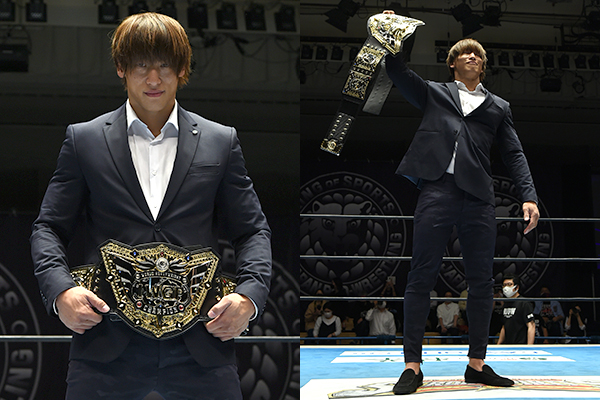 On receiving the brand new title, Ibushi stated that perhaps he ‘didn’t make (himself) understood when talking about combining the IWGP Heavyweight and Intercontinental Championships,’ but  that he had ‘deep love’ for both legacies and will now ‘carry them forward onto a new worldwide stage’.
Watch the IWGP World Heavyweight Championship defended live and in English on NJPW World!
NEXT：Kota Ibushi strike...