On Saturday April 10, NJPW will return to the Yokohama Budokan for the start of the Road to Wrestling Dontaku, with elimination tag team matches headlining what will be a stunning card.

Watch the Road to Dontaku LIVE and in English on demand with NJPW World! 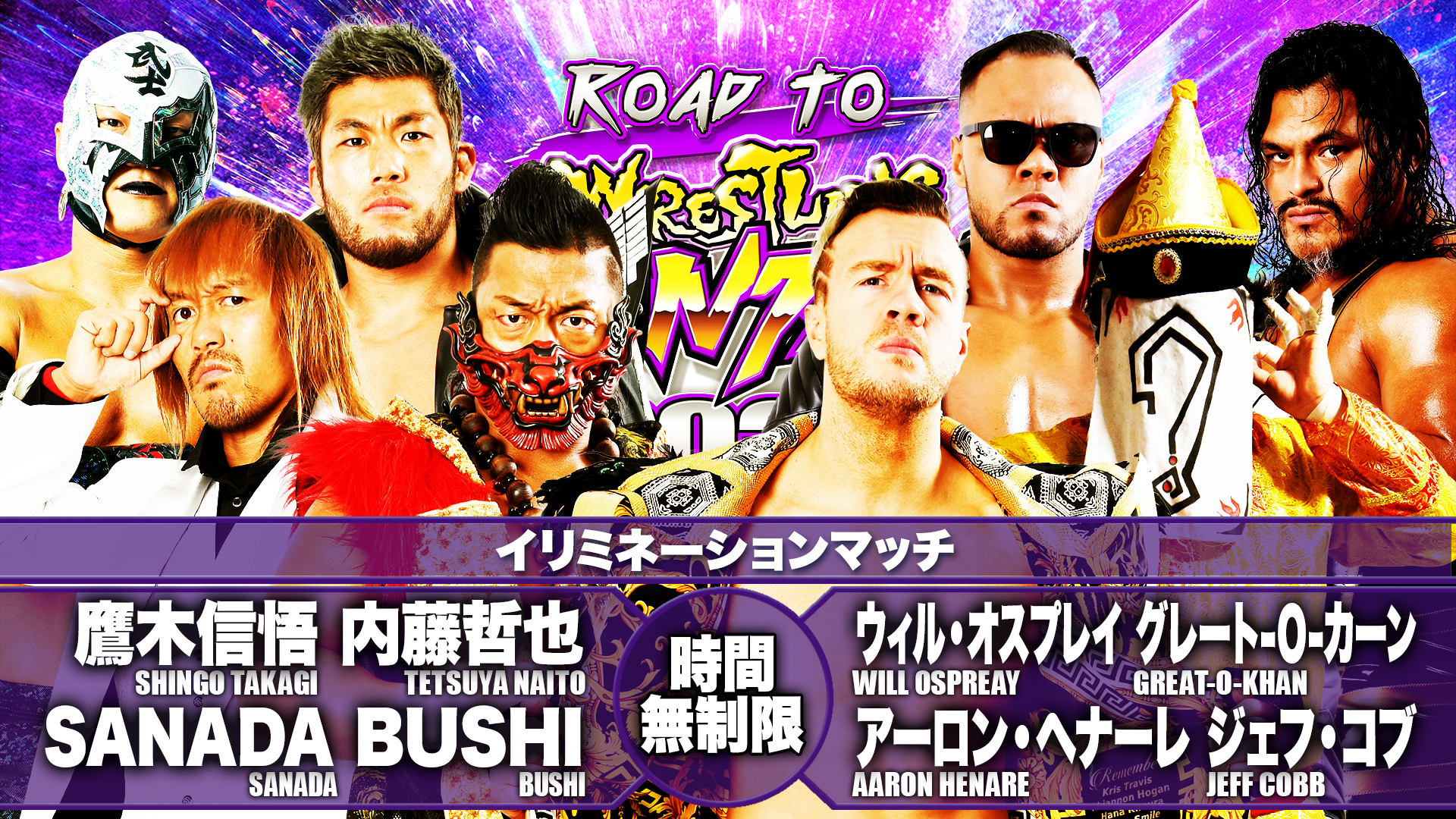 Headlining in Yokohama will be elimination tag warfare between the United Empire and Los Ingobernables De Japon. Sunday in Ryogoku, LIJ and United Empire were pit against one another in six man tag team action, with mystery member X being revealed as none other than Aaron Henare. With an incredible new found confidence and aggression, Henare picked up a statement win with the Streets of Rage, and indeed, NJPW’s newest faction appeared to grow instantly stronger.

That impression was redoubled when Will Ospreay shocked the world in the main event, pinning Kota Ibushi to lift the IWGP World Heavyweight Championship. Shingo Takagi was quick to interrupt Ospreay’s post match challenge to Kazuchika Okada, stating that he wanted the first shot at the gold. Now at Dontaku May 4, it will be Shingo versus Ospreay with Okada awaiting the winner at the Tokyo Dome May 29 at Wrestle Grand Slam. Tonight, the first step for Takagi on the road to his first heavyweight title challenge in NJPW.

Meanwhile SANADA and Naito will be especially hungry for revenge tonight. With SANADA taking the pinfall against Aaron Henare Sunday, and Naito brutally attacked by great-O-Khan with a steel chair post match, we are now headed to a pair of singles matches on April 26 to settle these issues. Who makes a bigger statement with their first steps on the road to Dontaku? 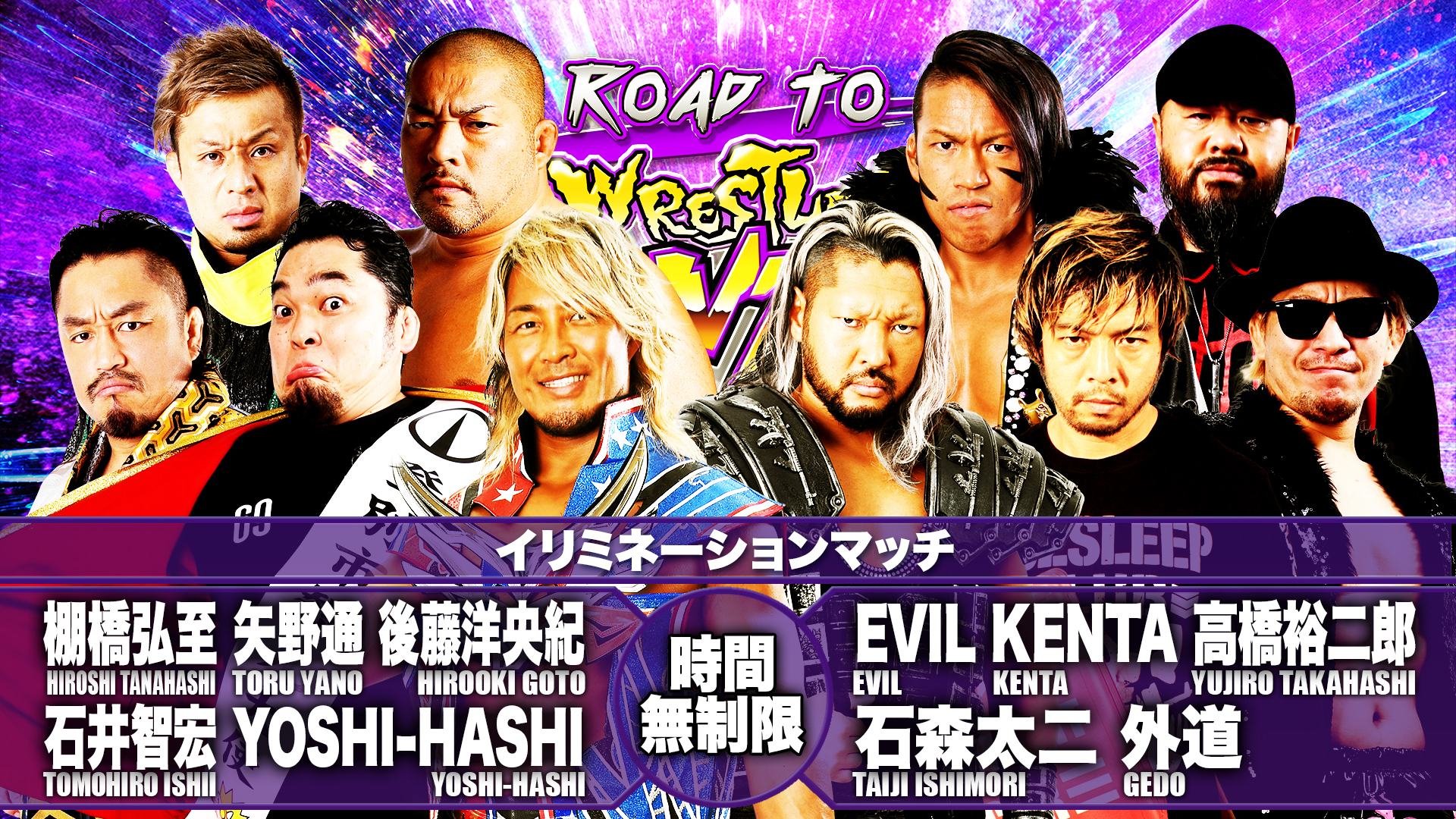 More intense issues and previews for major matches abound in the semi main event of the evening as Hiroshi Tanahashi joins a CHAOS majority side against BULLET CLUB. At Dontaku on May 4, Hiroshi Tanahashi will defend the NEVER Openweight Championship against Jay White, and this will see the two combatants meet for the first time on the official road to that encounter.

Meanwhile Satsuma no Kuni on April 28 will see Toru Yano face EVIL for the KOPW 2021 trophy. Will third man Dick Togo prove to be the 11th man in this elimination contest, or will Yano pull the wool (or hood) over his eyes and strike an early blow to EVIL?

With champions and challengers for April 20’s NEVER 6-Man Tag Team Championship contest also in the mix, this will be a wild elimination brawl! 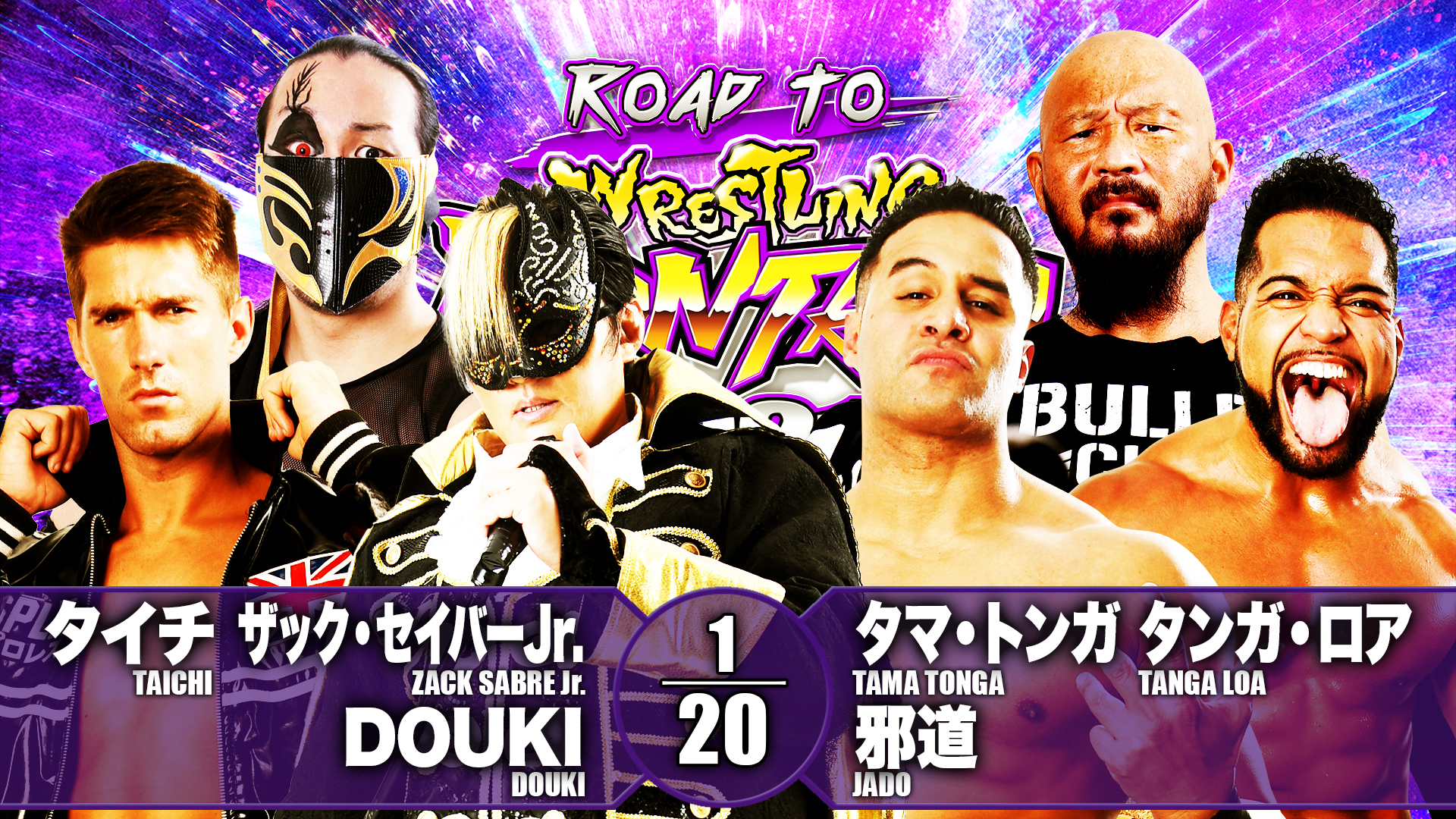 A rematch from the opening bout at Ryogoku is third on the billing in Yokohama as Suzuki-Gun and BULLET CLUB collide. At Sakura Genesis, Zack Sabre Jr. pinned Tanga Loa with a European Clutch, but the Guerrillas of Destiny weren’t willing to accept a challenge for the IWGP tag Team Championships. Rather Loa insists that ZSJ beat him one on one at Dontaku to earn his team a tag title shot. Meanwhile, Sunday night saw the Iron Fingers From Hell confiscated as Tama Tonga and Taichi can’t resolve their issues over the mysterious metal. At Dontaku May 3, this dispute will finally see an end point with the iron fingers suspended high above the ring for the second ladder match in NJPW history. In this bizarre and deeply personal feud, what steps will be taken next? 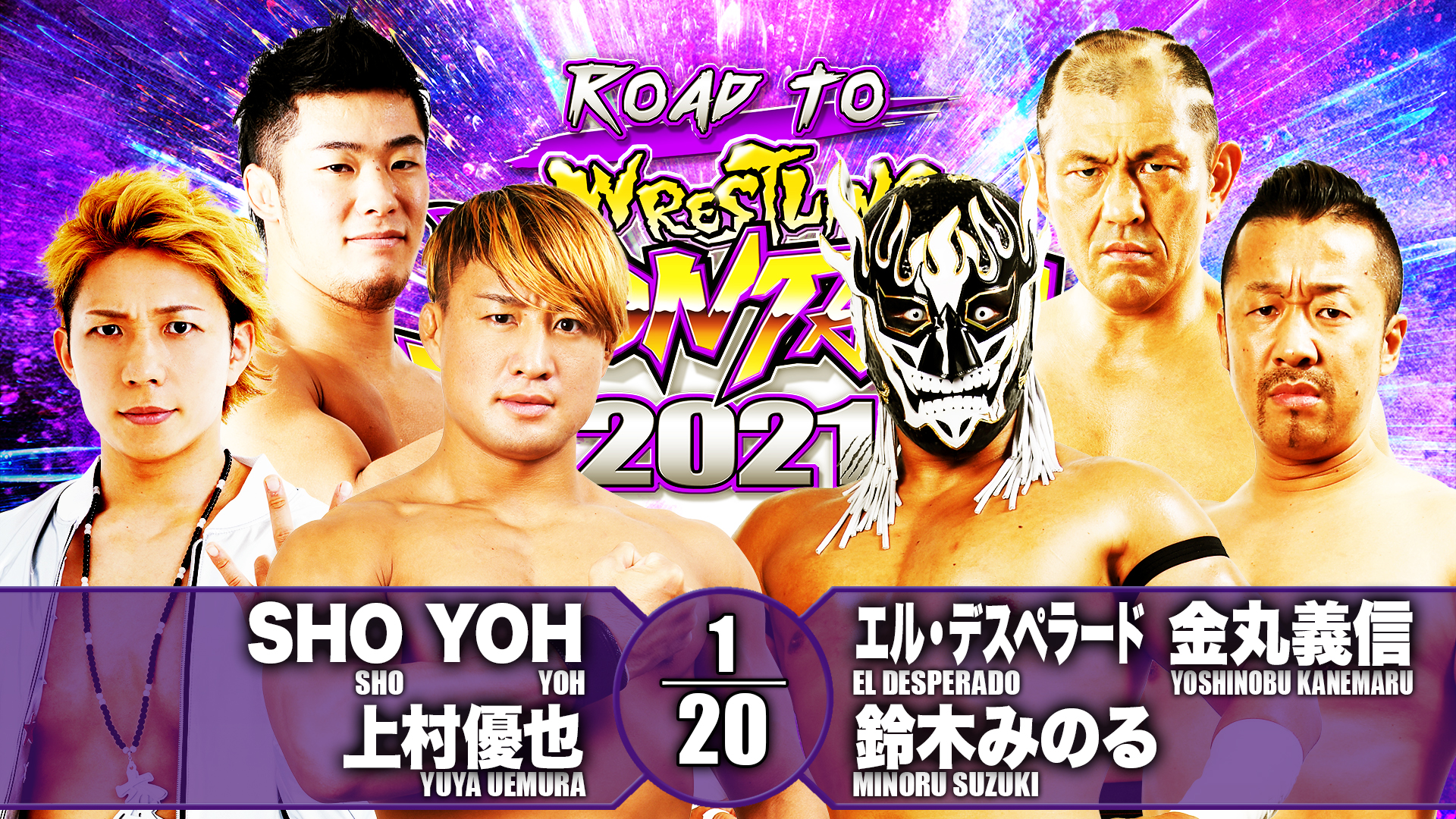 New IWGP junior Heavyweight Tag Team Champions Roppongi 3K hit the ring in the second match of the evening to take on former champs and next challengers in El Desperado and Yoshinobu Kanemaru. The new champs will have to put their freshly acquired titles on the line in a rematch at Satsuma no Kuni April 28, while YOH will challenge Desperado for singles gold at Dontaku May 3. How will the two teams react to one another tonight?

Plus Yuya Uemura continues to grant himself his death wish, once again clashing with Minoru Suzuki tonight. What punishment will the King have in store for the Young Lion in his home town of Yokohama? 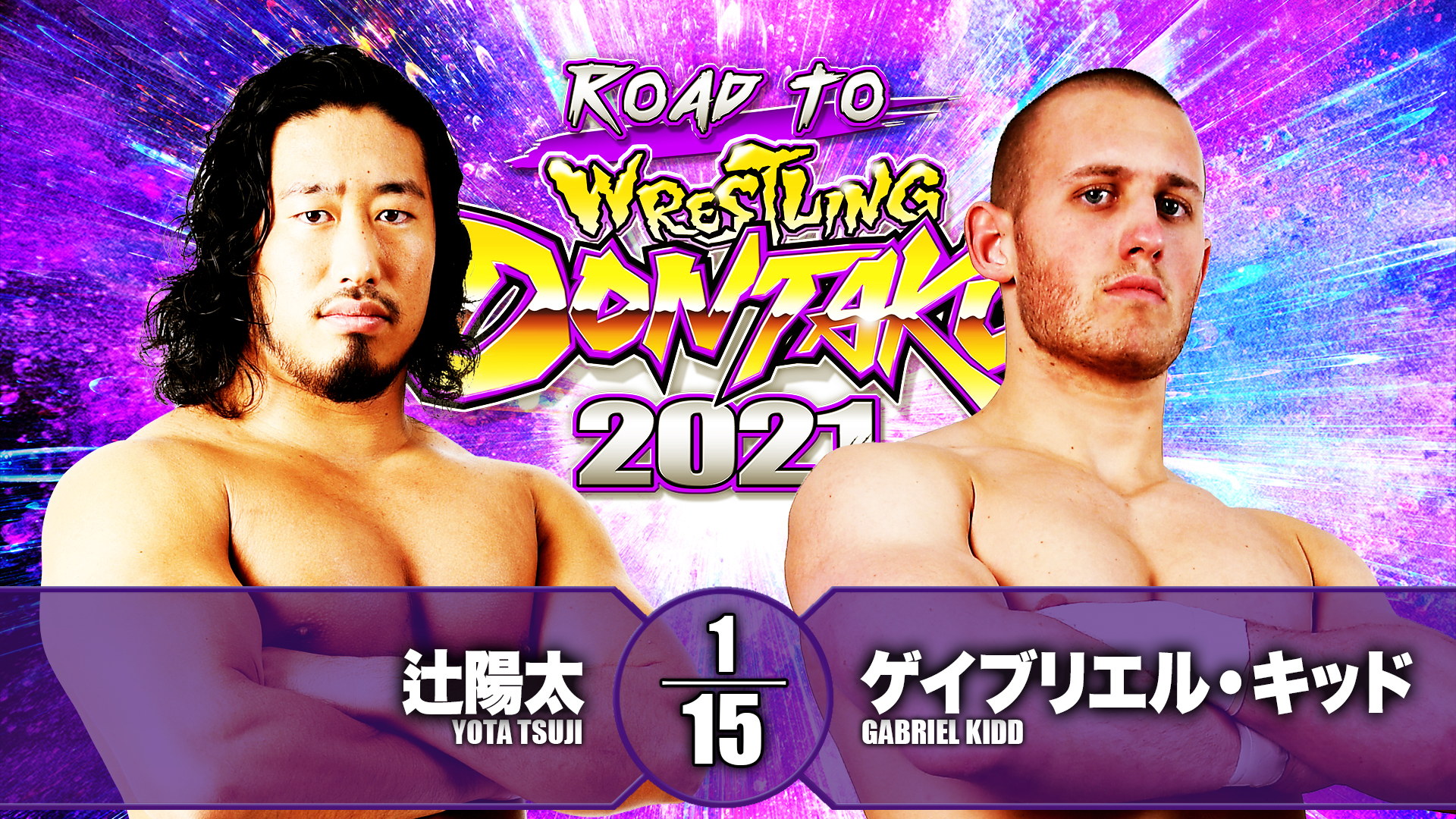 Starting the Road to Wrestling Dontaku is Young Lion singles action. Both Yota Tsuji and Gabriel Kidd battled gamely in the New Japan Cup, but fell to respective seniors Yuji Nagata and Zack Sabre Jr. Now back in action opposite one another can Kidd address a negative record against Tsuji, or, in front of a home town crowd, will Tsuji get the W?