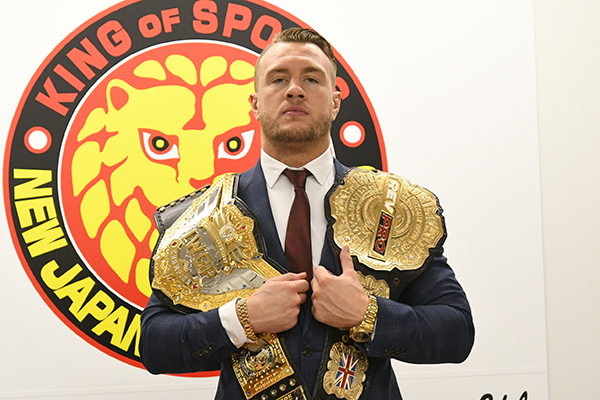 At a press conference on April 5 in Tokyo, Will Ospreay delivered his first comments to the world’s media as IWGP World Heavyweight Champion. Ospreay defeated Kota Ibushi Sunday at Sakura Genesis to lift the title, which he will first defend on May 4 at Wrestling Dontaku in Fukuoka against Shingo Takagi. 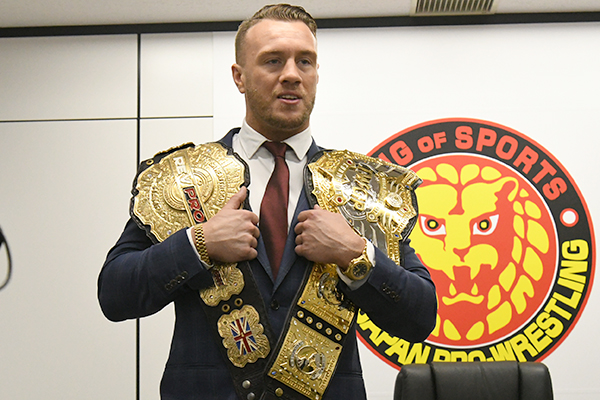 We’ve got a lot to talk about. There are six points that I’m going to hit. First point being, will I put in a request to separate this world championship and bring back the Heavyweight and Intercontinental Championships. My answer is no. It’s time to move on. That legacy is gone and I don’t care about it. I stand by that. It’s not about the championship, it’s the man that makes the championship and I plan to make this the most important championship in the world. 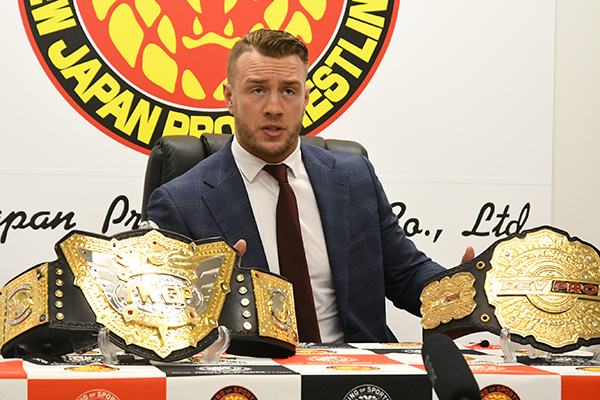 My second point is: what does the United Empire stand for and what are the limitations of the United Empire? This group was built on trust and loyalty to what we love, and that is NJPW. you are not going to find four harder working people than Jeff Cobb, Aaron Henare, Will Ospreay and Great-O-Khan. Myself especially; I moved my entire life from the United Kingdom to Japan. I know it’s a common thing for people to move between companies to make more money, but I can barely speak English, and I moved my arse to Japan. I bent over backwards for this company, but to get very little respect.

I’m very thankful I don’t need to rely on fan respect anymore. All I have to rely on is what happens when the bell rings. When the bell rings there is no-one better than me, no-one better than Jeff Cobb, Aaron Henare or Great-O-Khan. We are four men who have done a lot for New Japan and now it is the time for us to take our place at the top of the mountain. We haven’t been established a year, and yet I hold the top prize in this company.

Limitation wise, there are a lot of things that I want to do to grow the United Empire. There are a lot of guys that I want to bring in, but there’s another thing I want to do. When I moved to Japan I formed a strong relationship with STARDOM. I helped train one of their champions at the time, Hoshiki Arisa; I’m a great friend of hers and that roster of girls. I want to form a joshi division of the United Empire and shine a light on women’s wrestling as well. STARDOM has the greatest women wrestlers in the world, and I want to do what i can to help them out. 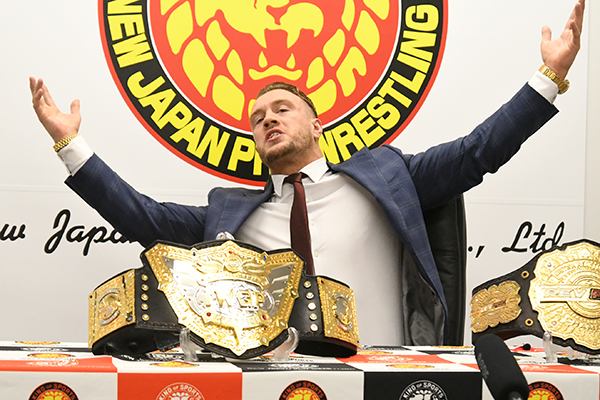 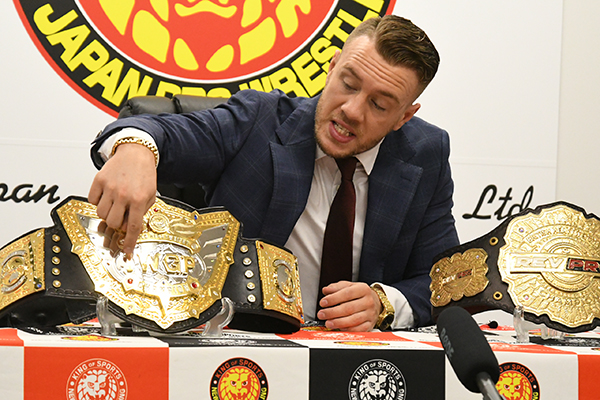 Before I was champion, a man who sparked a whole lot of interest in pro-wrestling, CM Punk said he’d like to face Will Ospreay. Now I have the biggest prize in pro-wrestling, so if you really want to prove you were the best in the world and not the best of a bad bunch, come over here and try and take this. 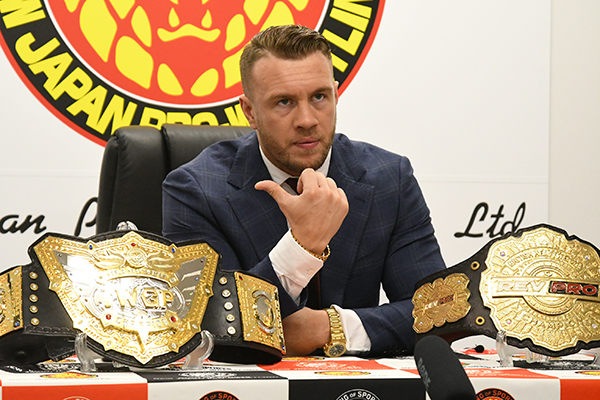 So now, let’s move onto Shingo. Shingo Takagi sticking his dragon nose where he doesn’t belong. First time I saw him last night I thought ‘get out of here you slag! I’ve beaten you twice already!’ However, he does have a point. I wanted Okada, but Shingo is right; he defeated Okada, so if Okada’s the one to challenge than Shingo should be the first challenger. Now I have a point to make here. A lot of people in my position will want to back off, relax, have some drinks. But I’m not going to do that. I’m going to be a fighting champion, and rub in everybody’s face that you can’t stop me and you aren’t on my level. So Shingo Takagi, I look forward to seeing you in Fukuoka, to being my first defence for the IWGP World Heavyweight Championship. I won’t slay a dragon twice, but three times, and it will be oh, so sweet. Just like I said to Ibushi, I will do whatever it takes to keep this. 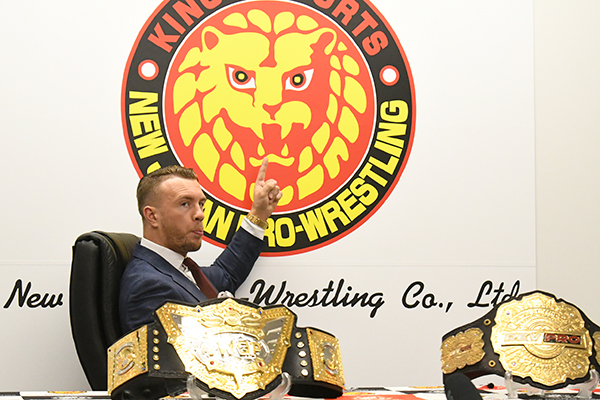 Final point: the story is not complete. We all know this. This (championship) is everything I ever dreamed of. When I was working on construction sites and everybody said I wouldn’t make it as a wrestler, this is a huge middle finger to them. Every wrestler in the world know’s what the four letters on this belt means, that it is the number one championship. Every wrestler you ever meet will want this championship and I’m fully aware of the responsibility I have to put this title on my shoulder and make it even greater than the heavyweight championship it was before.

Okada is a key example. he made that old IWGP heavyweight Championship. Every time I think of that title I think of Okada. Now I hold that responsibility. But he did stop me at the Tokyo Dome. I can admit when I lose. He bested me, but he should have killed me when I had the chance, because now I am back for revenge, with the ultimate prize. So after I am done with Shingo Takagi, there is no better place to avenge that loss than at the Tokyo Dome. Get your arse healthy, get repaired, get sorted, because I want no excuses. I have every excuse with an injured shoulder, broken nose, and I am still IWGP World Heavyweight Champion and still will be. Okada, it is time for me to take my throne. You are not New Japan Pro-Wrestling, Will Ospreay is.

I will show every single one of you why I am who I say I am. On another level. The best in the world.