Final to be determined Friday night 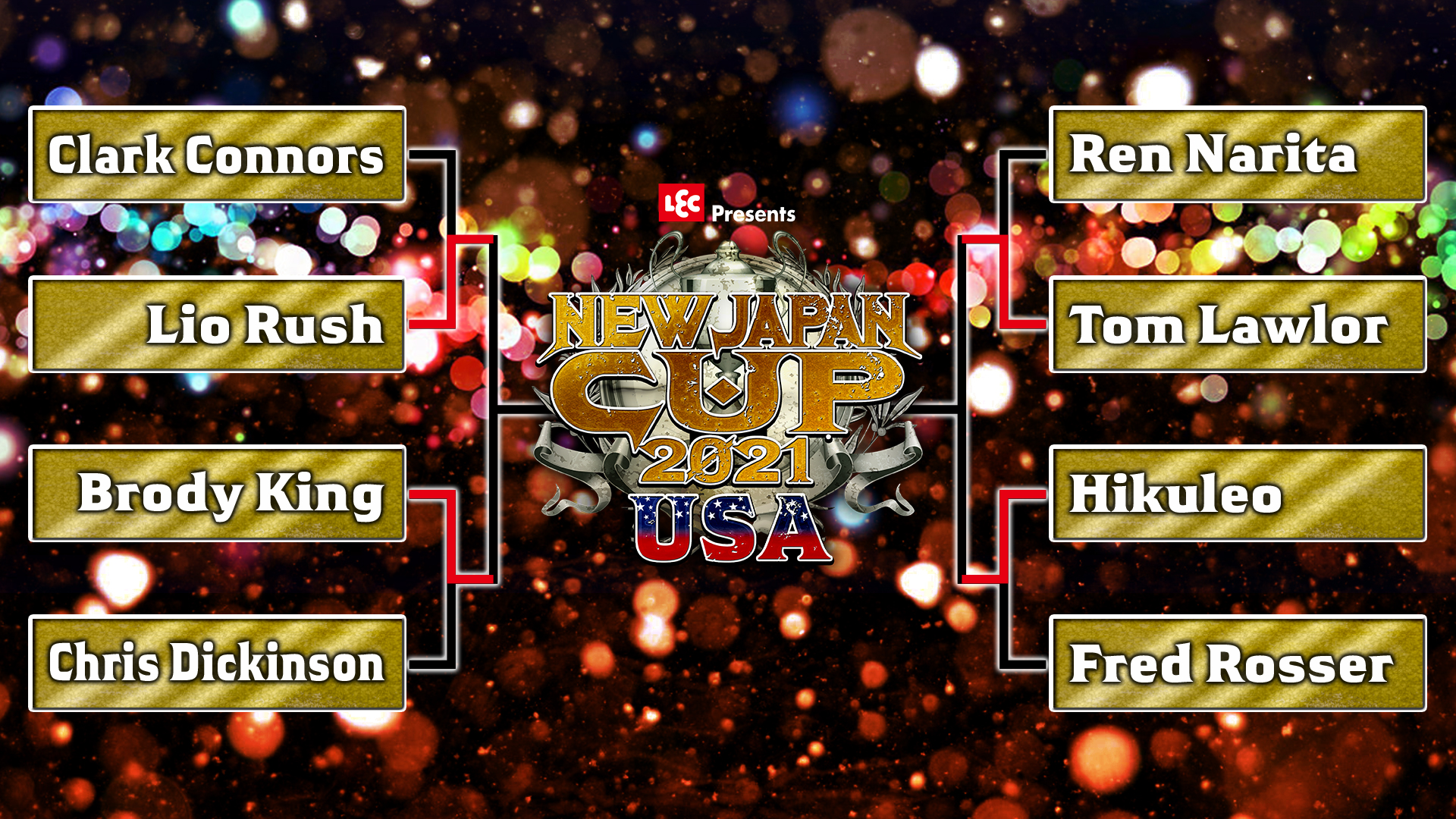 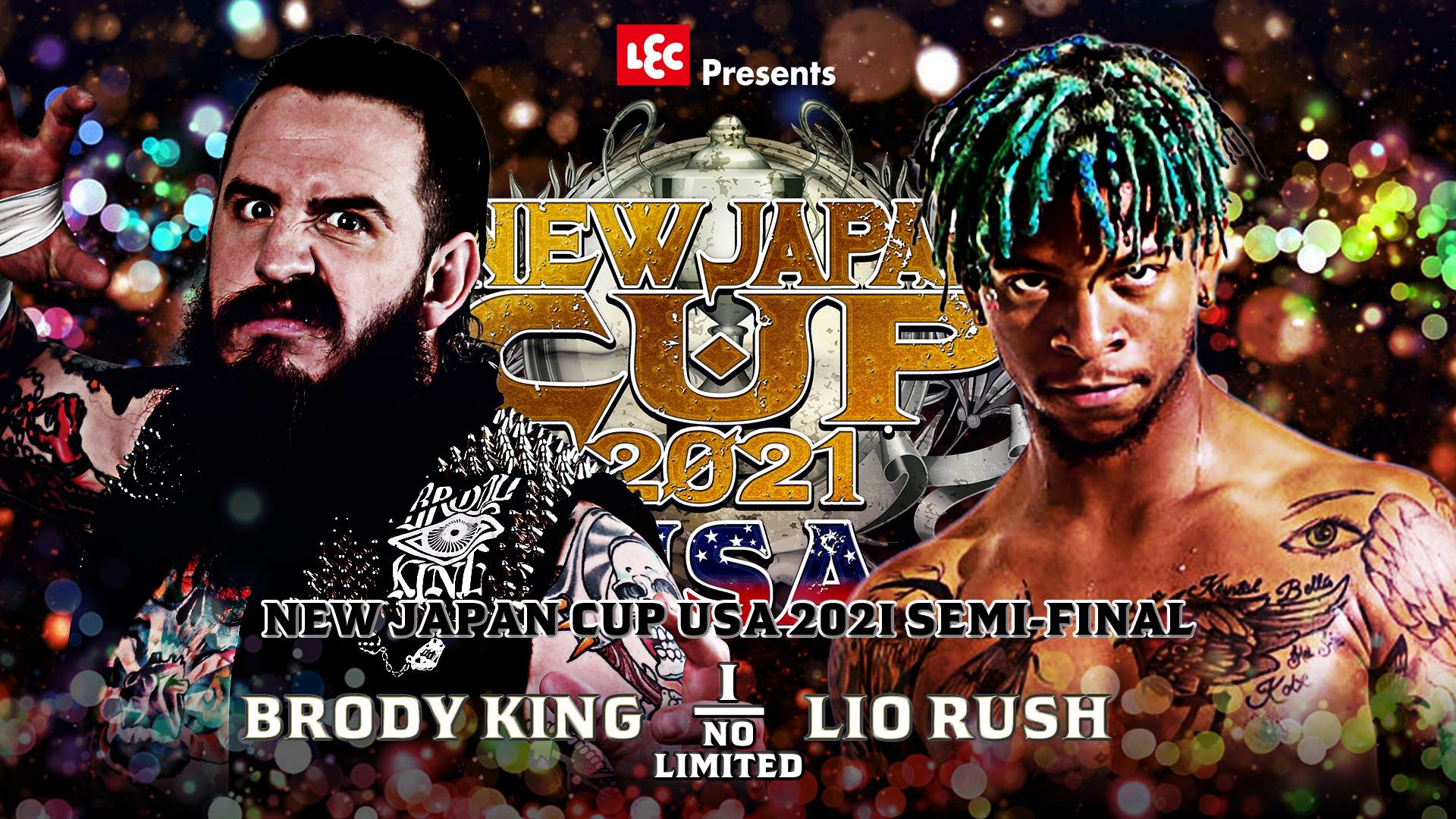 The prize awaiting the winner of New Japan Cup USA 2021 is the right to be called the first ever STRONG Openweight Champion. The key word is ‘openweight’, making this year’s tournament an openweight one, and leading to this, the match with the biggest size discrepancy we’ve yet to see on NJPW STRONG. Lio Rush is no stranger to stacked odds however, and there is no doubt that the Man of the Hour will be relishing this situation against Big Bad Brody King.

The first round of the tournament saw Rush use a combination of his amateur roots and high flying expertise to overcome Clark Connors in a spectacular first round matchup. Here he will need to bring nominative determinism to the ring, and outquick the giant King, who heads into the semifinals confident but damaged from a war with Chris Dickinson. In the end a lariat rocked the Dirty Daddy out of the cup last week; should the same move find the neck of Rush, it will be game over for Lio. 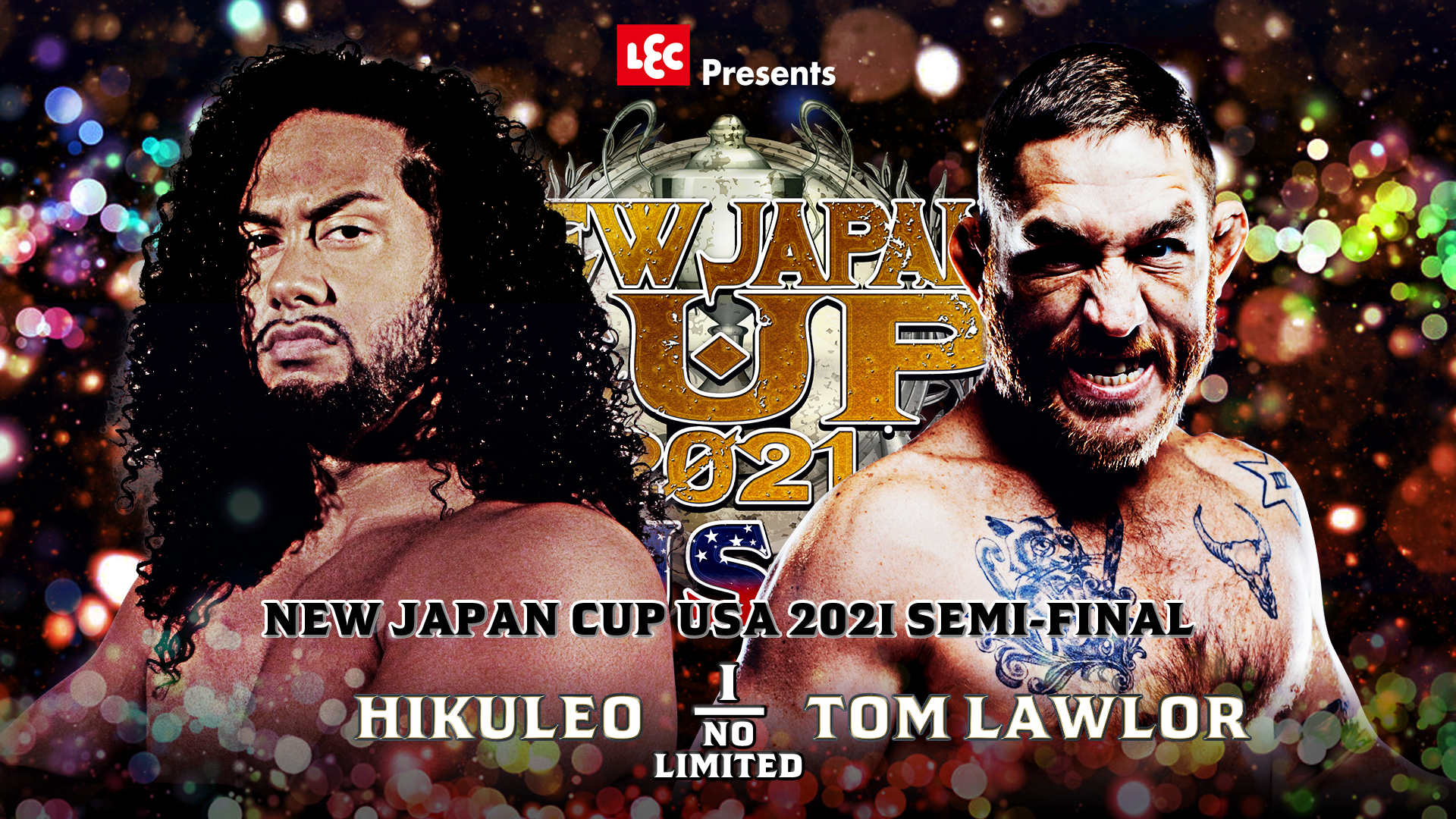 Friday’s other semifinal will see BULLET CLUB’s Young Gun Hikuleo square off against the Team Filthy leader Tom Lawlor. Friday night saw Hikuleo book his place in the semifinals with a violent and dominant victory over rival Fred Rosser, brutality being a theme in and out of the ring. Yet Lawlor was equally vicious in a hard fought victory over Ren Narita, bloodying the young man before connecting with a PK that seemed a disrespectful nod to Narita’s coach Katsuyori Shibata before sinking in a rear naked choke.

Hikuleo will have the distinct size advantage, as he does over most, if not every man on the NJPW roster, but if anybody is capable of cutting his competition down to size on the mat, it’s Lawlor. Who advances? 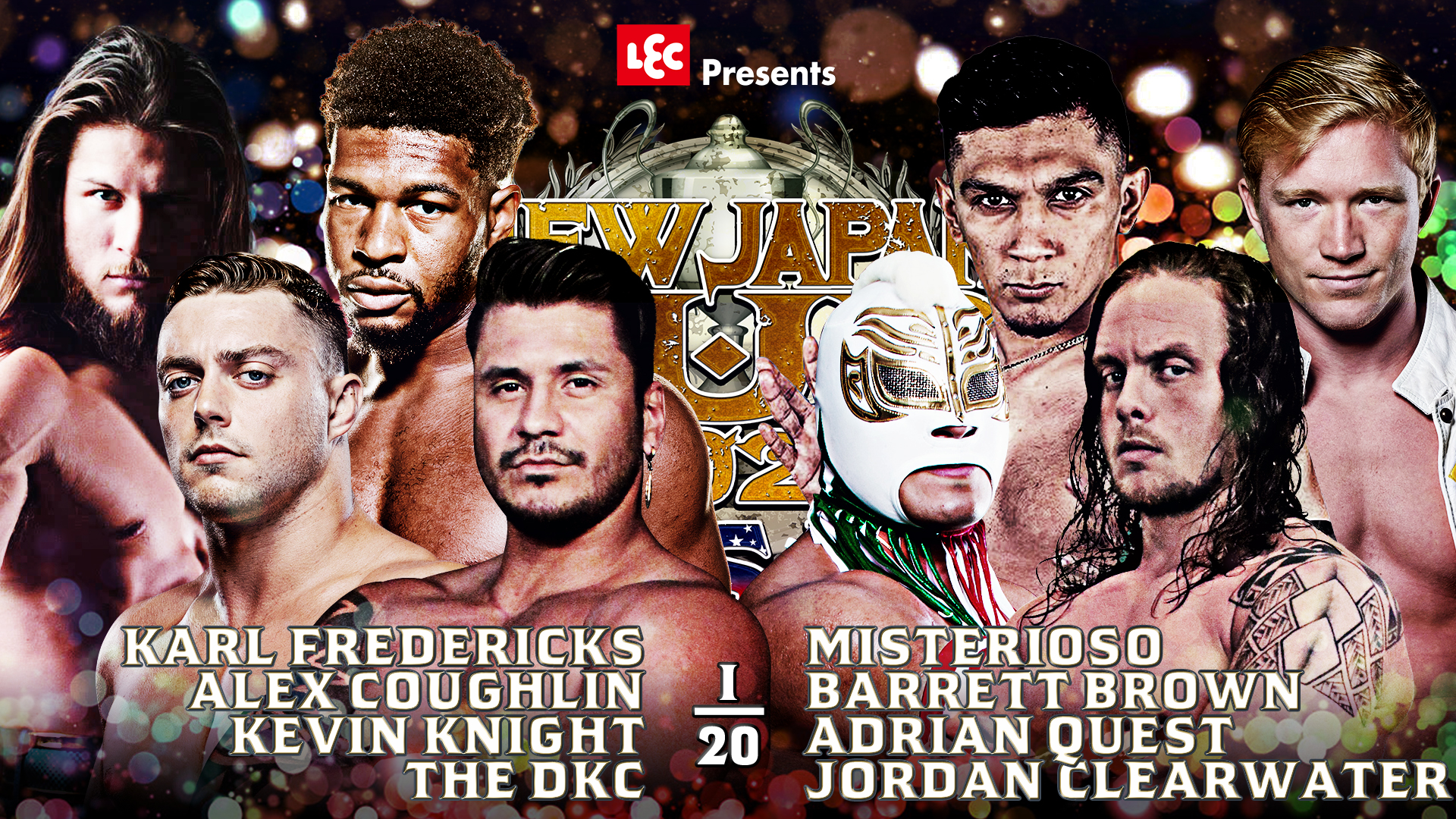 Kicking off the action tonight, Karl Fredericks will lead a team of LA Dojo representatives against Misterioso, Barrett Brown, Adrian Quest and Jordan Clearwater. The DKC and Kevin Knight in particular are just starting their journey in the LA Dojo and the wrestling world at large, giving their opponents a distinct experience edge.

Yet egos might be an issue in the team. With wins proving hard to come by, especially for Brown, frustration has come to the surface in his matches, as has a lack of communication with Adrian Quest, as Brown has repeatedly attempted to steal the spotlight in his matches at the expense of results. Will that play a part in our opener Friday?