Rules proposed for EVIL vs Toru Yano and KOPW 2021! 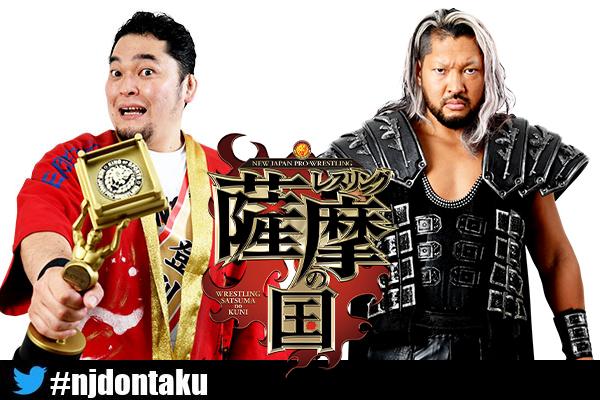 On April 28 on night one of Wrestling Satsuma no Kuni, EVIL will challenge Toru Yano for Yano’s KOPW 2021 status. As is the case with KOPW defences, both participants in the match have brought their choice of stipulations, and with this feud surrounding darkness, two unique rulesets have been proposed.

The issue between these two men stems from New Japan Cup, when Dick Togo turned off the lights in Korakuen Hall to allow EVIL to surprise Yano and score the win. At Sakura Genesis, Yano repaid the favour by putting a blindfold on Togo and rolling him up to secure victory.

Now Yano has proposed a ‘Creation of Darkness Blindfold Match’. Distinct from a ‘traditional’ blindfold match, this bout will start with four blindfold hoods on each of the four ringposts around the ring. A competitor is only able to defeat their opponent if they can blindfold them first. Should a hood be secured on an opponent, usual rules apply to pinfalls, submissions, knock outs and countouts.

EVIL has his own dark twist, proposing the first ever Darkness Match. In this ruleset, the first three minutes of the match will see the lights turned on and off at thirty second intervals. From the three minute mark onward, there will be thirty seconds of darkness every three minutes until a decision is rendered.

Vote for your choice of rules now!