A new champion is crowned on NJPW STRONG Friday

After an intense eight man single elimination tournament, Friday night on NJPW STRONG we will finally see a New Japan Cup USA 2021 winner, and with it, the first ever STRONG Openweight Champion determined. Who makes history this week? 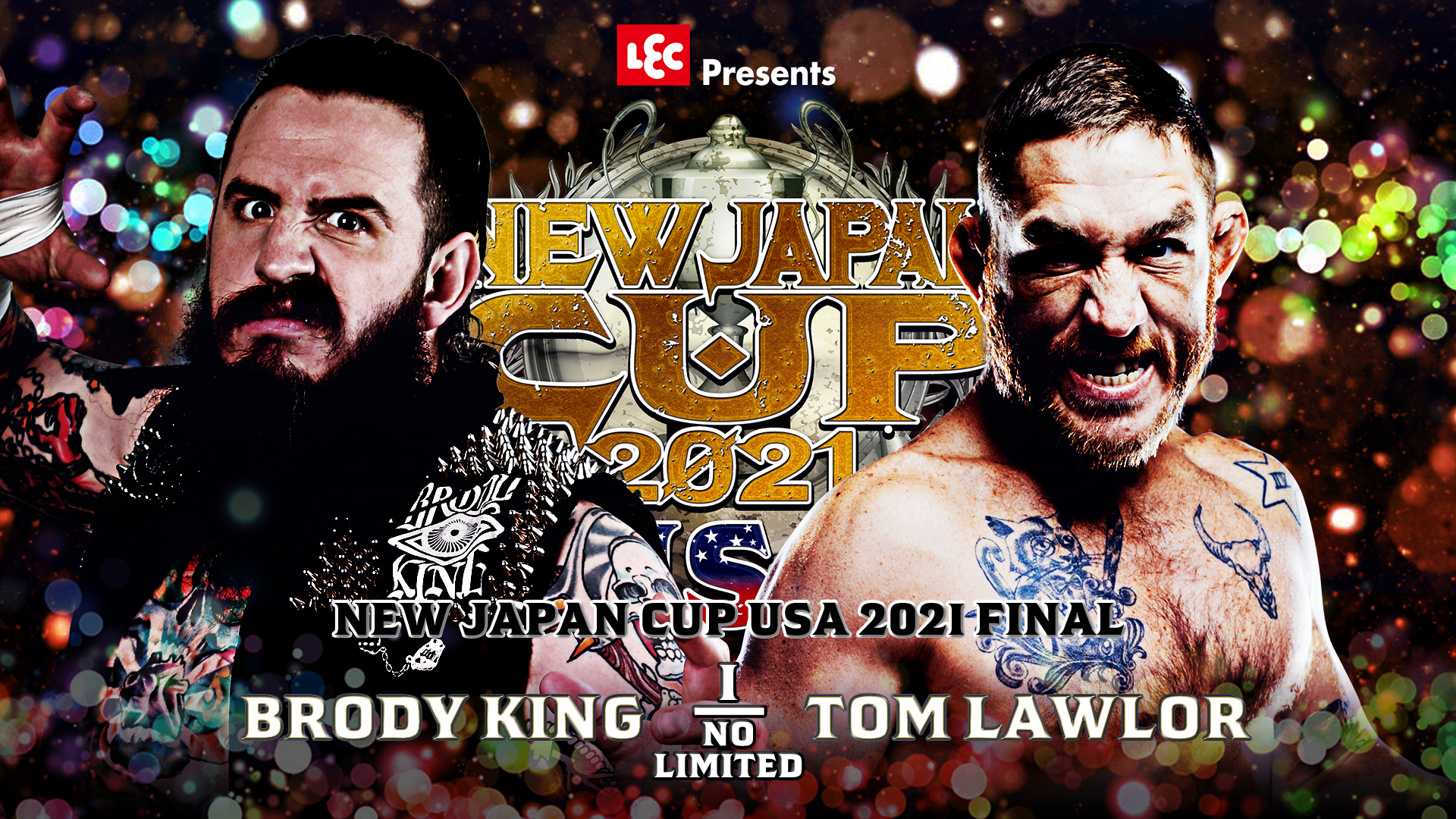 The only entrant in this year’s US cup with prior tournament experience, King has shown a world of improvement since his first round exit in 2020. With a confident swagger backed up by vicious brutality, King managed to level Chris Dickinson with a lariat in round one, before effectively countering Lio Rush’s speed with power and a crunching Gonso Bomb to make the finals.

There, he’ll have a distinct size and power advantage over his opponent Tom Lawlor, but the Filthy one will contend this poses him no problems at all. Having gotten past the largest man in the tournament, Hikuleo in the semifinals, Lawlor built on a convincing submission victory over Ren Narita in round one with a performance that showed just how resourceful he can be.

With King being a factor in NJPW STRONG since its debut episode, and Lawlor being involved in precursor Lion’s Break Collision last July, both these men have come to represent NJPW STRONG arguably more than any other competitor in the Friday night broadcast’s brief history. Valid arguments could be made for either one to represent NJPW STRONG as its first ever Openweight Champion, but will this be a title marked with violence, or the filthiest of fights? 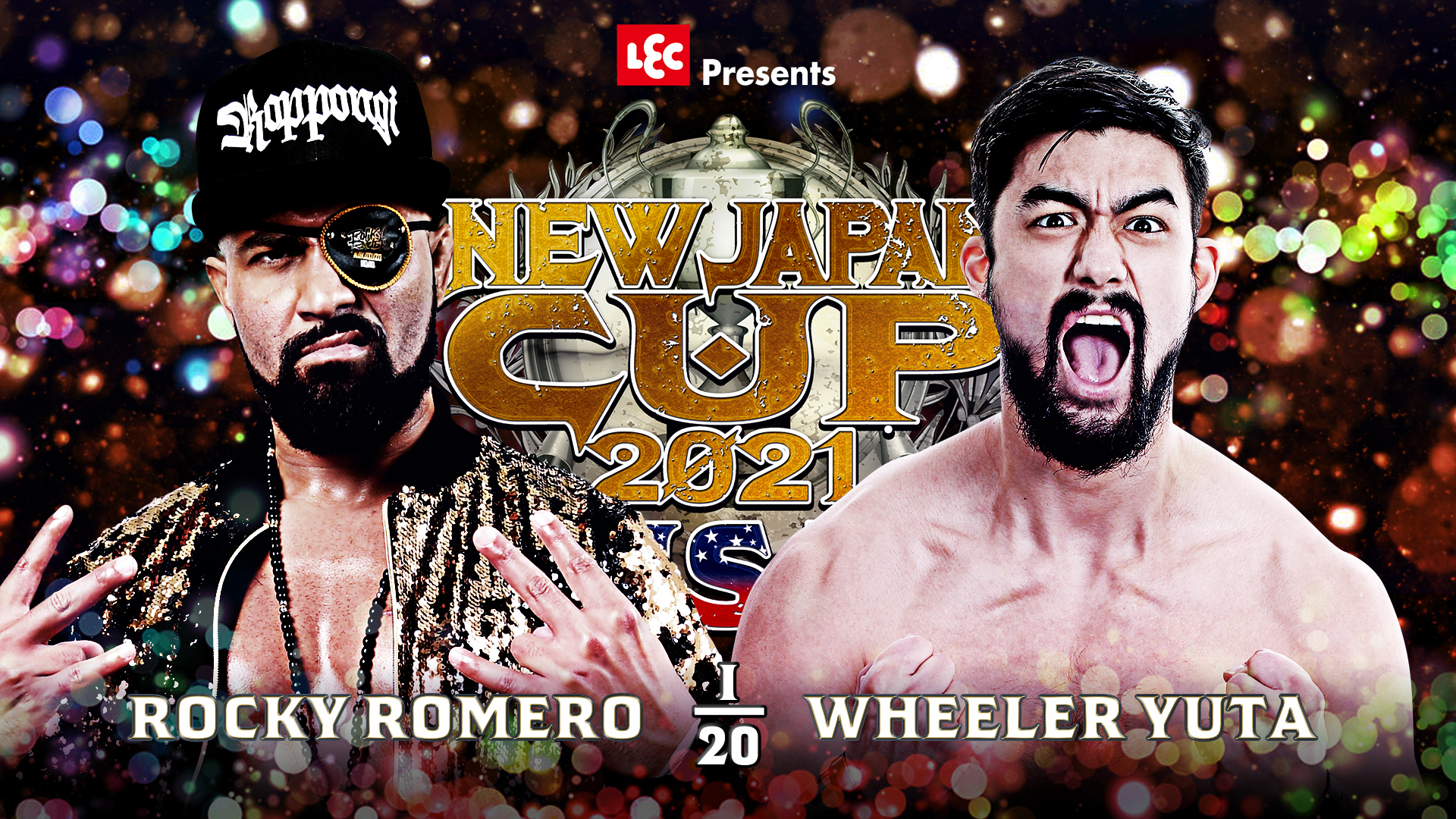 The second match of the evening will see the NJPW of Wheeler Yuta as he takes on Rocky Romero. A rising star in the independent scene, Yuta has made a mark in Michinoku Pro-Wrestling in japan, and WXW in Germany, before competing more recently in ROH. There, he was a part of the promotion’s Pure Wrestling tournament, and has been a part of their Pure division since. A highly capable grappler with skill that belies his young age, Yuta is now looking to get results in an NJPW STRONG ring, but Rocky Romero is keeping the gate Yuta desires to break through. 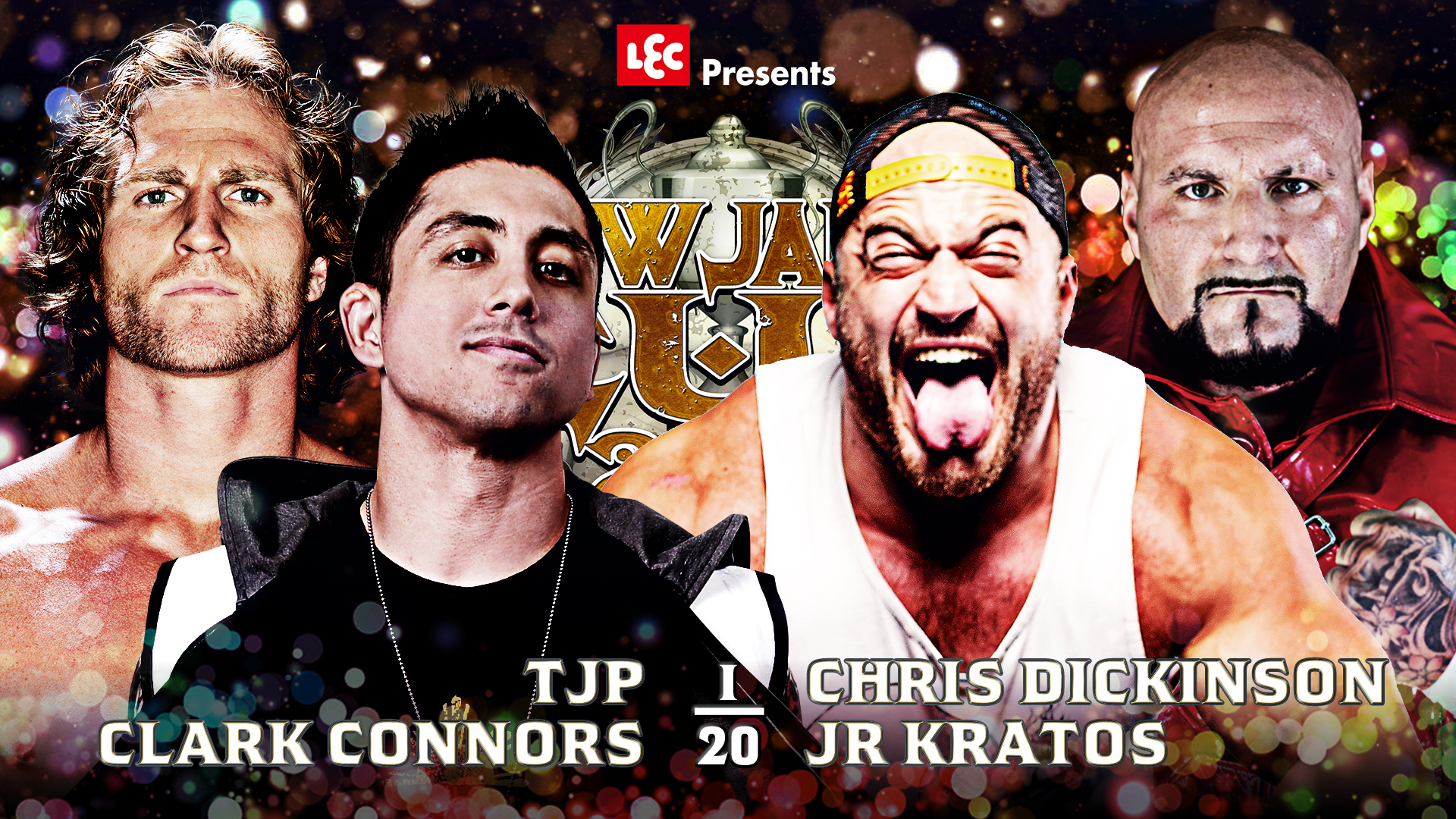 Tag team action will kick us off this week on STRONG, but while both these teams are established combinations, it may well be that internal tensions on both sides will be what drives the narrative when Friday night kicks off.

TJP and Clark Connors have been a combination stretching back to 2019. The Fil-Am Flash took then LA Dojo trainee Connors under his wing back then, and a senpai kohai relationship saw Connors blossom as an in-ring talent. Yet when it came down to qualifying matches for New Japan Cup USA during the Strong Style Evolved series, Connors bucked that order. With a pinning combination, he pinned his veteran partner, and TJP was less than happy about student defeating teacher.

Tonight the two reunite and will have hopefully put issues behind them as they face a powerhouse tag team of Chris Dickinson and JR Kratos. Speculation has surrounded Dickinson for several weeks after an alliance was formed with Brody King on ROH. This drew the ire of Tom Lawlor, who pit Dickinson in a test of loyalty when Team Filthy faced King and the Riegel Twins. When Dickinson refused to snap Sterling Riegel’s arm, JR Kratos obliged instead, and the Dirty Daddy was left asking some difficult questions of himself and the company he was keeping. Will Team Filthy be operating like a ‘fight dream’ once again? If so, it’ll be a nightmare for TJP and Connors tonight.