Future tag challenges on the line May 3 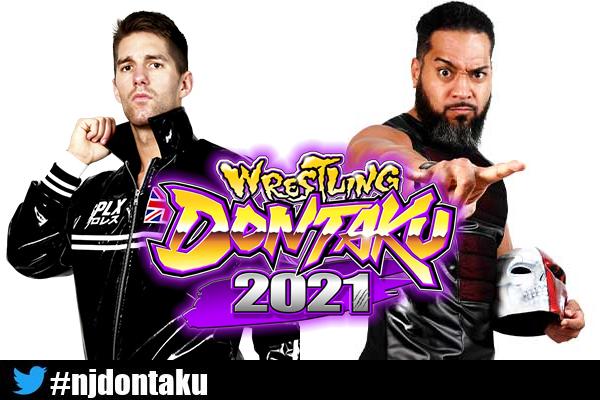 May 3 sees night one of Wrestling Dontaku and a pair of singles matches between the members of Dangerous Tekkers and the Guerrillas of Destiny. Tama Tonga and Taichi will face off in the second ladder match in NJPW history with the Iron Fingers From Hell hanging in the balance; one or the other will take the cursed fingers and earn the right to forever cast them away. Yet Zack Sabre Jr.’s singles bout with Tanga Loa will also have consequences at play.

After ZSJ pinned Tanga Loa at Sakura Genesis on April 4, Loa stated that Sabre would be unable to challenge he and Tama Tonga for the IWGP Tag Team Championships again unless Sabre could defeat him one on one. Last night at Korakuen, Loa again raised the stakes, and an official stipulation has been set.

Should Zack Sabre Jr. defeat Tanga Loa in Fukuoka, Dangerous Tekkers will be granted a future tag team title opportunity against the Guerrillas of Destiny. However, if Loa should win this match, Dangerous Tekkers can never again challenge for the IWGP Tag Team Championships.

With the very future of the Dangerous Tekkers tag team at stake, what will happen on May 3? Find out live on NJPW World!