We are well on the road to Wrestling Dontaku on May 3 and 4. The spring tour coincides with Golden Week, a stretch of holidays in Japan that traditionally sees scores of fans from across the country come to see the matches. While 2021 still sees pandemic restricted audiences, fans in the past completely packed arenas to witness matches and moments like the following: 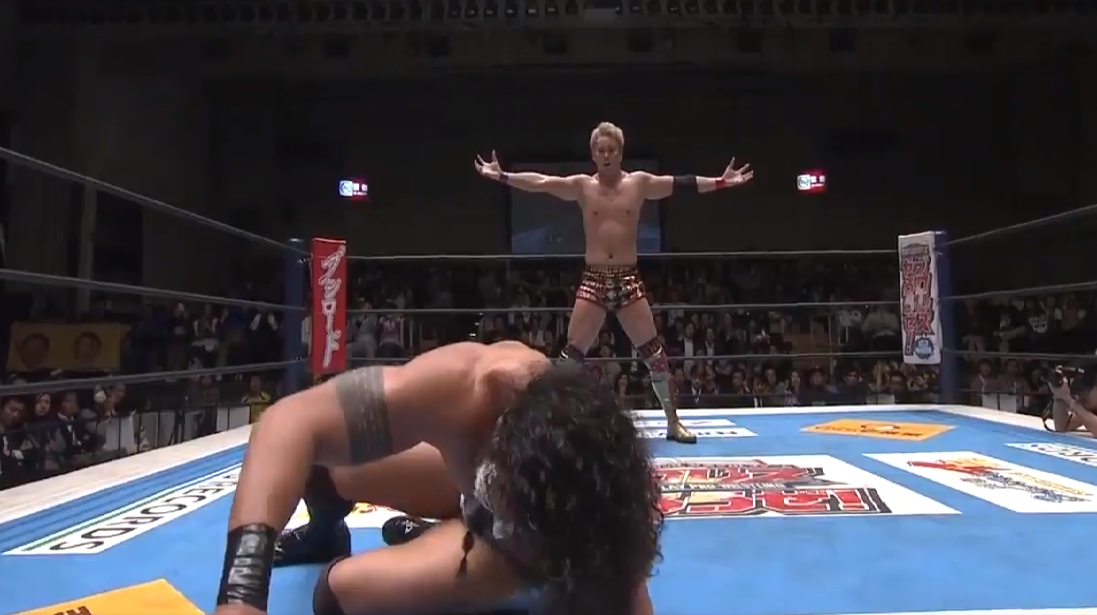 Heading into 2015, the world seemed to be on a plate ready for Kazuchika Okada. The main event of Wrestle Kingdom 9 seemed to be the stage for the Rainmaker to surpass Hiroshi Tanahashi and stand tall as the definitive dominant force  of the modern era of NJPW. The result, however, didn’t go Okada’s way. The Ace had his hand raised, and Okada would leave in disappointed tears.

By the spring, the confident Okada had found renewed focus, and was on a collision course with new IWGP Champion AJ Styles at Dominion. Before he could take the gold he believed was rightfully his however, Okada had to get through the other members of the Bullet Club. At Invasion Attack in Sumo Hall he defeated Bad Luck Fale in singles competition, and rode a wave of momentum through the Dontaku tour. Here in Korakuen, Fale came close to hitting a Bad Luck Fall, but was denied by a massive Okada dropkick before Tama Tonga fell victim to a thunderous Rainmaker. Of note too in this match is Okada teaming with then mentor Gedo; a man who has a very different attitude with the Bullet Club today. 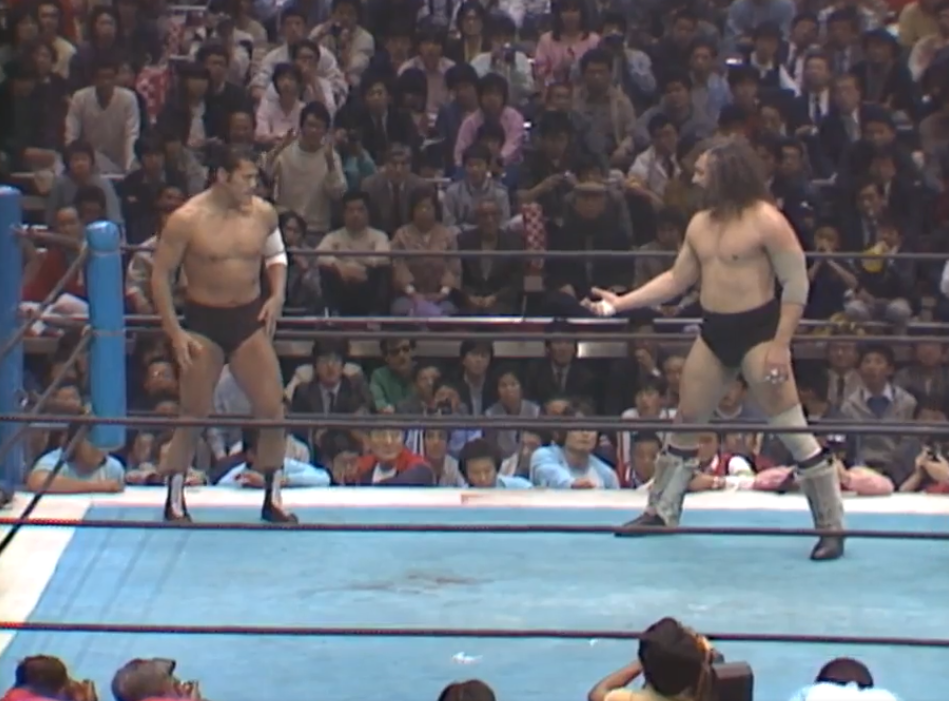 The magnificent Ryogoku Sumo Hall has become a venue near synonymous with major Tokyo events for NJPW. G1 Climax finals, Super J-Cup, all the way to Will Ospreay’s IWGP World Heavyweight Championship win at Sakura Genesis: moments have been made in Ryogoku that echo through the halls, and throughout history forever.

The building was a new one in 1985, however; so new in fact that it had yet to host professional wrestling until NJPW’s Burning Spirit arrived on April 18. Arrive wrestling did with a gigantic main event.

Bruiser Brody was the very vision of a ‘foreign monster’ in All Japan Pro Wrestling through the early 1980s. The lunatic that stormed through crowds, yelling at the top of his lungs and sending fans scattering from the chain he swung with wild abandon inspired admiration and fear in equal measure. This, truly was an uncontrollable beast, and nothing emphasized that point than a sudden jump to NJPW from its biggest rival. If Brody was going to invade New Japan, there was only one reasonable choice for an opponent, and Antonio Inoki soon put himself forward to face the Bruiser.

Brody was confident in his ability to beat Inoki, but also wanted to leave a powerful impression; both before and during his match. Storming through the backstage area, Brody attacked Inoki before their bout, lacerating Inoki’s arm and leading to the NJPW founder making his entrance with a bandage on his left limb. For all Inoki’s burning rage, much of the match was surprisingly scientific; at least, until, the referee was knocked down. There followed an uncontrollable brawl, with Brody landing a brutal piledriver on the floor to Inoki. The match was thrown out, and Inoki would send Brody packing before the night was through, but there was no doubt that Bruiser Brody had made his mark.

April 20, 2019: Living up to the Intercontinental name 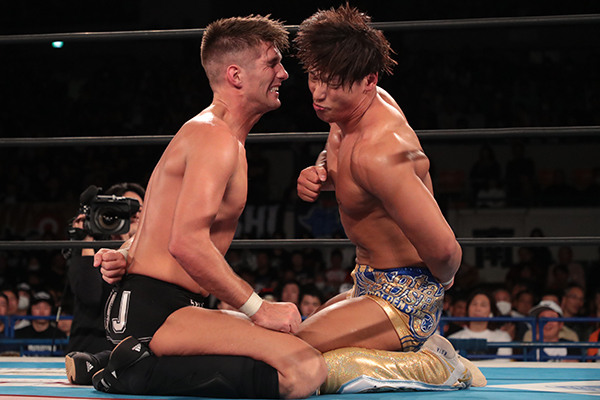 April 2021 was not kind to Kota Ibushi. The Golden Star lost the IWGP World Heavyweight Championship on April 4 in Ryogoku, and has been absent since, with a lot of questions to be answered on his return on April 29 in Kagoshima.

Two years ago, his spring was rather more successful. A victory over Tetsuya Naito during the New Japan Cup put him on a path to an IWGP Intercontinental Championship challenge at G1 Supercard. On an unprecedented Madison Square garden card, Naito vs Ibushi was the only match contested between two Japanese wrestlers, and Ibushi emerged from the high pressure situation with the white and gold belt.

Yet a champion’s work is never done. Ibushi would fall in the second round of the cup to Zack Sabre Jr., giving ZSJ a strong enough claim to be Ibushi’s first challenger. At MSG, Sabre had defended his British Heavyweight Championship against Hiroshi Tanahashi, putting the Ace on the injured list in the process. Now he had a title opportunity at just two weeks notice. Britain versus Japan in title matches from New York to Nagoya; the Intercontinental Championship was aptly named indeed. 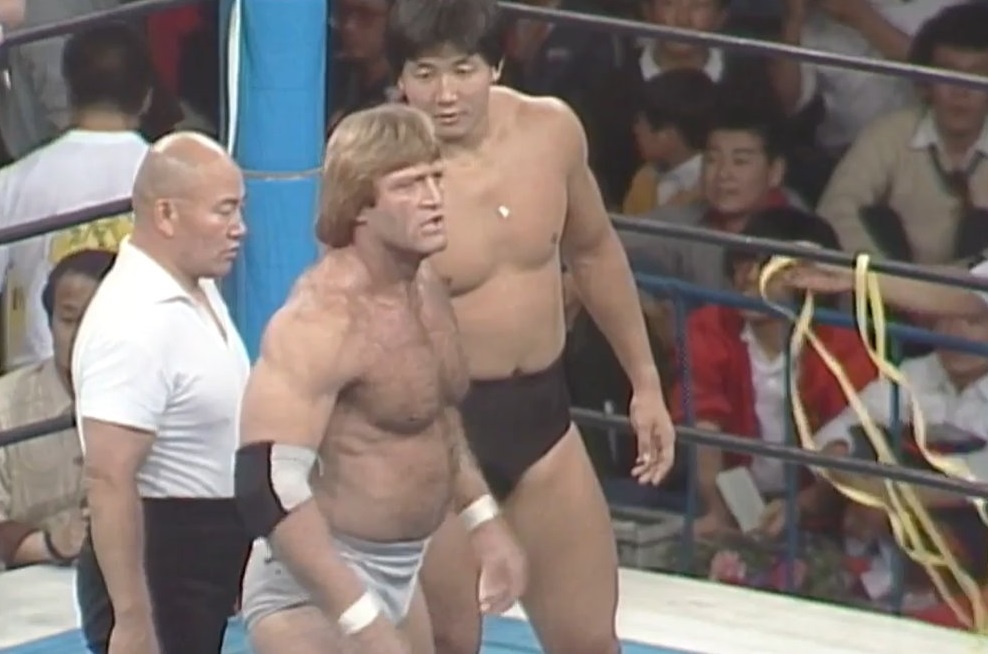 To mark the wrestling melting pot that was NJPW at the time, the International Wrestling Grand Prix was established to take the place of the MSG series. The winner of this international league in the summer of ’83 would call themselves the IWGP Heavyweight Champion, and keep the title until defending it in the tournament the next year- all until the championship became a regularly defended title in 1987.

For the first IWGP league, competitors were hailed from all over the world, with Asia, North America, Central and South America and Europe each being represented. German legend Otto Wanz would be the chief European representative, but joining him would be the unlikely figure of Akira Maeda.

Maeda had emerged in the NJPW Dojo, before going on excursion to Canada and the UK at age 23. There he captured the European Heavyweight Championship on January 26 in a Royal Albert Hall tournament, defeating Wayne Bridges in the final. It was his European Champion status that would earn him the spot in the IWGP League in the summer, but before that, it was Paul Orndorff he was facing in Japan.

Maeda would go on to become a founding pillar in Japanese Mixed Martial Arts, and his NJPW Dojo experience combined with skills learned in Europe made him an intriguing all rounder. With the WWF’s Orndorff, representing contemporary American stylings opposite, it was an very intriguing match on paper indeed. 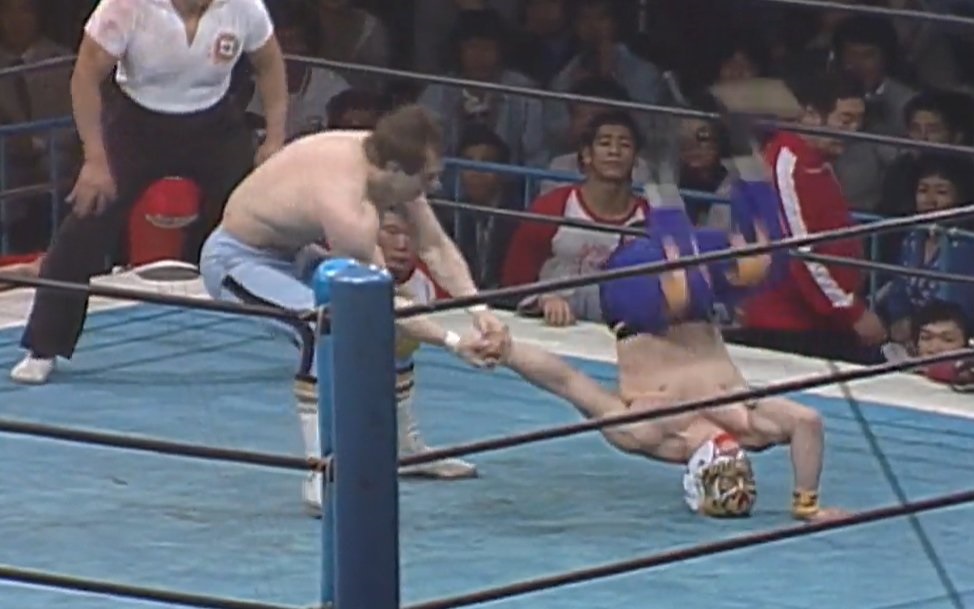 All this opportunity for wrestlers under 100kg would not exist were it not for the efforts of a man making his debut 40 years ago this week. Tiger Mask leapt right from the pages of comic books and off the anime screens straight into the ring, and met an instant formidable match with Dynamite Kid. Fans in Kuramae saw ground broken in a new form of professional wrestling, and quickly became entranced by an iconic and epoch defining character.