Mox vs Nagata set for AEW Dynamite May 12! 【NJoA】 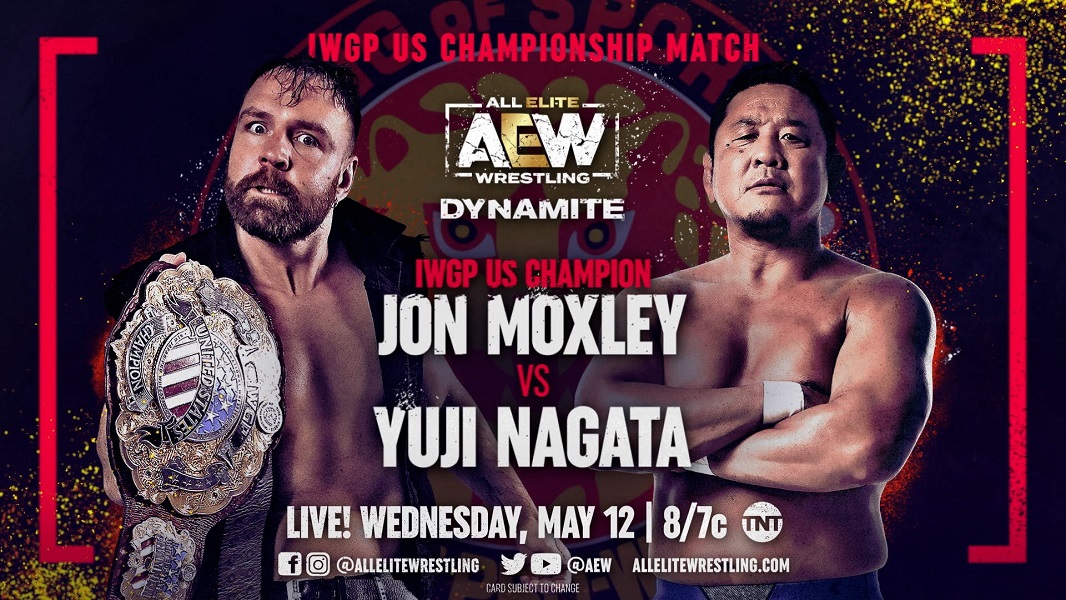 A stunning announcement was made this week after AEW’s Dynamite presentation that Jon Moxley will defend his IWGP United States Heavyweight Championship against Yuji Nagata on Wednesday May 12 on TNT.

Jon Moxley nominated Nagata himself in a video distributed on social media, asking Nagata to ‘bring his six shooter’, while Nagata would respond that ‘real wrestlers have no need for cheap weapons, they rely on their brawn’.

Moxley will attempt to successfully defend his title for the fourth time, in what will be the first IWGP US Heavyweight Championship bout in three years to take place in another promotion. Make sure to tune into Dynamite on May 12 at 8/7c to witness this historic title bout!