This week on NJPW STRONG, Collision arrives to Friday nights with an unbelievable main event. 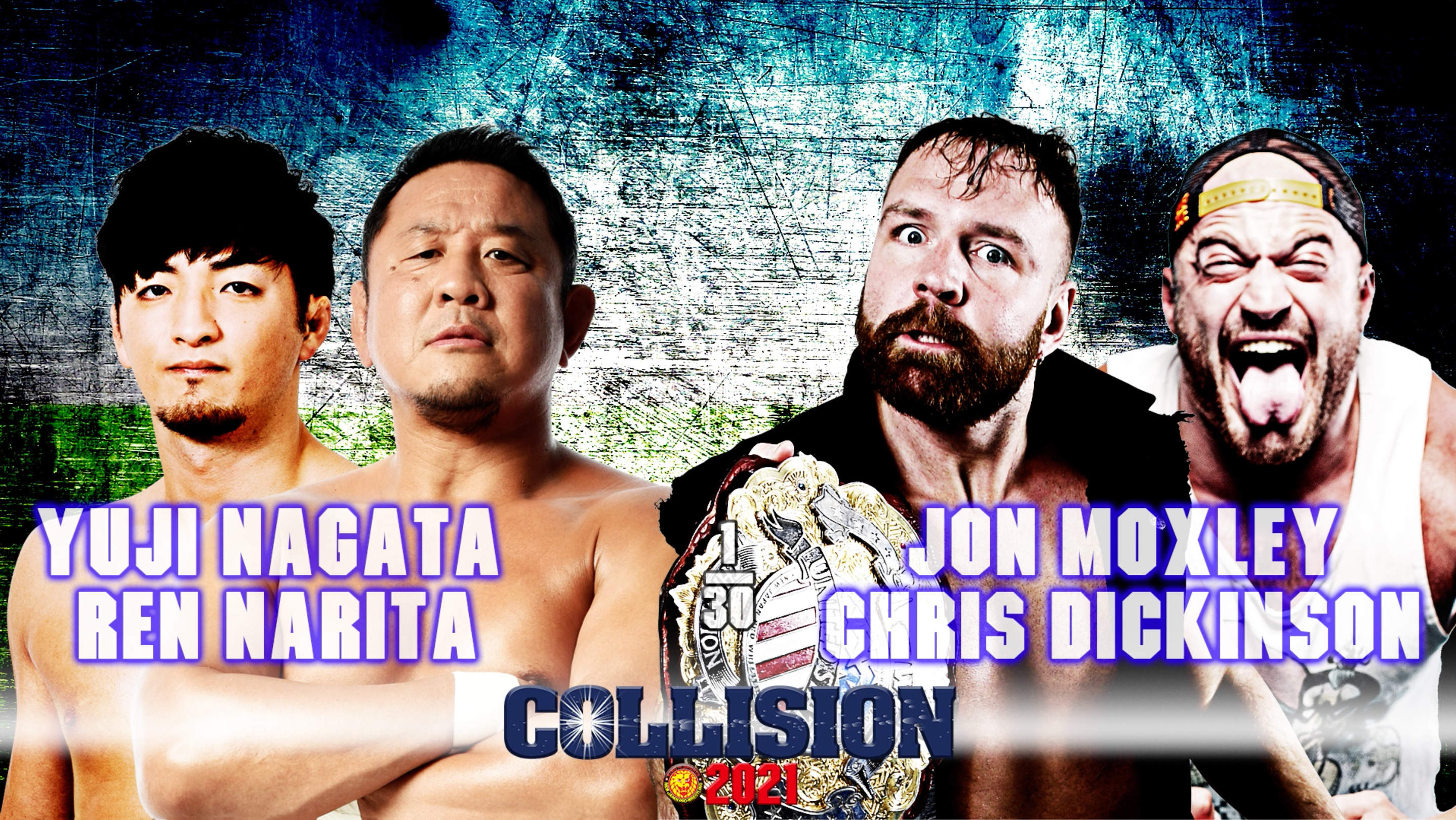 Before Yuji Nagata challenges Jon Moxley for the IWGP US Heavyweight Championship on May 12’s edition of AEW Dynamite, a major tag team preview tonight on STRONG. Nagata’s return to US competition will see him team with his Noge Dojo protege in Ren Narita tonight as the two face champion Moxley and Chris Dickinson.

Narita and Dickinson have enjoyed a phenomenal rise to prominence on NJPW STRONG in 2021, but at New Beginning, it was Narita who proved to be superior to the Dirty Daddy, submitting Dickinson just moments before Moxley made his last US title defence against KENTA. When the opportunity to right the track record, against Narita, and to step up to a modern living legend in Nagata came up, Dickinson leapt at the chance to complete an incredible tag team main event. 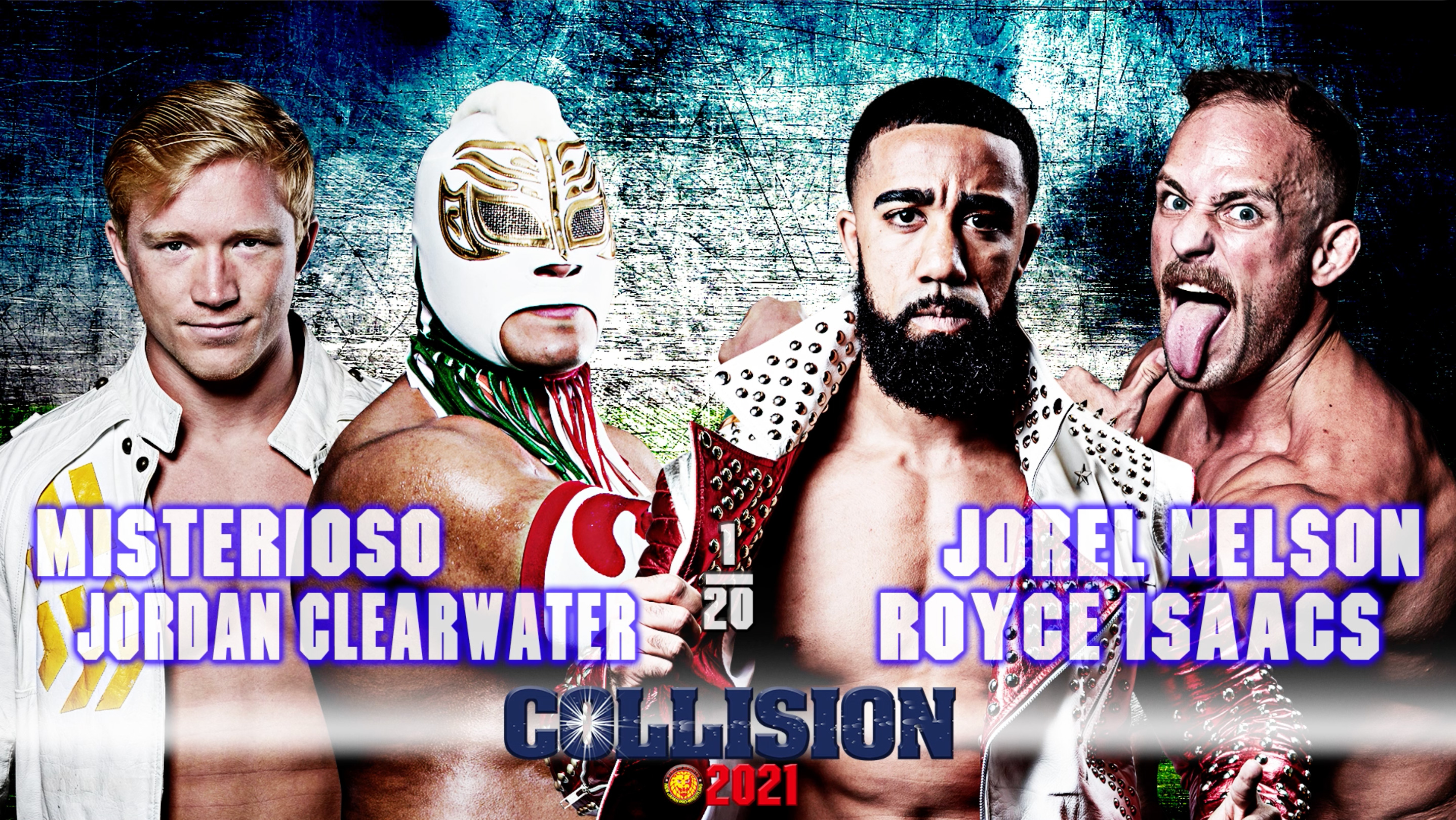 Second on Friday’s billing, Misterioso and Jordan Clearwater will make a formidable combination of speed and strength, against a pair of NJPW debutants with experience as a team in Jorel Nelson and Royce Isaacs. Both Nelson and Isaacs have been racking up the miles in independent outings across the US, and in Isaacs case Japan as well. Can they make a STRONG start against two wrestlers eager to get results on Friday night? 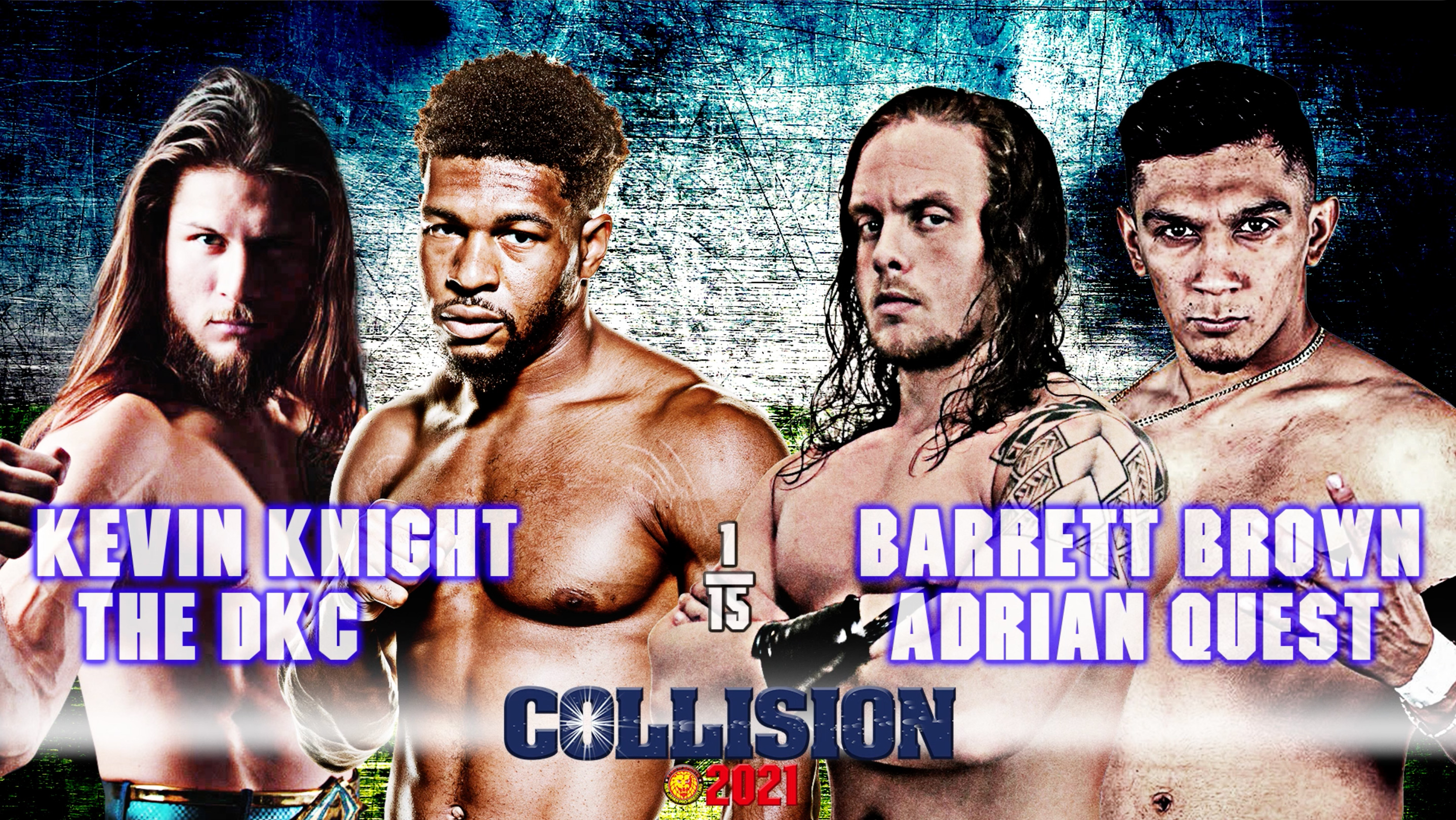 Kicking off tonight’s action, The DKC and Kevin Knight represent the LA Dojo against Barrett Brown and Adrian Quest. Still young in their LA Dojo journeys, Knight and the DKC will be viewed as the underdogs against more experienced competition. Their opponents have the potential to be an impressive junior heavyweight combination on STRONG meanwhile- that is if they can get past communication issues, and the sheer ego of Barrett Brown. Brown has been somewhat overeager to get the spotlight in recent weeks and impress the watching world, but this has often come at the expense of his team. Can he set aside his own personal drive to succeed in order to get tag team victory Friday?