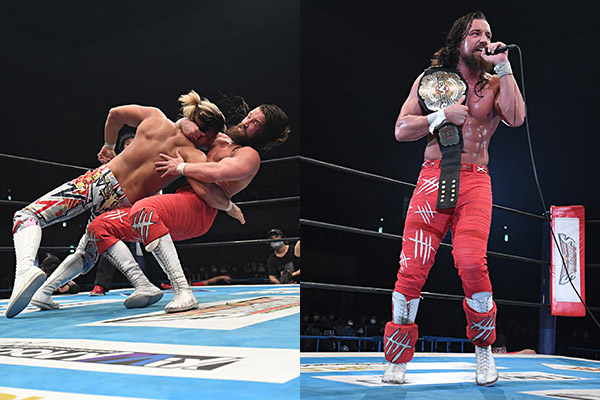 After Tanahashi had talked at length about whether he felt ‘worthy’ to wear rather than carry the NEVER gold, he wore it proudly to the ring for the main event, which started with a forceful lock up, Tanahashi powering Jay into the ropes before both men posed off. Tanahashi would grab a headlock on White; when traditional counters didn’t work for the Switchblade, an elevation to crotch the Ace over the top ropes created an opening that the challenger exploited, cracking Tanahashi’s knee into the hard ring apron. 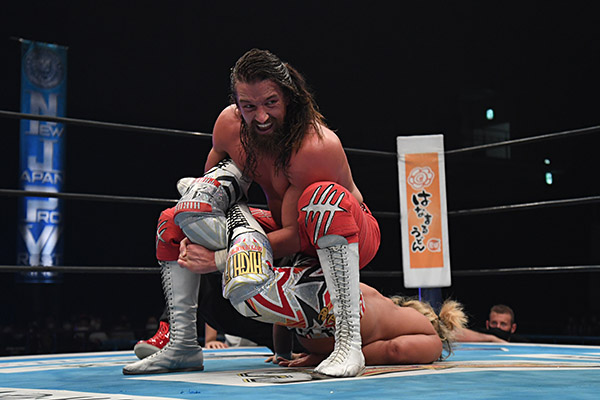 Now in the driver’s seat, White landed a backbreaker and then cinched in an Indian Deathlock on Tanahashi. The NEVER Champion would make the ropes, but would be slingshotted into them in response, Tanahashi unable to get a break in the match until a Dragon Screw finally gave him space.

Tanahashi would connect with strike combinations, a dropkick and flipping senton out of the corner, before starting his own assault on his challenger’s knee at the ten minute mark. Hobbled, White would land a DDT to put Tanahashi on the mat, but winced as he was slow to stand, a basement dropkick again taking the wheels from underneath him. 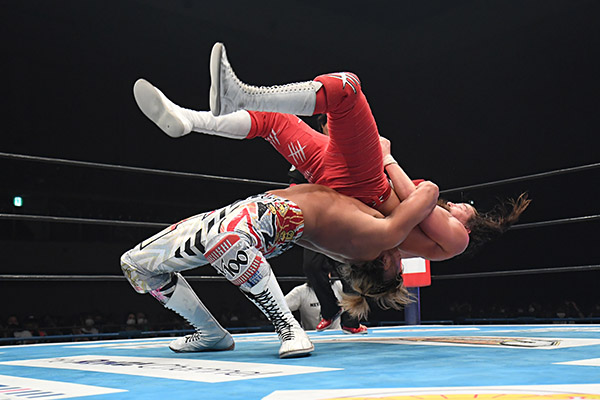 Yet the ever resourceful White would find an answer to Tanahashi by bailing from the ring and wrapping his opponent’s leg around the ringpost. With a trademark Dragon Screw through the ropes on White’s re-entry though, Tanahashi was able to respond, and then go high risk as Aces went high off the top rope all the way to the floor.

Feeling victory could be within reach, Tanahashi wanted Slingblade, but was repeatedly stopped by White before a Complete Shot connected, and the challenger had just enough of a base to score a follow-up deadlift German Suplex. As White went for a Kiwi Crusher, Tanahashi held on and delivered Twist and Shout twice; when his challenger tried to go to ground, the Ace made him pay with a ground Dragon Screw and a threepeat of the Twist and Shout, but was stuffed with a desperation Uranage suplex from White. 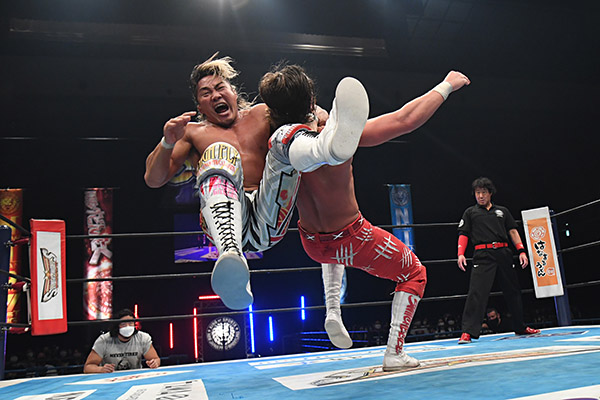 The Snap Sleeper Suplex dumped Tanahashi directly on top of his head, and laid him apparently unconscious center ring. White opted not to go for the Bladerunner however, instead using a ground Dragon Screw and attempting to tap the champion out with his own Texas Cloverleaf. Tanahashi worked out of the hold, but directly into the TTO; Tanahashi screaming in pain as he barely made the bottom rope.

As the 20 minute call went up, White went low with a chop block to Tanahashi, but the Ace escaped another sleeper suplex with a wild open hand slap. Jay powered out of the full Nelson that would have led to a Tanahashi Dragon Suplex, only to find himself trapped in a Straightjacket German; Slingblade followed, but White caught a High Fly Attack and went for the Bladerunner before taking the champion down into TTO again. 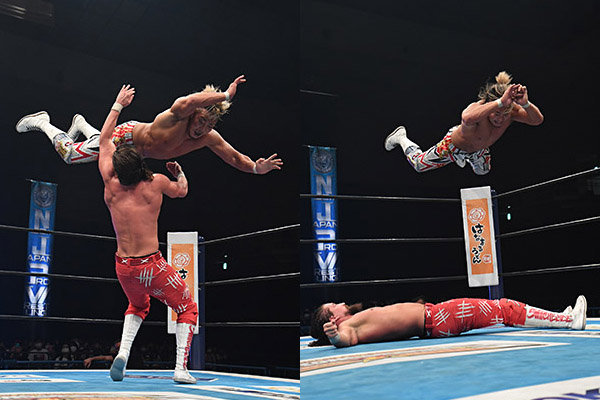 Tanahashi managed to make the ropes yet again to save the match and his title, but after a lengthy period in the hold, was in serious danger. Tanahashi would hold onto the bottom strand as if it represented his championship or even his career, a strategem that saw a frustrated White caught with a Dragon Screw at 25 minutes.

The challenger responded in kind, and then kicked the Ace’s kneecap from underneath him as both men fought through pain and fatigue. Desperate, both men tried to grab a hold on the other’s knee, before choosing instead to trade forearm shivers. The match moving past the 30 minute point, White delivered a back elbow in the corner, and a second as referee Red Shoes Unno asked the champion if he could continue.

As Tanahashi had no leg to stand on, White seemed to savour the destruction of the Ace, pulling him up to taste defeat, but the Ace was able to dig down with a wild lariat. Another Dragon Screw, this time with both legs in the corner would finally give the Ace time to find steady footing, and Tanahashi went for Slingblade; a Bladerunner counter was stopped with a duo of the signature hold, and adrenaline powered Tanahashi back to the top rope. A High Fly attack took White down, and the High Fly Flow, hard to both knees of his challenger opened the door to a Texas Cloverleaf. 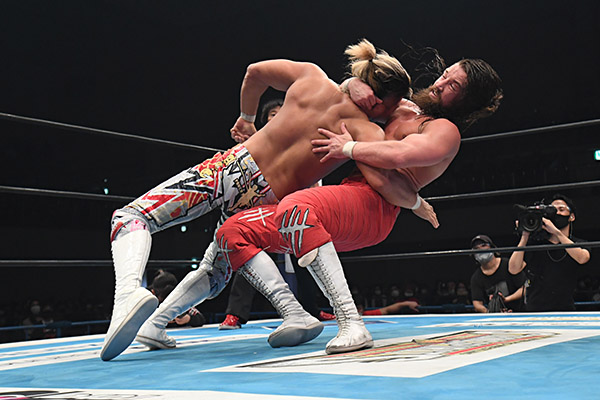 As White tapped frantically, Gedo got on the apron to make sure the call wasn’t made. The Ace took care of Gedo, but almost fell to an inside cradle, and then a backslide with both feet on the ropes, Tanahashi still hanging on to the match. Tanahashi once again went for a Dragon Suplex, but was pulled in by his challenger, a Bladerunner granting Jay White the NEVER Openweight Championship and completing his personal grand slam.

Post match, and citing a desire for revenge after his New Japan Cup exit, Jay White issued a challenge to David Finlay, who is currently competing in the US for IMPACT Wrestling. Will Finlay answer the call to do battle with his former Dojo training partner turned bitter enemy? 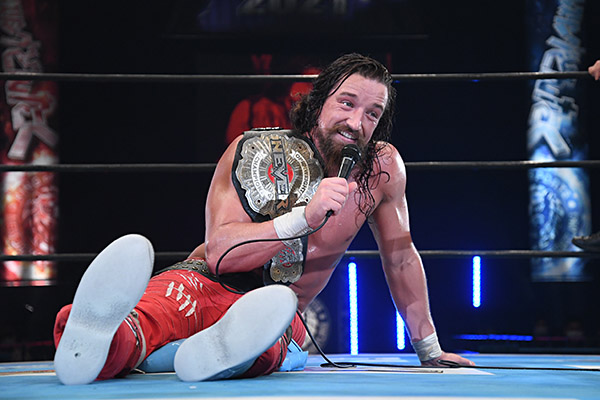