Zack has the Tekkers to get past Loa 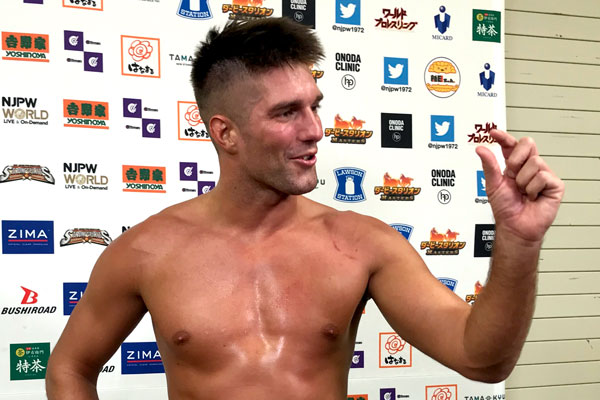 With stakes high, Sabre was wary to engage at the bell, before a firm lock up showed Loa’s power, the BULLET CLUB member easily bringing Sabre to the ropes. Immediately after though, it was Sabre’s speed being shown, a sunset flip, schoolboy and then ground cobra getting a series of two counts to the Fukuoka crowd’s delight. 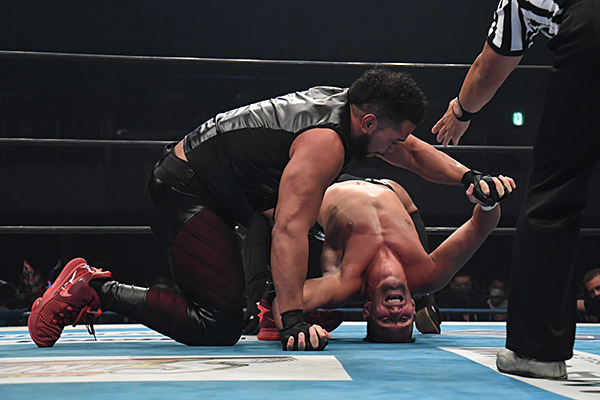 When Loa got some distance to his opponent, the Silverback was able to drive his opponent to the floor with a tackle, before working a Greco Roman knuckle lock, and executing a front suplex, attempting to pin down the Briton while Sabre bridged up. ZSJ would stomp the left arm of Loa, but would get popped with a hard right forearm as the tag champion’s power came to the fore at the five minute mark.

A hard powerslam scored for Loa, who followed with a choke as an added insult to Taichi waiting backstage. Sabre is familiar with fighting from underneath though, and caught Loa with an impressive swinging DDT before following up with a European uppercut in the corner. Going back to the left arm of Loa, a bicycle kick and heavy stomp had Loa in significant trouble for the first time in the match. 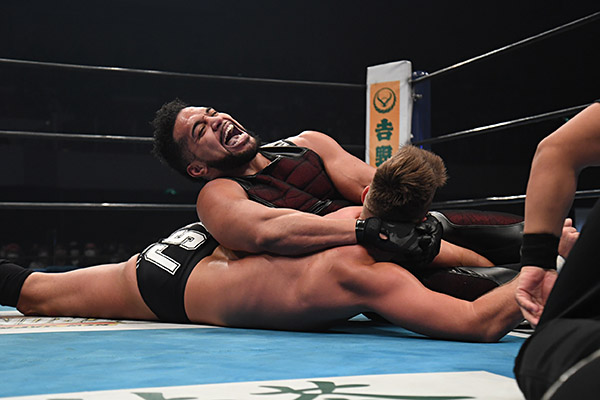 Loa tried to power out of Sabre’s grasp, eventually driving the Briton into the corner to get some space. ZSJ would avoid an enzuigiri and connect with a PK, but Loa was able to sink in the OJK submission hold, getting some respite while putting punishment on his opponent, who crawled over to the ropes.

With Sabre’s neck tweaked in the hold, he was a captive passenger for a long delayed vertical suplex from Loa, who headed upstairs, but missed a splash. Sabre immediately went to the arms of his opponent, tying him up in a modified Clarky Cat , the right arm extended with the left in a hammerlock. Somehow Loa made the ropes, but as the match continued, it was clearly taking its toll on both men. 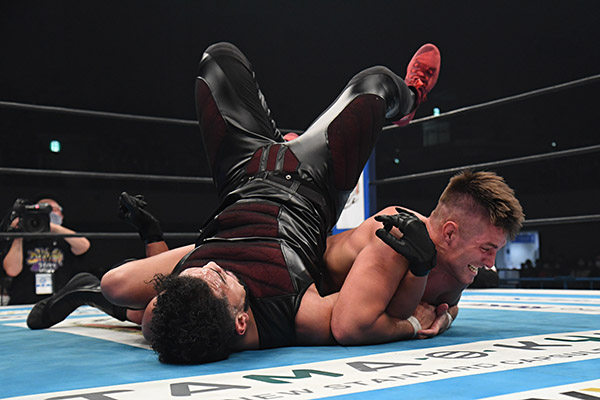 ZSJ followed, looking for Hurrah, Another Year…, and though Loa went low to block the hold, he was caught with a European Clutch for a nearfall. The tag champion did find a spear however, and then a powerbomb which got two of his own. As the match hit the 15 minute mark, he connected with an enzuigiri and looked for Apesh*t, but was caught with a backslide to give Sabre the victory. Dangerous Tekkers will now be able to challenge the Guerrillas of Destiny at a future event- when and where?