Sudden Death strikes in Phantasmo debut, Juice not as successful against Gallows 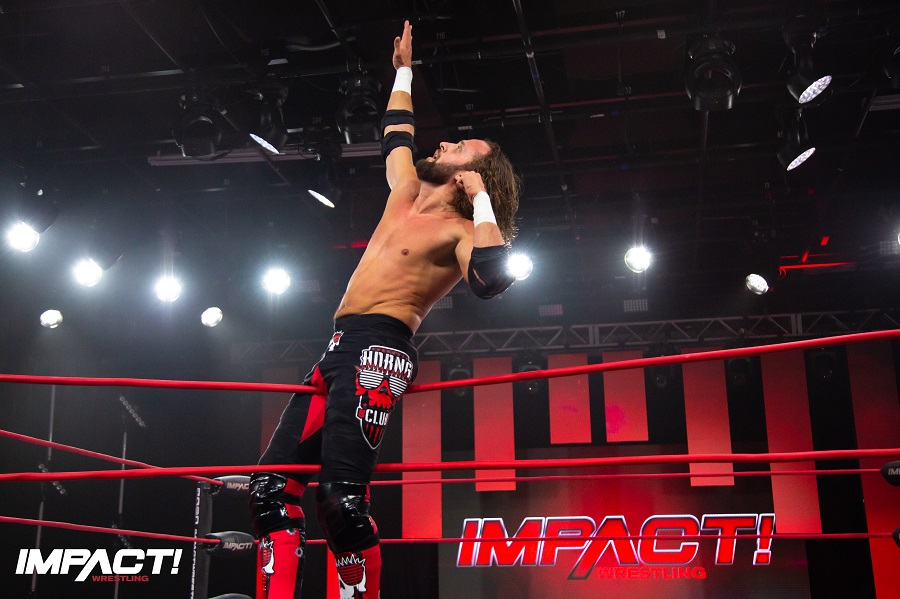 El Phantasmo made his IMAPCT Wrestling debut on Thursday May 6, with a convincing victory over fellow IMPACT debutant VSK. VSK surprised Phantasmo early with a flurry of moves, but ELP responded in typically aggressive and arrogant style. A back rake and tree of woe preceded a high cross and springboard moonsault for Phantasmo, and when VSK started building momentum, the result was a twisted nipple. Sudden Death followed to grant victory to ELP. 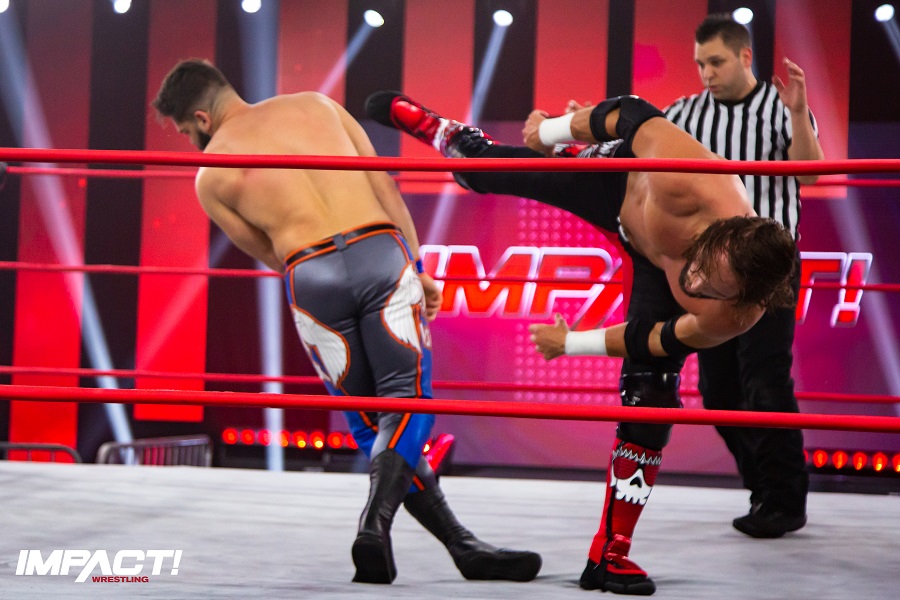 Also on IMPACT this week, one half of the IMPACT Tag Team Champions Juice Robinson faced Doc Gallows. At IMPACT’s Rebellion event, FinJuice retained their tag gold against Gallows and Karl Anderson, leading to Gallows challenging Juice to a singles bout. 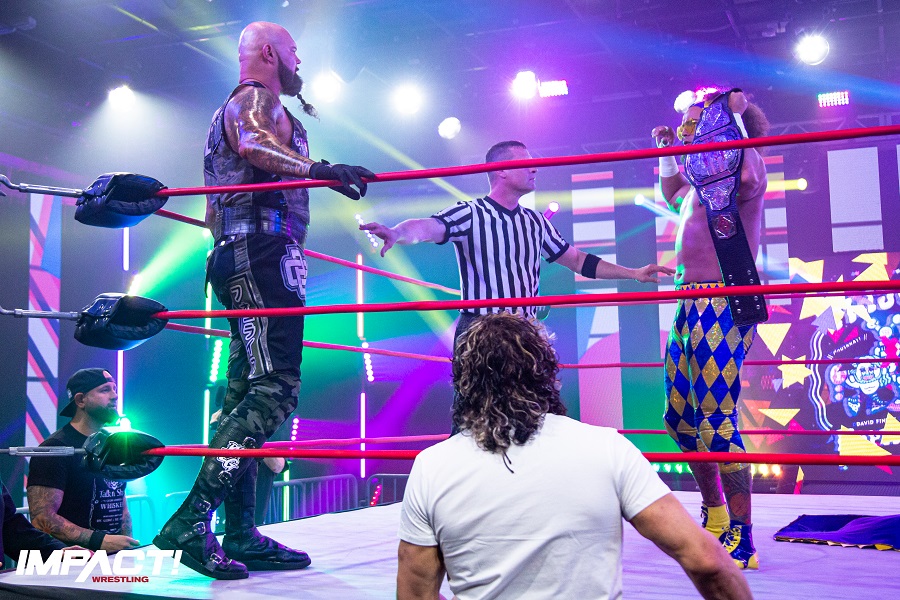 With Anderson, IMPACT/AEW World heavyweight Champion Kenny Omega and Don Callis in his corner, Gallows immediately set a high pace and violent temperament to the match, but Robinson withstood punches and rakes to the eye before hitting a cannonball in the corner. When Juice went to the top rope however, he was cut off by a Gallows right boot, sending him tumbling to the floor. 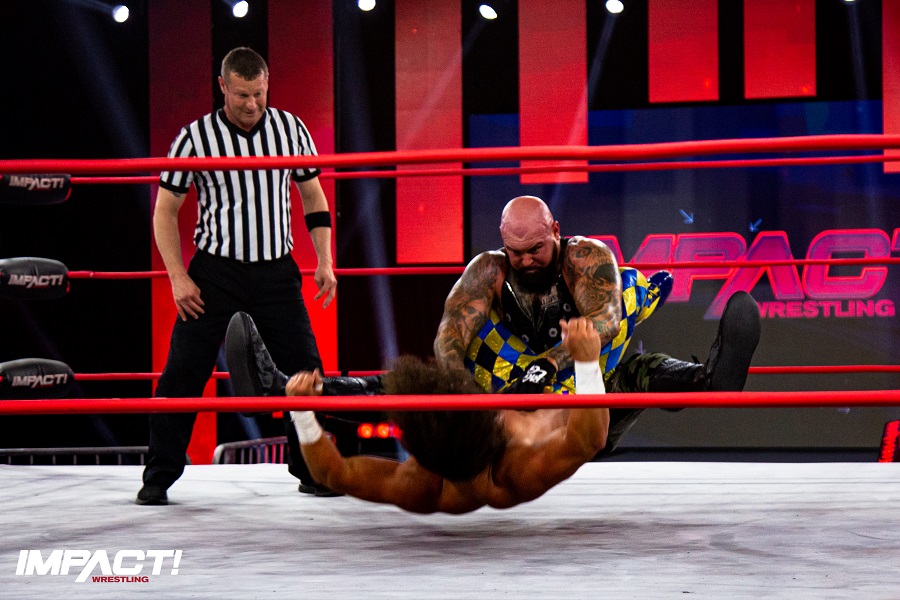 Gallows pounded away at Juice, before biting at Robinson’s head and landing a body slam, but as gallows closed in for the kill, Robinson evaded contact and scored with a short DDT for two. Juice connected with the Left Hand of God, but before Pulp Friction could end the match, Anderson and Omega hopped on the apron. Taking advantage of the distraction, Gallows landed a Choke Bomb to secure victory. 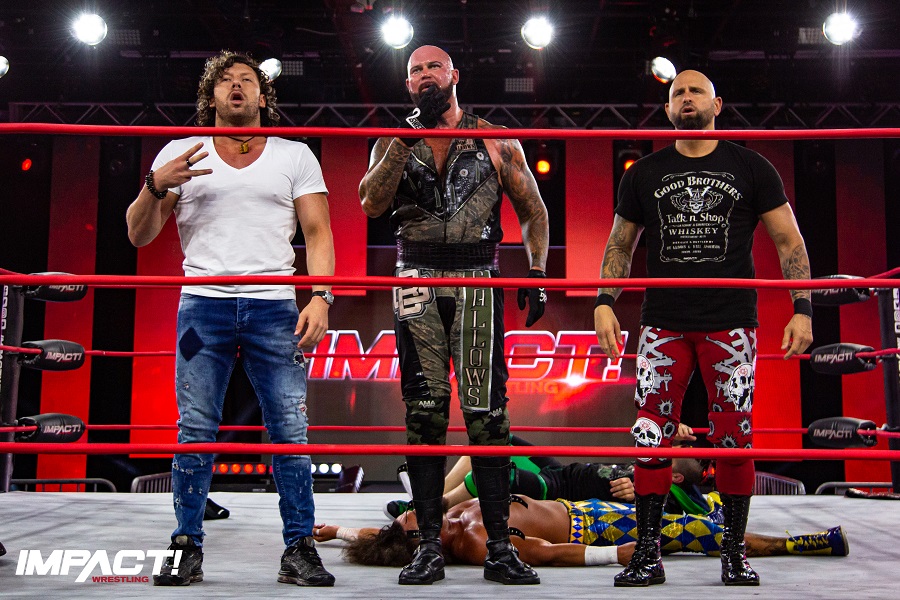 Post match, FinJuice were victim to a post match assault from Omega, Anderson and Gallows, Eddie Edwards rushing to the ring, but also being attacked as Omega and the Good brothers stood tall. FinJuice and Edwards will team against the Good Brothers and Omega at IMPACT’s Under Siege event on May 15.