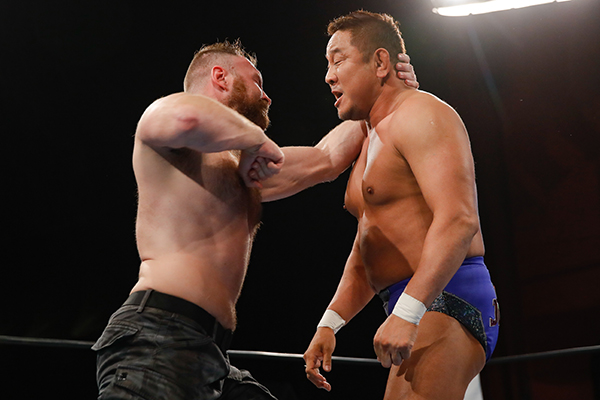 The main event this week on NJPW STRONG saw Jon Moxley make his Friday night return for a preview of his IWGP US Heavyweight Championship match Wednesday on AEW Dynamite, teaming with Chris Dickinson against challenger Yuji Nagata and Ren Narita.

Nagata and Moxley wasted no time in trading blows from the jump, before tags on both ends to Narita and Dickinson. The Dirty Daddy and the LA Dojo member picked up where they left off at New Beginning USA with an even exchange before Dickinson powered Narita into the corner. Moxley would capitalize, sending Narita into the ringside steel, which proved to be a turning point in the match. 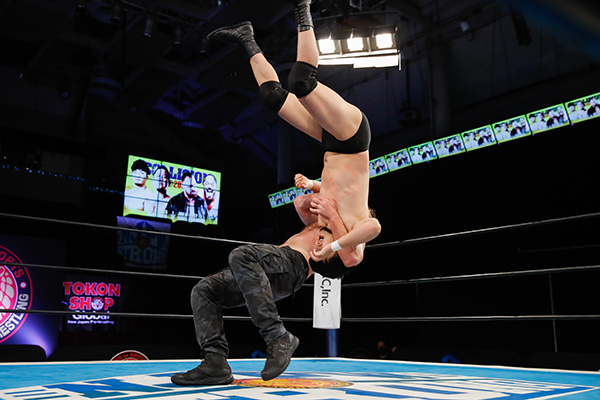 With an STF and harsh strikes, first Dickinson and then Moxley tortured Narita before a big front suplex opened the door to a tag to Nagata. Nagata landed a boot in the corner and underhook suplex, gaining two from the referee, but strikes from Nagata fired up the Dirty Daddy, and a Dragon Screw brought Moxley back inside.

Mox and Nagata traded center ring before a lariat took the US number one contender down. Moxley capitalized with the Bulldog Choke, but an exploder put the US champion to the mat, bringing Narita inside for more tag team offense. As the match broke down, Nagata and Dickinson brawled on the floor, with Narita landing the Narita Special for a nearfall on Moxley, but a second attempt was denied with a German suplex and then Death Rider for three. 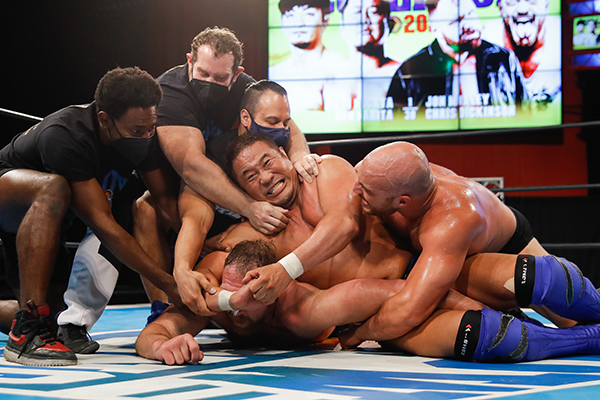 Post match though, Nagata hit the ring to take down his Dynamite opponent, locking in the Nagata Lock II. Will that be the result Wednesday on TNT? 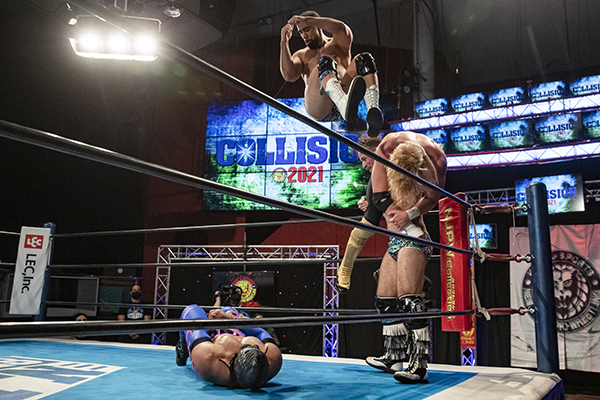 Also on STRONG this week, the West Coast Wrecking Crew team of Royce Issacs and Jorel Nelson debuted in impressive form, Nelson’s Rooftop Elbow Drop and then the Movie on the Roof sealing the deal on a debut win over Misterioso and Jordan Clearwater. 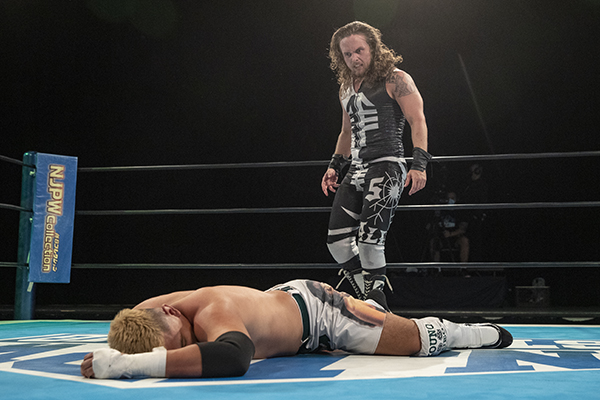 The night’s opener saw Barrett Brown and Adrian Quest victorious over Kevin Knight and the DKC, but throughout, Brown’s ego continued to be an impediment to his team. After a blind tag and standing Shooting Star Press got the victory for Quest, Brown could no longer stand being out of the limelight, and attacked his own tag team partner. What will happen next between .50 Caliber and Young Fuego?