What next: Kota Ibushi Interviewed (1/2) 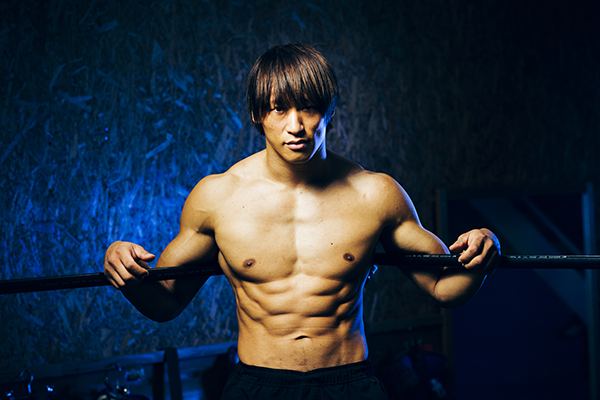 Kota Ibushi started 2021 by completing his ascent to the top of the mountain, seizing double IWGP gold in the Tokyo Dome, and retaining it through the early part of the year. Unifying Heavyweight and Intercontinental Championships under the banner of the IWGP World Heavyweight Championship, Ibushi made history, but had the weight of the world on his shoulders. Now, after a Ryogoku defeat to Will Ospreay and with future uncertain, what’s next for the Golden God?

This place really represents me 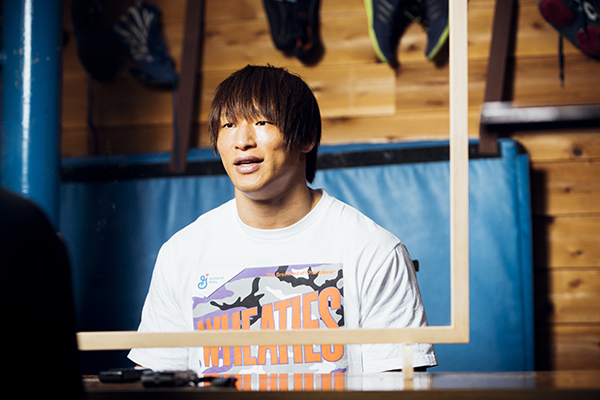 –It’s been quite a while since we’ve been in here in your personal dojo.

–Not particularly… This has been your secret hideout for a while.

Ibushi: Yeah, it’s kind of my secret base, shut off from the real world. Maybe it isn’t part of the real world at all… I’ll leave that up to your imagination (smiles).

–For somewhere that exists outside of reality, you do post a lot of photos and video from here on your social media.

Ibushi: Right. This property actually belongs to someone close to me, but I’m pretty much the only one with a key. It’s really for me and me alone, so the only way any photos or anything get out of here is if I allow it. This place is what really represents me. It is me, essentially.

–So in a sense we’re sitting here and talking in your own mind palace so to speak. 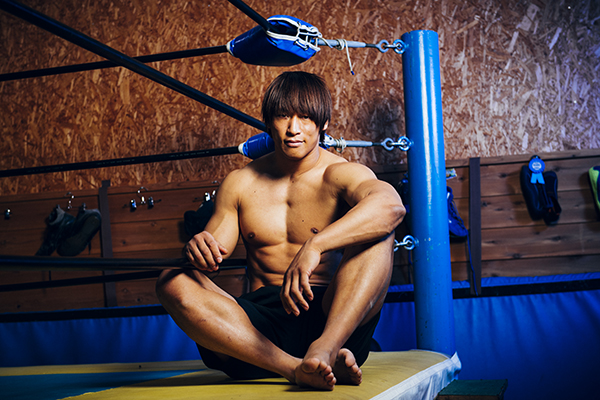 –You’ve trained with wrestlers from other organizations here. Have other NJPW wrestlers come here?

Ibushi: Right. It was just after he came back. He came out with our trainer, Sugano-san. He was working on a couple of new moves, and had ideas in mind, but wasn’t sure if he could physically make it work, so we tried some stuff out here. Master Wato has come out here, too.

–Really? He’s talked in the past about looking up to you.

Ibushi: I gave him some advice on how to tweak that RPP finish of his. If you come through these doors, I’ll teach you whatever I can.

–Wato often comes to you for advice before events while everyone is warming up.

Ibushi: We haven’t been able to run into one another at venues recently, but yeah. He’s fairly similar to me when t comes to in-ring style, and I’ve given him a few pointers when it comes to his kicks. But in the end, he is who he is, and that’s all in his true born NJPW roots. I think it’s important that everyone has their own sense of individuality; all I do is give some pointers. It’s never ‘do it like this’, it’s always, ‘well, I do it this way’.

— I know you tend to really push yourself at the end of your training sessions.

–Did you do that with Wato and YOH?

Ibushi: A little modified maybe, but yeah, pretty much. Everyone always talks about how tough it is.

I woke up and it hit me that belt wasn’t there. 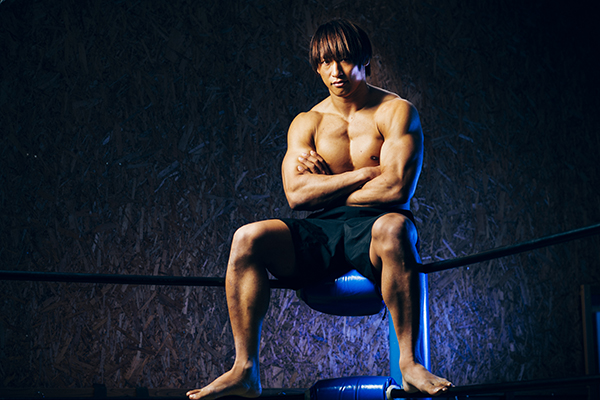 –You took some time off after your defeat to Will Ospreay on April 4 at Ryogoku. How are you feeling right now?

Ibushi: The day after Sakura Genesis, I did nothing but sleep.

Ibushi: Pretty much. Like a reset button, I’d been under so much strain and it was like I needed to power down.

–You were really pushing yourself hard since you won the double titles. pretty much three months flat out.

Ibushi: So much had been going on, I just hadn’t caught up with reality, it seemed like. I figured I’d sleep all day on the fifth, and then when I woke up on the sixth, it hit me the belt wasn’t there. That’s when I went ‘oh, wait, hang on, it isn’t winter anymore’.

–you hadn’t noticed the seasons.

Ibushi: It was like ‘what happened to winter?’. Like I was coming out of a time machine. ‘what’s the date? What month is it?’ It seemed incredible to me that the cherry blossoms had come and gone.

–That’s how focused you were on what was in front of you as champion.

Ibushi: Exactly. I had these blinders on, completely absorbed. Ever since the G1, I think, really. I didn’t go out at all, y’see. And then, it was I guess the eighth or the ninth, I went to see the doctor about the foot issues I’d been having, and it suddenly hit me ‘ah, I’m on holiday!’. That’s when I started seeing everything differently.

–You saw the outside world differently?

Ibushi: I saw people differently. I was getting treatment in Daikanyama in Tokyo, you go through Shibuya to get there. Shibuya’s a trendy place, and I was just watching people as I was going through Shibuya, and I really thought ‘ oh man, people have changed a bunch’. It was like I was coming out of a coma. I hadn’t seen the outside world for six months.

One thing went into the next. 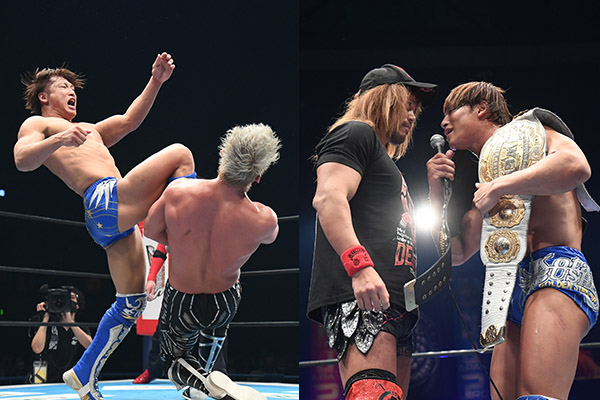 –So let’s look back on that hectic period in your life. Nothing said ‘punishment’ quite like the two nights you had in the Tokyo Dome, first against Tetsuya Naito and then Jay White.

Ibushi: I’ve said it before, but I think looking back, I still would have preferred to face Jay White on January 4 and then Naito on night two. I think that would have cemented me as a champion better.

–You had lost your G1 briefcase to Jay White, who chose to challenge the champion on night two of Wrestle Kingdom.

Ibushi: As it was, even though I’d beaten Jay on the fifth, it didn’t feel like a culmination. Finally winning those titles on January 4 felt a little anticlimactic, because I knew I had the next day as well.

–It was certainly an unusual set of circumstances, but that unusualness followed in February. You faced SANADA on February 11 while talking about wanting to unify the titles, and that shaped your February 28 match with Naito as well.

Ibushi: Everything was connected. After Hiroshima on the 11th, i think we had two days off, and then it was straight into the next tour. Even on those off days I had promotion work to do. So it was non-stop, just all of a sudden my opponent had changed.

–You had to suddenly change gears from SANADA to Naito.

Ibushi: Right. Normally before a tour starts, there’s a process. Like ‘OK, who’s next? This guy? Let me do my homework and get set’. But there wasn’t that luxury that time.

–That match was just for the IWGP Intercontinental Championship…

Ibushi: Naito had always only wanted the IWGP Heavyweight title, so here the sense I got was that he wanted to take that title so he could destroy it. The theme was really one of me protecting that (Intercontinental) title.

–You always argued that both were the top titles, not number one and number two.

Ibushi: Absolutely! I don’t think anyone was more attached to those titles than me. 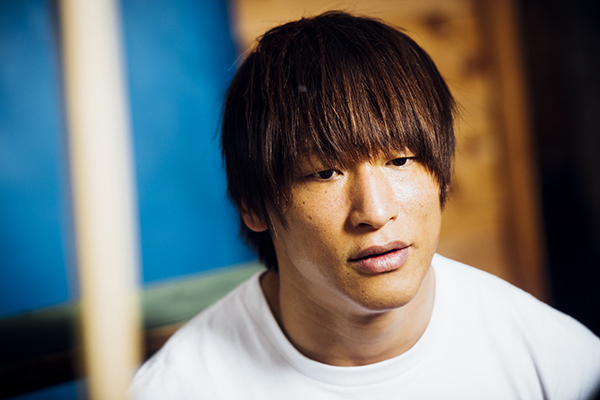 –In the end, those titles were unified under the IWGP World Heavyweight Championship. It was a decision that drew a very mixed reaction…

Ibushi: Mixed, I don’t know. I think from fans and wrestlers alike, I’d say 99% were against it.

–There was quite a lot of criticism online.

Ibushi: Right. But that was a river we had to cross, I think. Just something I had to take and move on.

–Did you look at a lot of those comments?

Ibushi: From time to time, yeah. But not much.

–But all the same, there was quite a hostile atmosphere.

Ibushi: Yeah. You know, I get it, I do. It was one of those things where people told me what was happening, and then I went to see what everyone was saying for myself. Then, ‘Ok, so that’s how it is’, and move on.

–And then you faced El Desperado not one week after Naito, on March 4 at Anniversary, with the winner becoming the first World Heavyweight Champion.

Ibushi: Yeah. Four days later and here was another title match. There was no time to come up for air. 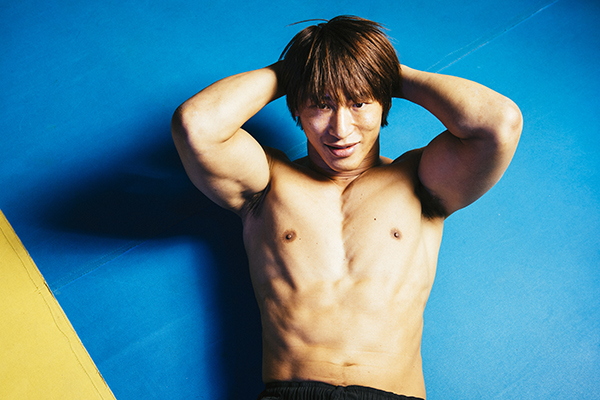 –Just before that match in the Budokan with El Desperado, Shinsuke Nakamura tweeted ‘magic never fades’. He left it at that, but with Nakamura so tied to the IWGP Intercontinental Championship, it seemed like it was an allusion to the unification.

Ibushi: As soon as he said that, I got this sense of danger about everything.

Ibushi: If the Intercontinental Championship faded away, that would be a dangerous situation. I think he was talking about the heavyweight title as well, in a way.

–It was about how the World Heavyweight Championship would be perceived, the value of that title?

Ibushi: Right. but I knew that I was able to carry that responsibility, so I replied ‘nothing will ever fade’.

–While you were going through that period, was there anyone encouraging you at all?

–Hiroshi Tanahashi was quite concerned about you.

Ibushi: I’m grateful for that! I am, but in the end, I do things alone. That El Desperado match, he had Suzuki-Gun with him, but I didn’t have anybody from hontai. Not that I wanted anyone… Well, maybe a little, heh.

–So you do want someone with you?

Ibushi: It’d be nice. But not to the level that I would go to someone and ask them to corner me. At the end of the day, it’s my battle to go into alone.

–After that there was the World heavyweight Championship reveal in Korakuen.

Ibushi: Right. What did they call it? The presentation ceremony? That’s when it truly felt real, like it was really happening. It was a really emotional thing.

Ibushi: It was a big change, but it was a change with the times. Having a World Heavyweight Championship is a clear sign that we aren’t limited to Japan, but the whole world. We have matches in the US, we have KENTA and Yuji Nagata on AEW, Juice Robinson and David Finlay on IMPACT. That belt tells the world that we are a big force on a global scale. 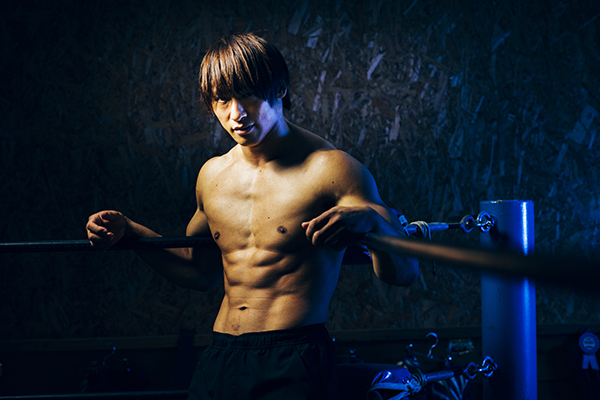